Noah Brown is the youngest son of matriarch Ami Brown and patriarch Billy Brown. Noah and his wife, Rhain Brown, are one of the most controversial pairing the show. The couple even lives separated from the Brown family due to some family issues.

Are you curious to know all about the reality star, Noah, and his love story? If you are interested, then keep reading that we have uncovered of this Alaskan Bush People star.

Noah Brown was born as Noah Darkcloud Brown on July 18, 1992, and is 28 years old. He is also known as “Mr. Fix-It” who rose the fame after making his appearance in the reality show Alaskan Bush People. Noah has four older brothers; Matt, Bam Bam, Gabe, Bear, and two younger sisters; Snowbird and Rain. 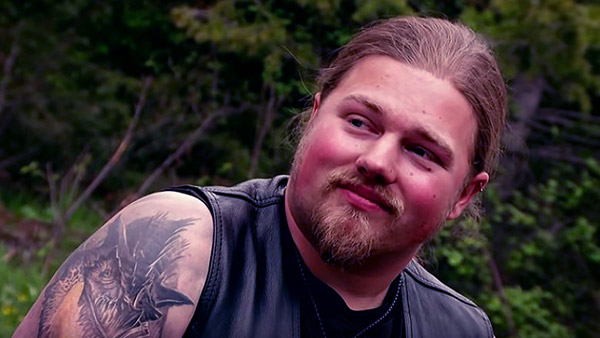 Caption: Noah Brown is the youngest son of Billy and Ami, among five sons

Noah is the Inventor of the Brown Family

He is quite different than his other siblings. The reality star loves books from the seventeenth century and reads two or three books in a week.

He has always been a can-do kind of guy. Noah is a dreamer and inventor of the family. From an early age, he likes to take things apart, and later he put them back together, just to see how things worked. He did not get the title of Mr.Fix-it for anything.

His room is cross between a metal fabrication shop and a science laboratory. Every morning, Noah’s first thing he doe after getting up is a Tai Chi routine on the hill as the sun rises. Further, he is an avid bow hunter.

Noah Brown and Rhian Brown Are Together Since 2018

Noah is a lucky guy who able to love his life. The Alaskan star married his girlfriend-turned-fiancee, Rhain Alisha, on August 15, 2018, in an intimate Idaho ceremony. 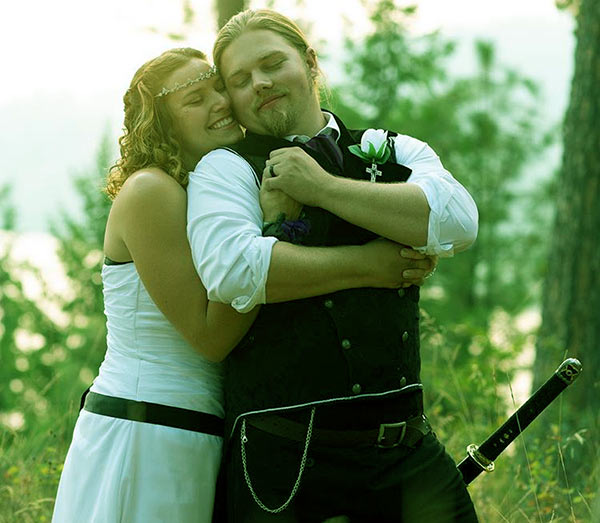 On the wedding day, Noah wore a suit from a smattering of places, whereas, Rhain Noah wore a white gown from David’s bridal. Ami gave a blue stone ring for her bouquet. During their wedding, Noah’s wife was three months pregnant.

Ami’s son Noah Moved to Colorado After Some Family Drama

There’s no secret that the Alaskan Bush People cast lives off the land in the remote areas. But it was a huge surprise when fans learned in 2019 that Noah and Rhain left their home and went to Colorado.

Radar Online told that the family didn’t leave on good terms after Rhain got into a fight with Snowbird Brown.

If you have noticed, then you probably know that Snowbird has always been open about her issues with Noah’s wife. Snowbird admitted that she wasn’t close to Rhain. The bond of the Brown family changed after the first-ever outsider came to be a perfect fit for the family.

After six months of Noah and Rhain’s wedding, they welcomed their first baby boy, Elijah Connor Brown, in February 2019. Noah even shared this good news to his fans via social media that the baby’s happy, healthy, and perfect. 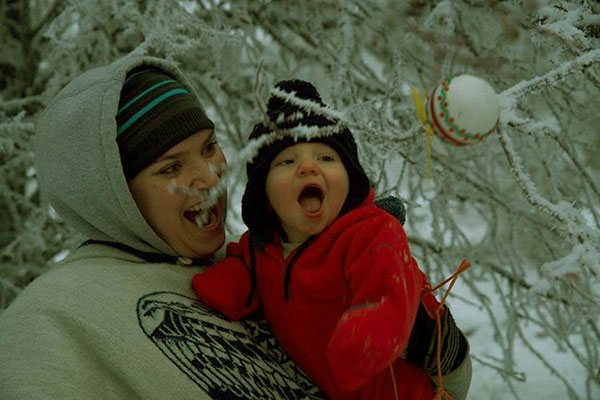 Elijah Connor is the first grandchild for Billy and Ami Brown. Noah’s on turned one year on February 26, 2020. Noah shares numerous pictures of his son on his Instagram. In October 2019, Noah took to Instagram and posted a photo and video of his son where he wrote; his son’s teeth were coming.

Well Elijah's teeth are really coming in and this is a video of the first time he brushes his pearly whites. We do not want anyone to miss Eli's firsts for brushing his teeth, talking, walking and everything else. Enjoy

Noah Brown’s Net Worth is Impressive

Noah is a reality star and an inventor. He is always experimenting with new things for his faking to their life better. The Alaskan Bush People make good money from the shows, which is quite enough to make a living.

His whole family has appeared in the show, and each cast member makes thousands of dollars. Noah made his first appeared on Alaskan Bush People on May 6, 2015.

A few years back, Noah’s family has a deal with many circumstances. Amora, aka Ami Brown, found herself at the centers of the headlines in 2017. Noah’s mom was diagnosed with lung cancer and given a three percent chance of survival. She underwent treatment and chemotherapy for three months. 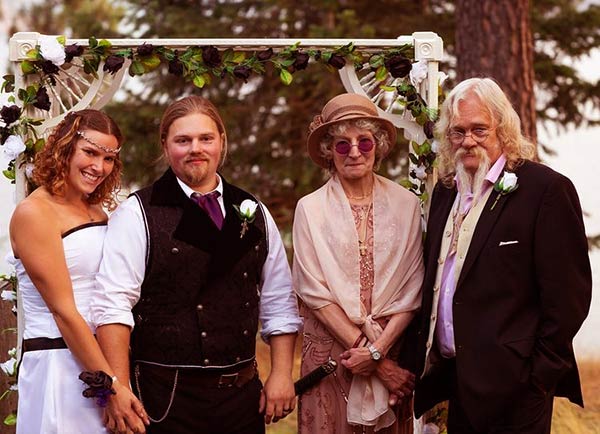 Caption: Noah and his wife posed for a photograph with Billy and Ami Brown on their wedding

During the time, Ami received an outpouring supports form her fans but also claimed; her diagnosis was faked because she was doing to increase the show’s ratings. Later the UCLA Medical Center released a statement dealing with her diagnosis and treatments to shut down the mouth of the haters.

Noah is an Animal Lover

As you know, Noah was born and grew up in the wilderness. Besides his son, there are two more members, a dog named Freya and a ferret, Triss.

Noah, via Instagram, revealed that he and his wife adopted a Belgian Sheepdog, which also as a Groenendael. 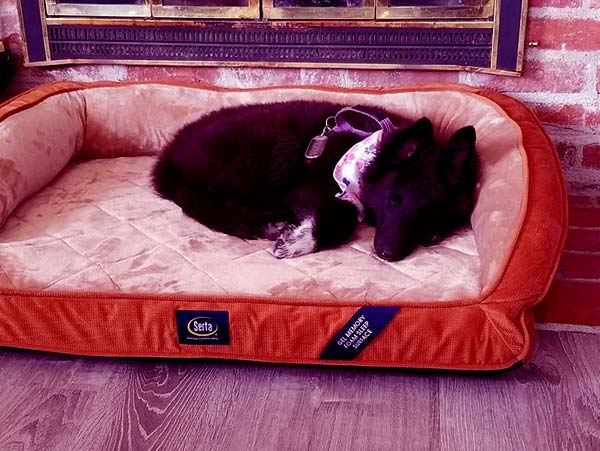 When gifted a ferret to Noah on Christmas Day in 2017. Noah took to Instagram and shared a photo of a ferret. Also, he wrote that he likes ferrets as pets and scorpions.

Well, as a early Christmas gift My beautiful Angel Rhain Alisha gave me a new pet Ferret with everything it needed a cage, bedding, toys and a tunnel tube so all that was left to give her was a name and I named her Triss, I like ferrets as pets and scorpions, Triss is seven weeks old and she likes raw meat and long naps in my hood

The Alaskan Bush People is very much active in two major social media platforms, such as Instagram, as well as a Facebook account he shares with his wife. He keeps updating his day-yo-day life and about the shows through his social accounts.