Never give up on your dream, no matter how long time does it take. The 65 years old, Nancy Volpe-Beringer made history on Bravo’s Project Runway, as the oldest designer in the reality competition series. Nancy left her career and took a risk to pursue her dream in fashion designing.

However, she gave her 100 percent, and she deserved it. Scroll down to know every single detail of her.

Nancy quit her job her career her everything to pursue her dream and enrolled in the Drexel University’s Westphal College. She found her home and an outlet for her creative calling.

Caption: Nancy Volpe-Beringer left a beaming career in education to pursue her dream as Fashion Design

Nancy graduated in fashion designing in 2016. Since then, Volpe has been designing under her label and defines her all-inclusive aesthetic in her Philadelphia studio.

Nancy in the Fashion World.

Beringer has a passion for sewing clothes from an early age. She just started in the fashion world in 2013 when she was 58. Nancy Volpe-Beringer is the mother of two adults sons and decided to pursue a full-time designing career.

In honor of the Grammy’s tonight, I wanted to post this picture to remember when the craziness began on last year’s red carpet! I got to collaborate with the coolest and most talented Philly native @tierrawhack to create her look! Her influence started the best year for me and I couldn’t be happier⚡️🖤

A post shared by NancyVolpeBeringer (@nancyvolpeberinger) on Jan 26, 2020 at 4:36pm PST

Further, her collections have shown in fashion shows, including the March 2019 Wharton Fashion Show, December 2018 Joan Shepp Holiday Pop Up, and the October 2018 Libertae Fashion Show.

Nancy is one of the contestants of Bravo’s Project Runway. She began season 18 of the competitive fashion show alongside West Philly designer Asma Bibi, who was eliminated in the first episode.

Caption: Nancy flaunts her design in the finale of the Project Runway Season 18

In the final, Nancy featured lots of liquid metal fabric that reflected the runway lights beautifully. During the show, she faced design challenges but also survive successfully. As a designer, she showed off her skills but also proved that she could work under pressure and accomplish tight deadlines.

Her collection represents what the future of fashion should be. With her designs, she gave a powerful message about sustainability and inclusion that proved it can be fashionable on the runway. Even though Geoffrey Mac won the Project Runway season 18 but Nancy won fans hearts

One of Nancy’s fans wrote, she breaking barriers, and just love her. Another viewer stated, she loved her look, vibe, journey.

Before getting into the fashion world, Nancy is a public school teacher and advocate teacher. Nancy has 18 years of experience in writing, developing, and implementing advocacy publications. Also, she is an outstanding leader and has experience in team-building in project and event management.

Not only that, but she has also served eleven years in the position of management and supervisory, overseeing administrative services and staff. As well, she promoted a climate of creativity, innovation, and collaboration. Further, she owned an art gallery and has a recipient of several locals, county, state, and national leadership awards.

Beringer is a founder of Age Fifty Nine

Nancy’s life motto is “try to be a rainbow in someone’s cloud.” Nancy believes that age doesn’t matter when pursuing a dream. She said real success comes with how you are using your skills and experience to benefit others. Her goal is to inspire others to dare to hope. She has been involved in many charitable events.

Nancy has found some most rewarding work in teaching refugee women sewing skills with Mural Art Philadelphia. Also, she is publishing her inspiring stories of older women on Agefiftynine.com.

Moreover, her work has supported organizations such as the Runway of Dreams, which promotes adaptive designing, Flyers Charities, the Salvation Julius Erving Classic, and more.

Who is Nancy Volpe-Beringer’s Huband?

Nancy is a creative person. When it comes to her personal life, she is silent. Nancy is a married woman, but she never talked about her married life and husband on the media. According to Age Fifty Nine, after she wants to be a fashion designer.

However, her husband and sons gave her the strength to do that. They support throughout her journey, and now, she is one of the well-known designers in the USA. She traveled with her husband to Florida, met her friend and consignment shop owner, Elizabeth, who mentored and sealed the deal.

Furthermore, she neither revealed the name of her husband nor their marriage date. It seems like she wants to put her family away from the camera and paparazzi. We can speculate that she has been living a blissful marriage for more than three decades. She has two sons.

How much is Nancy Volpe-Beringer’s Net Worth?

Previously, she worked as an advocate school teacher. In addition to her career, she is also a restaurateur and a public school teacher. Aside from that, Beringer has a clothing line where she sells her pieces online, in local boutiques and customs design couture for private clients.

Does Nancy Have a Social Media?

Yes. Nancy Volpe-Beringer is active on Twitter and Instagram as “@nancyvolpeberinger.” On her Instagram bio, she wrote a brief intro about herself. She states Final 4 of Season 18 of Project Runway, textile manipulator, wearable art, and MS fashion design Drexel U.

#FOCUSED! Who’s ready for tonight’s episode? This specific challenge was important to me because it reminded me of a beautiful organization that I work with back at home. Find out more later 💕💪🏼

A post shared by NancyVolpeBeringer (@nancyvolpeberinger) on Feb 13, 2020 at 2:16pm PST

For further information, you can also visit her website and see her collections. 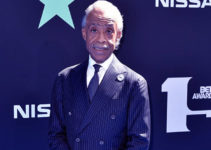