Whatever you heard about the show Alaskan Bush People on the internet, mots of them are true while some are just rumors. However, one person is missing from the Brown Family is Ami, and Billy‘s oldest son, Matthew, aka Matt Brown.

Matt Brown didn’t return on Alaskan Bush People after season 7, but why? The show’s fans are still asking about Matt as to what happened to him and where is he now? Some sources claimed due to his addiction; he was sent to Rehab for a while. Find out the complete history and new updates below.

Matt was born on September 7, 1982, to the reality star Billy and Ami Brown. He is the oldest one among seven children, and his birth name is Mattew Jeremiah Brown. 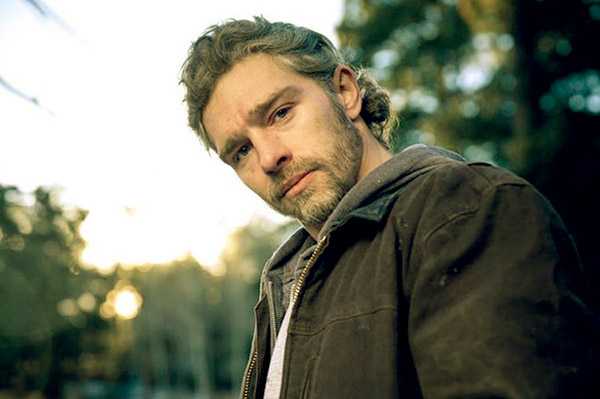 Caption: Matt Brown is the first child of Billy and Ami Brown

At the age of three, along with his parents, he left Texas and headed off to Alaska. He has four younger brothers; Joshua, Soloman Isaiah, Gabriel Starbuck, Noah Darcloud, and two younger sisters; Rainy and Snowbird.

Why Did Matt Brown go to Rehab?

Matthew Brown spent most of his time in Rehab due to his alcohol and drug addiction. He first entered rehab for alcohol abuse in 2016. He told People that he didn’t like the man he was becoming.

At the time, he used to drink a lot of alcohol with friends and also made bad choices while he lived in Juneau. Then he went to Rehab for the second time in September 2018, explaining after many ups and downs, he hoped he would get his life back on track soon.

Two months later, he left the rehab center and started receiving treatment in a nearby outpatient facility. After six months, he completed his inpatient and outpatient rehab in January 2019.

By March 2019, Matt posted a photo of a sobriety coin on Instagram from the Betty Ford Center for addiction. He stated, never give up, never surrender.

Afternoon everyone! Hope your day rocks! Never give up never surrender 🙂

Since Matt became sober, he never has seen on Alaskan Bush People Again. Many fans commented that they hadn’t seen Matt since season 8 as he dealt with his substance abuse.

What is Matt Brown Doing Now?

When his family moved from Alaska to Washington in 2018, he chooses to stay in California. At the time, he underwent treatment at the Betty Ford Center for his addiction. He keeps distance from his family for his better future.

His father, Billy, told People, they missed him terribly. But rather lose him from home a little while than lose him forever, and wanted him to do what needs to do to get better.

In September 2019, he posted about his sobriety and started on a quest for self-understanding and awareness. Now, his life much better and focusing on himself.

According to his Instagram, the reality star lives somewhere in Los Angeles. However, the exact details of his lifestyle is still a mystery.

Matt Has Estranged Relationship With the Brown Family

Because of his alcohol and drug abuse, he has a strained relationship with his parents and siblings. Although his parents, Ami and Billy, supported him through his addiction to an ongoing journey to recovery.

Despite the estranged relationship with his family, he never stops loving them and through his social media, express his love and gratitude towards the Brown family.

Matt shared a video in late August 2019, to wished a warm birthday to his mother, he has been thinking about his mom all day, and he liked to wish a happy birthday. He said, “Happy Birthday, Mom.”

After leaving the Alaskan Bush People, he became underground for some time. Now, he is back but on the show. Matt Brown runs a self-titled YouTube Channel that created on January 18, 2018. Since then, he has been uploading the videos of his day-to-day life.

On his YouTube bio, he wrote a short description of himself and also mentioned that he’s happy to share his journey with us. On his YouTube, he has over 8.5k followers and has 184k views. His videos are edited by a young buddy Liam aka PAYN3, who is an editor and designer.

This is my buddy Liam aka PAYN3, he's my YouTube editor and designer. His hoodie is part of his merchandise line he designs all himself- he's very entrepreneurial

His life motto is “never give up and never surrender.”

Alaskan Bush People star Matt required nine staples in his head after his refrigerator exploded in May 2017. He stored a mason jar with gunpowder and cannon fuse in his home refrigerator.

As a result, the mason jar ended up exploding. During the accident, Matt suffered from a severe head injury and sent him to the hospital. According to TMZ, doctors had to use nine staples to close his scalp. 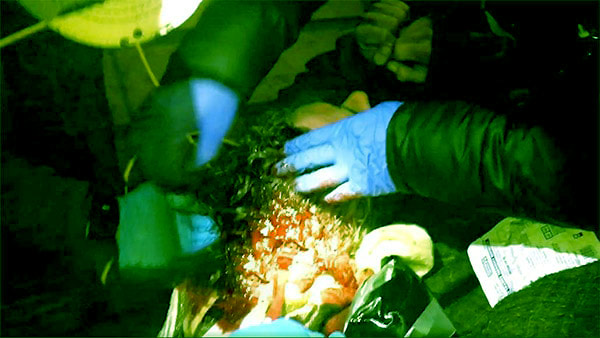 Meanwhile, his mother was battling cancer.

Before that, the wedding held secretly in January 2019. Gabe wedded to Raquell Rose Pantalla doe the second time. Matthew didn’t attend Gabe’s wedding because the father and son have been mad at each other since he was fired from the show after a long battle with his addiction.

What is the Net Worth of Matt Brown?

Matt born and raised in the wilderness and loves fishing. He started fishing since age four, and by age ten, he became a fully-fledged hunter.

Matt Brown’s Instagram username is “@mattbrown511,” where he has over 87k followers and 282 posts. On his Instagram bio, he has given his short introduction.

Additionally, he loves traveling and sketching. He posts several posts of himself and different places.

Will he return on Alaskan Bush People on the next season? How is his relationship with his father after he becomes sober?