Home
TV Personality
Is James Murray married to Jenna Vulcano? or Is He Gay?

Making people laugh is one of the world’s hardest job you have ever seen. Through the years, James Murray brings laughter on people’s face on each night.

James Murray is one of the four men of a New York-based comedy troupe, “The Tenderloins.” Additionally, he is well known for his appearance on truTV’s hit show “Impractical Jokes” that finished its eight-season in March 2019.

What many celebrities may perceive as an overnight hit, but for Murray, it took 17 years to reach the level of success where he is now.

James Murray is a Member of Impractical Jokers

James Murray, aka “Murr,” gained the attention of the people globally after appearing in the reality TV prank show “Impractical Jokers.” Th show broadcast on TruTv on 15 December 2011. 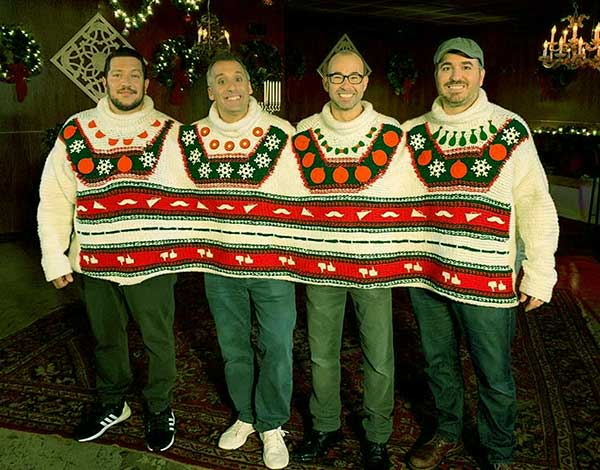 The Impractical Jokers, Joe Gatto, Brian Quinn, James Murray, and Sal Vulcano are the cast members of the show. The fact, they are high school friends. Even they played together on the NBC show “It’s Your Competition” and won $100,000 in a prize.

Before the TV show, Murr was the Senior Vice Presidents of Development for North-South Productions. He worked there for about a 10 years, and his job was to create and sell TV shows.

He left the company in Feb 2018 to focused his career. James graduated from Georgetown University in Bachelor of Arts in 1998, where he majored in English. After college, Murray returned to his hometown to Staten Island. He connected to his high school friends Joe and Sal and founded The Tenderloins Comedy Troupe.

Murray Got a Tattoo

Impractical Jokers star James Murray and the sold-out show at Madison Square Garden on November 9, 2017. Impractical Jokers are a challenge to performed generally embarrassing stunts and games in public. If they succeed in doing such performance, they will get thumbs; otherwise, they got a punishment. 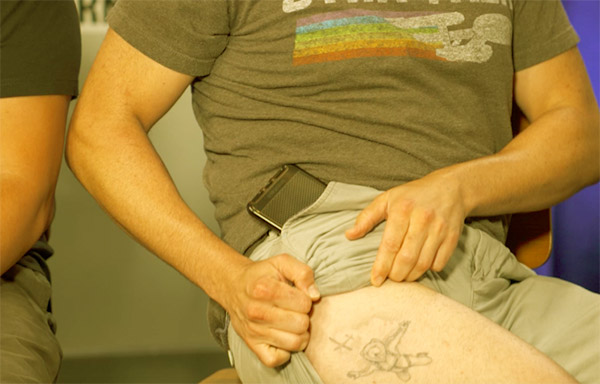 As a result, he failed and got a ferret skydiving tattoo in his thigh whereas, his friend Sal had a tattoo of Jaden Smith.

James Murray Was Once Married to Jenna Vulcano

Murr was married to his colleague’s sister Jenna Vulcano, but their marriage lasted until 24 hours. In 2014, Murr and Jenna exchanged the vows in the church in the presence of family and friends. The duo signed in a marriage certificate that declared the two as a husband and wife.

After the honeymoon night, James and Murray annulled their marriage. Impractical Jokers team and fans were shocked when they heard the news that Murr and Sal’s sister were no more together.

At the time, he speculated to be gay. James married Jenna as a type of revenge with his friend, Sal Vulcano.

Impractical Jokers Murr is Engaged. Who is that Lucky Lady?

The comedian, James, engaged to his girlfriend, Melyssa Davies on August 30, 2019. At the time, they were on vacation in Turks and Caicos. James told People magazine, he set a picnic and champagne and a Scrabble board. Then he after Davies married him and luckily, she said yes. 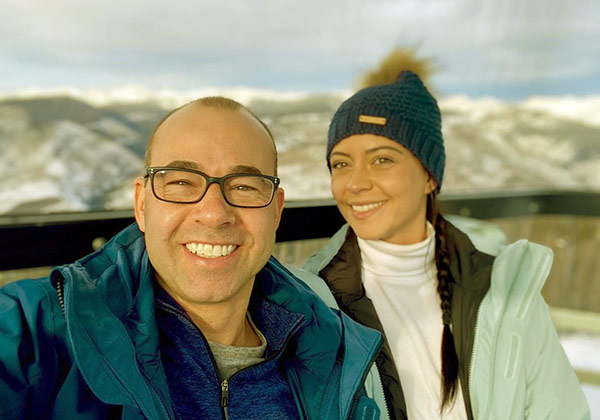 Murray captured all the moment secretly in the camera. His girlfriend didn’t known anything about it. Murray even shared a photo on Instagram, showing off a diamond engagement ring. In the post, he was holding the hand of his fiance and caption it, “best day of his life.”

Best day of my life.

Further, he shares many pictures of the couple on Instagram with captions. Davis even travels with Murr across the nation and abroad. His fiance, Davis, who has just finished nursing school. In the below post, Murray was enjoying a great time with his friends, family, and love, Melyssa.

James Murray’s Net Worth is $5 million

James Murray makes an impressive salary from his show “Impractical Jokers.” In addition to his career, James is a producer, writer as well as a director. He also earns money from the shows he directed, such as 2002, Sunway short, 2005 Superdude short & Friend. Additionally, his wealth comes from his tour and concert.

James Murray has a Dog, Penelope

Murr added to a new member in his Murray’s family, a cute puppy named Penny, in October 2019. Murray is an animal lover and shared a few pictures of his pet on Instagram. He also has another dog named Bailey.

Introducing the newest addition to the Murray family, Penelope (Penny) for short @melyssandavies

James Murray to Twitter and tweeted, the tenderloins are back on TruTv. The season nine of Impractical Jokers begins on Thursday, January 30, 2020, at 9 pm on TruTv.

BRAND NEW EPISODES of #ImpracticalJokers begin THIS THURSDAY at 10p / 9pm on @truTV and the first challenge of the episode might singlehandedly be my favorite in show history! Don't miss it! @TBSNetwork @truTVjokers @thetenderloins @WarnerMediaGrp