True love can find anytime, anywhere. Similarly, James Murray, a comedian from the hidden camera series, “Impractical Jokers,” published a best-selling novel ‘Awakened‘ in 2018 that led him to his love and went down a knee to propose the love of his life. Who’s, is that lucky lady?

James Murray confirmed his engagement with his girlfriend-turned-fiance, Melyssa Davis, via social media by posting a picture. Take a look to know the whole thing about Murray’s fiance.

Melyssa Davies and James Murray, aka Murr, got engaged on August 30, 2019, in New Jersey. At the time, Melyssa has no idea that Murr was going to pop the question to marry him. Additionally, Melyssa is surprised when Murr told that he secretly filmed of the sweet moment and watched by thousands of fans. 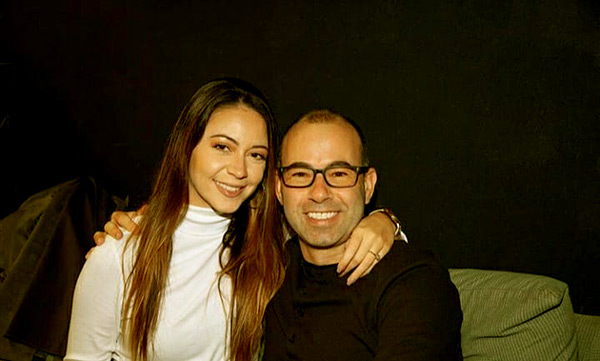 Murr’s fans kept is private for six months. On a special day, Murray set a picnic for two and champagne and a Scrabble board. When he asked to marry him, Murr was so nervous, but luckily, she said yes.

James posted a photo on social media, holding Melyssa’s hand, which adorned with a sparkling Tiffany diamond ring and captioned it that reads, “Best day of my life.”

There are certain rumors that the couple is getting married this year.

Melyssa Davies and James Murray Met in a Party

Davies and Murray completely captivated by the depths of their love and understanding of each other. We are so overwhelmed with their romanticism. The journey of Melyssa and James began with the ‘Awakened’ launched party that held in New York City back in June 2018.

Melyssa attended the event and met Murr, and subsequently, both stuck up a conversation. During the conversation, Murr offered his number to her and said, be in touch with him.

Caption: Melyssa and James met in a party

Eventually, they got to known one another and went on their first date at Murr’s favorite restaurant, Buddhakan, in New York City. Further, the two went for their first vacation in February 2019.

Melyssa Davies is a Dog Lover

Melyssa loves the dog so much. She even has a puppy named Penelope, but she calls it Penny. If you take a quick look at James Murr, he shares numerous pictures of their cute puppy.

Further, Melyssa’s puppy has its one Instagram account under the name “pennythepoochmurray” that has over 3k followers. In Insta bio, it simply reads, “Bark bark bark bark woof.”

Mommy and I had such a fun day!

To no surprise, Murray is a friendly person who loves making people laugh. On the other hand, his fiance knows how to keep things private. If you are looking at Melyssa’s social accounts, you can find her, but she has kept it secret.

Her Instagram goes by “melyssadavies,” where she has over 2k followers. On bio, she states,

Further, Davies and Murr have a combined Instagram “murrandmelyssa.” Similarly, in the bio, it says about the couple. It reads,

“@therealmurr and @melyssandavies are so great together! and Murr liked 35x! Melyssa liked 21x!“

Murr’s fiance is a Nurse

Melyssa finished her nursing school before engaging with Murr. Currently, she works in the field of geriatric and hospice care. However, she loves keeping the things in her herself, but we know the least things of Davies.

Moreover, Melyssa makes a pretty impressive salary from her job. According to Glassdoor, an average nurse salary is $65,870 in a year though her net worth is yet to be known.

Melyssa’s Fiance is a Comedian

James Murray is an improvisational comedian. He is hailed from the New Yor City borough of Staten Island. He is one of the four members of Tru TV’s reality game show “Impractical Jokers.” After graduation from Georgetown University, he worked at NorthSouth Productions, where he was the Senior Vice President. 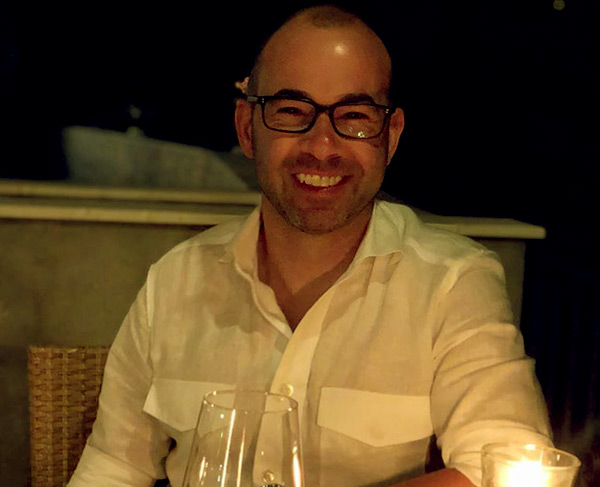 Aside from that, Murr is an author and published two books, Awakened and The Blink. Murr was married to his co-star, Sla Vulvano’s sister, for 24 hours and annulled their marriage after their honeymoon.

Are Melyssa Davies and James Murray getting married in 2020? What do you think? 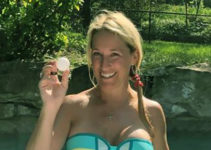