Julie Chrisley is an American Tv Personality. You may recognize her from USA Network’s hit show, Chrisley Knows Best. The reality show features the Chrisley Family. They have managed to gain a lot of fans since their show premiered. Over the years, she has gotten the nickname ‘Supermom’ because she’s a strong-minded woman who takes care of her family and work.

The Supermom is married to a business tycoon, Todd Chrisley. By the time you complete reading, you would have known more about Julie Chrisley’s net worth, career, family, and marriage life.

Julie Chrisley is estimated to be worth $4 Million as of 2020.

She has been able to sum up her net worth mainly through her career in Television. Julie might also have some side business, which brings her income.

Together with her family, they live in a 30,000 square foot mansion in North Atlanta. According to some sources, she is known to spend $300k in a year just for clothes. Being millionaires, they have to have a fleet of cars in their garage, at least more than two. 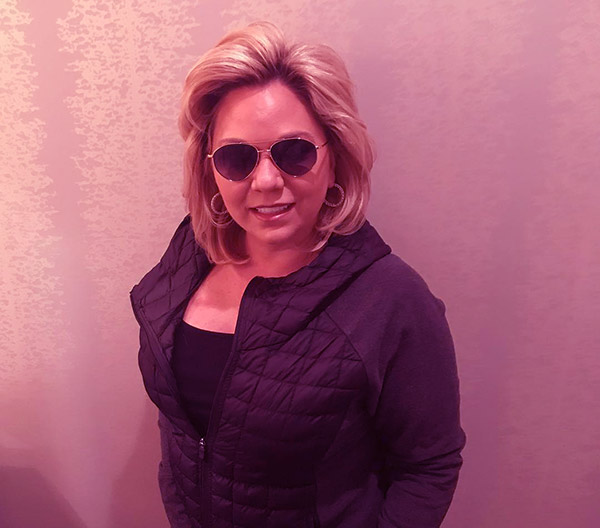 Before Julie met Todd, she used to work jobs that didn’t pay very well. When she met her prince charming, at least things began to fall into place.

Julie Chrisley was born to Harvey and Hix Hughes. The only information we have on them was that Julie’s father, Harvey Hughes, was a Reverend, and her wife was a former Miss Carolina. Julie came from a humble family. In her early days, her life was different than it is now.

You must be eager to know how Julie and Todd met. When you take a look at them, they kind of look like grown-up Ken and Barbie, which is sweet. Unfortunately, they have not yet disclosed how they met, but we know that it was somewhere in 1995. The following year, they decided to spend the rest of their lives together, so they got married. 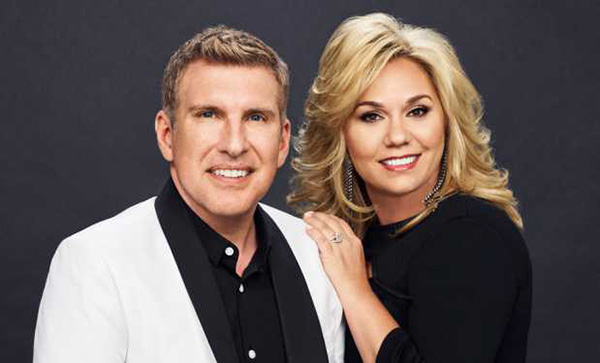 Both Julie and Todd have been married before they met each other. Julie Chrisley was previously married to her high school sweetheart, Kenneth Wayne, back in 1991. They later divorced and did not have children together.

As for Todd Chrisley, he was previously married to Teresa Terry. Todd and Lindsey have two children together: Kyle and Lindsie Chrisley. 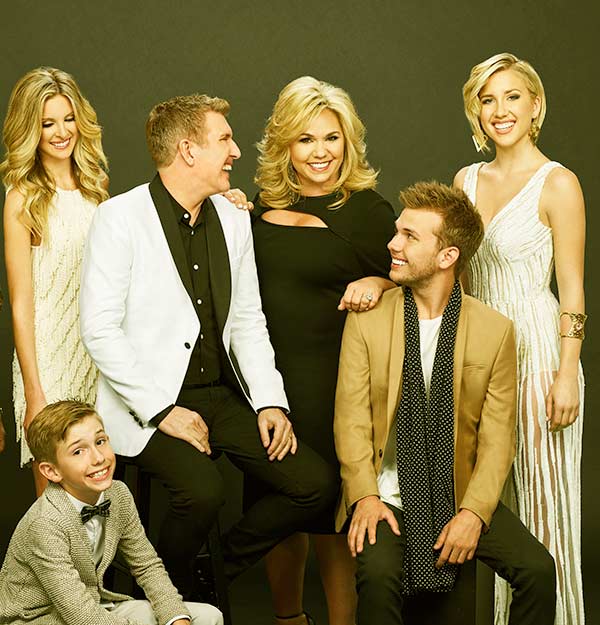 Caption: Julie Chrisley and her husband Todd with kids

When you regularly watch the show, Chrisley Knows Best; you will notice that Julie and her husband also live with another child younger than Grayson, Chloe Chrisley. Chloe is the daughter of Kyle Chrisley. Julie and Todd have full custody of their granddaughter since her father is bipolar and struggling with drug addiction.

In 2018, Todd Chrisley’s wife Julie lost 9kg thanks to following a Nutrisystem. It provided weight-loss products and services for her. She once commented that she was happy about her weight loss because it made her look better and that she was also healthier.

Julie Hughes Chrisley was born on 9th January 1973 in South Carolina. She has been taking care of her family for years now. For over twenty years, she prepared three meals a day for her family. That was not a problem for her because she loved cooking ever since she was young. Since her family became famous, she remained the same Julie, kind and humble.

The Supermom is known to be 5ft 6 inches tall and weighs about 61kg. in 2012, he was diagnosed with breast cancer. Todd Chrisley’s wife Julie Chrisley got lucky because cancer had been caught early. Apart from being a good wife and mother, she is also a good cook. USA Network even gave her a show of her own, What’s Cooking with Julie Chrisley.

Let us take a look at her social media accounts. Going through her posts, we get to see how much she loves posting pictures of her family. Julie also loves posting good looking deserts that she prepared.

Get ready, y’all! America’s first family is coming back for Season 8 and all I can say is buckle up for another fun ride. #ChrisleyKnowsBest