There are a lot of celebrities from Canada from Justin Bieber to Ryan Gosling. Still, you will be surprised to know how a lot of Canadians know and respect a personality like Mike Holmes. Not just Canadian but Americans and people around the world recognize Mike Holmes, who over the years has been a star of many home renovation and repair shows like the earliest ‘Holmes on Homes’ and the most popular ‘Holmes and Holmes.’

The #HolmesTeam is BACK on HGTV TOMORROW night at 9pm with more #HolmesAndHolmes.Hope you'll be watching with us! It's not like there's some other appointment television on at the same time…

Mike Holmes TV Career leading to his Net Worth

For those who do not know Mike Holmes well enough, you may find his total net worth very shocking, so let us explain a little first. Holmes was practically born into the business as his father taught him the art since he was a child.

Focusing directly on the main bits, Mike Holmes was already locally famous when HDTV gave him his own show ‘Holmes on Homes‘ in 2003. The show was an instant hit and ran for seven seasons until 2008.

Caption: Old promo of the Holmes on Homes

Afterward, Mike Holmes appeared on several TV projects over the years like ‘Holmes Inspection,’ in 2010, ‘Holmes Makes it Right‘ in 2012, ‘Holmes 911′ in 2019. If this much was not enough to gain a splendid net worth, it was just a start for the 56-year-old

However, the most popular and still running endeavor was ‘Holmes and Holmes’ featuring Mike Holmes and two of his kids. The show featuring the father-son duo came out in 2016 and recently made it through its season 3 in the end of 2019. Mike Holmes, over the years, has built a reputation for himself not just through his career but philanthropy as well.

Holmes was the one to introduce a scholarship and apprentice program for Canadian youths through a charitable foundation. The same year, House of Commons of Canada gave him recognition for his missions to elevate building standards and skills in housing. He helped build and restore houses in post-Katrina New Orleans, even associating with ‘Make it Right NOLA‘ project of Brad Pitt.

Most of his work there also became the part of his show ‘Holmes in New Orleans.’ He also got a chance to have two appearances in The Ellen DeGeneres show due to it. A man who has done such philanthropic works certainly needs to be awarded, and he has through awards, accolades as well as massive net worth. He is a two time Gemini award winner and has an honorary doctorate British Colombia Institute of Technology.

Yes, we took you up on quite a long trip down Mike Holmes’s career, didn’t we? But that was very necessary to understand where his impressive net worth comes from. If anything, we did our best to exclude as much info as we could. Finally, we are going to reveal Mike Holmes’s net worth.

Mike Holmes’s net worth in 2018 was estimated to be over $30 million. As of 2020, it may be well around the sum of $35 million. Despite all his TV work and career, Mike Holmes is also the author of multiple books, including two national bestsellers. So, we do not think Mike Holmes’s net worth is inaccurately too large. He is too big a personality even when he is not an actor or a musician; he certainly can boost the net worth of one.

Mike Holmes is a not a married man and good luck trying to get out intricate details of his married or dating life because he s very secretive. Still, we know the basics like he did use to be a married man. He married Alexandria Lorex in 1982, which means that he was only 19 years old when he married for the first time. The couple together has three children but still ended up getting a divorce back in 1983. 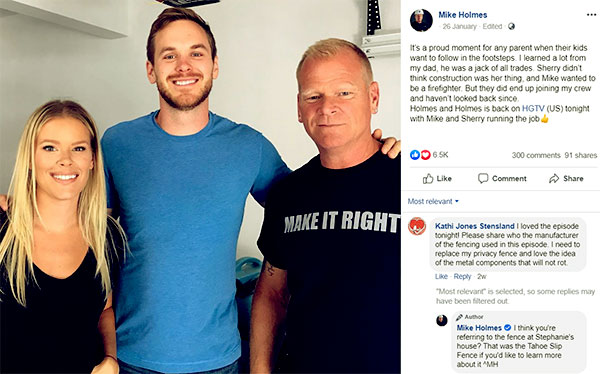 Mike Holmes’s children include his eldest daughter; Amanda Holmes was the oldest being born in 1984. Although she has also made appearances in ‘Holmes on Homes’ and other of her father’s TV shows, she is not a regular cast member like the rest of her siblings. She married one of Mike Holmes’s heavy machinery experts, Adam Belanger, but they had a divorce.

She reportedly remarried, but the identity of her second husband is still kept a secret. Maybe that will help her in keeping her married life stable this time around.

His middle child and daughter Sherry Holmes took after her father as a home renovator and TV personality, but she also likes to travel around the world. She also got engaged to one of her father’s crew member, Blake Steed. 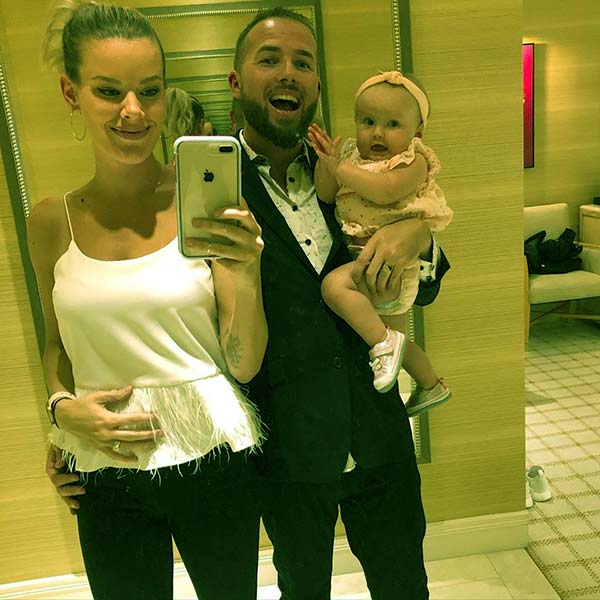 They got married on December 13, 2018. Sherry was several months pregnant during their wedding and gave birth shortly in April 22, 2019, to a baby daughter, Cali Kay Holmes Steed.

Mike Holmes Jr, the youngest son of Mike Holmes, needs no introduction as he and his father are co-stars of ‘Holmes and Holmes.’ He followed right into his father’s footsteps as well as learning his father’s skills since 14 years of age.

His career and net worth are for some other day, now we report only about his married life to wife Lisa Marie. Lisa was Mike’s girlfriend since they were teenagers and were dating in 2006. But you know how puppy love is, they broke up but met up as adults in October 13, started dating shortly after, and got married on August 13, 2017. 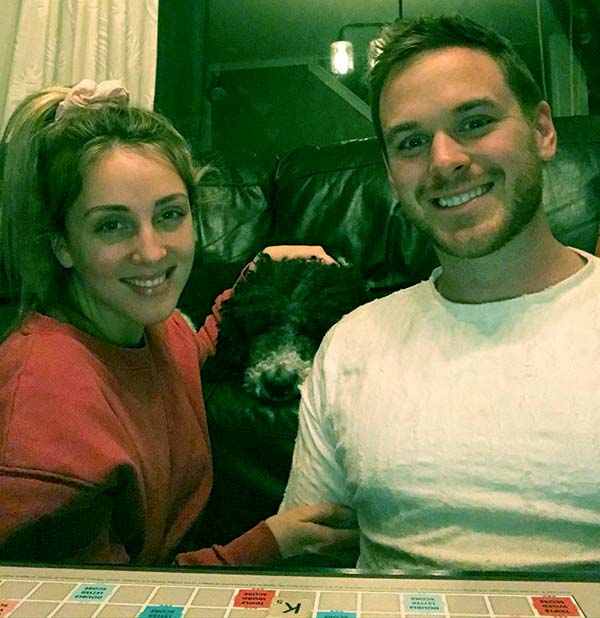 There is not much that we know of Mike Holmes dating life even though he has been with a single partner for some time now. Mike Holmes is currently still dating a girlfriend by the name of Anna Zappia, also though they have been in a relationship of a lot more than two decades. It seems like Mike Holmes’s children get along with Mike Holmes’ girlfriend, so we are just wondering when he will finally make Anna his wife. 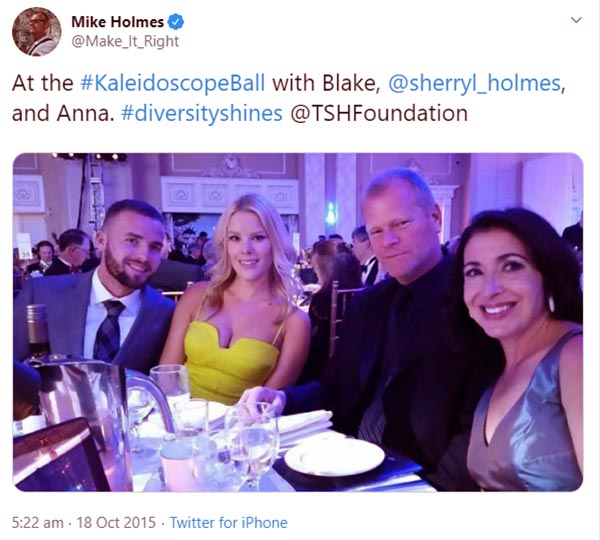 Mike Holmes was born on August 3, 1963, in Halton Hills, Canada, which means he will be turning 57 years old in 2020. His father was also into the construction business and started teaching him since a very young age of 6 years old. No wonder Mike was able to start his own company at just 19 years old with 13 men in his crew. In his career spanning over 25 years, he has only had a change of teams once, managing two separate renovation companies.