Home
Celebrity Spouse
Harvey Levin Net Worth: Is He Married to His Boyfriend Andy Mauer?

When it comes to your favorite celebs, you want to know everything about them, including their love life and sexuality. Similarly, the founder of the TMZ website, Harvey Levin, shocked everyone when he revealed who he is and his relationship with his boyfriend.

Harvey Levin is a television producer, legal analyst, and reporter. Throughout his, he makes millions of dollars money and also along with his lover.

Lets’ take a look below on Harvey Levin’s net worth, his relationship with boyfriend Andy Mauer, and marriage plans in his wiki-bio.

Harvey Levin is the Founder of TMZ Magazine

Thirty Mile Zone (TMZ) a tabloid news website that was launched on November 8, 2005, by Harvey Levin. He works as a managing editor on the website for 15 years. 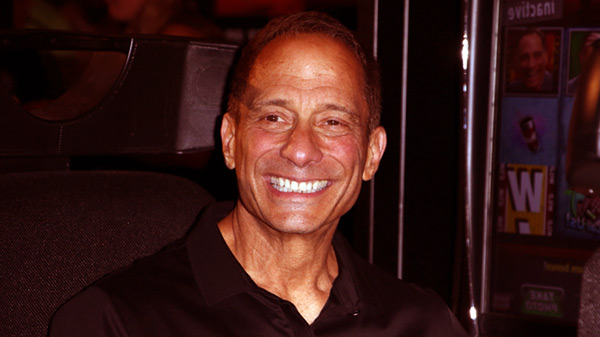 Caption: Harvey Levin is the managing editor and founder of the TMZ

In March 2017, Harvey met President Donald Trump at the White House and chatted for an hour, reported N.Y. Times.

Although there were many rumors about him regarding his sexuality for years and even reported that he was in a relationship with a guy, in 2010, he talked about being gay in the news business. The managing editor of TMZ  hosted an event for the National Lesbian and Gay Journalists Association in which he confirmed his self-identification as day.

Greg in Hollywood reported, during the speech, he told that he was so terrified by what could happen it someone learned he was gay. The 69 years old desperately tried to keep his lives separately. He said his friend knew, but professionally he had to shut it out.

If anyone in the office knew he was gay, then he could get fired from his job, so he zipped his mouth. He said of his sexuality that lots of people build it up in their heads, and they need to see people that it’s not a big deal.

Well, we do know that Harvey and his long-term boyfriend, Andy Mauer, are in a relationship for more than two decades. To date, it seems the couple is not married yet. The affair of Levin and Mauer discovered after a blog, Exposarazzi published a photo of them in 2013.

Harvey’s boyfriend Andy Mauer is a former Southern California chiropractor. Also, Andy was featured in a fitness magazine, Muscle and Fitness, in 2008. Currently, his boyfriend, Mauer, works as a director at Talent Acquisition at TMZ. 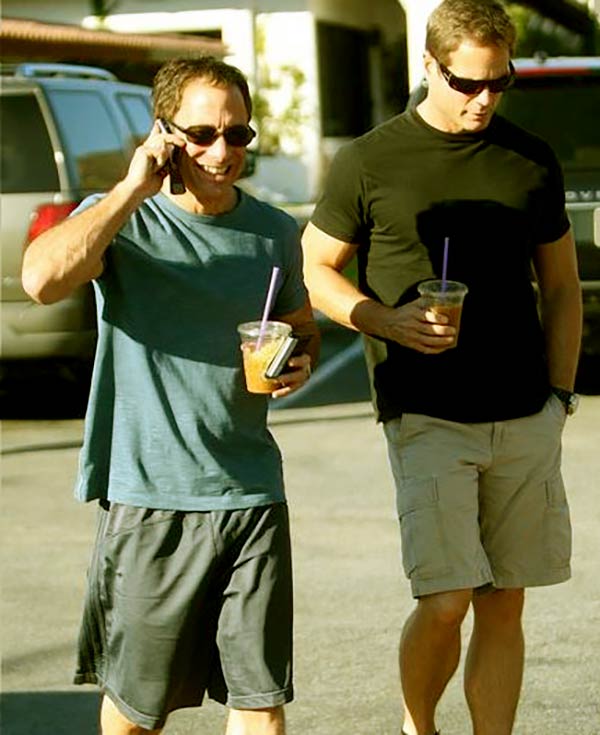 The couple has even several joint properties that they purchased in the 1990s. Currently, they are living together in a beautiful home in California. However, there is no sign of their marriage. The two have never spoken much about their love life and the wedding plan.

The TMZ founder and his boyfriend both support the Los Angeles LGBT Center. Although he never used the center’s services for himself nor his boyfriend. While he was growing up, the support for the gay community was not there.

Levin said the center always has a comfort so many kids and adults who have been rejected by their families. The LGBT community provides a lifeline for people with high values who have no support. Those who provided these services for gay people are indeed angels. So, the LGBT center also deserved profound respect and helped in our community.

The pair have been enjoying their love life but have kept it a low profile. The partners have bought many properties since the 1990s and also sharing a joint deed. Realty Today reported Harvey Levin listed his Sunset Strip Home for $5.3 million in 2013. He purchased the home in 1998 for $950,000—the 3,000 square foot home comprised of three-bedroom and three-bathroom.

The two-story residence in a Spanish-style home has a formal dining room, family room, and a separate backside terrace as well. The two also bought a 1,800 square feet beach-front condo in Maria Del Rey, which bought together in 2003.

How Much Is Harvey Levin’s Net Worth?

There’s no doubt that Harvey Levin makes incredible money from his profession and other ventures. As of now, Harvey has a surprisingly net worth of $15 million. Most of his earnings come from his website that helps to increase his net worth.

In addition to his work, Levin is a lawyer as well as a legal analyst. Besides, Levin has his own company called Harvey Levin Productions. He had produced Levin’s media projects, The People’s Court.

The founder of TMZ makes extra wealth from the book he published. In 1985, Levin wrote, The People’s Court: How to Tell It to the Judge.

Where is Levin Hailed From?

Harvey Robert Levin (TMZ founder) was born on September 2, 1950, in Los Angeles, California, and is 69 years old. He was raised in a Jewish family. Harvey enrolled at the University of California from where he received his B.A. in political science in 1972.

Later he joined the University of Chicago Law School and graduated with a J.D. in 1975.

Levin has a Long Resume.

After graduation, Harvey landed his first job as an attorney for the state of California on December 18, 1975. He worked there until January 1996 and became a professor. Harvey taught law at the University of Miami School of Law.

Later, Harvey worked for KNBC-TV, where he spent a decade doing investigative reporting and legal analysis. He was most notably covering the O.J. Simpson murder case.

In 1997, he co-produced a reality show, The People’s Court, which made him a Warner Bros legend. He produced shows such as Beyond Twisted, Famous in 12, and OBJECTified.

Harvey Levin is on Social Media

You can easily find his on social media platforms such as Twitter and Facebook. On his social profile, he posts the latest news of celebrities and his day-to-day life.