How many of you have watched the film “The Wolf of Wall Street” directed by Martin Scorsese? In the movie, Naomi Belfort’s character was played by actress Margot Robbie, a drop-dead gorgeous model who caught’s Jordan Belfort’s eye.

We all almost familiar with the name Jordan Belfort, a former stockbroker-turned-motivational speaker. But how many of you know his ex-wife, Nadine Caridi, who is now living a simple life with now-husband, John Macaluso.

Nadine Caridi Married to John Macaluso For more than 16 years

Nadine Caridi is living a blissful married life with former CEO of Wizard World, John Macaluso, who is 22 years senior to her. In her leisure time, she loves spending time with her husband and cooks delicious food for him. The couple even goes out for dinner or launch. 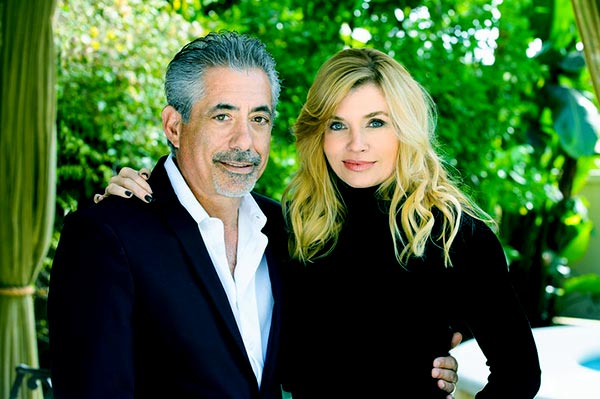 Back in 2019, she took to Instagram and posted a photo of the two in which she wp a beautiful peach color dress, and her husband put her hand around her waist. Through the post, she beautifully wished John a warmed birthday. She stated,

“When you pick a partner, you pick a story. What story do you want to write? Happy birthday to my husband, John Macaluso.”

Additionally, on 14 February 2020, Nadine shared a lovely picture of them with a lengthy caption. She talked about her partner, who has been with her since they married, and in the end, she wrote, “Happy Valentine’s Day.”

Despite the huge age gap, Caridi and Macalusco’s married life going strong than ever and maintain good communication. They became an example for other couples as well.

When Madine tied the knot with Jordan Belfort, she thought that they were perfect for each other, but things never go as per plan. She met Belfort through her friend Denise Lombardo. Denise was the first wife of Jordon. Lombardo invited Nadine to the pool party that held in her home, where she introduced to Belfort and Caridi. 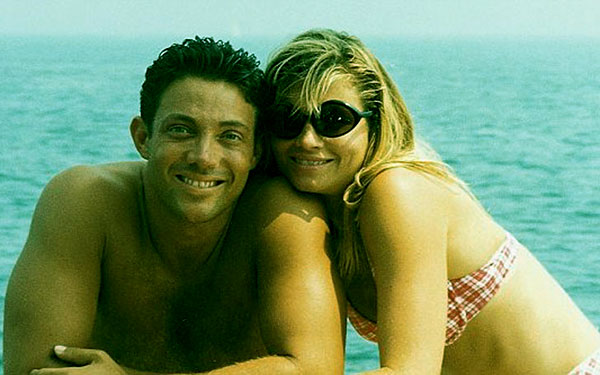 Eventually, the two started having an affair that led to full-blown dating. During the time, Jordon was still married to his wife, Denise. Subsequently, he divorced Denise and got married to Nadine Caridi in 1991. However, as time passes, things between them not as same as before.

As a result, Caridi filed for divorce against her husband, claiming domestic violence and drug problems. As a result, their divorce became finalized in 2005.

The yacht was previously purchased by Coco channel, a French fashion designer and also the founder of the brand, Chanel. The yacht sunk off on the east coast of Sardinia.

How Many Children Does Nadine Caridi Have?

Nadine is a mother of five grown-up children. She has four daughters; Frankie, Allie, Nicky, Chandler, and a son named Carter. Chandler and Carter were born from her ex-husband, Jordan Belfort. 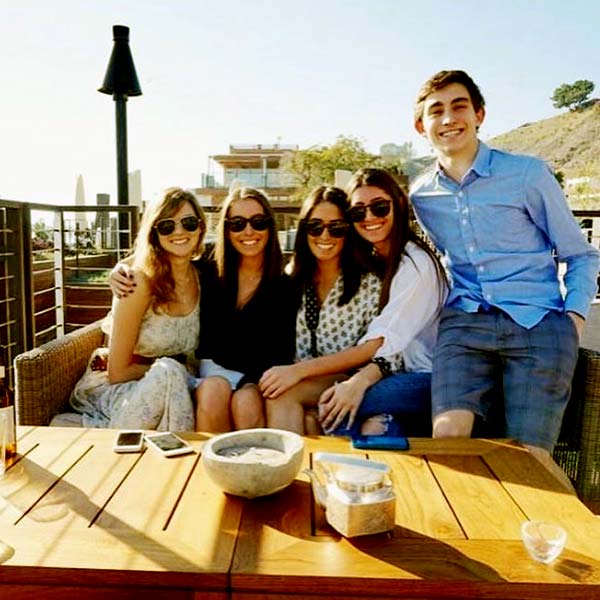 While Frankie, Nicky, and Allie are the children of John’s first marriage. Going through on Nadine’s social posts, it looks like the family of seven is having a great time together.

Congrats to our Channy on getting her Master’s Degree. It warmed our hearts to celebrate you, not just today, but in every step along the way. Love you! ⠀⠀⠀⠀⠀⠀⠀⠀⠀⠀⠀⠀ #ProudMom #congratsgrad #graduation #NYU #NYUgraduation #nyc #newyork #masters #psychology #education #hardworkpaysoff #celebrateeverymilestone

Nadine Caridi Was a Model

Jordon’s ex-wife, Caridi, began her career as a model. During her modeling career, she was best known as Miller Lite girl. She has done a number of ads, including Monday Night Football.

She appeared in the ad of Miller lite, in which she became a poster girl. Miller Lite is a beverage company. Additionally, she featured in many cover magazines and even modeled for several agencies as well.

She is a Psychotherapist

Now, the former model is a psychotherapist. Caridi spent her childhood in New York City. She attended John Dewy High School in Brooklyn. During her college, she did modeling.

After her graduation, she earned a master’s degree in Clinical Psychology. Added to that, Nadine did Ph.D. in Counselling and Somatic Psychotherapy, specifically honoring the mind-body connection.

Here's a little secret about therapists: ⠀⠀⠀⠀⠀⠀⠀⠀⠀ We don't just hold you in mind for the hour you're in front of us. We research topics related to your case and your specific issues outside of sessions. We spend hours writing notes and creating a strategic treatment plan for you. We hold you in mind between sessions. When we see something that reminds us of you, we think of you, we talk to colleagues about you and we do everything we can to ensure we are providing you with the BEST treatment. It's more than one hour.⠀⠀⠀⠀⠀⠀⠀⠀⠀ ⠀⠀⠀⠀⠀⠀⠀⠀⠀⠀⠀⠀⠀⠀⠀⠀⠀⠀⠀⠀⠀ 📷 by @madeleinewatersmedia⠀⠀⠀⠀⠀⠀⠀⠀⠀ #lifeofatherapist #mentalhealthtips #mentalhealth #mentalhealthmatters #mentalhealthawareness #psychology #psychotherapy #counseling #therapist #therapy #therapytips #drnae #drnadinemacaluso

In addition to her career, she is a licensed marriage and family therapist. According to her website, she has been practicing since 2008. She helped people to gain awareness of, and connection to their authentic selves supports well-being and greater mental health.

Adding to her skill, she just finished a two-year training and did her dissertation research on a cutting edge psychotherapeutic treatment method, the Neuro-affective Relational Model (NARM).

How Much is Jordan Belfort Ex-Wife’s Net Worth?

Dr. Dae was in a marriage with a former stockbroker that made her famous. Model-turned-psychotherapist Caridi earns massive money that increases her net worth every year. As of 2020, she summons a total net worth of $5 million.

According to PayScale, an experienced psychotherapist earns up to 90k per year. On the other hand, her ex-husband, Jordan Belfort’s net worth is $100 million.

Furthermore, Nadine’s spouse, John Macalusco’s net worth, is believed to be $11 million. John resigned from his CEO position in 2o16. That same year, he sold his $.5 million worth shares.

Nadine is a Dog Lover

She has two poodles, and one’s named Coco. Mrs. Macalusco even shares numerous pictures of her two fur dogs on her Instagram pages. She took her dogs on a walk or wherever she travels. In one of her Instagram posts, she stated, Dog is God.

Is Nadine Caridi on Social Media?

Despite the hectic schedule, Caridi gets time to manage her social medial. With the latest posts of her works and family, she keeps updating her followers and fans.

Remembering the truth of who we are inside, loving and respecting the greatness of our human heart, is what makes it possible to maintain the balance between grace and effort, between our responsibility to others and responsibility to ourselves. ⠀⠀⠀⠀⠀⠀⠀⠀⠀⠀⠀⠀ #YouMatterMonday #youredoinggreat #authenticself #balancedlife #loveyourself #loveyourkids #loveothers

If you have more information about Jordon Belfort’s ex-wife, Nadine Caridi, then let us know in the comment section below.