Martin Scorsese’s most acclaimed 2013 movie, “The Wolf of Street,” introduced many people to Jordan Belfort is a former stockbroker who spent 22 months in prison. He pleaded guilty to many crimes related to money fraud in 1999. In the movie, the character of Jordan Belfort was played by the prominent actor, Leonardo DiCaprio. The film is an adaptation based on the memoirs written by Jordan Belfort.

However, many people know who Jordan Belfort is, but what about his fiance, Anne Koppe. Take a look below.

Who is Anne Koppe?

Anne Koppe became a public figure after she got involved with a former stockbroker-turned-motivational speaker, Jordan Belfort, about a decade ago. There are also other words to define her as a mother, business partner as well as a fierce fiance.

According to her Facebook, Anne was born in Greenbrae, California, and currently lives in Zephyr Cove, Nevada, but the date of birth remains undisclosed. Looking at her photos, Anne looks she is in her fifties and enjoying her life with Jordan.

When I'm without Jordan 🙂

Further, she graduated from Martin Catholic High School, located in Kentfield, California. Thereafter, Anne Koppe went to the University of San Diego in San Diego, CA, from where he pursued a Bachelor of Arts degree and majored in Political Science in 1989.

Anne Koppe and Jordan Belfort’s relationship is quite interesting. the couple have been together for more than a 10 years. However, as time passes, their relationship is becoming stronger and stronger. Koppe never thought that she would be crazy for an ex-con, Belfort. 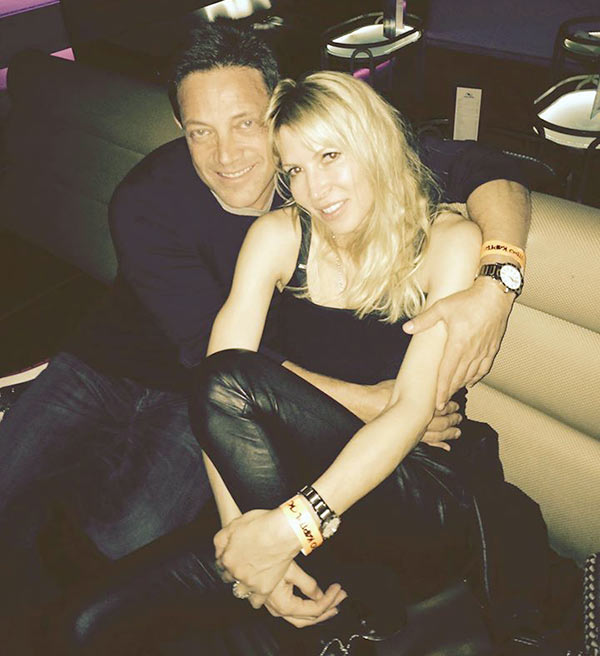 Caption: Anne Koppe and Jordan Belfort were hanging out with his daughter and friends at night club in Madrid

The couple met back in 2008 and exchanged the engagement ring on July 28, 2012. She even changed her relationship status on her social media, where she stated, “got engaged.” It means she is loyal to Jordan and supports him.

In one of the Facebook posts, Anne stated that they both couldn’t wait to grow with each other. It shows how much the two in love with each other and their bond.

Does Anne Koppe and Jordan Belfort Have Children?

Anne Koppe is a mother of three children, but she and Jordan have not shared any kid. Koppe has a son named Bowen Boulliane, born from her previous relationship. Back in 2015, she shared an article about her son that reads,

“the wolf stepson moves to the Gold Coast to study“

that published in the same year in September 7.

Anne’s son Bowen completed his school from El Segundo High School and then graduated from Bond University, where he studied Business. 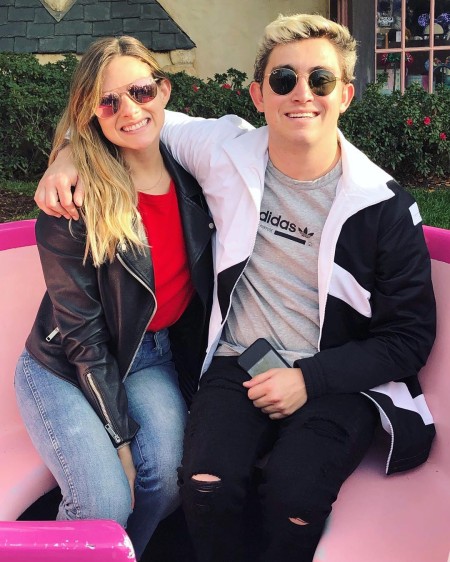 Moreover, Anne Koppe is a mother of Jordan’s children, Chandler and Carter, born from his ex-wife Nadine Caridi. She even attended the Carter graduation with her fiance in 2014 and shared an image of herself on her Facebook profile with a caption,

On that picture, she wore a white bodycon dress and posing in front of the black car.

Every year, Jordan and his fiance celebrated Christmas with their family and children. The family of five spends their holiday, going out for dinner, or going on a vacation. Back to date in 2017, she uploaded a throwback family photo and wished everyone a Merry Christmas. 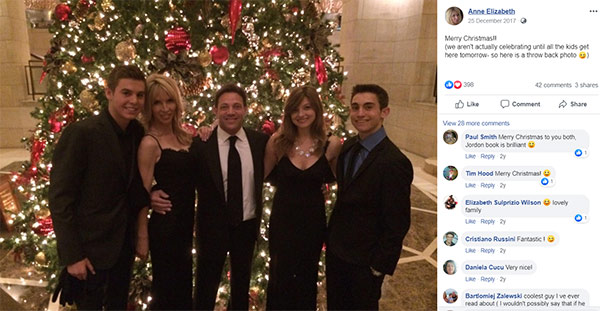 Caption: Jordan and his fiance celebrated Christmas with their family and children

Anne Koppe Has a Model Figure

Anne looks much younger than her age. The blonde beauty maintains her physique, eating healthy and proper exercise. She never shies to flaunt her figure in a bikini and even shares numerous pictures on her social media.

Many of her followers asked a question, how tall is she? In the below post, she posted a photo, wearing a black dress with a matching pair of 6 inches high heels. Also, she mentioned that Anne is about 5 feet 5 inches tall.

OK – answering a question. I am NOT tall! On a good day when I get all the kinks out I'm maybe 5'5"…for example on the…

If you are looking for Jordan’s finance social media, then it’s hard to find, but luckily, we are able to get her on Facebook and Instagram. Koppe has an Instagram under the name “l1ttle_r3d_,” but has kept private. On her Instagram bio, she states her name, where she has over 5k followers.

She shares many posts, many pictures and videos of her and family on Facebook. On December 4, 2019, Koppe uploaded a photo and captioned it, “Just Happy.”

Anne Koppe is an Avid Traveler

Besides work, she enjoys going to new exotic places. She travels with her fiance due to his work or shows in different places and countries such as New Orleans, Rome, Las Vegas, Melbourne. Moscow, and many more. Furthermore, her trip or vacation wouldn’t feel complete without shopping. 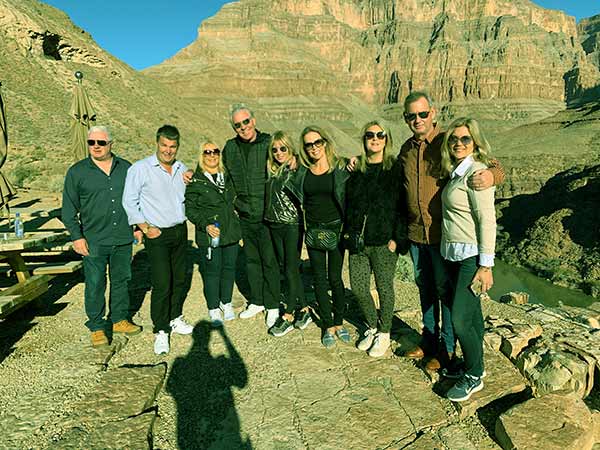 Caption: Anne Koppe spending her vacation on Marrakech with Jordaon and friends

Koppe is living a lavish lifestyle with Jordan and kids. She is a businesswoman and helps Jordin to run his business located in Hermosa Beach, California, where he trains young people.

Take a glance at her social networking sites, where you will know how she likes to spend her money. However, Anne doesn’t reveal how much she has accumulated over the past.

On the other hand, Jordan Belfort’s estimated net worth is approximately $100 million. Jordan is famous for being the founder of the financial brokage firm, Stratton Oakmont. In the 90s, in his company, he employed over 1000 brokers and raised above $1 billion of the asset. He was charged with securities fraud and money laundering and served 22 months in jail. Also, he was ordered to pay clients their money nearly $100 million of the $200 million that he stole from them.

In 2015, Koppe posted a 700-word rant on Facebook, speaking about Jordan’s life struggle.