Jennifer Lopez is no stranger to us. JLo performed at the 2020 Super Bowl halftime show and joined by not only Shakira, J Balvin and Bad Bunny, but her special guest, daughter Emme Maribel Muniz. It’s doesn’t mean her sob Maxmilian David Muniz wasn’t there.

It’s no surprise that Jennifer’s son Maximilian is talented, who loves to sing like his mother. So, what is doing this mystery junior pop star? Here’s what you need to know everything about Lopez’s twin son, Maximilian. 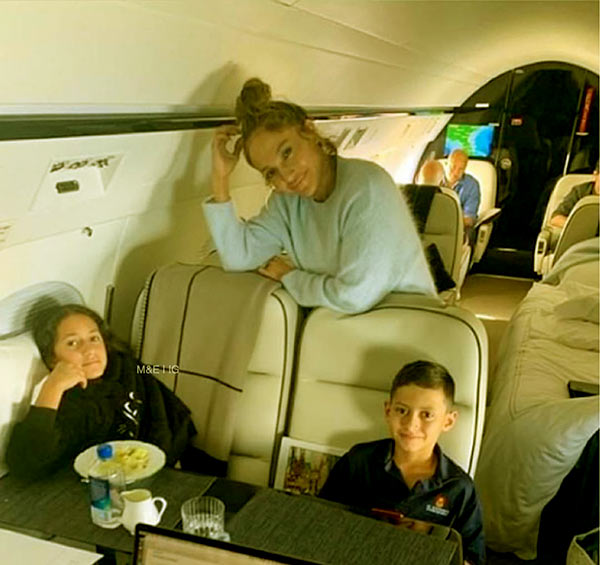 Lopez took to Instagram and shared a throwback picture of Emme and Max on their 12th birthday. She captioned the photo, “I know you’re 12 years old today, but you will always be my babies. Happy Birthday to my beautiful coconuts.”

I know you’re 12 years old today but you will always be my babies… 🥥🤍🤍🥥 HAPPY BIRTHDAY TO MY BEAUTIFUL COCONUTS!!!

Maximilian Split Time With His Father and Mother 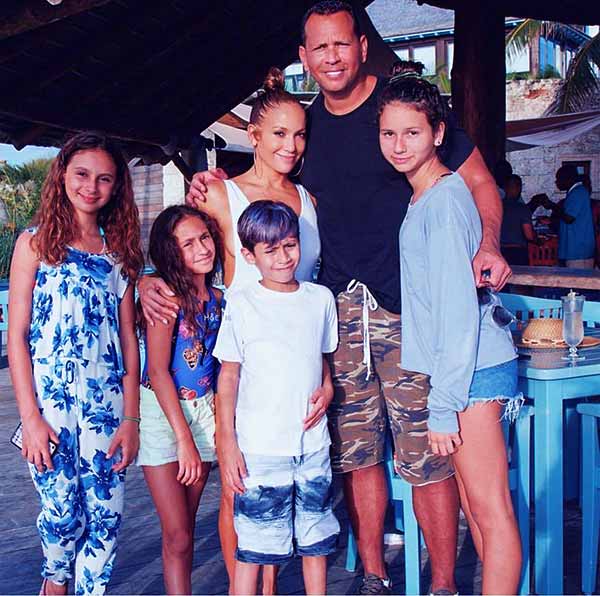 Caption: Maximilian took a photo with his family

Max has four half-siblings from his father born from two different women. He has three half –brothers, Chase, Christian, Ryan, and a sister named Ariana. Also, he has two-stepsisters, Natasha, and Ella from his stepfather Alex Rodriguez with his ex-wife,  .

The singer took to Instagram and wished a happy Father’s Day to Marc Anthony in 2019. She posted a video of father and son on which Max gave a card to Marc. Also, she shared two more photos and captioned. She wrote, Max and Emme love him so much.

Happy Fathers Day to you Flaco!!! Emme and Max love you soooo much!! Thank you for these two beautiful coconuts!!! Feliz Día Del Padre!!! 🥥🥥🙏🏼 #throwback

Emme isn’t the only one who loves to sing, but Max also likes to sing. Max has an amazing voice, just like his parents. On the twin’s 11th birthday in February 2019, Jennifer posted a video where Max was singing in the background as the photos played in a collage. She captioned, “Happy Birthday, my Lil beautiful coconut brilliant boy.”

Max earned a standing ovation from his family when he sang at his mother’s 50th birthday party along with Emme in July 2019. TooFab reported that he sang a few lines from the Hamilton song My Shot while Emme sang Diana Ross’s song, Do You Know Where You’re Going To, and Annie’s Hard Knock Life.

Maximilian David and Emme Took An Interview of their Mom

In September 2019, J.Lo shared another video of Max singing a song, Riptide, while his sister was playing the guitar. Additionally, the singer took talked of her kids and posted the video titled “Twin Talk: AMA With Emme & Max” on her YouTube Channel in April 2019.

Lopez decided to switch things up and let her kids ask the hard questions. Max asked questions like, “What was the most trouble you got in when you were our age?” JLo replied, she was a little bit like her son, Max, and used to like run and play. She admitted that she got in trouble for sneaking out of her room and getting caught.

He asked another question, “Were you short when you were my age?” Max is a little bit short that his twin sister. Max is a mini Marc, and Emme is a mini Jennifer. Emme has a cute nickname, Lulu.

Max and his twin sister have a joint Instagram page called “@maxandemme,” where it has over 5k followers. Jennifer Lopez manages the Instagram account. It is filled with photos and videos of the twin children.

How Much is Maximilian David Muniz’s Net Worth?

Maximilian David Muniz is a multi-talent kid. Although he is too young to earn a fortune for himself, he has artistic qualities and an amazing voice like his father, Marc.

On the contrary, Jennifer Lopez has an incredible net worth of $400 million and earns approximately $43 million in a year. She draws her fortune from album sales, tours, TV shows as well as acting. In 2016, she made around $80 million in earnings from all of her tours.

Jennifer’s twin children are already mini entertainers, and they would be great singers like their parents in the future.