Once again, America stands at a vast divide. We are talking about the Nationwide protest against police brutality and systematic racism following the death of George Floyd. In a way, it has reestablished conversation about matters of diversity in the Entertainment field.

Perhaps because of it, the dating reality series ‘The Bachelor‘ will be introducing the first Black Bachelor in the series. Get ready to meet the hit ABC show’s first Black Lead, Matt James. Let us learn about Matt James’s net worth & career. Also, who was James dating before being on the show? See his girlfriend history on his bio and more; 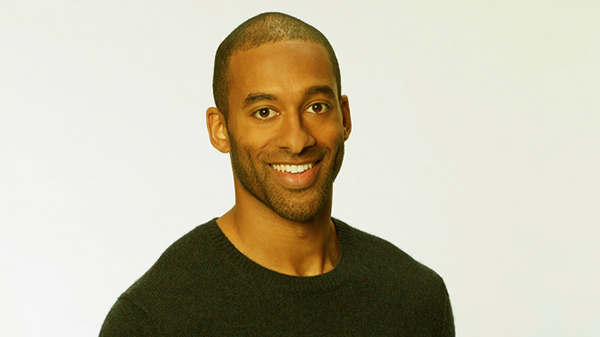 Hollywood continually comes under fire for under-representation, whether it is in the golden screen or the silver one. Many people are still wondering why it took ‘The Bachelor,’ 18 years and 24 seasons to finally introduce its first black Bachelor. Let us not focus on those political aspects now and just rejoice for having Matt James as the new Bachelor.

Many are still criticizing the show for its decision to be an attempt to be prudent during times of such racial tensions. We don’t like to get too politically correct in such things. However, we will suggest that the show addresses Matt James’ African-American ethnicity and background to deliver a platform for conversation on the wake of things.

Also, they should certainly not forget to diversify the female contestants. In the past, too, the contestants did not just lack ethnic diversity but even came under jokes and satire for having women with the same or similar names.

Rachel Lindsey, the first black lead in the sister series ‘The Bachelorette’ back in 2017, looks at it with criticism like the people we were talking about in the beginning. According to her, it was the show’s equivalent of “posting a black box.” Before Matt James was announced as the Bachelor earlier this year in June, Rachel was vocal about the diversity issues. She even was ready to “cut ties” with the reality show over the matter.

Matt James was initially a ‘The Bachelorette’ Contestant.

Matt James was initially set to make his appearance as a contestant in the upcoming new season of ‘The Bachelorette‘ starring lead Clare Crawley. However, the season was postponed due to coronavirus. It is unclear if James will still be appearing on ‘The Bachelorette’ now, but Chris Harrison says he will most likely also star in ‘The Bachelorette’ since there is no news that he will not.

Furthermore, Matt James is not just a friend of, but a best friend to former ‘The Bachelorette‘ season 15 winner, Tyler Cameron. Cameron and James actually know each other from their college days, and if you follow either of them on social media, you can see them still spending a lot of time together like best buds.

Tyler Cameron is no more with girlfriend Hannah Brown. Despite fan’s dreams for the couple to make it, the couple did give it a try, living together in quarantine until the start of the year. However, they eventually put an end to it, but not before Hannah Brown could strike a friendship with Matt James. They currently even run a charity together.

Matt James has a Pretty Good Net Worth.

Matt James, like every Bachelor and Bachelorette, is not just a pretty face; he is a pretty successful real estate broker and entrepreneur. He is also a community organization founder with a heart of gold. Matt works at one of the biggest real estate and investment firms, CBRE as an associate since late 2017. 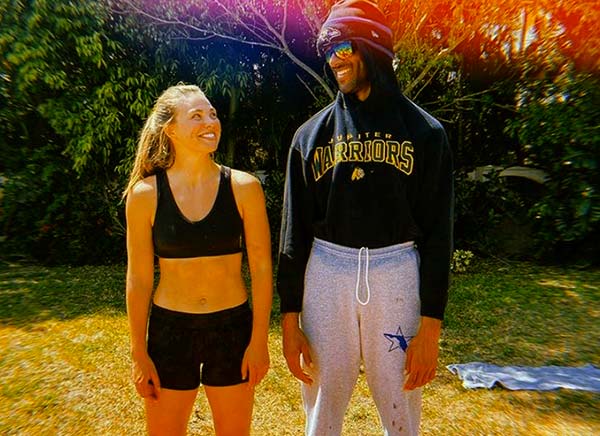 Remember us telling you his charity with former Bachelorette, Hannah Brown. Well, the charity’s name is ABC Food Tour, which collects funds to provide underprivileged children a chance to dine at authentic restaurants and eateries where they experience not just new food but new cultures. The program also provides them with other training and education. With a kind heart like that, who cares what Matt James’ net worth is?

Just kidding, we know it is vital for you to know. Matt James’s net worth still requires some more evaluation to estimate for sure. However, with the information we have at hand, we can say that Matt James’ net worth is approximately $650,000. Furthermore, now that he is transitioning into becoming a reality star through a hit reality show, we can say for sure that the figure will no doubt rise to millions in a short time.

Matt James was raised by a Single Mother.

Matt James was born on December 5, 1992, making him 27 years old now and 28 years at the end of this year. He was born in Raleigh, North Carolina, and grew up around these parts. There is really no more information out there about Matt James’s early life and childhood. One thing is for certain, though; he was brought up by a single mother.

Knowing Matt James as an adult, we can certainly say that his mother did an excellent job in raising him. No one knows this more than Matt James, who takes every opportunity to thank his mom. He never misses occasions like Mother’s day and birthdays and even wishes her on father’s day for a single parent takes both parental roles. 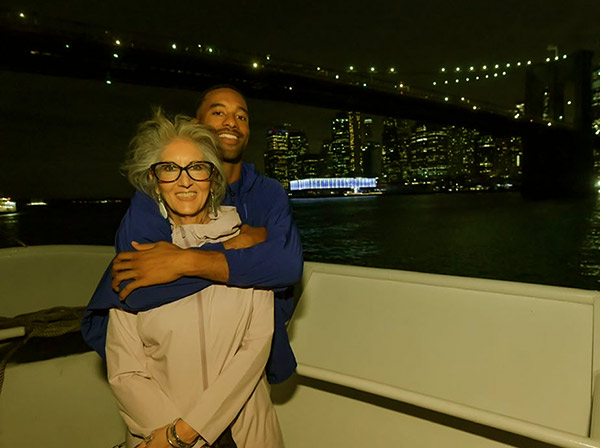 Caption: Matt James’s is grateful to his single mother

Matt James was popular since childhood being extremely athletic. After shining in Football from Sanderson High School, he would continue his passion for the sport in college. While studying for a Major degree in Economics at Wake Forest University, he held a promising college football career playing for Wake forest Deamon Deacons.

He was also part of the Student-Athlete Advisory Committee in college, but the fact does not outshine his athletic career. After all, he almost made it to NFL and at least got tryouts with two NFL teams; the Carolina Panthers and New Orleans Saints. You can tell Matt James still likes to relive the memory of his Football glory days as he keeps talking about it. 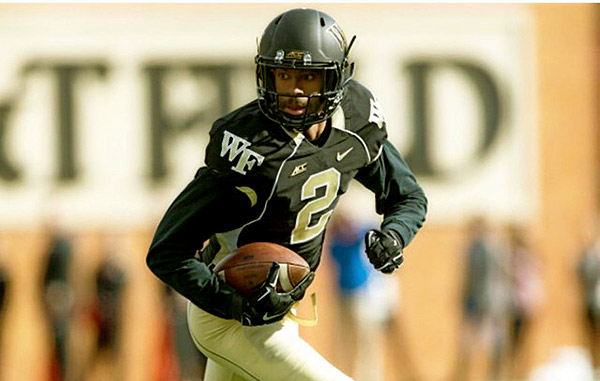 Matt James Dating Life Prior to This is Non-Existent

We are not Matt James admirers here, trust us, but this guy has no skeletons in his closet. We thought we would have some luck by disclosing the Bachelor’s dating life, but even that does not exist publicly. Moreover, the reason as to why he makes a perfect bachelor. The only thing we don’t understand is how a man with a physique and body measurements like Matt James is single,

I mean, Matt James stands at the height of 6 feet and 5 inches with a weight of 75 kg or 165 pounds. His shirtless pictures kind of went viral for his steaming hot body. If you have not had a chance to come across them yet, then you can see them below, and thank us later.

Matt James is on Social Media

If, after reading all this, you want to learn more about Matt James, then you’re in luck. Matt James is pretty active in social media sites. You can catch him on Instagram, where he has over 461k followers. The new Bachelor also most recently joined Twitter only since May 2020. He only has around 17.6k followers on Twitter, so you could be some of his early followers and get all-around information about him.