Risking your life, exploring and hunting pythons in the wildlife is a dangerous thing to do. Some people have made it their profession while some do it out of passion. Dusty Crum AKA, The Wild Man, has made his name by risking his own life to spare that of the others.

The defender of Florida Everglades has received some great achievements. He takes his nerve-cracking passion to a different level out of hunting snakes. Dusty is a national sensation with his fellow python hunters from Discovery Channel’s television show, Guardians of the Glades.

Here are some fascinating things that you must know about Dusty Crum’s married life and net worth. Also, find out everything about his career, children, and many more. 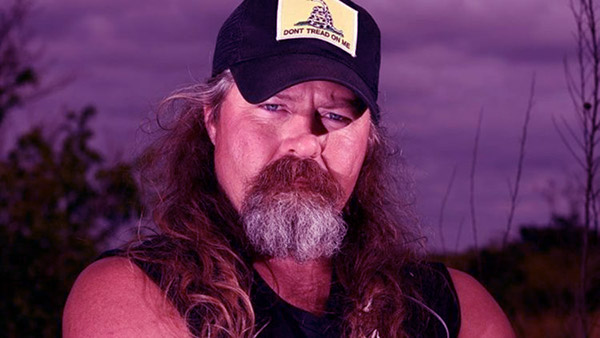 So, let’s start with a brief introduction of the bounty hunter.

Who is Dusty Crum? Know the inside of his personal life

Dusty Crum was born in Sarasota, Florida. Although the details about his exact birth are still under wraps, Crum is running in his mid-50s as of 2020.

Besides, he hasn’t shared much information about his childhood in social media. Talking about his education, Dusty went to Sarasota Christian High School to complete his graduation. 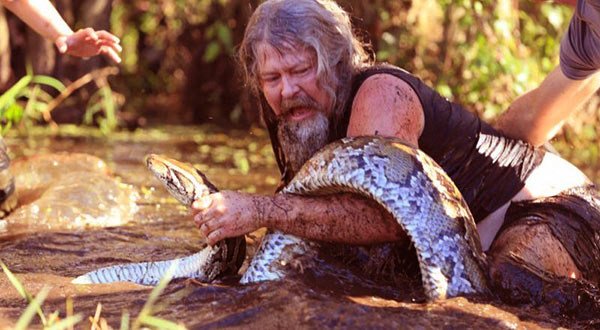 He grew up in Sarasota County, and he had an amazing childhood capturing snakes from a very young age. He was passionate about hunting snakes and alligators all around Florida. Before making a career out of his passion, Dusty worked in construction and all the works that followed

Some of you might have no idea about the Burmese Python problem in Florida Everglades. These scaling reptiles have invaded the place with a huge population all over Florida.

Dusty Crum is a registered python hunter. He is the main focus for a television show named Guardians of the Glades, which airs on the Discovery Channel. 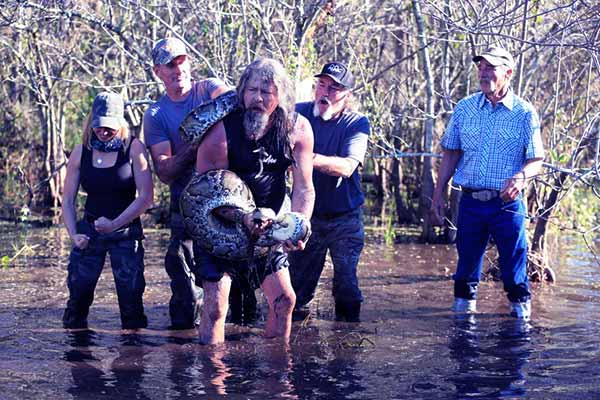 Caption: Dusty Crum and his team on Guardians of the Glades

Dusty was working as a hunter for the South Florida Water Management District’s Python Elimination Program. He is among the few selected hunters for the program.

Soon after, the Discovery approached the man to feature his struggles of managing the invasive species in Florida Everglades.

Dusty Crum leads a team of talented snake experts and hunters as they explore the swamps to hunt pythons. Most of the times, he captures barefoot and barehanded. He is a superstitious man, so he claims it to be faster without any shoes.

Guardians of the Glades also follows him throughout his long journey hunting snakes. Not only that, the show features things that happen afterward, like validating his bounty and his tanning techniques as well.

However, Dusty respects these majestic reptiles, and it hurts him while killing the snake. But he has to utilize all the pieces out of respect for the animal.

How much is Dusty Crum Worth? His salary and income

It’s a fact that the registered bounty hunters have a handsome reward for their catches. So, Dusty being one of them earns a lot with all of his big hunts.

The reward for a python sized four feet is $50 and an addition of $25 with each foot after that. It all depends on the physical attributes of the snake-like the number of eggs that it carries and its types. So, he earns around $300 from a single snake that he catches. Now, when we calculate the number of snakes he found and their bounties, it’s evident that he earned a significant amount.

Also, he runs an orchid business together with his friends. He operates a shop named Orchid Envy in Venice. Besides, he makes a lot of money selling leather products made out of snakes. Dusty and his team have a big collection of merchandise that they acquired from python products.

Is Dusty Crum married, or Is he single?

The details about Dusty’s personal life is still a puzzle. Many people are concerned about his marital status, and they want to know if Dusty Crum is married or not?

There is no information about his wife or his family, which led us to believe that he is an unmarried man. However, he has a girlfriend named Natalee McKinney, who helps him operate their orchid shop in Venice.

Natalee also helps him sell the merchandise made out of python products. It’s a fact that he is in a living relationship with McKinney, but are they planning to tie the knots anytime soon? That’s a question that we’re desperately waiting for to be answered. 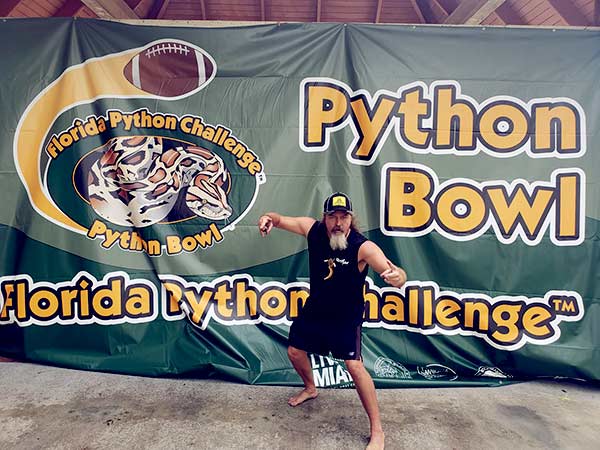 Every hunter has that one memorable catch in their lifetime, and Dusty Crum had his biggest score back in 2017. The Wildman had his best catch as the enormous python that he ever caught. Dusty explained that he had never seen a snake as big as this while working in the park.

Also, he described the python saying, “Andre the Giant Versus Hulk Hogan.” The mystical creature he caught was the biggest of his life, which measured almost 17 feet long. Besides, the snake had around 78 eggs. Wow, that’s big!

WHAT A CATCH! Dusty "the Wildman" Crum has caught the biggest invasive python of the season at 16 feet and 10 inches long, and he's been paid graciously for it. But here's a warning…she was pregnant.STORY: fox13news.com/news/florida-news/253977467-story