Break-up, separation, and divorce have been the main headlines in the entertainment industry. Many celebrities split up from their partners due to reasons like cheating, misunderstanding and various others. Likewise, Ant Anstead, an English TV presenter, got married to HGTV start Christina Anstead after divorcing ex-wife Louise Anstead.

Here are some facts about Ant Anstead ‘s ex-wife, Louise Anstead. Lets’s take a look below.

Louise and Ant Anstead were Together for Over Two Decades

Luise and Ant met each other for the first time in college and eventually started dating and going out. Their love did not end at college; after graduation, they were still pursuing their relationship. 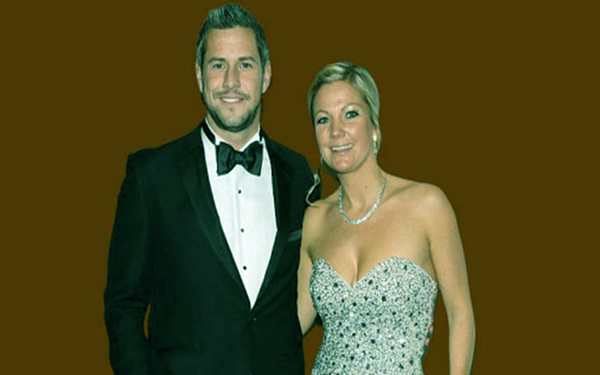 Caption: Louise and Ant Anstead were married in 2005

After being together for years, the two took their relationship to the next level. Subsequently, Louise and Ant walked on the aisle in 2005. Combining the years of their college days and after marriage life, the duo was together for more than twenty years.

After 12 years of marriage, Louise and Ant decided to apart. They were together for over twenty years, and then the duo has not felt for each other anymore. The former couple split in July 2017 and later got divorced in October 2017.

Ant Anstead took to Twitter and wanted people to know about the relationship between the two was over. He tweeted, they separated in July 2017. 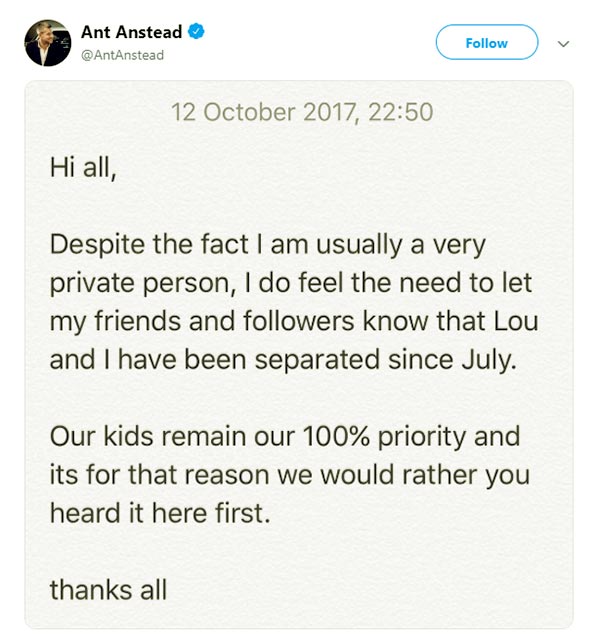 Caption: Ant Anstead took to Twitter and wanted people to know about the relationship

What was the Cause of the Divorce?

The actual reason why the two got a divorce after being together for so long has not revealed to date. Neither did Louise nor Ant speak about the divorce. The former couple has kept their private life a low-profile all along.

They hide their marital life and struggles from the media. Also, their divorce proceedings were done secretly. They never talk about this topic to the media. However, Ant and Louise both share custody of their two children.

Presumably, the cause of their divorce is said to be Ant’s extramarital affair with TV star Christina El Moussa. After parting with estranged wife Louise, he officially announced his relationship with Christina.

How Many Kids Does Louise Anstead Have?

Louise Anstead is the mother of two children. Ant’s ex-wife gave birth to their first child, a daughter named Amelie, while they still in a relationship in 2003. Their daughter was the witness of Louise and Anstead’s marriage in England. 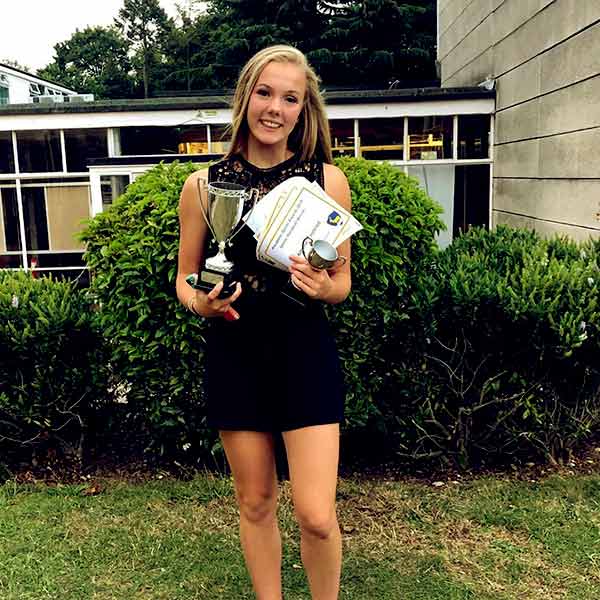 Later the former couple blessed with a baby boy, and they named their son Archie, who is now 13 years old. On his 13th birthday. Ant posted a series of the photo of the father and son on His Instagram. He wrote,

“Archo, you a legend! Funny, smart cheeky, brave, kind, loving, caring, and a proper gentleman! A real character! Truly you are my best friends! I love every single moment with you! And your attitude and outlook inspire me daily!” 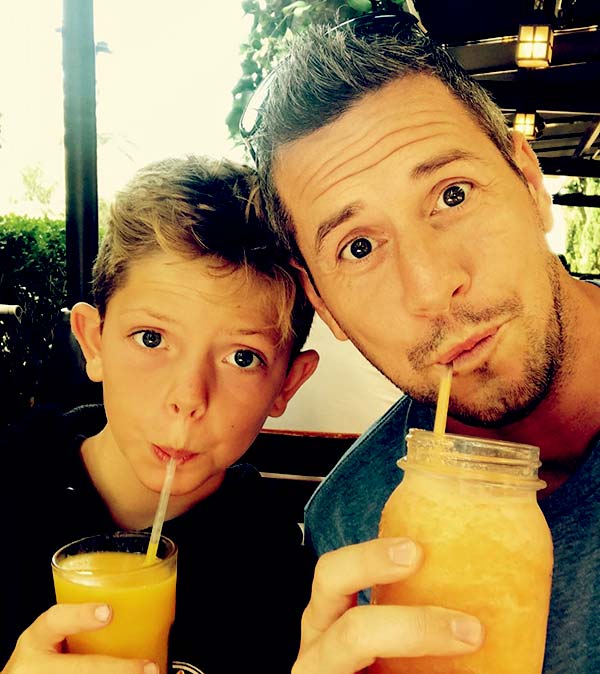 Amelie and Archie are studying in school, but their grade has not mentioned. Next year, maybe their daughter is about to go to college. Louise’s ex-husband shares many pictures of their kids on his social pages.

Being a dad and now a step dad is one of life’s biggest privileges! The moment you hold a child, everything changes! To all the dads out there… the step dads…. and those men that just take up the role of dad!! hats off for just being dads! You don’t realise how important you are! I owe my dad so much! And I’m a better dad because of my kids! I owe them so much too! Happy Father’s Day chaps! You deserve to be spoilt today x x x

Louise Anstead has a surprisingly Huge Net Worth

What Louise does for a living is not known? After the divorce from Ant, she removed herself from the limelight and lives with her two kids.

She has kept her profession and personal life very private. Reportedly, how much alimony she received from Ant is also not disclosed to the public. It is believed that Louise Anstead has a net worth around $1 million.

Oh the other hand, her ex-husband Ant’s net worth is $5 million that earns from his TV career. Currently, he is making a handful of salary from Discovery Channel’s ‘Wheelers Dealers.’ Also, he published a book titled “Robbers: The Story of the British Police Car.”

Making awesome progress on my new solo show! While @mikebrewer is in the U.K. doing his show I’m elbow deep into building myself a car, from scratch, over 12 episodes! I’m working it out as I go!!! 😎! Coming soon to @motortrend @discovery x (photo credit @chrissyponce ) x

The ex-wife of Ant Anstead is a very secretive person. She hasn’t shared anything regarding her personal life, such as her childhood, parents, family, education as well as career. Everybody is curious to know about her life after divorce. Perhaps, she is still single or dating a guy.

There is no news of her current relationship status. We can undoubtedly say she is probably single. We hope she finds her match with whom she spent the rest of her life with her partner and not left her again.

On the other hand, her ex-husband already moved on with his current wife, Christina El Moussa, and also, they have a son named Hudson.

Too good not to share 😂😂😂 Hudzo is 3 months! And apparently (so @christinaanstead tells me) this is a big deal as it ends the fourth trimester 🤓 🤷🏻‍♂️ Love how he follows and is mesmerised by the phone (and my incredible singing voice of course 😬 #sticktocars) x x

How Old is Louise Anstead?

As already stated, Louise is a private person. According to some sources, Louise was born in July 1980. As of early 2020, she is 40 years old. Seemingly, her date of birth is not mentioned.

She holds an American nationality and belongs to white ethnicity. She is famous as the ex-wife of Ant. Besides, there is no info about her. Where she also lives not revealed on the internet.

Louise Anstead Ex-Husband is the Co-Host of ‘Wheeler Dealers’

Ant Anstead is a British TV presenter, motor specialist, and co-host of the Discovery’s ‘Wheeler Dealers‘  He is widely recognized for his work on the Channel 4 automotive show ‘For the Love of Cars.’ 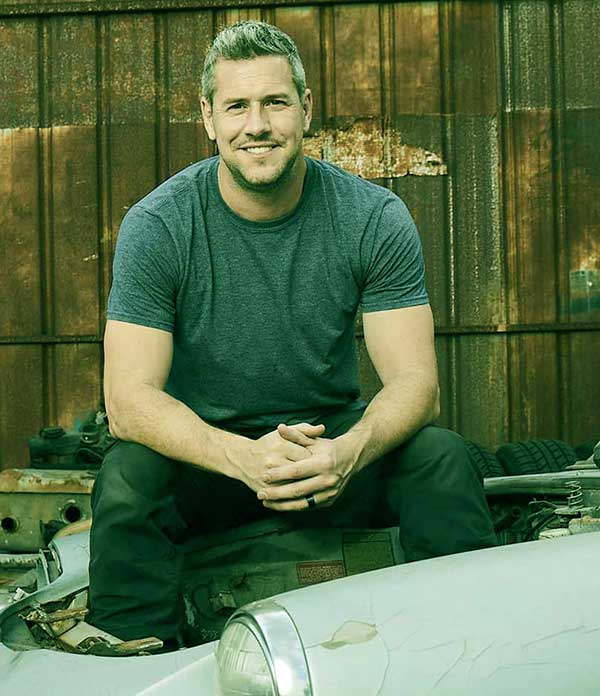 Anstead took the job of the host over Edd China. Besides, he is a car builder, designer, and artist. As a kid, he had Lego and Meccano model sets. At the age of 10, he built Go Kart. When he was 16, he built his first car, MG Midget, with a black hood.

If you are searching for Louise Anstead, then let us help you know that she is not active on social networking sites such as Twitter, Facebook, and Instagram. If you want to know about her children and ex-husband, then you can follow Ant Anstead on social media such as Instagram.

Her Husband has Already Remarried & Started a Family

Unlike Louise Anstead, her ex-husband Ant Anstead is a pretty big TV personality, and so is his current partner, Christina El Moussa. Their private lives are also, thus, matters of public interest. It did not take long for Ant Anstead to get married a second time to Christina, making her Christina Anstead in December 22, 2018. They have already even had a son, Hudson London Anstead, together on September 6, 2019. 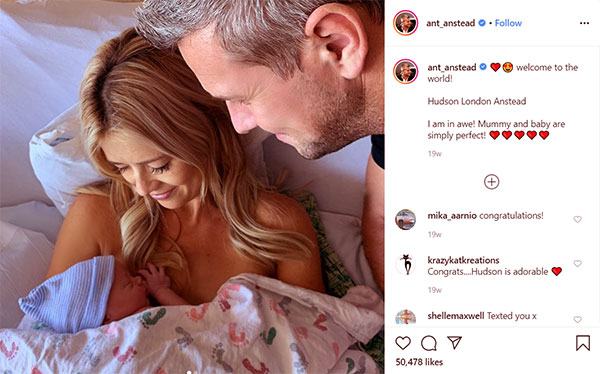 Caption: Ant Anstead posts about the birth of his son with Christina Anstead

Will just leave this right here…. And casually go about my day…. 😙🎶 😍 😂😂😂🤷🏻‍♂️ pic.twitter.com/vMjPwUXnpi

For more updates about your favorite celebrity, keep visiting on our page.