If you are a huge fan of drag racing, then you are on the right page. Not only can men race, but women also race cars at high speed — likewise, Lissy Musi, a second-generation professional car racer who has set the bar for women.

This blonde bombshell grabbed the attention not only from her talent but also from her beauty. Further, she was on TV as a part of No Prep Kings. So, far, is she dating fellow drag racer, Kye Kelley? Who is her father?

Lizzy Musi is a Drag Racer

Lizzy Musi was born on January 1st, 1991, to parents Pat and Elizabeth Musi, making her age 29. She grew up along with her sister, Patricia ‘Trish’ Musi, who loves driving cars like her. As a kid, she loved playing with car toys that later turn to career. 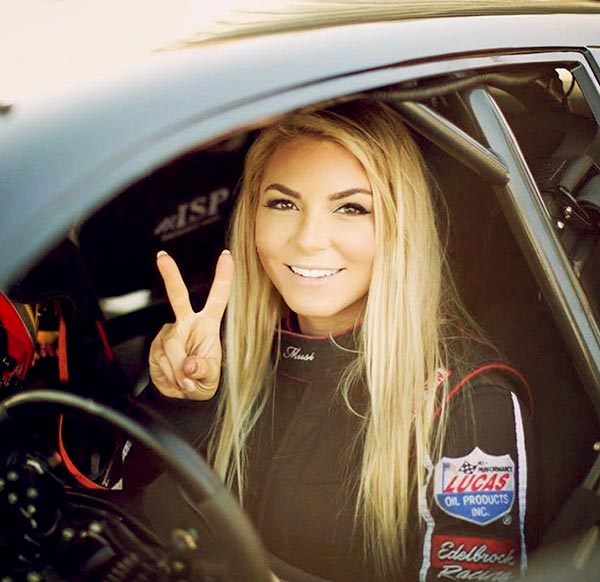 At the age of 8, Lizzy began racing and competed in junior dragster races. Musi’s first competitive action in Junior Drag racing was in 2007 when she was 16 and eventually became a rising star of the sport. Lizzy studied at Caterer High School. During her schools, she helped her father in his shop, like sweeping the floors and cleaning car parts.

The blonde car race driver’s father was a professional drag racer and also an engine builder. Pat Muis was an eight-time Pro Street World Champion, and now, he is a master engine builder at Musi Racing Engines. 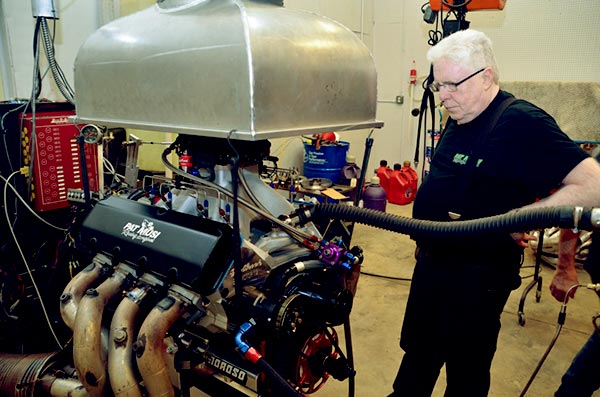 Caption: Lizzy’s father, Pat is with his 632 Crate Engine

Pat started his career on the street of Queens, New York, with his 55 Chevy. He gained fame when he raced among the Pro Stock racers such as Warren Johnson and Bob Glidden, who did more than just driving the car. Later, he brings his experience of driving a race car down the track into the engine building room. He makes Edelbrock 555 Crate Engine, 767 horsepower and 649 ft-lbs of torque.

Musi is Part of the Family Business

The family owns Musi Racing Engines, whose cars race in the racing. Before that, her father worked for international racing teams and helped to put their cars together before the competition.

HAPPY BIRTHDAY! To the greatest Dad a daughter can ask for. Thank you for all you do! I love you!! #dad #patmusi #musiracing #popeye #birthday

Back to date in 1970, Pat Musi opened his shop. Upon graduation, Lizzy worked in his father’s shop and helping his cleaning the cars. When Lizzy made her debut in PDRA, her father collaborated with the PDRA to services all the engines. She never misses a single chance to promote the family business. Later Pat moved his shop from new jersey to North Carolina to watch Lizzy compete in pro races.

Many of her followers are wondering to know if she is married or not. No, we haven’t seen a ring on her finger yet, but Lizzy has found her life partner, and both have the same interest in car racing. 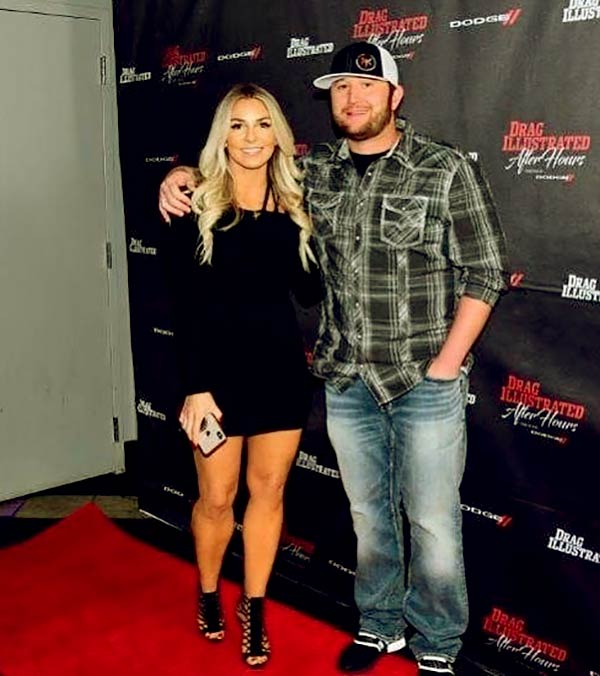 Currently, Lizzy is dating Street Outlaws cast Kye Kelley. They have been together since 2017. The blonde race driver announced their relationship officially via her Facebook back in 2017. Though, there is no record of her past affairs.

The New Orleans native Kye Kelley was previously married to ex-wife Alisa Mote with whom he shared a daughter named Kenadeigh Alexa Kelly. Also, Musi’s boyfriend has another child from her ex-girlfriend, but the name has not mentioned.

Lizzy Musi and Kye Kelly are not married and may not get married for a short while. However, this does not mean that they do not act like a married couple. They have been dating for quite some time now, so they must be getting more and more dependent upon one another. They even write sweet messages for each other on social media. In Kye Kelly’s birthday, Lizzy Musi shared a photo of them embracing on Instagram writing,

“I can’t picture going through life with anyone else but you.” She ended her message further saying, “You are my partner, my best friend, and the man I love” before wishing him a great happy birthday.” 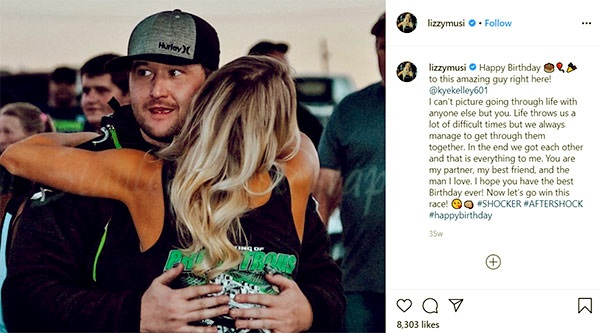 Of course, being married does not mean lovey-dovey moments like this one. They also have little arguments like most married couples do, and they are not afraid to share that side of their relationship with their fans. In another video posted by Musi but shot by Kye, Lizzi is seen visibly in frustration. She is cleaning a Tupperware complaining that somebody needs to do some work around the house while Kye is coming up with excuses to leave.

The best feeling is knowing you have a best friend by your side that you know you get to love, share good times with and be there though the tough times. Thank you for always making me smile ❤️👫

Lizzy suspects that Kye is making the excuse of going to the store but instead is going hunting. Unlike most wives, Lizzy is actually jealous of the fact that she too is an avid hunter.

“If I can’t hunt, you can hunt,” she can be heard saying as Kye makes his way out the door.”

Caption: Lizzy suspects that Kye is making the excuse of going to the store but instead is going hunting

Aw…, even their fights are adorable. The two should stop beating around the bush and just get married. After all, they already act like they are husband and wife and not dating.

How Much is Lizzy Musi’s Net Worth?

Lizzy Musi, after 2014 when she won the PDRA’s race and set the record of 200MPH in eight-mile Pro Mod racing. After that, she competed in many car racings and won three PDRA races to date.

Through her racing career, Lizzy makes marvelous money. She has been professionally racing for several years. As of now, Lizzy Musi’s estimated net worth is believed to be $1 million.

Musi Has a Storefront on Amazon

In addition to her racing, Musi is an entrepreneur and has her own storefront on Amazon with her name. Through the Amazon, she sells beauty products such as hair care products, face cream, moisturizer, facial wipes, lotion, and many more.

Lizzy Musi is a Pet Lover

Lizzy is a dog lover. She posts numerous pictures with her dogs, including a monkey. In June 2019, in her family, she added a new member, a French Bulldog, and named it Biggie Smallz. 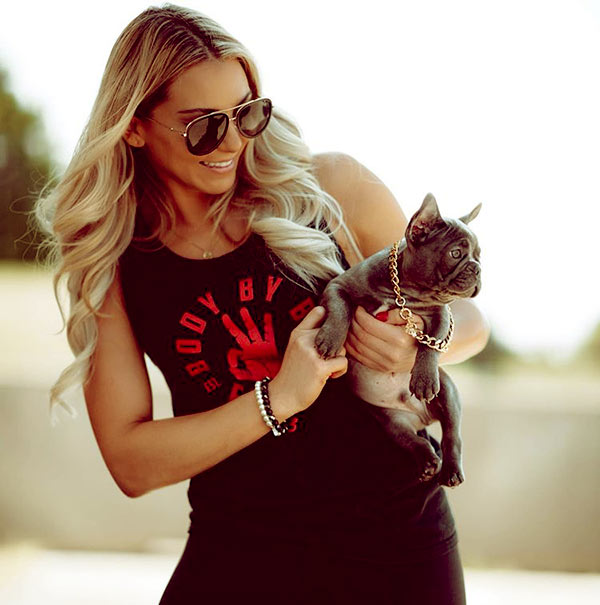 Also, she has an adorable dog named Torque and has shared a few photos of it on her Instagram as well. She even travels with her dogs in new places and occasionally brings pets to the racing field. 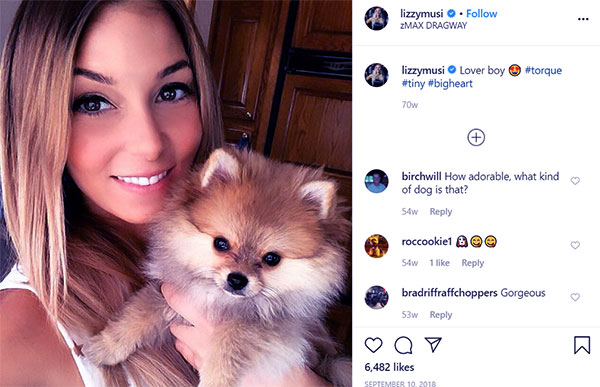 We would not include the information about Lizzy Musi being a pet lover if she had only two dogs. Even we do not know the exact amount of animals she has. Similarly, she also has a Dachshund dog by the name of Dyno. 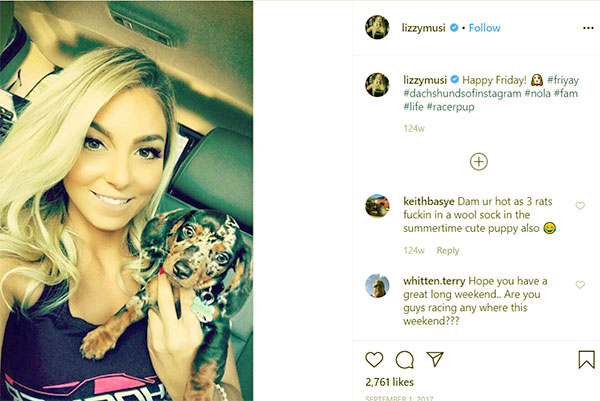 Caption: Lizzy Musi with Dachshund dog by the name of Dyno

So far, we think, we have correctly listed each dog from most recent to the oldest pet owned by the Street Outlaws power couple. Even before Dyno, they were proud mom and dad of two fox terriers named Nero and Lenco 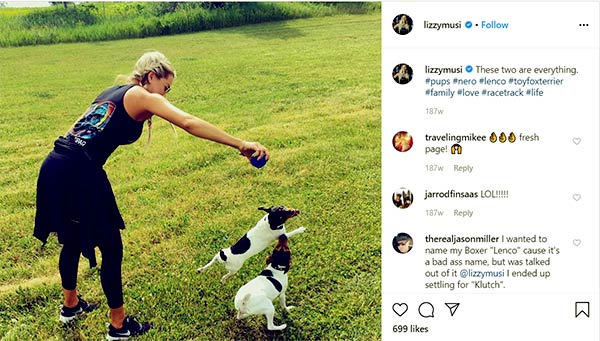 The second-generation racer, Lizzy’s car was crashed during the third round qualification run in the American Drag Racing League in Bristol in 2012. She was driving the 1968 Camaro that went out of control and before crashing over the barrier wall. Luckily, she came out unhurt despite the horrible accident. Watch the video below.

Caption: Lizzy’s car was crashed during the third round qualification run in the American Drag Racing League

Again in 2015, she has another accident in the Pro Nitrous qualifying round for the season-opening PDRA Texas Nationals at the Texas Motorplex in Dallas. Her car crashed into veteran Ron Muenks’ car, but fortunately, they both survived.

Again, she faced another accident in the Pro Nitrous at the Texas Motorplex outside Dallas, but there was nothing serious to worry about.

How Tall is Lizzy Musi?

Despite the busy schedule, the drag racer has maintained her figure by eating healthy foods and regular exercise. According to sources, Lizzy stands at 5 feet 9 inches and weighs around 64 kg. But the size of her bust, waist, and hip are not disclosed.

At a tender age, Lizzy made her name by herself in the car racing field and took her career in a new height. Lizzy is becoming famous on social networking sites, especially on Instagram. Her Instagram goes by “lizzymusi” where she has over 140k followers. On her Instagram bio, she wrote, ‘Diver of the Aftershock Camaro on Street Outlaws No Prep Kings.’

Furthermore, Musi has an account on Facebook and Twitter. She posts selfies of herself as well as photos of her boyfriend and car racing. It was through her social media that we found out about her new partnership with Edelbrock Racing and Pat Musi’s Engines in December 2018. It is through this partnership perhaps that she now sports a slightly changed paint in her car, which is all black and red.

It might actually not look that different from the outside, but we promise you according to the engine and other part upgrades, Musi has opened up about in her Instagram. She is going to be an even more fierce competitor in and outside of Street Outlaws. 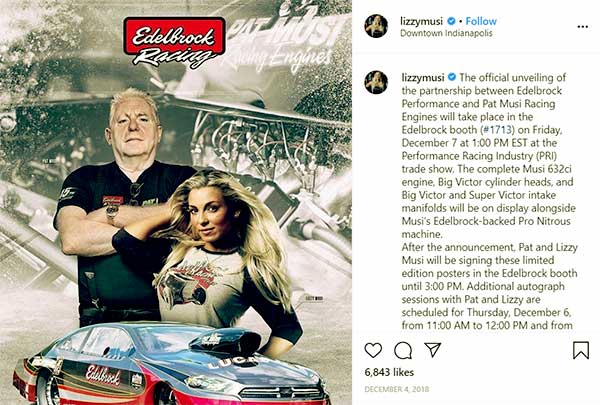 Caption: Lizzy Musi is going to be an even more fierce competitor in and outside of Street Outlaws.

Lizzy Musi Ranked in 30 Under 30 by Drag Illustrated

Drag Illustrated has listed some of the young people in drag racing. Among then Kelley’s girlfriend, Musi is one. She appeared along with Brittany Force in Drag Illustrated’s 30 Under 30 List.” Brittany is one of the racing stars and competed in several races.

#burnoutsforwyatt and a fast pass for you bud!! 👊🏼❤️