Karl Malone is the greatest NBA player of all time. With a towering height 6 feet 9 inches, Karl spent his first 18 seasons with Utah Jazz in the National Basketball Association. He also played one season for Los Angeles Lakers. The two-time NBA Most Valuable Player finished his career with 36, 928 points, and ranked second behind Kareem Abdul-Jabbar.

Karl won a gold medal at the Olympic Games in Barcelona. Though the retired NBA player has some shocking side of Malone, has been uncovered over the years. Malone has been living a blissful married life with Kay Kinsey. They have four children together. The shocking facts, he has three more children before marriage. He had two kids with Bonta Ford, and one with Gloria Bell.

Read on to find out the details of Karl Malone’s children; know his every son and daughter here.

Karl Malone and Kay Kinsey Were Married Since 1990

NBA star, Karl Malone, got married to a beautiful woman, Kay Kinsey, on December 24, 1990. Kay is the winner of the 1988 Miss Idaho USA pageant. Karl is so lucky to have a woman like Kay in his life. Like most couples around the world, the two started their love story with a small meeting. After that, the two began to hang out more and more, and eventually, two became more than friends. 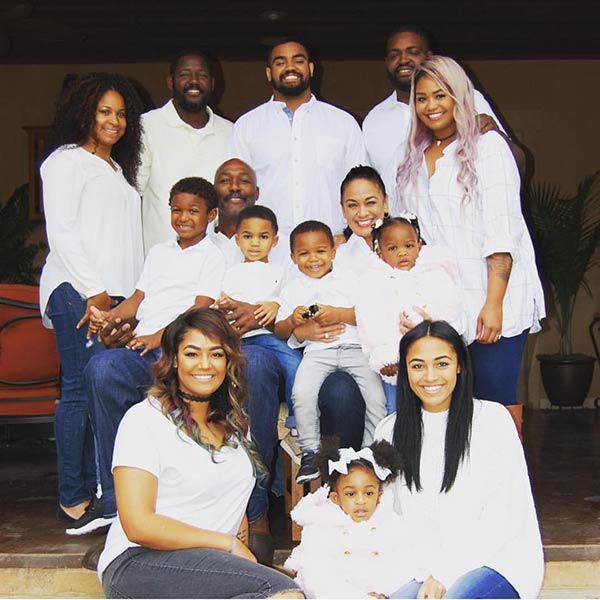 It seemed that the couple has been living together for thirty years without any rumor of separation and divorce. Currently, she works in the Teriyaki Grill Restaurant of Ruston. Malone owns a large number of businesses and properties, and his wife also is getting involved in other companies as well.

Mr. and Mrs. Malone live in a beautiful mansion in Ruston, Lousiana, along with his children and grandchildren. They have three daughters, Kadee, Kylee, Karlee, and a son named Karl Malone Jr, aka K.J. Malone.

Kadee Malone is the first child of Karl and Kay Malone. She was born on November 8, 1991, and is 29 years old. Kadee’s birth sign is Scorpio, and her life motto is “Energy Never Lies.” She is a businesswoman and social influencer. 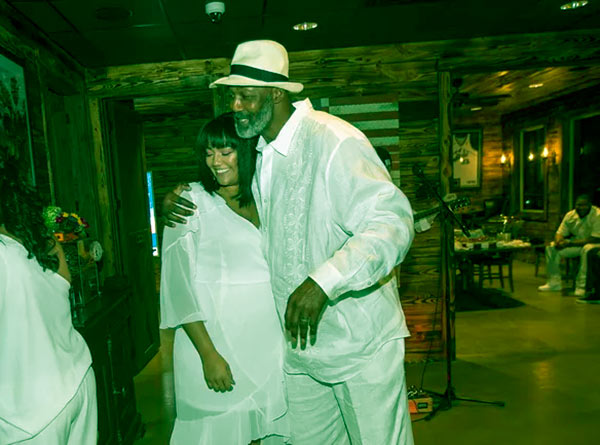 Kadee partnered with her dad, Malone, and started a business of cigar and vape. Kadee has a great relationship with her family members, including parents. The black beauty opened her new store, Legends Cigar, and Vape shop on November 15, 2018, in Ruston, Louisiana.

Kadee is an animal lover. She is parents of two pets, a black cat, and a cute dog named Lola. Further, Kay’s daughter has her merchandise, where she sells a variety of Dominican Cigars and other items. Kadee got engaged with her boyfriend on February 24, 2020. She even shared a photo with her fiancé on Instagram in which she was showing off a beautiful diamond ring in her ring finger. 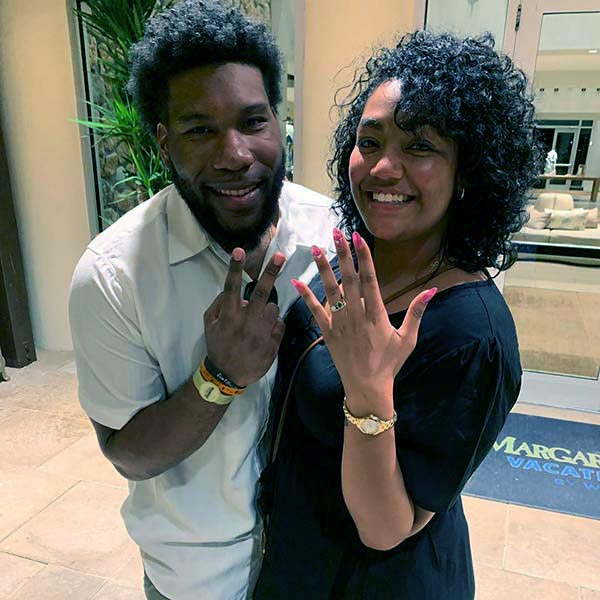 Caption: Kadee engaged to her longtime boyfriend in February

The fact, Kadee has kept all of her social accounts private besides her business account. She has a self-titled YouTube Channel, “Kadee Malone,” and uploaded her first video titled, “1st Vlog: Come On a Business Road Trip with Me!” on January 25, 2020.

Check the below video.

Kylee Malone is The Second Child

Kylee was born on April 7, 1993, which makes her age 27. She prefers to stay away from the limelight. Kylee rarely made her appearance along with her parents in the media. She doesn’t have any social media, so; it is hard to get the info, Kylee. 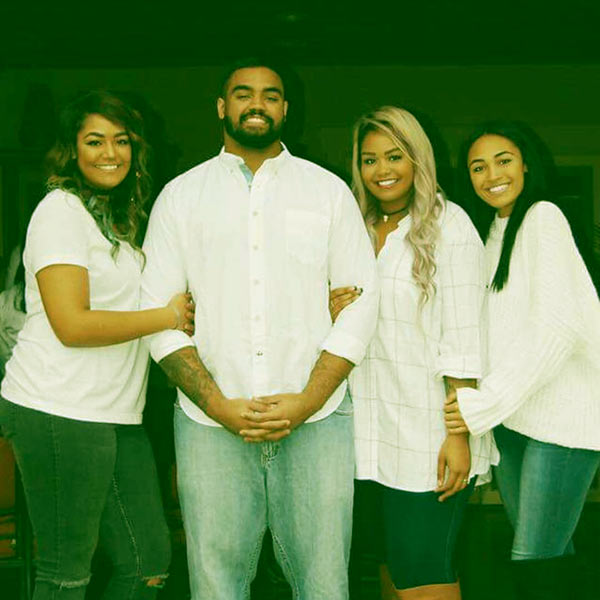 K.J. Malone is a sports enthusiast and loves playing football. Karl Jr was born on May 8, 1995, which makes him 24 now. Kay Kinsey took to Instagram and posted a series of photos of Karl Malone Jr on May 8. She wished a happy birthday with a sweet message. 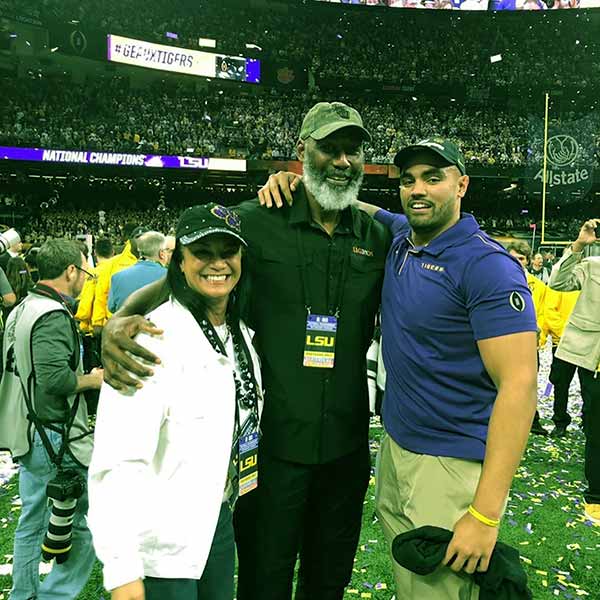 Caption: K.J. Malone is the third child of Karl Malone and Kay Kinsey

In the caption, she wrote, “Happy Birthday, K.J.” She continued, “God blessed with me an amazing son that has the biggest heart. Love seeing you so happy and enjoying life. You make me a proud mama and can’t wait to see what dreams yo accomplish this year. “

He played football at Louisiana State University. In 2018, he signed a deal with the Houston Texas as an undrafted free agent. But sadly, his football career is over. During his career at LSU, K.J. Malone had a knee injury, so he decided to step away from the game. Now, he is pursuing his career in Law Enforcement.

Karl Jr. is in a relationship with his girlfriend, Kaitlyn Mallory Walker, and doesn’t shy to flaunt his love life on social media.

Karlee Malone is The Youngest Child of Karl Malone

Karlee Malone is the youngest among four children. She was born in 1988 and is 22 years old. Karlee is a model and has worked with many modeling agencies. She does have an Instagram account that goes by the name “@karleemalone,” where she has over 25k followers. Like her siblings, she has kept her Instagram private. It is safe to say that she fills several hot and bold pictures of herself. 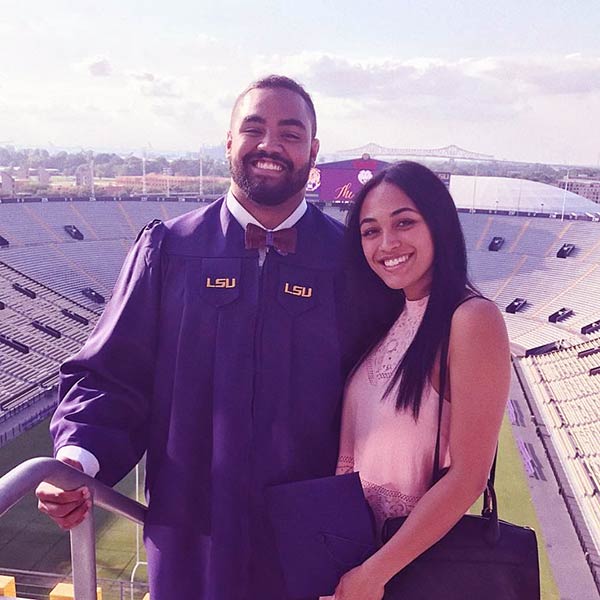 Karl Malone’s Eldest Son, Demetress Bell, is a Former NFL Player. Demetress Carte Bell is the first son oldest of Karl Malone, born to Gloria Bell in 1984. He is now 36 years old. When he was born, his mother, Gloria, was just 13 years old, whereas Karl was 20 at the time. 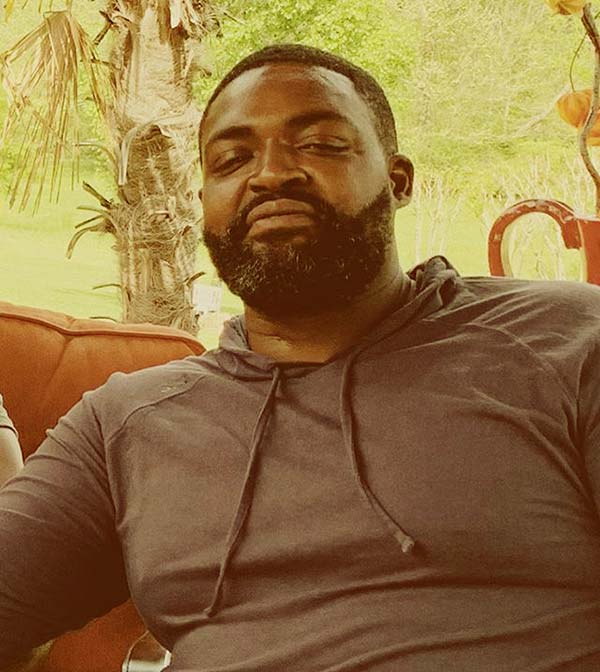 Caption: Demetress Bell didn’t know who is his father until his high school graduation

While Karl was studying at Louisiana Tech, he reportedly impregnated a 13-year-old girl named Gloria Bell. After giving birth to Demetress, his grandparents took his father to court for paternity in 1986. At the time, Malone was playing for the Utah Jazz. Bell said that she didn’t receive any support from Malone at the moment. However, Karl was never charged with a crime or forced to pay any expenses.

His parents didn’t meet until his mother, Gloria, was 17. According to Gloria, Karl never wanted to meet his son, and even after Bell tried to contact his father through the NBA Office. According to Deseret News, Malone admitted he might have made a mistake in how he dealt with his eldest son, Demetress Bell.

After high school graduation, he enrolled at Northwestern State, where he played college football. In 2008, he was drafted by the Buffalo Bills and played until 2011. Then he played for Philadelphia Eagles and Dallas Cowboys for one season in 2012 and 2013. Currently, he lives with his father, stepmom, and half-siblings in Louisiana. Demetress Bell’s net worth is over $3 million.

Before getting married to his current wife, Kay, the retired NBA player has an affair with his high school sweethearts, Bonita Ford, in the 1980s. On June 6, 1981, he was blessed with twin children, a daughter Cheryl Ford and a son named Daryl. But just a week after their birth, Malone left to play college basketball and disappeared from their lives. As of now, the twin children are 39 years old.

Cheryl and Daryl met their father, Karl Malone when they were 17 years old in 1998. They both born and raised in Homer and live in Summerfield, Louisiana. Karl’s daughter, Cheryl, is an American former professional women’s basketball player. Also, she is a member of the Detroit Shock and won the WNBA championship three times.

With a height of 6 feet 3 inches, Cheryl played basketball for Summerfield High School in Summerfield. Later she and her twin brother enrolled at Louisiana Tech University. Cheryl was named to the Associated Press’ All-America Honorable Mention team. 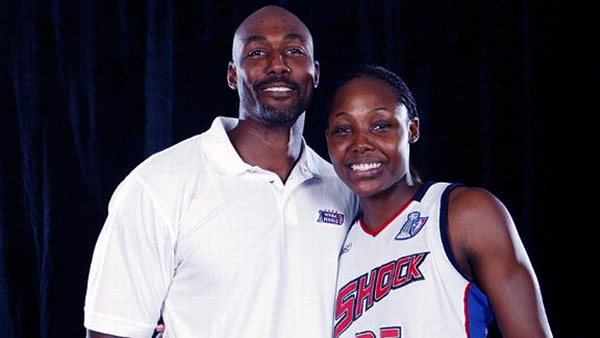 On the other side, Daryl Ford played basketball at Louisiana Tech. Daryl maintains his own logging operation in Louisiana. In 2003, Cheryl was drafted by the Detroit Shock in WNBA Draft and played until 2009.

Following the year, Ford played basketball for several teams such as Dallas Fury, Anda Ramat Hasharon, UGMK Jekaterinburg, and CCC Aquapark Polkowice. In 2012, she signed a deal with the Canik Belediyesi basketball club. After that, the basketball player nailed with the New York Liberty in March 2013, but she left the preseason due to a left knee injury. Cheryl Ford is a mother of Camryn.