Celebrities are full of surprises, even big famous ones. You think you know everything about them, and out of nowhere, “BOOM!” you discover entirely new and mostly shocking details about their lives. It could be a hidden talent, unbelievable stories, and of course, our most favorite secret of them all; lesser-known siblings.

It has been a while since this went viral, so many may know, but at the same time, many may also not know about Jennifer Aniston’s half-brother, Alex Aniston. Even if you already do know about him, it will not be a complete waste of time since we’re exploring anything and everything we know so far about Alex Aniston. Alex Aniston’s net worth as well as married and dating life is revealed here.

Not much is there to know about Jennifer Aniston’s little brother, Alex Aniston. He was born on May 2 in 1989. So, he is almost 20 years younger than his half-sister Jennifer Aniston who was born in 69′. Alex, who will be turning 31 years old in 2020, shares the same father, John Aniston, with his half-sister, but his mother is John Aniston’s second wife, Sherry Rooney Aniston. 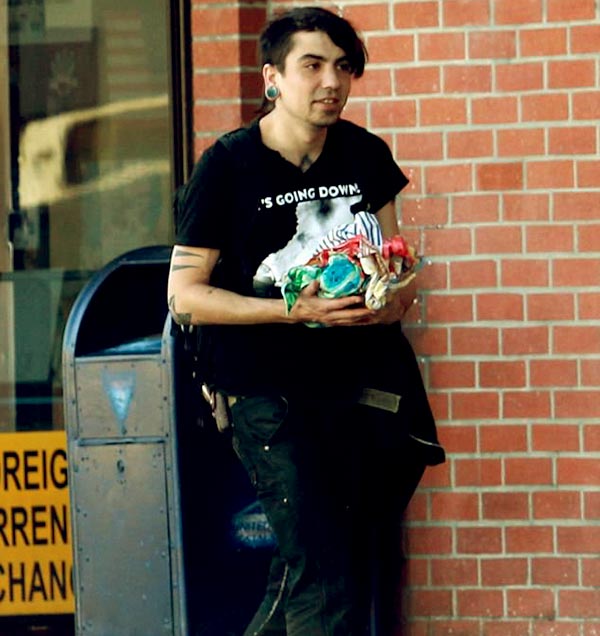 We all know John Aniston is also a famous soap opera actor himself whose most notable work was as Victor Kiriakis in Days of Our Lives. Meanwhile, Alex’s mother and John’s second wife was also an actress who met his father when they were working together in the soap opera ‘Love of Life.’

So, Alex Aniston comes from a long line of actors. Even his late step-mother or Jennifer Aniston’s mother, Nancy Dow, was an actress. Not much is there to know about Alex Aniston’s bio at an early age.

He did not make many public appearances; the last one we got to see him was when he came to watch Jennifer Aniston’s movie, ‘Along Came Polly’ premiere to support his sister when he was just 14 years old. 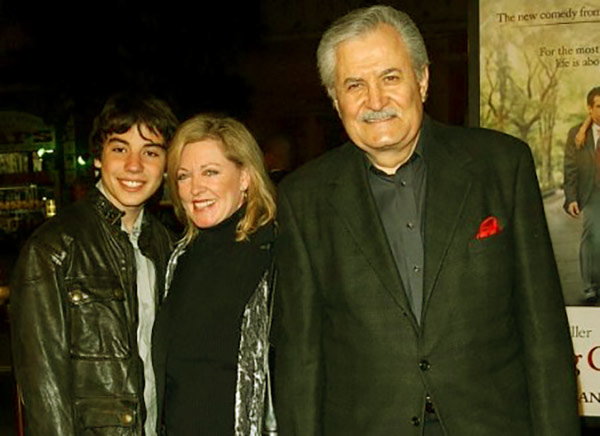 Caption: Alex Aniston at 14 years old with parents in 2004

It was back in 2013; the news was shocking people around the world. No, we are not talking about the rise of Bitcoins and Netflix but the reemergence of Alex Aniston from the dead that made the news. The shock was from the fact that Alex Aniston was utterly unrecognizable from the sweet-looking teenager we saw around a decade back.

According to inside sources, Alex Aniston had drifted away from his family, including half-sister Jennifer Anniston. People caught him attending the Burning Man’s festival in California. Sources later confirmed that Alex had been living in a black van, drifting from place to place, mostly to and fro between Alaska to LA and vice versa. 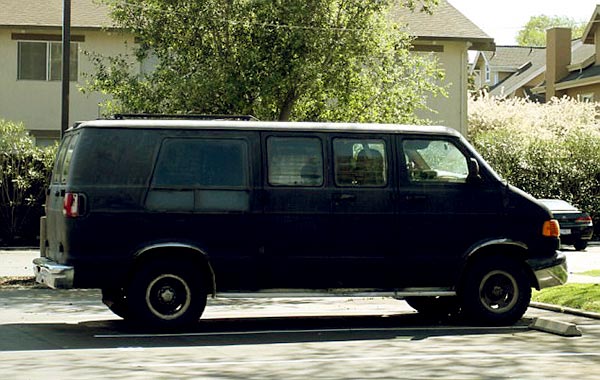 Caption: Alex Aniston black van which he lives and moves around in

Views on his Half-Sister Jennifer Aniston

He was shirtless, so we got to see his bold tattoo of ‘Free Life’ across his abdomen, which we can say was accurately defining his life’s philosophy by the look of things. He was not open towards reporters approaching him with questions, especially regarding his celebrity actress sister, Jennifer Aniston.

“It’s been a pain in my ass for years. No comment,” he said but still did answer one question regarding if he will follow his sister and parents into acting with one word; “Never.”

A friend of Alex Aniston said back then that he had not seen even one movie of his half-sister and did not see him gravitating to the family profession of acting.

“I feel he does his own thing, he makes his own clothes, he’s a really creative guy. I remember he was interested in things like animal skulls but I’ve not seen him that recently and not sure what art he does with them, I would describe him as an artist. He also likes to make original bikes out of different bike parts.” 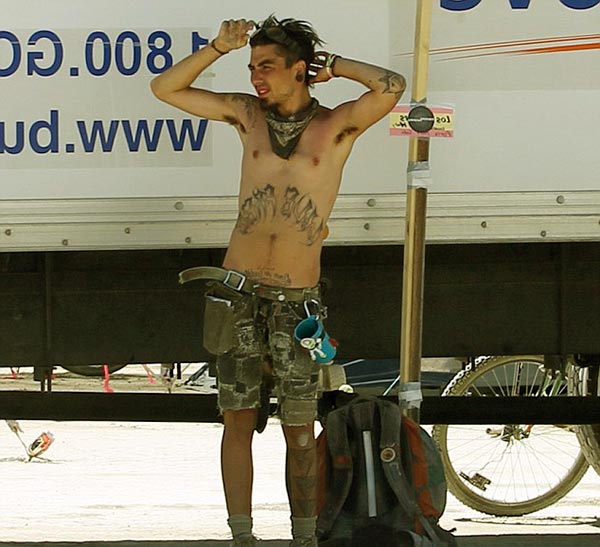 Caption: Alex Aniston in his full punk mode in 2013

Alex Aniston was lastly dating a girlfriend by the name of Kiri Peita in early 2017 when Dailymail caught up with him and his girlfriend in California. We do not know if they are still dating. Still, back then, they were living together in a squalid apartment within the proximity of the run-down suburban California neighborhood they were walking around in.

Alex Aniston’s girlfriend, Kiri Peita, is a beauty who was born in Australia and is of Maori ethnicity. However, she was raised in Georgia, USA, and is a Veterinary Technician. 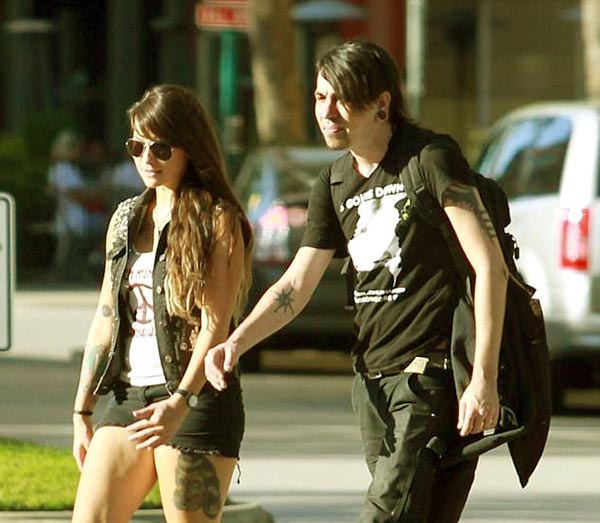 Remember when Aniston’s friend said he was creative and had interests in animal skulls, well, turns out, he is making a living off of it too. He cuts and cleans roadkill animals and sells them as taxidermy. He was also spotted with a knife holstered in his back earlier that year, which he probably uses to execute his profession.

Previously, he was in a relationship with Adriane Hallek. They never married but had two children together; a son, Ryat, who was born on December 7, 2014, and a daughter, Kira, who was born in July 2016. However, Aniston was an absent father in their childhood, according to his baby mama, Adriane. 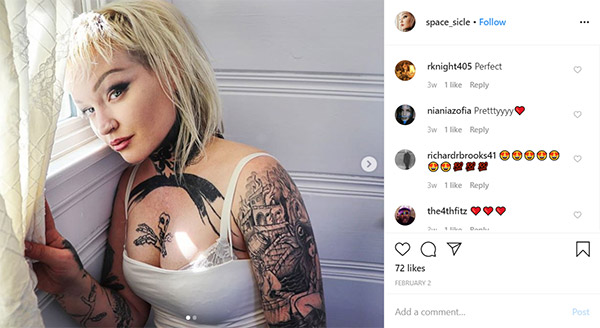 He has not paid them any child support over the years, but frankly, Adriane has not asked him to as well. His former girlfriend is a strong independent woman who is a tatted beauty herself who bends borders when it comes to the traditional norms related to mothers. She gave birth to a third daughter in October 2018.

Alex Aniston’s Net Worth and Relationship with Jennifer Anniston

Alex Aniston’s net worth is understandably not available at the moment. We doubt he makes a significant net worth and salary, living the life of a punk-rock drifter. We are sure selling taxidermy on his own does not make him a lot of net worth.

After all, he lived a lot of his life in a van, and even when he was living in the apartment complex with his girlfriend back in 17′, it was in a quite run-down neighborhood. Violent crimes and assaults were common in the area, according to police reports, with over 15 crimes having taken place solely in his apartment block within six months of the story.

We are used to reporting about all kinds of celebrity’s relatives. Most of the times, just associations with a famous person earns them a bit of a splendid net worth too. However, in this case, Alex Aniston has not had good relations with half-sister Jennifer Aniston or their parent. Hence, we are not sure we can attribute him to Jennifer Anniston’s net worth, which is approximately $200 million.

Well, despite all the stories of their tumultuous relationship, there were talks that Jennifer Aniston was hoping her brother could attend her wedding with ex-husband Justin Theroux back in 2013. Furthermore, she wanted Alex to be the best man. We do not know if it did happen. However, our personal view is that it is never too late to reconnect with family. So, we hope that the Aniston family become whole again. 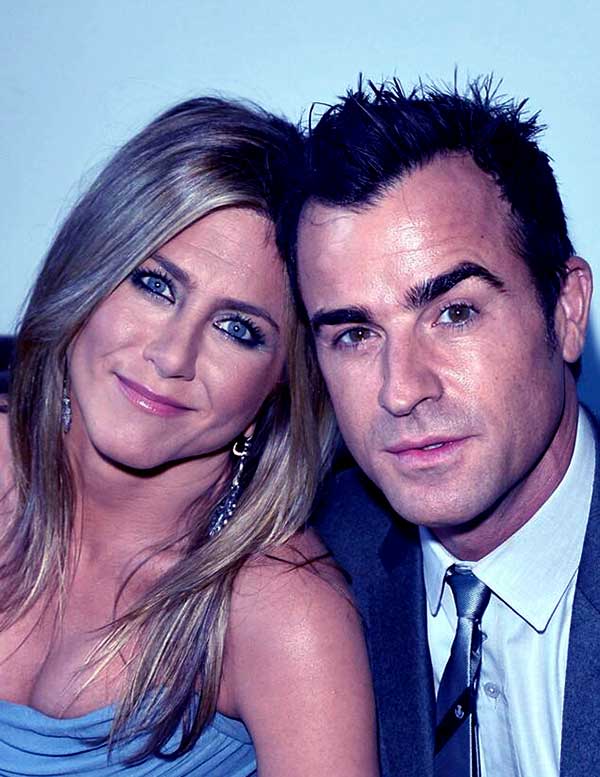 Caption: Jennifer Anniston wanted half-brother Alex to be in her wedding with Justin Theroux