Celebrities are always in the media and public eye. All aspects of their life are drag into magazines, newspapers, and televisions. But there are a few secrets that celebs keep about their lives and family background.

Similarly, people know the name Lindsay Lohan, but they don’t know about her siblings. Lindsay’s half-sister, Ashley Kaufmann, is the one who became viral after doing plastic surgery to look alike with her famous actress sibling Lindsay.

Ashley Kaufmann is the daughter of Michael Lohan

Kaufmann’s parents are Kristi Horn Kaufmann and Daryl Kaufmann, who gave birth to her on June 30, 1995. She spent most of her childhood in her birthplace, Montana. Ashley’s mother was a former beauty pageant contestant, and now, she works as a massage therapist. 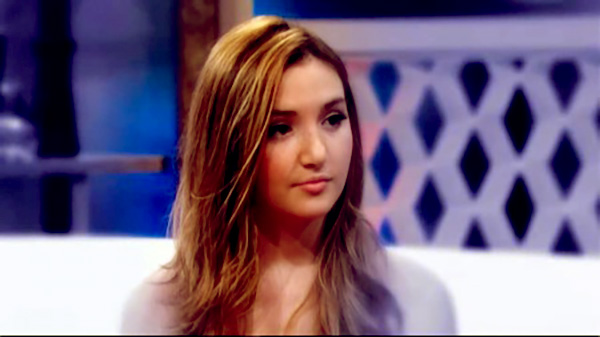 Caption: Ashely Horn Kaufman is the daughter of Kristi and Michael Lohan

But the fact, Daryl isn’t her father then who is her birth father. Back in 2008, there was rumored that Ashley’s biological father was Michael Lohan, a former Wall Street Broker and father of actress, Lindsay Lohan.

It came to know that Kristi had had an alleged affair with Michael while she was still married to Daryl. On the other hand, Michael was married first wife, Dina Lohan, at the time. H0wever, Michael had no idea about his daughter, Ashley, until Kristi contacted him in 2005.

When he heard that about his alleged daughter, he didn’t believe it. After a DNA test, it proved that Ashley is Michael’s biological daughter. Now, her parents, Kristi, and Daryl are no more together. She and her mother live in Houston, Texas.

Ashley is the half-sister of Lindsay Lohan

Ashley Kaufmann is known as the half-sister of actress Lindsay Lohan. Also, she has six-half siblings; Aliana, Dakota Wyatt, aka Cody, Michael Jr., Landon, Logan, and of course, Lindsay from her father’s two marriages. 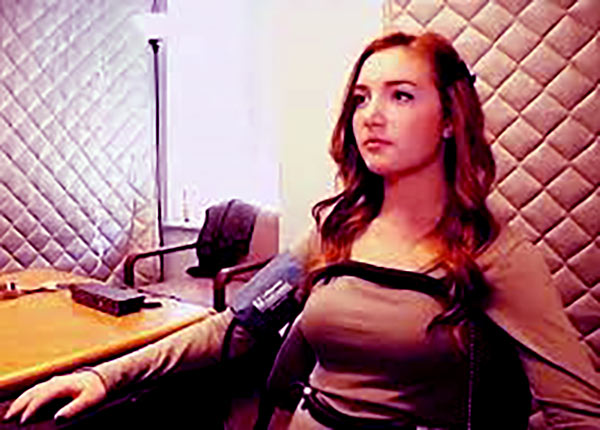 Aliana Lohan is also an actress, singer, model, and TV personality. She is the younger sister of Lindsay, who has further helped her somewhat to gain a foothold in the industry. She, as of 2020, will be turning 27 years old, meaning that she is seven years younger than Lindsay.

Ashley Horn Went Under the Knife to Look Like Lindsay Lohan

Ashley Horn Kaufmann got plastic surgery that worth up $25,000 to look like her older sibling, Lindsay Lohan. At the age of 18, she went under the knife of Houston surgeon Dr. Franklin Rose. 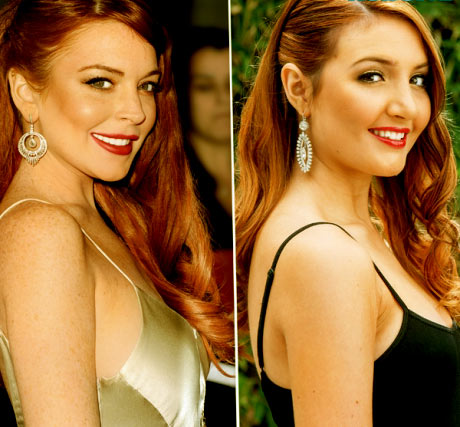 She told In Touch, Kaufmann has gotten rhinoplasty, a bit refinement underneath her cheeks and jawline. Also, some fat injected into her chin and her upper cheeks as well. 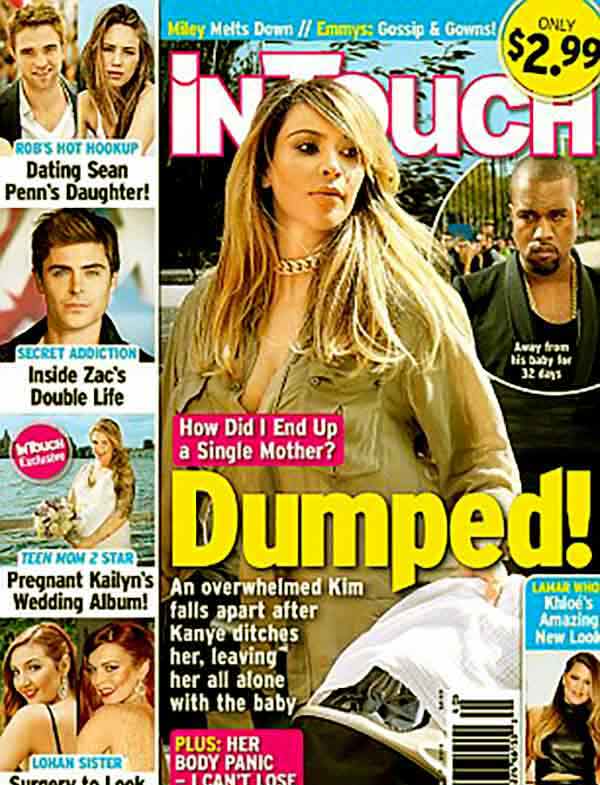 Caption: Ashley showed off the results of her surgery in In Touch magazine

Ashley said the magazine; she wanted to look like LiLo in her good days when she was around 18, 19 years old. It seems like, Kaufmann is ready to launch her own career in Hollywood. She doesn’t hesitate to tell you that she is now hotter than Lindsay. 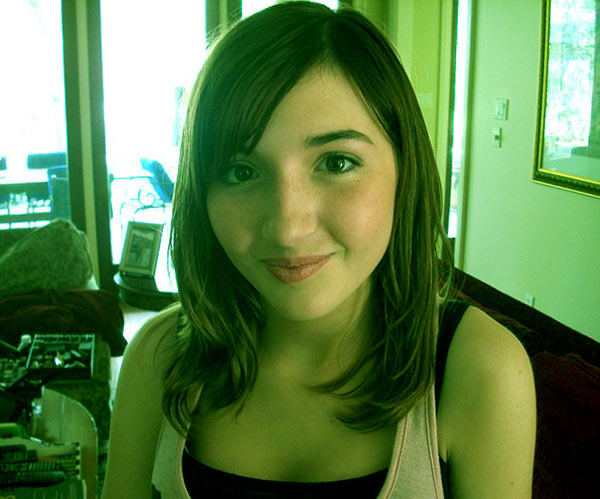 Caption: Ashley before her plastic surgeries

Despite being copycat of the Mean Girls star, Horn insists that the similarities between then are only deep skin. Horn said she is not Lindsay; she only looks like her. She didn’t raise in that family, don’t go to the party, do drugs and just like being a responsible person.

In the Trisha Show, Ashley tearfully to her half-sister, Linday, for her remarks on NBC’s ‘The Trisha Goddard Show.’ Ashley said sorry to her older siblings on the camera, dragging her in the media for it

According to Ashley’s word,

“whether she saw it or not, whether she sees this or not, I want to say that I am so sorry for letting the media use me to drag you into this.”

“It was not my intention. I never thought that it was going to end up this way, and I am so sorry.”

Scroll down to watch the video.

During the interview with Good Morning America, when Lindsay was asked about her half-younger sister, Ashley, that she didn’t know her. While she was promoting her new anticipated lifetime flick, Liz & Dick, on which she played the role of Elizabeth Taylor.

She told, she didn’t hear any news regarding it. She was confirmed when her dad went on The Trisha Goddard Show to have a paternity test, and eventually, the result showed that he was the biological father of her.

Lindsay added, she didn’t want to be the part of it and focused on her career only. However, she also took a polygraph test during the show to reveal she did not get the plastic surgery to look like her sister, whereas previously she was openly claiming it. We are not judgemental but, we sense attention-seeking behavior when we see it, and we have proof as per Ashley and her mother’s current relationship with her father.

Kristi’s daughter has undergone five plastic surgery, but her birth father was unhappy with it.

Michael Lohan, a father of both daughters, has quite a lot to say on the subject. During an interview with Popdust, Michael weight in on Ashley’s looks; it’s sick and twisted. 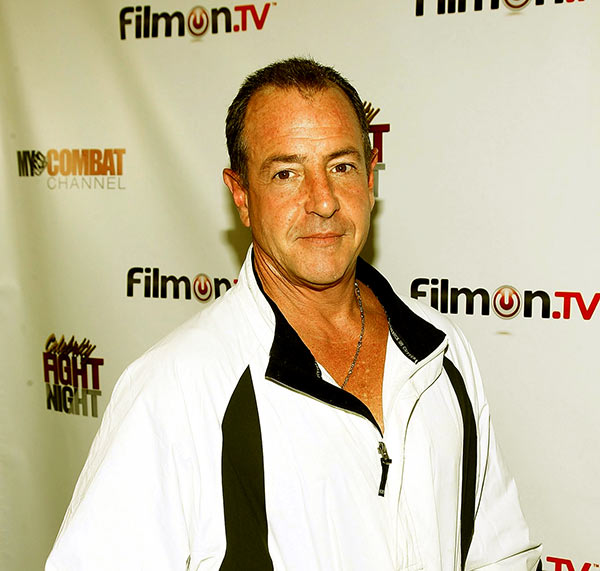 He told, which she did, was disgusting and totally crazy. Why did she do something like this?

He continued, Ashley’s only 18 and undergone plastic surgery, but why? She didn’t need to do that. Horn was a pretty girl on her own right. He was also furious towards Kristi for permitting her daughter to go through this.

After a massive fight between Kristi and Michael Lohan, her biological father isn’t in touch with her nor with her half-siblings. According to Michael, apart from the $25,000 for the surgery, the mother-daughter duo had got him to pay a lot of money. As much as, $96,000 for singing lessons and other arrangements to be exact.

So, now he was breaking it off with them for the good and even planning to recoup the $1.9 million in their Merrick, L.I, house. It could possibly mean homelessness for his daughter and ex-partner, but they had to learn the lesson the hard way.

How Much is Ashley Horn Kaufmann’s Net worth?

Ashley is a singer but not as famous as actress, singer-songwriter, Lindsay Lohan. However, she has recorded a few songs. At the age of sixteen, Michael’s daughter began her own pop career. Also, she went to Stereo Live Studio in her hometown, Texas.

Eventually, she recorded some tracks and named her album, “Ashley A.” She released her first single ‘Play with the Boys’ that was produced by Paul Couture. Subsequently, it failed commercially. No one knows where Ashley is and what she does for a living.

Some sources reported that her mother is a massage therapist. However, neither Ashley and nor her mother’s salaries are disclosed to the public. According to Indeed, a massage therapist makes $30.59 per hour in average in the United States. Looking at this, they are living a lavish lifestyle on their own.

On the other hand, her half-sister, Lindsay’s estimated net worth, is about $800,000, whereas Michael’s net worth is to be around $100,000. We also know that Ashley has received financial support from her father in thousands and could even afford a $25k plastic surgery and live in a home, costing almost $2 million. So, she should also have an impressive net worth, which just happens to be under review for now.

As you already know, she came to the spotlight after she underwent the knife to resemble her famous sibling. Additionally, Kaufmann is not active on any social media, but you can check out her half-sisters’ social profiles, Lindsay Lohan and Aliana Lohan.