Most of the celebrities became famous through their parents’ status or siblings, while some others came to limelight from social media platforms such. Jackson Mahomes is known as the younger brother of Super Bowl Champion and MVP Patrick Mahomes.

Jackson is from an athlete’s family, but he earns tremendous popularity through a lip-sync musical app, Tik Tok, where he has vast numbers of followers. Are you curious to know more about the rising Tik Tok star, Jackson Mahomes – Patrick Mahomes’ brother? Let’s revealed the uncover story of him.

Jackson Mahomes Was Born to a Family of Athletes

Mahomes was born on May 15, 2000, in Whitehall, Texas, which makes him a Taurus in terms of his horoscopic sign. Jackson Mahomes is the son of none other than a former Major League Baseball pitcher Pat Mahomes and his mother, Randi Mahomes. Jackson’s parents are divorced but maintain a positive relationship. 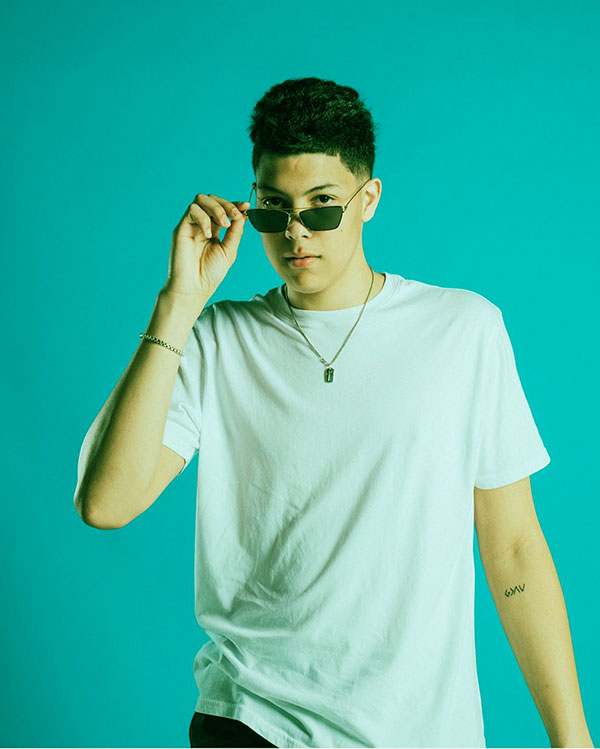 However, neither his father nor his mother revealed the cause of the divorce. Some online sources reported that the reason for his parent’s divorce seems like an extramarital affair or others. Further, he attends UMKC and currently studying marketing. He loves to interact with new people and to travel.

Jackson has an older brother named Patrick Lavon Mahomes II and a younger sister, Mila Randall. His brother is a quarterback for the Kansas City Chief of the National Football League. Patrick Mahomes was born on September 17, 1995, and is 24 years old.

He was named NFL MVP after throwing for over 5,000 yards and 50 touchdowns in 2018. In his first season as a starter, he was named to the Pro Bowl and First-Team All-Pro. Following the year, Mahomes was called Super Bowl MVP after leaving the Chiefs to victory in Super Bowl LIV. Patrick is in a relationship with his longtime girlfriend Brittany Matthews, a former soccer player.

Jackson loves his brother so much. He is proud of what his brother has accomplished to date—the 20 years old values the advice. His sister Mila Randall was born from his mother’s other relationship. The name of Mira’s biological father is under the wrap. Jackson shares pictures of his brother and sister on his social media. On Siblings’ Day, Jackson posted the photos of his siblings. 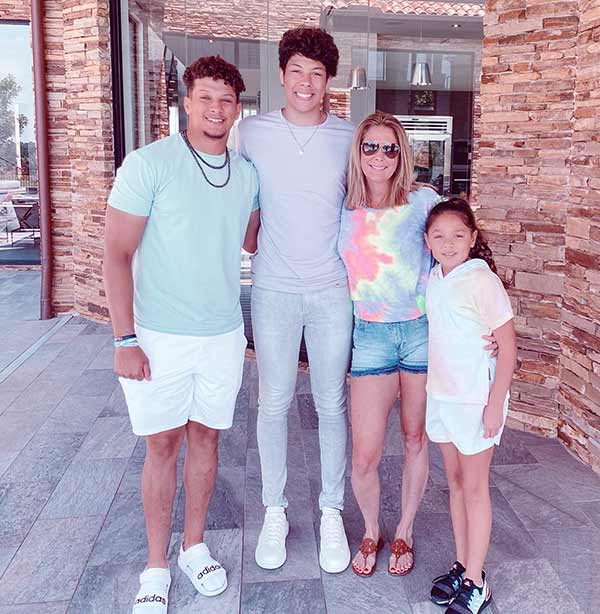 Caption: Jackson Mahomes shared a photo with his mom and siblings on Mother’s Day on Instagram

Jackson Was a Basketball Player

Back in school, he played was a basketball champion. Jackson graduated for Whitehouse High School in Whitehouse in 2018. According to ETSN, Jackson was the second leading rebounder for the Wildcats. At 6-foot-6, Mahomes gave Whitehouse the height as it enters the playoffs. 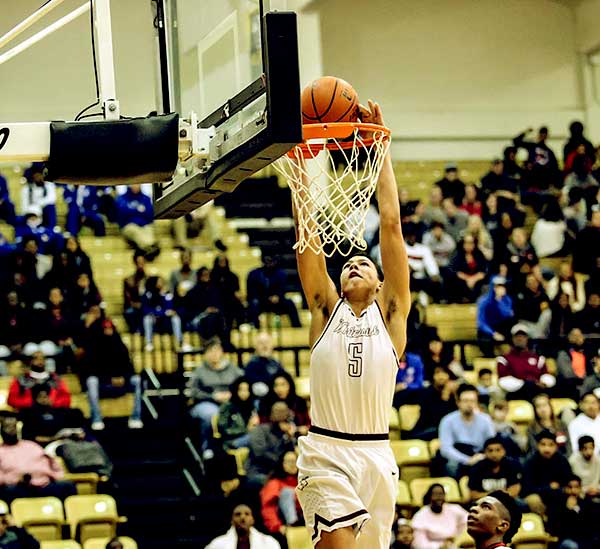 Caption: Jackson was a defender of Whitehouse Basketball

Outside of high school, Jackson decided not to pursue his career in basketball. Jackson’s father, Pat Mahomes, is a retired professional baseball player. In his 11 years of career, he played for the Minnesota Twins, Boston Red Sox, Texas Rangers, and New York Mets.

Outside basketball, Jackson developed his interest in videos and created a self-titled Tik Tok Channel, “Jacksonmahomes.” He posts regular videos, and even his mother, brother, and sister make an appearance. He has currently whopping 600k followers and 14 million likes on Tik Tok.

Across his content, the 20 years old star earned 5 million likes a total. On his channel, there’s a bunch of content featuring him a wide variety of lifestyle, dancing videos.

Aside from that, he seems to spend his free time playing basketball, hanging out with his dog, going to concerts, and cheering his brother, Patrick, at football games.

The Tik Tok star has a self-titled YouTube Channel, “Jackson Mahomes,” which created on April 17, 2020. His channel has over 6k subscribers and more than 50k views to date. Jackson uploaded his first video titled “Who is Jackson Mahomes? My first YouTube Video!” on March 16, 2020. Within a few days, the social influencer has successfully garnered over 52k views.

Besides TikTok, Mahomes also have accounts on various social networking such as Twitter, Instagram, and Snapchat. On his Instagram, he posts contents of lifestyle and more. His Snapchat username is “@Jacksonmahomes5.”

Let’s take a trip, who’s coming with me?

Jackson is a fun-loving person and often found hanging out with beautiful ladies at football games. So, the question is, does he has anyone in his life or still single?

Well, Jackson’s relationship status is unknown, but he seems to flirt with gorgeous ladies, which we can found on his Instagram page. Many people think that the blonde beauty is his girl. It’s not; actually, she is his sister-in-law and also called her his best friend. In the below post, he was holding his sister-in-law in his back, and it seems they have a strong bond.

He captioned the photo, “My best friend had blonde hair, so I got blonde hair,” with a laughing emoji.

Some of his followers even speculated that he is gay. The way he talks to force people to think that he is gay. In his YouTube videos, he also mentioned that he isn’t gay. As of now, the social sensation decided not to focus on love life and is working hard to make his career. In one of the Twitter posts, he stated, people think he has no responsibilities, but he has been pursuing his degree in marketing.

Everyone thinks that I just do whatever I want whenever and have no responsibilities, but in reality I’m waking up in the mornings going to school so that I can get a degree.

How Much Does Jackson Mahomes Make From Social Media?

Jackson has boasted over 600k followers on Tik Tok and more than 135k on Instagram. Jackson Mahomes hasn’t revealed how much he earns from his post. Jackson’s estimated earnings are between $412.5-$687.5 per Instagram post.

Currently, his net worth is still under wrap. However, we can assure you that Jackson Mahomes has below $1 million net worth. On the other hand, his brother, Patrick Mahomes’ net worth is $10 million and earns over $650,000 yearly.