Home
Celebrity Spouse
Jahira Dar: Will She Be The Wife of Cesar Millan? What Is She Doing Now?

There are very least people from around the world who don’t know the name of a famous Mexican-American dog behaviorist Cesar Millan. Cesar is best known as the host of a reality show, Dog Whisperer Cesar Millan.

Despite the success, Millan has attained from his career; he has had a rocky relationship with his ex-wife. His popularity affected his relationship, and the bond was not good. However, sources confirmed that he engaged to his girlfriend, Jahira Dar. Now, people are wondering if Cesar is married to his fiancé is not.

His fiancé dragged into the spotlight after Cesar’s divorce, his ex-wife Ilusion Millan. After the painful divorce, Cesar again fell in love, whom he describes as the love of his life. So, who Jahira Dar is? How did he meet her? Find the answers to the questions that you are searching about Cesar Millan’s wife-to-be, Jahira Dar here. Also, know Jahira Dar’s Wikipedia-bio here.

Jahira Dar is known as the fiancé of dog behaviorist Cesar Millan. Dar and Millan got engaged in 2016 and announced the good news on her fiance’s Instagram. Cesar put a sparkling diamond ring on her ring finger. He posted a photo of them, with him kissing Dar’s hand and captioned it, 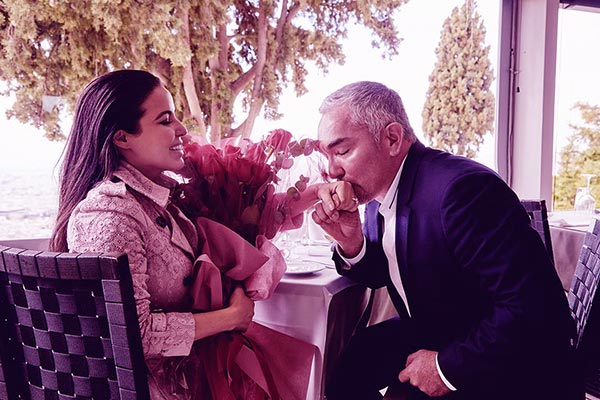 They have one thing in common that they both love dogs. He continued, he was searching for a partner with whom he shares his life who was sweet, adventurous, honest, and loving. The Cesar 911 said Jahira is beautiful inside and out, supportive and she loves dogs.

Her fiancé Cesar told People Magazine, after six years of together, finally he asked him to be his wife. Millan and Dar were on vacation when they engaged. Jahira’s partner was vacationing in Spain while she assumed that they were going to Italy. Sources told that Millan changed their tickets for Greece.

The duo dined at the top of Mount Lycabettus in Athens, the place where Millan popped up the question and asked her to marry him. From the area, they had a killer view of the Acropolis with a violinist playing in the background.

How Did Jahira Dar and Cesar Millan Meet?

2010 was a year when the couple met and began their love story. When she met Cesar, he was single. As per the source, Dar and Cesar met at the Dolce & Gabbana store, where she worked as a salesperson. 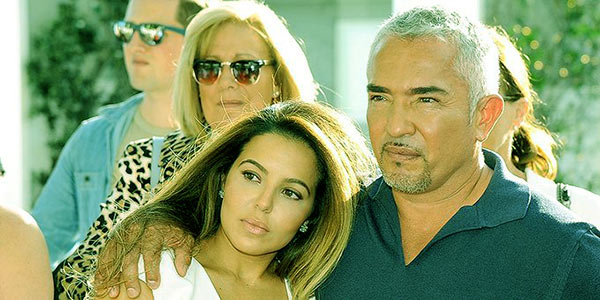 Caption: Jahira and Cesar met at The Dolce & Gabbana in 2010

Jahira also appeared on Millan’s show, Dog Whisperer, in 2012 and confirmed their relationship. She helped Cesar came out from the depression. Also, she rebuilds his life following his divorce and breaks from the Dog Whisperer TV show.

When Jahira and Cesar Will Marry?

It seems the couple is planning something big that out of our imagination. Some people even asked the question that they will be the husband and wife soon, or it will take a long time. We hope the couple would get married very soon.

Before romantically involved with Dar, Millan was married to a former wife, Ilusion Millan. He and his ex-wife tied the knot in 1994 but sadly ended their marriage in 2010, citing irreconcilable differences.

Well, they don’t have any kids yet. On the contrary, Cesar 911 is the father of two grown-up children named Andre and Calvin. Both of his children were born from his previous relationship.

What does She do For a Living?

Professionally, Jahira Dar is an actress and a former stylist. In addition to her career, she is a wardrobe consultant. However, she hasn’t mentioned the projects that she has worked on it.

As a fashion consultant, Dar’s work revolves around advising her clients who are often famous on their choice of clothing accessories, makeup, shoes, and fashion trends to enable them to enhance their personality while creating a personal wardrobe.

How Much Money Does Jahira Dar Earn From Her Profession?

As a Fashion consultant, she makes pretty impressive money that helps to increase her net worth every year. Like her other information, she has kept net worth secret as well. According to Chorn, a fashion consultant makes between $50 and $500 per hour.

Aside from that, she made her appearances in a couple of episodes of her fiance’s Emmy nominated show, Dog Whisperer. As per her LinkedIn, Jahira is serving as a creative director at Cesar’s Way Inc.

On the other hand, Cesar makes a hefty as an animal behaviorist. He has twenty-five years of experience. As of 2020, Cesar Millan has a whopping net worth of $25 million. Thus, she doesn’t have to worry about her future and is enjoying a lavish life with her partner.

Where is Cesar’s Fiancee From?

Jahira Dar was born in the month of February 1985 in the Dominican Republic. She is very concerned about her personal life, so the actress has opened up anything about her childhood life as well as her family.

Dar only got the public attention after she was romantically involved with the TV personality, Cesar.

How Old is She?

According to the wiki, Jahira is in her mid-thirties. With a decent height or five feet six inches, she has a curvaceous body. She has dyed blonde hair and mesmerizing dark brown eyes.

She Is Not Active On Social Media

As you already know, she only became famous through her partner Millan. She prefers not to appear on social networking sites because she loves keeping things to herself. Maybe it’s a secret behind their successful relationship although you can check out Cesar on social media platforms such as Twitter, Instagram as well as Facebook.

It’s #nationaldogday 🐾 Did u take your dog for a walk or do something special with it? #dogislove

Will the couple marry this year? What would you think? Let us know in the comment section below.