Being the daughter of a superstar basketball player, Christiana Barkley somehow managed to avoid any kind of media attention. Charles Barkley’s daughter became famous through her father. However, some sources confirm that Christiana is not married and focusing on her career.

But fans are curious to know her dating. She is a secretive nature of a person and her introvert behavior; she may not be dating a guy whom she calls her boyfriend or better half. Further, people are wondering who she is and what is she doing now? Read on.

Christiana Barkley is the Only Child of Charles Barkley

Christiana Barkley was born in December 1989, in Philadelphia, Pennsylvania, which makes her 31 now. She is the only daughter of the famous NBA basketball player Charles Barkley and former model Maureen Blumhardt. 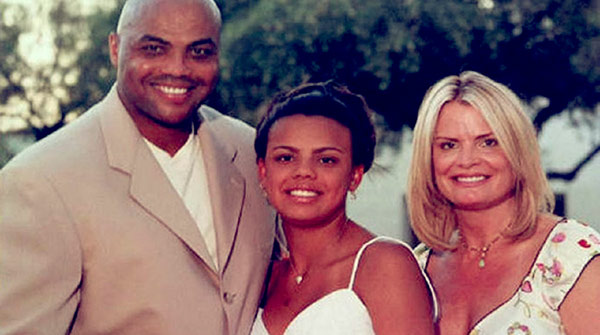 Caption: Christiana Barkley is the only daughter of Charles Barkley and Maureen Blumhardt

Being born in such wealthy parents, she has a quite lavish childhood life that most people dreamed of. She is a mixed ethnicity as her mother is Caucasian, and her father is African-American.

About the education, she completed her high-school studies in her hometown. She then went on to Villanova University in Radnor Township, Pennsylvania. Later she joined the Columbia University Graduate School of Journalism in New York City in 2016.

Barkley prefers a simple life and doesn’t divulge much about her personal life. There is hardly information available about her life.

What are the Hobbies of Christiana Barkley?

Christiana is quite a different person. We don’t have any idea about her hobbies. Since an early age, she has a passion for helping the needy people.

She even sees along with her mother in various charity programs. She loves involving in human welfare activities like her mother, Maureen.

Christiana is a Sales Assistant

Barkley chose a different career than her father and mother. She neither got involved in the modeling industry, not the sports field. After graduating with a degree in journalism, she worked for the media company Turner Sports as a sales assistant for a while. 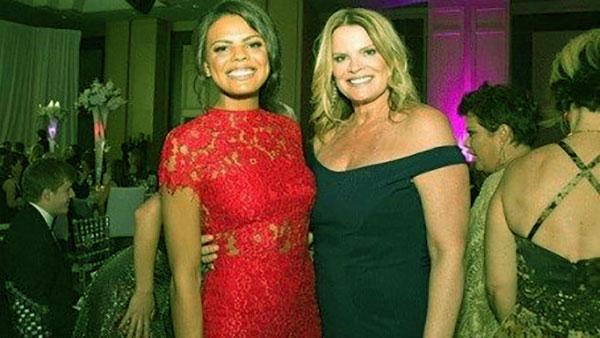 Then, she left her job to focus on her studies. Well, she is busy doing social work and charitable activities. She was seen with her mother at the 20th celebration of Fresh Start Fashion Gala in 2016.

Why Doesn’t Christiana Date Any Guy?

Without a doubt, Christiana became a public figure because she is linked to famous parents. As earlier mentioned, her father, Charles, is a legendary basketball player, and the mother is a former model. People often asked if she is in a relationship or married. The answer to the question is no.

Being an introvert person, she has been quite difficult getting to know about her relationships though she has made her public appearance not with a guy but with her family and friends.

Also, there’s no information regarding her past relationship, which we can talk about.

She once got involved controversy when some of her racy photos went viral on Twitter. Her name began making headlines on the internet and social media. After that, many people wonder why Christiana would pose for raunchy photos and post them online.

The pictures were posted using the username, Ari. As being the daughter of Charles, it didn’t take much time to get viral online. However, it discovered later that the person in the pictures wasn’t Barkley’s daughter. It found that the lady in the photos is a woman named Villanova, who just looks like Christiana.

Apparently, they look quite so much similar, which creates confusion. Consequently, Christiana being dragged into this scandal.

What is her Net Worth?

Before earning a degree in journalism, she once worked as a sales assistant but didn’t for a long time. However, the net worth of Christiana is under review. We couldn’t find how much salary does she makes from her profession. Surely, Christiana earns a six-digit of money.

On the other hand, her parents have accumulated millions of worth from their professional careers. Christiana’s father Charles Barkley’s estimated net worth is $40 million, whereas her other Maureen’s total net worth is $2 million. 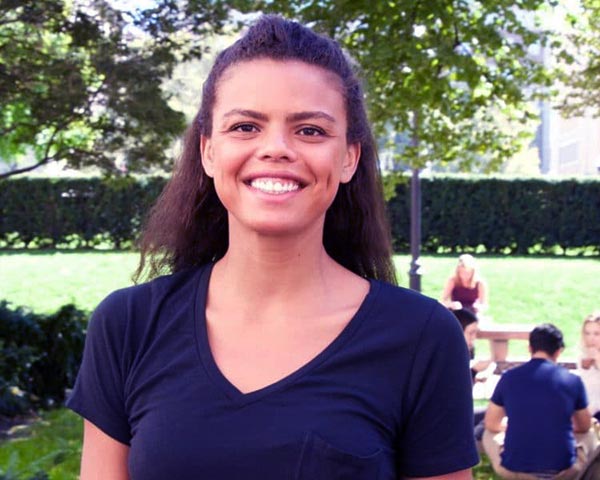 Thus, being an only daughter of a millionaire allocates her quite a decent net worth. Some sources reported that Christiana’s net worth is above $1 million.

The black beauty is currently is out of the profession, so we can’t expect her to have any sort of salary, although we shall be checking her status.

She likes to keep her personal life a secret. The 31-year-old doesn’t have such a strong social influence as her parents. We searched all social media and saw that she was only active on Instagram.

Her Instagram goes by the name “@christiana0515,” where she over 2k followers, but she has kept it private. On the contrary, she has no link to Twitter and Facebook. We hope after finding her career, she soon socializes, and her fame will skyrocket in any of these social sites.