It is not uncommon for celebrity’s children to also become celebrities through the same profession or others. Some kids even become celebrities just because of their father or mother’s name. Admit it; you do become interested in celebrity kids, whether they are famous on their account or not. Our interests were primarily peaking when we saw Al Pacino attending the 2020 Oscars with his three children.

Olivia Rose Pacino was born on January 25, 2001, to father Al Pacino and mother Beverly D’Angelo along with her twin brother Anton Jones. As of 2020, she recently celebrated her 19th birthday. 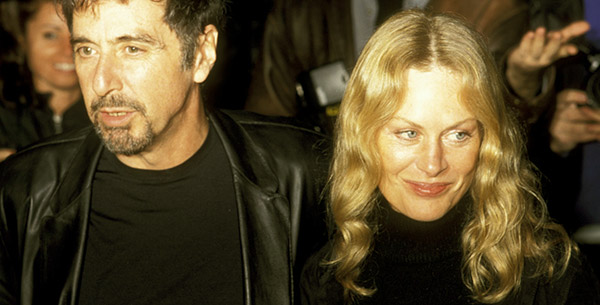 Olivia Pacino’s father never married but had four successful relationships with women. One of which was with Jan Tarrant, an acting coach, which led to the birth of her older sister (half-sister) Julie Marie in 1989. One of Al Pacino’s most recent relationships was with Lucila Polak, an Argentine actress for ten years until 2018. 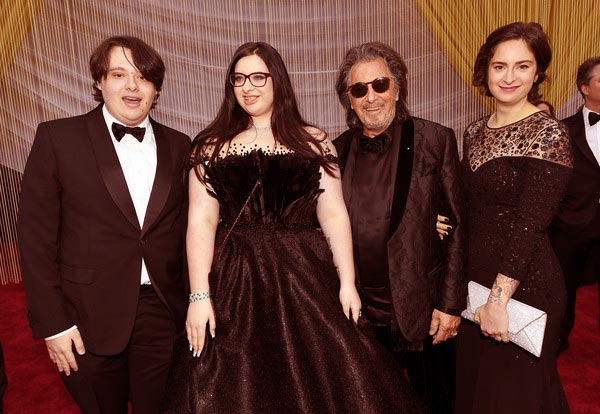 Lucila Polak’s daughter, Camila Morrone a model and actress, also considers Al to be her step-father even though they are not dating anymore. Al Pacino was most recently dating Israeli actress Meital Dohan for two years until she broke up with him in February 2020, citing the age-gap as the main reason.

Olivia Pacino’s parents, Al and Beverly, were only in a relationship from 1996 to 2003, so they broke it off shortly after the birth of her and her brother. Both AL Pacino and his then-girlfriend were well aware of the adverse effects media could have on their children, so they went of extreme lengths to keeps their children away from the entire ruckus. 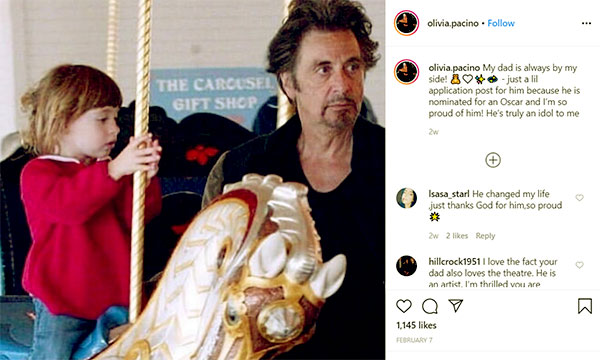 Caption: Al Pacino and daughter Olivia in an old photo

They were quite successful as if we had to do this story a few years back, we would not have so much information on them. Olivia Pacino is active on Instagram since 2019, and her twin brother, Anton, does not even have one yet.

We do know that Olivia Pacino graduated from Fusion Academy Miracle Mile in LA, California. Fusion Academy is a revolutionary private school that is both a middle and high school that provides over 250 courses and innovative courses that tend to even gifted students and students with other disabilities. Olivia Pacino may have graduated with good grades and education, but it was not always like that.

In a video, she spoke about the feeling of being a graduate of the Fusion Academy. She shared how her school had helped her with understanding teachers that gave one-on-one lessons and counseling changing her usual attitude of “I don’t know” to “I do know.”

Caption: Olivia Pacino on her education and learning difficulties

She said, denoting her learning problems.

Both Olivia and her mother, who also make an appearance in the video, get noticeably emotional as they talk about the experience. However, like a fairytale, the footage ends with Olivia’s hopeful graduation speech, and we couldn’t be happier. We need more parents like her mother, who was the one who heard about the high school and brought Olivia there. You can tell how proud Olivia is as she poses with her father on the graduation day. 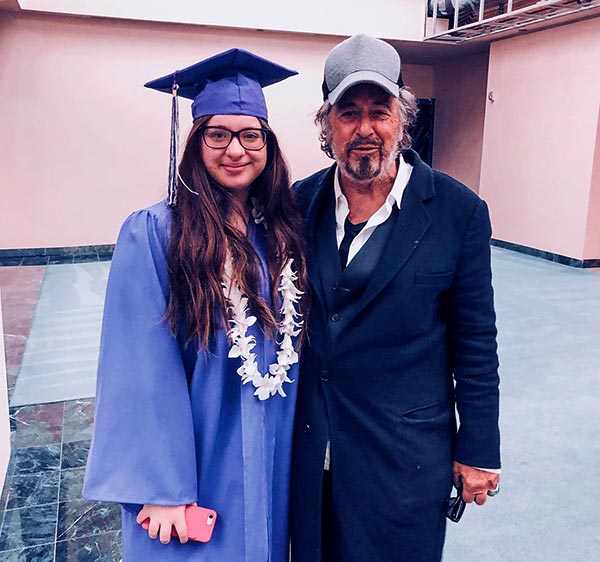 Caption: Olivia Pacino with father Al Pacino on her graduation

Olivia Pacino only recently graduated from high school, not even a year ago, so it will be wrong to pressure her for her career and net worth. Although we will be waiting for Olivia Pacino’s job to take off, be it in acting or something else. She will surely make her parents proud with a satisfying net worth of her own. Until then, let us take a look at her parents’ net worth, shall we?

We do not have to speak in great lengths about the great Al Pacino. Ever since the beginning, he has given out only phenomenal performances, whether it be in ‘The Godfather’ series or ‘Scarface.’ Even though he is almost 80, last year he gave not one but two Oscar-nominated movies ‘Once Upon a Time in Hollywood,’ and ‘The Irishman.’ 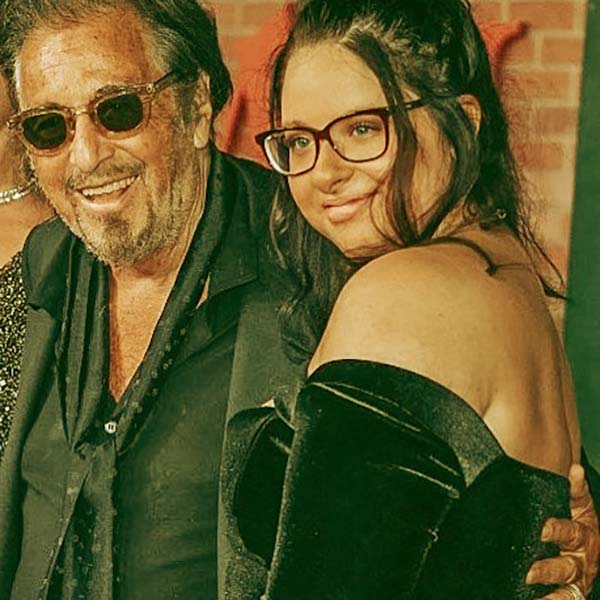 Al Pacino’s net worth unsurprisingly stands at the figure of around $120 million as of 2019. Similarly, Olivia Pachino’s mother, Beverly D’Angelo’s net worth, is also a famous actress. You may recognize her as Ellen Griswold in multiple of National Lampoon’s Vacation film series or as the Patsy Cline in the 80s movie ‘Coal Miners’ Daughter.’

So, Al Pacino may be one of the greatest movie stars of all-time with films like ‘Scarface’ and ‘The Godfather,’ to his name, but his former girlfriend and baby mother is also a famous actress with more than 60 films to her credit. Even back in 2010, Beverly D’Angelo’s net worth stood at about $20 million. As she has done the only upward climb in her career since then, her net worth for 2020 is approximately $42 million (estimate). 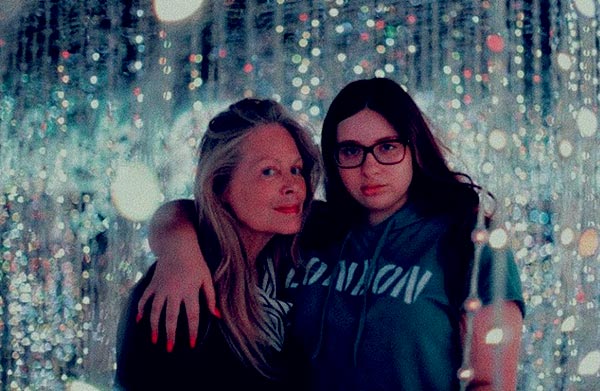 Olivia Pacino has almost 6k followers on her Instagram, and she is not shy enough to let her fans know exactly what is going on in her life. She is open about her relationship, and knowing her boyfriend; we can see why she would, on the contrary, be proud to show off her boyfriend. She is dating Ryan Harley, a struggling rapper for the time being. 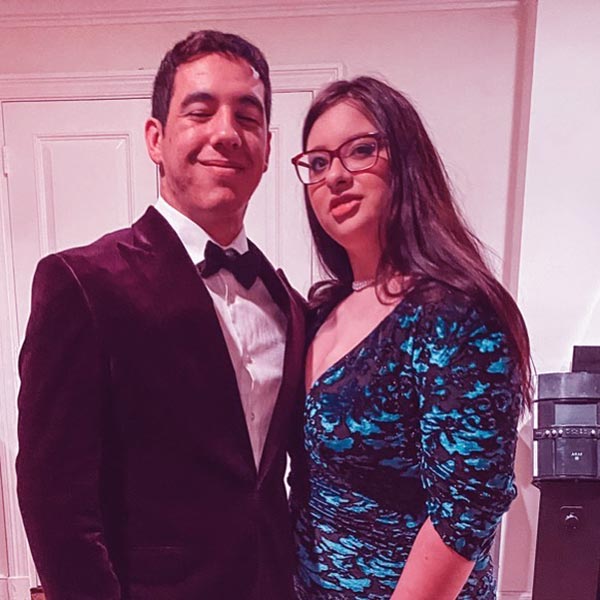 They frequently share their adorable photos, and we can’t stop but complement their romantic dating life. We do not have details on their relationship, like how long they have been dating. We do know that they met through the online dating app ‘Ok Cupid’ and have been going strong ever since.

In a Q&A section they did on IG, we got to learn more about her boyfriend and their relationship. We got to learn that Ryan has met both sides of Olivia’s big family. We also learned that Ryan had even recently graduated like his girlfriend, Olivia. Their plans as for the 2020 new year was to focus on their respective careers and hopefully get a place of their own.

You shall ask and you will receive

Caption: Olivia Pacino and her boyfriend Ryan did an IG Q&A section

So, things sound pretty severe, and we might even get to see the boyfriend and girlfriend turn into husband and wife very soon. Ryan Harley, as we said, is a rapper whose tracks you can listen to in the ‘beatstars‘ website as well his YouTube channel. You can find him on both platforms with his stage name, ‘nonamemadeit.’

We offer the couple our good wishes. We hope that they continue to thrive in their relationship as well as their respective careers. Al Pacino is almost 80 years old, so he desperately must be wanting to be a granddad.