Being adopted to a well-established family is not an uncommon thing in this entertainment world. Likewise, Many big names and personalities gave a good example by following the trend of adoption over the decades.

Such is the case with Andy Griffith Jr. AKA Samuel James Griffith who was adopted by the legendary actor, Andy Griffith and his first wife Barbara Bray Edwards.

However, their family turned out to be an absolute disaster. Andy Jr. and the sitcom legend never reconciled before they could even make peace.

The irony of a desperate father who could not save his only son from self-destruction. Sometimes, not being a biological parent does make a difference in love and opinion so, might that be the case with this family.

Here are some Unknown facts about Andy Jr. and his struggle with life that you must know.

In 1957, actor Andy and his first wife Barbara adopted Samuel James Griffith. They named him Andy Samuel Griffith Jr. as their son along with their other adoptive daughter Dixie Griffith. 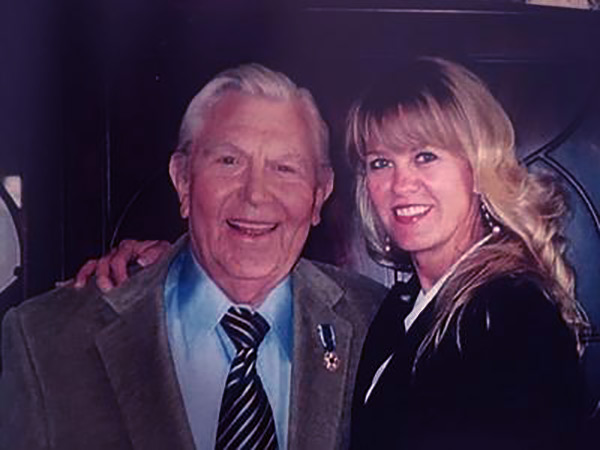 From the very beginning, Sam behaved like a wild kid and mostly out of control. As a teenager, he lost track and got involved in many illegal activities like soliciting prostitutes, theft, and drugs.

He completely sunk in his drug habit making things more complicated for Andy and Barbara.

However, Dixie supported her adoptive brother until she could. She even offered him a huge amount of money and send Sam to rehab. But without any development on his remorseful side, Dixie decided to cut him off as well. 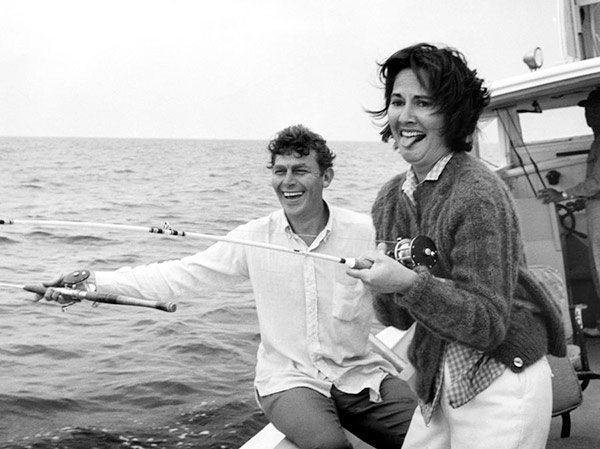 Meanwhile, Dixie had a much better relationship with Andy and Barbara.

Any addiction is nothing but trouble while Sam tumbled into trouble one too many times. Andy Jr. was busted for multiple drug possessions, deadly assault, shoplifting and also carelessly firing a gun.

Because of the addiction, Sam pushed his relationship past the point having no chances of return. Although Andy took great care of his family, he could not stop his son from falling into a drug habit.

People usually stay away from their path when they don’t have the proper care and affection. In Sam’s eyes, his father Andy was ashamed of calling him a son which is why he sought comfort with substance abuse.

As time went, Andy could not truly understand his son and finally raised his hands on Sam. They lacked conversation and understanding making things more difficult for the two.

Despite the unresolved issues between the father and son, Sam was full of remorse towards the end. Both of them wanted to mend their broken fences but time was not on their sides. 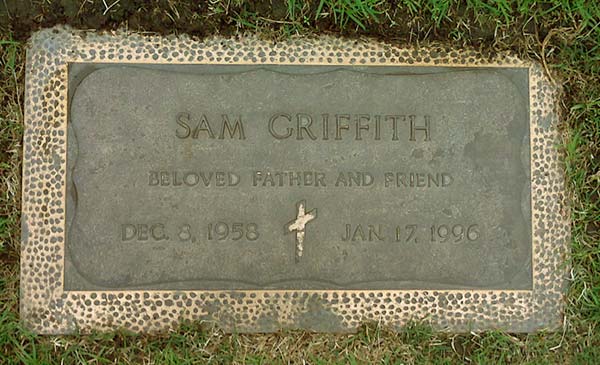 Sam apologized over his life and crimes but soon after, he passed away in 1996 before the estranged pair could redeem their mistakes.

On Wednesday, Los Angeles police arrested Sam Griffith in North Hollywood. The police accused him of beating his pregnant wife Reese Denise which eventually caused her to have a miscarriage.

Resse Griffith initially filed the complaint following the assault which occurred on January 6, 1992.

According to the complaint, the couple had an argument where Sam allegedly hit his pregnant wife. Reese, 28, suffered a horrible moment when her husband punched her several times and kicked her on her stomach.

Reese was only two months pregnant at the time while she got severe injuries with a broken finger and most importantly, a miscarriage.

Deputy District Attorney, Jeffrey S. Gootman pointed out that Sam threatened her with a gun in their other fights and even fired it as a warning.

Gootman accused Sam Giffith of 4 felony counts which included assault with a weapon, spousal abuse, and discharging a gun.

The Van Nuys Municipal Court sentenced him to jail with $100,000 as a fine.

Sam Griffith confessed his crimes on the court for which had him placed on probation. He admitted that he abused his pregnant wife causing serious injuries.

Sam himself pleaded guilty for the counts of assault. Meanwhile, Judge James M. Coleman placed him for a total of 3 years of unsupervised probation.

Also, the judge sentenced Sam for 90 days of jail time which he had already served awaiting the trial regarding this case.

But later, Griffith’s wife dismissed two of the felony charges in order to get the no-contest plea.

Just before Sam passed away, he tried to reach out to his father Andy for the last time but he could not do it right.

Sam wrote his father a letter full of apologies and regrets but the message was not sent. He literally begged for the last chance being a son but the desperate plea was unheard.

Sam died at the age of 38 while the letter dropped along his slumped body over a desk at his house.

Even after his death, Andy Griffith did not attend his son’s funeral. Everything ended when Sam passed away talking his last chance of reconciliation as well.

Soon after, the iconic star went to the graves on July 3, 2012. The 86 year old actor left this world with sorrow still haunting his heart and regrets weighing down his soul.

Sam Griffith died in his North Hollywood home on a Wednesday morning. Sam was 38 years old while he passed away fighting with alcohol and drugs.

He suffered some serious illness and after all those years of abuse, he finally gave out on his life.

Andy and Dixie tried their best to help him out but despite that, Sam had no change in his addiction whatsoever.

Finally, when Sam was getting his addiction under control, his body just gave up and unfortunately, this was the end of the line for Andy Jr. Griffith.