Kristina Sunshine June is one of the few names who became a celebrity not because of their career but because of their link to some infamous person. She is widely recognized as the daughter of the former drug lord, George Jung, who also known as Boston George and EI Americano.

People are wondering to know about Jung’s daughter and her relationship with her father. Here are the facts that you don’t know about Kristina Sunshine Jung.

Born on August 1st, 1978, Kristina Sunshine is the daughter of two drug dealers, George Jung and Mirtha Jung, who have served in jail years for their crimes. Sunshine’s father was a major figure in the cocaine business, whereas her mother, Mirtha, was a drug addict. In her childhood, she has faced many difficulties. After the divorce of her parents, she was raised by her addicted mother.

In her growth, Kristina’s grandparents played a great role. Her grandparents Fredrick and Ermine Jung take care of her when her parents were in prison. After the death of her grandpa, her aunt, Marie Jung, took care of her until she turned eighteen.

Her Father is Infamous Cocaine Smuggler

George Jung, known as “Boston George/EI Americano” is a topped drug dealer in the 1970s and early 1980s. He was a part of the Medellin Cartel for which he was responsible for up to 85% of the cocaine smuggled across the USA.

After graduating from Weymouth High School, he moved to California, where he started selling marijuana in 1961. He was first arrested in 1974 in Chicago with 660 pounds (300kg) of marijuana and was sentenced to jail, where he met a fellow inmate who introduces him to cocaine smuggling. 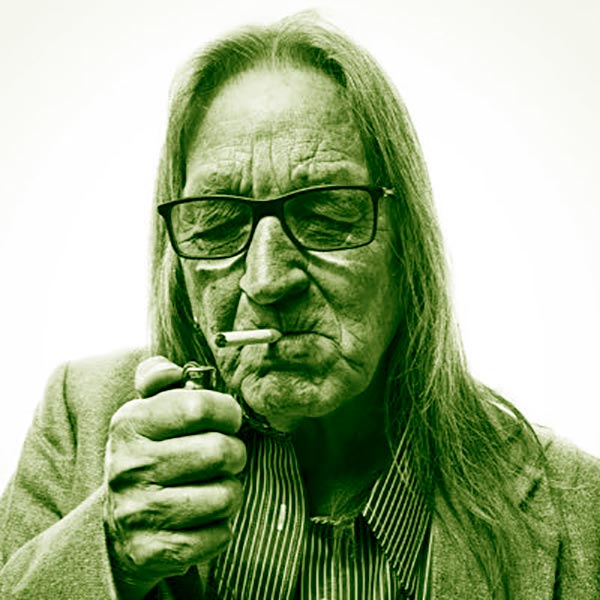 At the time, he was making millions of dollars through the smuggling business. It’s all ended when he was arrested again in 1985 and sentenced to prison for 15 years. For the third time, he was arrested in 1995 at his Cape Cod home after receiving a truckload of Marijuana. As a result, in 1997, he was sent to jail for twenty years.

Jung released in 2014, but two years later, he jailed for a parole violation. According to his current girlfriend, Ronda Clay Spinello, Jung released from prison in July 2017. Kristina’s father’s real-life story was portrayed in the biopic “Blow,” starring Johnny Depp.

Kristina was also Featured in a Film ‘Blow’

Like other infamous drug lords, Jung biopic movie was released in 2001 on which actor Johnny Depp portrays his role. The film is adapted from Bruce Porter’s 1993 book

“Blow: How a Small Town Boy Made $100 Million with the Medellin Cocaine Cartel and Lost it All.”

She did some role in the movie, but later, the scene was cut from the film and replaced with Emma Roberts. If you want to know his story you can watch his biopic movie ‘Blow.’

Sunshine Jung and her father’s relationship are not good. While growing up, her father was busy with his drug activities and also envelope with his drugs. Furthermore, Jung served in several times in jail. When she needed her father most, he wasn’t there for her. As a result, between Kristina and her father, a huge wall built, and later, she stopped visiting him in jail. 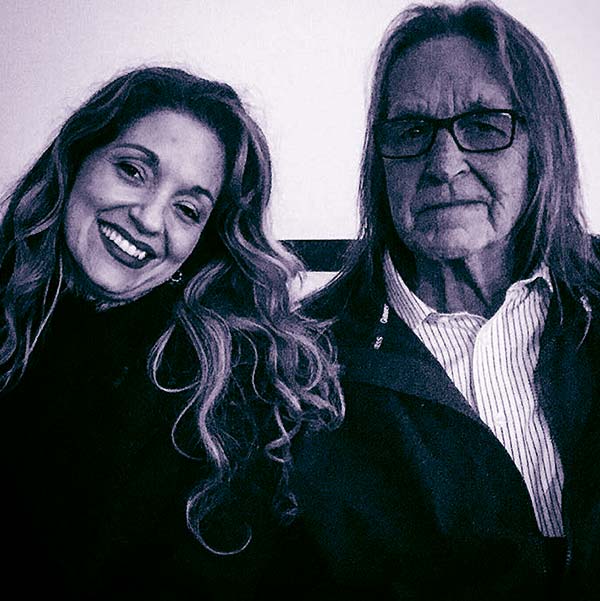 After serving jail for twenty years, he was released in 2014 and began to communicate with his daughter Kristina Jung. Reportedly, she had a phone call and also visited when his father was in prison. Kristina separated from her father in her preteen and never get a chance to know him. At the time, she has stopped talking to her father and also visiting her father in prison. Now, it seems that both the relationship between father and daughter is pretty good and also seen together at public events and functions.

Kristina Jung’s mother, Mirtha Jung, is addicted to cocaine. Mirtha Jung is famous for being the ex-wife of drug lord George Jung. In the movie “Blow,” her character was portrayed by actress Penelope Cruz,  the very famous Spanish actress and model. In the film, George stole her away from her smuggling partner. 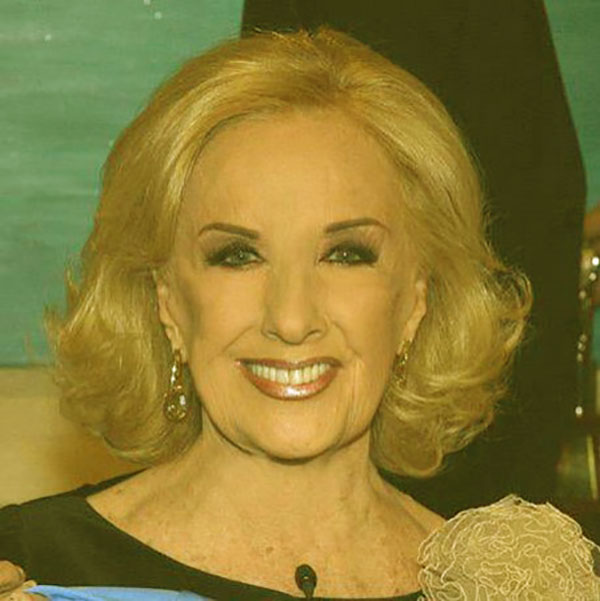 When she was linked to George, she was a strong and independent woman in her career. Due to fame, she later addicted to cocaine. As a result, she couldn’t take care of her daughter, Kristina, and then she was handled by her grandparents and aunt.

The current info of her mother is not reliable. Also, it is unknown whether she is still alive or passed away.

Kristina Jung is a Writer and Poet

Being the daughter of a drug lord, she chose different parts and made her career in the writing field. On her social media, she described herself as a writer and a poet. However, we couldn’t find any book that she has written or published. 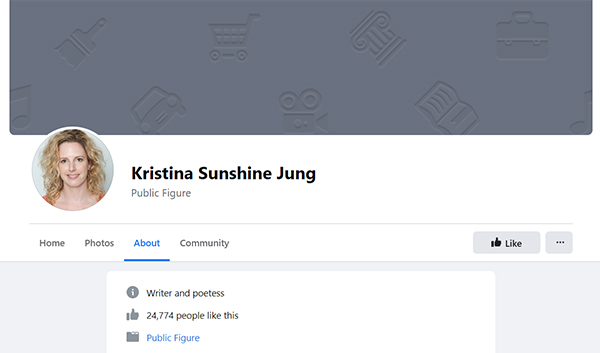 Caption:- Kristina Sunshine June is writer and Poet according to her Facebook profile

Further, she claimed to be an author and posted on social accounts that she was working in a biography about her mother, Mirtha Jung, and intends to release as soon as possible.

Kristina is a successful Entrepreneur

Sunshine Jung has had a very rough childhood. Unlike her father, Kristina decided to become a successful entrepreneur. She is now busy expanding her business. Even though the company was established with the help of her father after his release from prison in 2014.

She has formed a clothing line called BG Apparel (Boston George) and merchandise where you can get various types of items. She is making quite impressive worth from her business.

How Much is Kristina Jung’s Net Worth?

Kristina Jung earns a decent amount of money from her business as well as a writer. She sells apparels like t-shirts, sweatshirts, hoodies, and many more. However, the actual net worth of Kristina Jung’s is not revealed to the public. Although it is safe to say that she has not less than a million worth in her bank account. 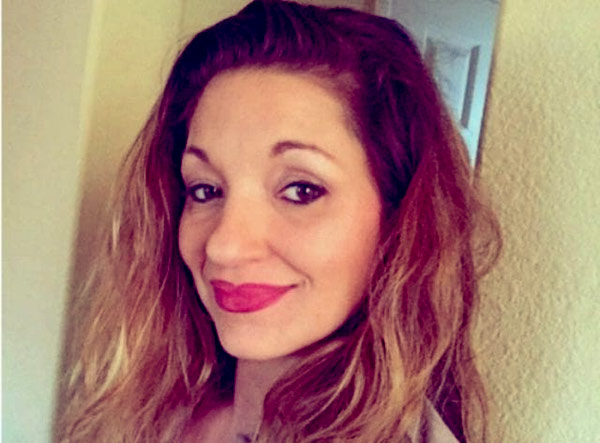 On the other hand, her father’s net worth is claimed to be more than $100 million before he was sentenced to jail for a long time.  In the 1970s, her father earned $3 million to $5 million per day. According to Celebrity Net Worth, George’s current estimated net worth is $10,000.

As an entrepreneur, it is sure that she must have social accounts. About this, it brings popularity and sales both. She has an account on Facebook as well as Instagram, where she has thousands of followers. Her Instagram goes by “kristina_sunshine_jung” on which she has more than 34k followers. On her Instagram bio, she wrote, “Don’t let them steal your shine.”

Who is The Lucky man? She Married to?

Despite having a rough childhood, she has built a decent life for herself. Now, Kristina is the mother of a child and is living happily with her husband in Califonia. She walked down to aisle with the love of her life, Roman Karan.

As far as we know, she has a daughter name, Athena Romina Karan.  Currently, she is busy raising her daughter and spending most of her time with her because she doesn’t want to repeat the same chapter of her.

Furthermore, the details about the couple met and how their love story begins are not available on any site. Yet, we can surely say she found her love by herself. Moreover, there are no rumors about the extramarital affairs and separation of the two.

How Tall is Kristina Sunshine Jung?

Kristina is a beautiful and elegant woman who has maintained her figure perfectly in her forties. She has a good fashion sense. Although she has never spoken as regards her beauty neither on social media nor on the public.

According to Tv Star Bio, Kristina’s height is 5 feet 5 inches tall. She has brown colored eyes and hair.