Some people born great and achieve everything, including the name and fame, while some born in a wealthy family and already get those things that others dream of—likewise, Rory John Gates, the son of the world’s Third-wealthiest businessman Bill Gates. Bill is the founder of the company “Microsoft” that everyone is familiar with.

Rory John Gates is famous not because of his father Bill Gates, but he is trying to niche for himself. So, being the son of a rich father, how is Rory’s lifestyle? We have covered everything detail of him here. Keep scrolling to know more.

Bill Gates and Melinda Gates’ son, Rory, is the middle child, born on May 23, 1999, in Seattle, Washington. He spent his childhood life like a prince, which most people dream of having. 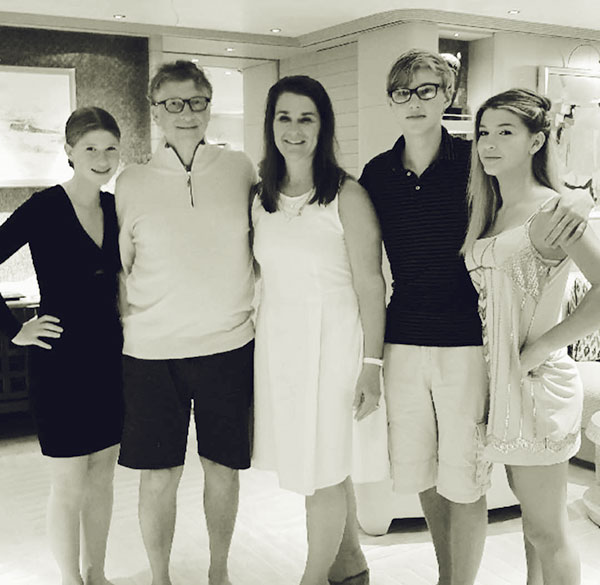 Caption: Bill Gates and Melinda Franch with their three Kids

As for his education, he studied at Lakeside High School, one of the higher class private schools in the city of Seattle, but the name of the institution remains unrevealed. However, he completed his high school and focusing on studies to take care of his father’s business soon.

Rory is the grandson of William H. Gates and late Mary Maxwell Gates. He is of ancestry and holds an American nationality. Rory’s grandpa was a prominent lawyer while his late grandmother was the board director for First Interstate BancSystem. As of now, Rory’s grandfather is ninety-five years old and still alive and living a good life. 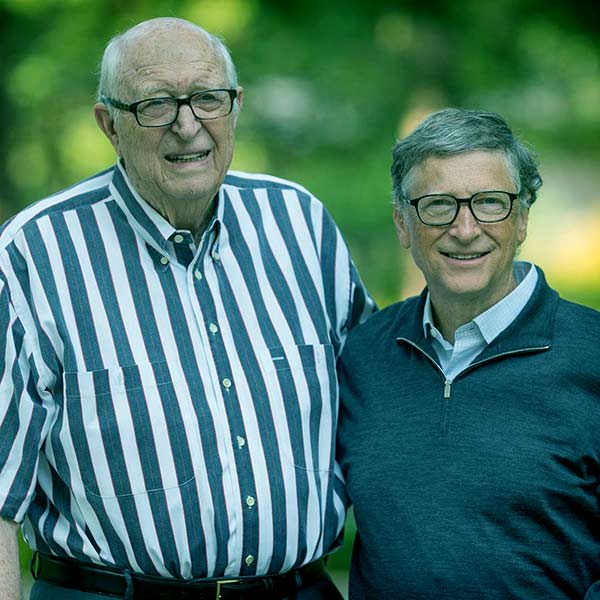 John’s great grandfather, J.W. Maxwell, was a national bank president. When not doing anything, he loves to spend time with his family and grandfather. Also, the whole family goes on vacation across the nation and other countries.

Rory has two sisters, an older sister named Jennifer Katharine Gates and a younger sister, Phoebe Adele Gates. Rory shares a strong bond with his siblings. They attended Lakeside High School in Seattle from where his father graduated.

Happy birthday to you @moonstarsandshine! How lucky am I to have the most intelligent, charming, radiant, charismatic sister! Wishing you the best day from across the world! 💕🌍

Jennifer is an equestrian and has been riding horses since she was 6. She graduated from Standford University with a degree in human biology in 2018. Currently, she is studying at Mount Sinai’s Icahn School of Medicine. 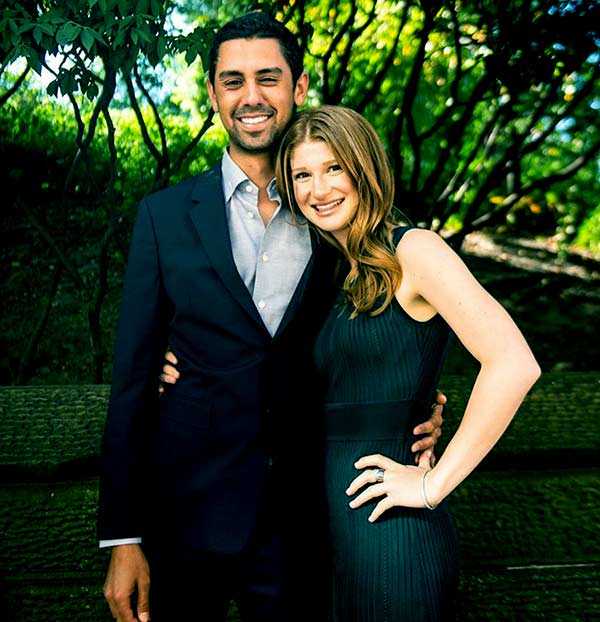 Caption: Jennifer engaged to her boyfriend, Nayel Nassar in January 2020

The good news, his sister, Jennifer, engaged with a renowned Egyptian equestrian Nayel Nassar in January 2020 who she met in Standford University. 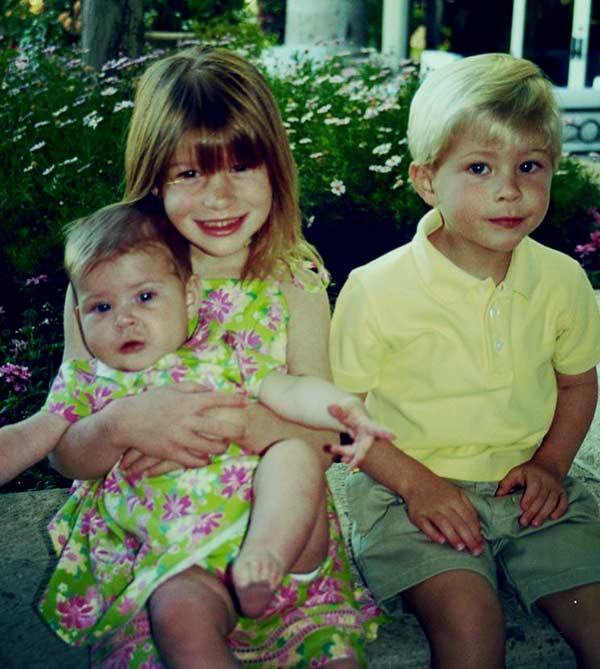 Caption: Rory’s elder sister Jennifer shared a throwback picture of the three on her Instagram

Rory’s younger sister, Phoebe Adele Gates, celebrated her birthday on September 15, but the year she born is not known. Phoebe has a charming personality with an artistic bent of mind. She loves performing arts and even joined a class at a professional Children’s School.

He Wasn’t Allowed to Used Phone Until 14

Rory’s father might be known as the famous personality in the world, but there are some rules that he made for his kids. One of them is, Bill’s children are not allowed to used cell phones.

Although John Gates was born and grew up in a wealthy family, he lives a normal life like us. His parents don’t allow him to use cell phones because, in the future, he wouldn’t become like spoiled brats. After 13, Bill and Melinda gave him to use his own mobile phones.

Rory is in his early twenties and enjoying his life as he likes. But most people have a question that he is dating a girl or not. Well, the blonde boy is quite different than others and loves to keep his private life out of the public eye.

There isn’t any news about his relationship status, not even a rumor. As far as we know, he is probably single, not dating any girl until now. Rather than falling in love, he focuses on his study and to become like his father in the future. However, he is living a happy life with his family.

Bill’s son loves animals so much, especially dogs. His family has owned a dog named Orea Squiggle Rolo Gates, also known as, Orea. He loves playing with his dog and even goes for a walk. However, he hasn’t any image with his dog on social media, neither on his parents nor siblings. But his older sister has posted a few pictures of it on her Instagram.

🐶 Oreo Squiggle Rolo Gates – aka Oreo. Although he at a lot of socks, buttons and other inedible items during his life, this dog made my childhood and I can’t imagine our family without him. We will miss you buddy, thanks bringing us so much joy during your time on earth. Rest easy Oreo 🖤

What is the Net Worth of Rory John Gates?

There’s no doubt that Rory is living a lavish lifestyle and enjoying his father’s billions of net worth. He isn’t working now; his dad has already plan for him so he wouldn’t have to suffer from the financial crisis in the future. Whatever Bill Gates earned throughout his life is for his kids.

Rory John’s father, Bill Gates’ net worth is $112.8 billion as of 2020. Bill is the co-founder of Microsoft and held the position of chairman, CEO, president, and chief software.

In addition, Rory’s mother, Melinda Gates, is a businesswoman and philanthropist who has a whopping net worth of $70 million. Also, she is the co-founder of the Bill & Melinda Gates Foundation. 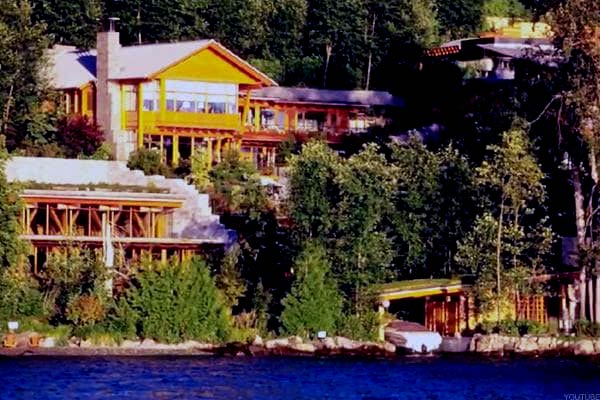 Moreover, he has lots of expensive cars collection such as Lamborghini, Mercedez Benz, Rolls Royce, Porsche, and many more. Further, to travel abroad or across the USA, he has his private jets.

Rory caught media and people’s attention by his dynamic personality. He is not active on social networking sites like Twitter, Instagram, and Facebook. Considering, John Gates is still a student. Instead of wasting time on social media, he is focusing on his career.

Though to get the latest updates about him and his family, check out the social profile of Bill Gates and Melinda French.