If we look back at our love-life, it is something pretty dull. We bet a lot of you party people out there must undoubtedly have a more vibrant one, but we doubt it can even level up with the likes of the married and dating life of Stevie J. His tumultuous dating life with multiple partners in the past has led to him having quite an enjoyable family life.

We understand if you don’t even have any idea how many kids Stevie J has. In this post, we will precisely talk about Stevie J’s children. Meet all of his sons and daughters here along with his girlfriends over the years and also his married life.

Dorian Henderson-Jordan is the eldest son of Stevie J born from him and his partner Rhonda Henderson. Being the oldest son, Dorian has a love and hate relationship with his father. Being born on April 5, 1995, in Buffalo, New York, Stevie J is also pursuing a career in music like his father and is also a recognizable figure in reality TV for appearing up to a certain degree in all his father’s TV shows. 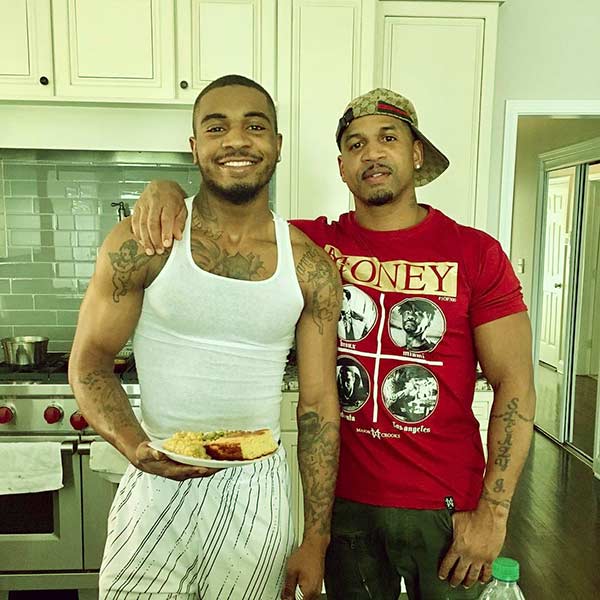 This is why he is no new name to ‘Love & Hip Hop: Atlanta‘ fans who also saw him in his father’s show ‘Leave it to Stevie.’ Stevie J never had a good relationship with his exes, and that obviously transpires to his relationship with Dorian and his mother, Rhonda Henderson. Doran even had a diss track video for his father.

Dorian-Henderson Jordan is also a player like his father. He already has a son by the name of Zion, who is Stevie J’s first and only grandson till now. We don’t know much about the girlfriend or baby mama of Zion, who is four years old, but they are no longer together. Dorian Henderson-Jordan was arrested at the end of October 2019 for possession of a firearm. In New York, with some of the strictest gun laws among all states, he could be looking as much as four years in jail. 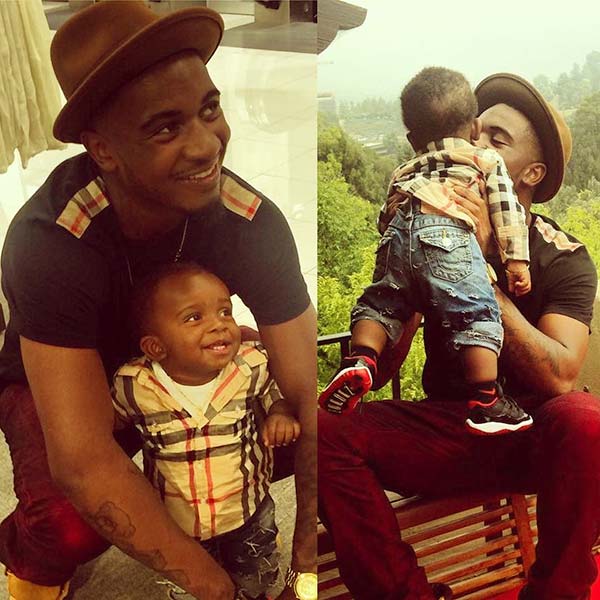 Luckily his father has his back as he put up his son, Dorian’s photo in his Instagram, requesting his female fans to send him some love. Now, that is a caring father. We just hope, like everything else, Dorian Henderson Jordan’s net worth is also around the same as his father’s as it is still unclear, ranging from $500,000 to $1 million for now.

Sade Jordan is the second oldest child and first daughter of Stevie J, who is just almost seven months older than her older half-brother Dorian Jordan. Yes, Sade Jordan was born to Stevie J’ second baby mama Felicia Stover on November 20, 1995, in Buffalo, New York. As we said, Stevie J did not exactly have a very healthy love life. 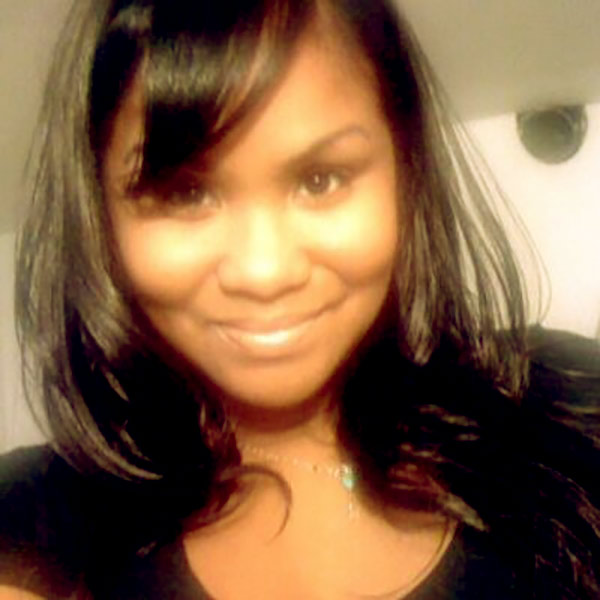 Like Dorian, she is waiting to be 24 years of age this year in 2020, but until her birthday, she is 23 years old. Also, like her older sibling, she has considerable appearances in all her father’s reality TV projects from ‘Love & Hip Hop: Atlanta,’ ‘Stevie J & Joseline: Go Hollywood,’ and ‘Leave it to Stevie.’ Her net worth despite her fame is under review, but un-credible reports have put the figure at anywhere from $500,000 to $1 million.

Stevie J then had two children with his next baby mama, his then-girlfriend, Carol Antoinette Bennett. The former couple had one son, Steven Jordan Jr., and daughter Savannah Ahmni Jordan. Stevie Jr. was born on March 2, 1997, and Savannah on November 24, 1998, and both were born in Buffalo, New York, like most of their half-siblings. 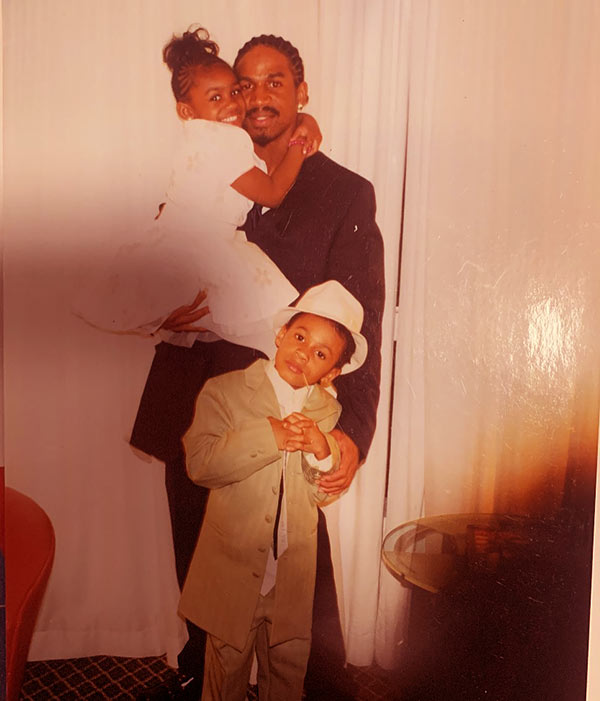 Not any more info is available about Stevie’s ex-girlfriend. Both Savannah and Steven Jr. were also shown in the three reality shows. They also have an active social media presence with Steven Jordan Jr. having almost 215k followers, while Savannah Jordan has over 240k followers. Furthermore, Steven Jr. is a famous basketball player who plays for the Rider Broncs team of Rider University.

Both their net worth is still under review, but if they are even anywhere close to their father, Stevie J’s net worth of around $5 million in 2020, they should be alright.

Eva Giselle was born to not just a famous father, Stevie J, but also a famous mother, Mimi Faust, on December 12, 2009. Mimi Faust is an actress herself as well as a reality star in her own right. She is also a ‘Love & Hip Hop: Atlanta’ cast member and has appearances in both ‘Leave it to Stevie’ and ‘Stevie J & Joseline: Go Hollywood.’ 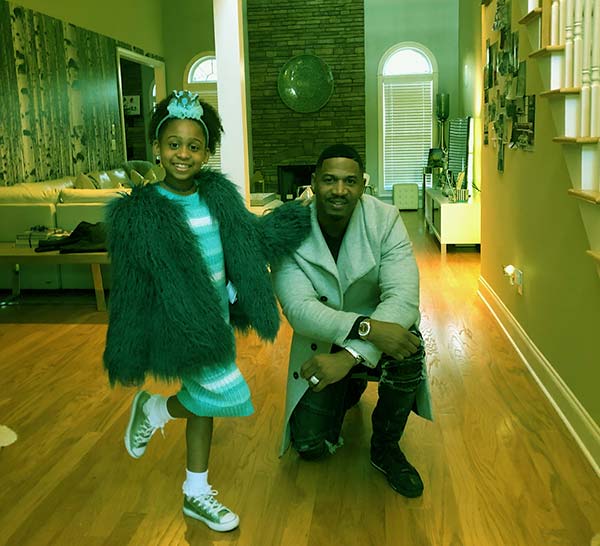 Mimi Faust first came into prominence after appearing in multiple-hit music shows like ‘It’s Gonna Rain‘ by Kelly Price and ‘Frontin‘ by Pharell Williams. She also was infamous for her 2014 release of her sex tape with former boyfriend, Nikko London. Mimi Faust’s net worth is approximately $2 million dollars. 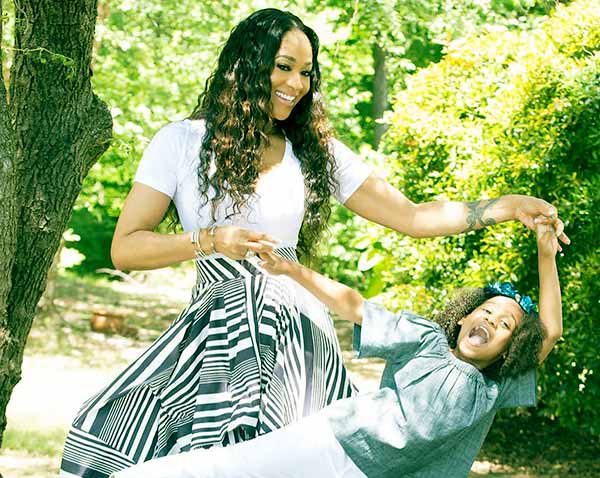 Eva Giselle Jordan was in an on-again-off-again relationship with Stevie J from 1997 through 2017. In that course, they had their daughter, but she is far too young as a 10-year-old for being able to hold an appropriate net worth. With her parents’ net worth, which is both in millions, we doubt she will have any financial problems in her life. After all, Eva Giselle has her own Instagram account, which has over 271k followers. That is pretty impressive for a 10-year-old.

Bonnie Bella Hernandez is Stevie J’s youngest child to date born on December 28, 2016, with partner Joseline Hernandez. Stevie J has been in a relationship with his LHHA co-star for a long time, leading to their marriage in 2013. Their marriage, which was part of the show later in 2016 was proved to be staged for publicity by court papers. Regardless, ‘Stevie J & Joseline: Go Hollywood’ was the spin-off product of that marriage. 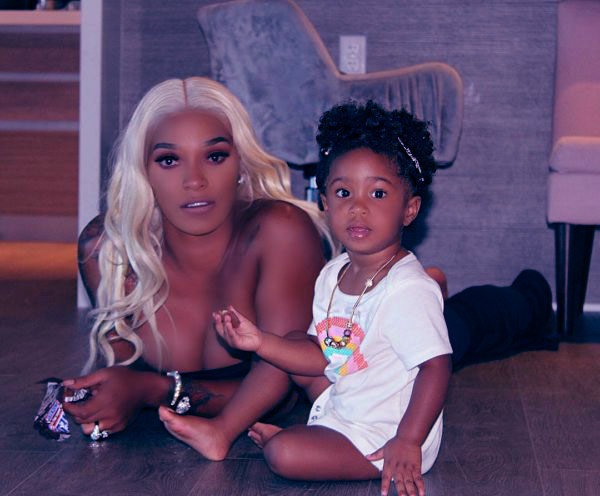 Bonnie Hernandez is three years old and will be turning four years of age at the end of 2020. We don’t think that we can estimate the net worth of a 4-year-old as well, so for the time being, it is merely under review. Her mother, Joseline Hernandez, was a stripper when she met her father, Stevie J. With his help, she was able to become a singer, rapper, actress, and reality star with a net worth of around $300,000.

Stevie J certainly has a big family, and it just got more prominent, and it would probably continue to grow. We are, of course, trying to speak about Stevie J’s recent marriage to singer, songwriter, and reality star, Faith Evans. Apart from Love & Hip Hop: Atlanta, Faith Evans has also worked in the past on musical projects with Stevie J, and they share friendship over 20 years old. 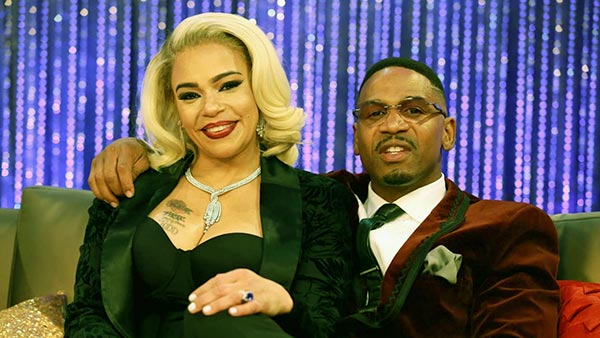 They married in 2018 after a short dating life. Stevie J is not doing completely bad, despite having six children. There is no reason why he won’t try again with his new wife. We wish his married life is prosperous, and he has many more kids and grandkids to his heart’s content. It has been a good running for his married life, which is going strong from the looks of the most recent updates among the couple.