Fans of Glee have heard the devastating news that actress Naya Rivera went missing since July 8, 2020, after going out for a boat ride with her four years old son. Her body was finally found in July 13, days after she drowned. The former Glee actress was married to Ryan Dorsey for four years. After her disappearance, many of Naya’s fans are wondering who Ryan Dorsey is?

Ryan Dorsey is the father of Naya’s son. Hence, Ryan and Naya have an-on-and-off relations for mays years. So, what forced the couple to end up their married life? Here’s we talked everything about Naya’s ex-husband? Where is he now? Before starting his wiki-bio, have a look at the facts below.

Ryan Dorsey is From West Virginia

Ryan Dorsey was born and raised in Charleston, West Virginia. On his official website, Ryan described himself as the kid from the coal mining valley at West Virginia who had dreams of being a baseball player but landed him on the stage. Eventually, he fell in love with his new vision. 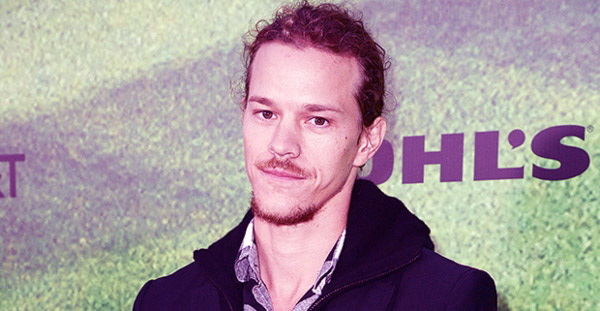 Caption: Ryan is the ex-husband of Naya Rivera

While studying at college, he decided to pursue his career in the acting field. At the time, he was studying at Western Carolina University and major in Theatre. He returned home and began making films with friends. Later he moved to New York City, one year at West Virginia University.

Ryan’s Journey to the Entertainment Industry

After moving to New York City, he auditioned many times and finally accepted to The New York Conservatory for Dramatic Arts. Dorsey appeared in several tv series, including The Vampire Diaries, Yellowstone, Ray Donovan, and Stumptown.

Dorsey guest-starred in ABC’s ‘The Rookie,’ was a regular on ‘Justified’ and also appeared in ‘Parks and Rec’ in 2013. Also, Ryan has one production credit for Heavy Doom, a horror-themed show.

Ryan Dorsey Was Married to Naya Rivera for Four Years

Ryan Dorsey married the former Glee actress, Naya Rivera in 2014. The two first met in 2010 and dated for a while before breaking it off. According to Dorsey’s father, Ryan and Naya met at a party. Then Rivera saw him across a dance club, and eventually, the two ended up chatting. Naya was serious, but Ryan didn’t want to settle down. At the time, Ryan’s priority was his career. 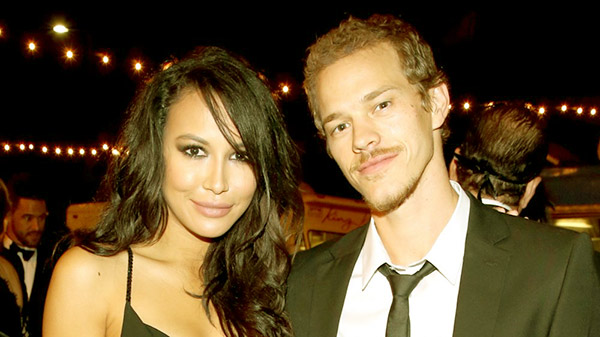 Caption: Ryan Dorsey and Naya Rivera tied the knot in 2014

However, Ryan and Naya reunited in 2014 and walked down the aisle on July 19, on Dorsey’s 31st birthday.

In 2017, Rivera filed for a divorce from his, but later she called off their separation. Again, the Glee actress filed for divorce for the second time in December 2017, citing irreconcilable distance. In June 2018, the couple finalized their divorce, but they shared the joint custody of their son.

Before him, Naya was engaged to rapper Big Sean in October 2013. Sadly, they ended their relationship in April 2014 just two months before her marriage with Ryan Dorsey.

Naya River and her son went for boating at Piru Lake, but she was missing since July 8. Just before she went missing, Naya posted a photo of mother-son on her Instagram, “Just the two of us.”

Ryan’s son was found alone on the boat after Naya vanished. According to Josey, Rivera jumped into the water but never came back to the ship. Following the accident, multiple professional teams and research her in the lake but didn’t find her.

Ryan is a Doting Father

Josey Hollis Dorsey is the only child of Ryan Dorsey and Naya Rivera. Rayn’s son was born on September 17, 2015, and now four years old. Since Naya was missing, Josey is living with his father. On Father’s Day, Ryan shared a post on which he clearly stated how much he loves his son.

Happy Fathers Day from my gang to yours out there!😎 Tomorrow, next week, next month, next year is never promised. Be grateful for yours if they’re still around – especially during these crazy times we’re all living through✌️❤️🙏Josey I love you so much, you are the sunshine & joy of my life, proud to be your daddy💛

So, the actress arranged to have the pregnancy terminated at the time. Rivera focused on her career. Later the actress admitted that she was so nervous about finally coming out with this information because of abortion rumors.

How Much is Ryan Dorsey’s Net Worth?

Ryan Dorsey is an actor and has been working in this field for more than a decade. He is well-known for his recurring roles in several TV series. Ryan has a recurring role in the TV series Southland as Cody Carlos.

The Vampire Diaries actor makes his money from his acting career. Ryan Dorsey has a whopping net worth of $2 million whereas, his ex-wife, Naya Rivera, has a net worth of $5 million.

Ryan Dorsey is not as famous as his ex-wife, but he has thousands of followers on his social networking sites such as Twitter, Instagram, and Facebook. On his Twitter bio, he states, “Made in West Virginia. I pretend to be people and so stuff.”