Home
TV Personality
Roisin Conaty: Is She Married or Dating? What Is Her Relationship Status

Making people laugh is one of the tough things to do that most fail. People used to say that this is only men’s job, and women are not good at all and don’t have a sense of humor. It’s not true; there are a few celebrities who earn their name and fortune by themselves in the entertainment industry.

Similarly, British-born comedian Roisin Conaty has been introduced in all manner of ways in her lifetime. If you are a London-born panel show favorite, then you probably watched the sitcom, GameFace, that was written and starred by Roisin Conaty.

The show is in its second season that follows the character of Marcella Donoghue as she attempts to climb the ladder of acting. So, who is Roisin Conaty? Here’s what to know about the GameFace creator. In addition, take a look at the below facts.

Roisin Conaty is a British Comedian

Award-winning comedian Roisin Marcella Conaty is best known for British sitcom, GameFace. She was born in England and is of Irish descent. She spent much of her childhood in her country. Conaty began her career at the age of 24 after working in various retail and office-based jobs. 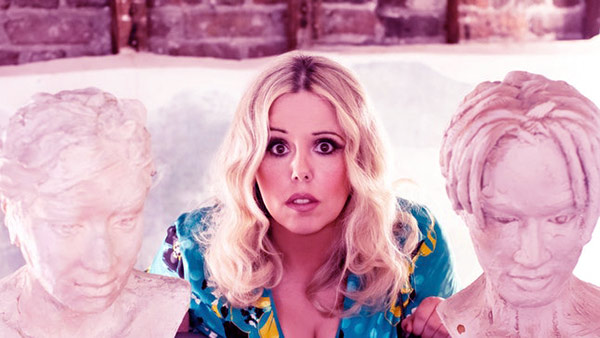 Caption: Roisin writes and acts in the tv series, GameFace

Roisin got her into comedy and then took part in a stand-up gig at The King’s Head in North London. Conaty won the Foster’s Edinburgh Comedy Award 2010 for Best Newcomer. The comedian appeared regularly on huge popular entertainment shows such as 8 Out f 10 Cats does Countdown, the Great British Bake Off: An Extra Slice, and Would I Lie To You.

In addition, Conaty is known for her roles in the British reality television series, Impractical Jokers, along with Paul McCaffrey, Marek Larwood, and Joel Dommett. The jokers performed the prank, usually in public places. Also, she acted as Jo in the much-loved Man Down on Channel 4. Later she returned to in 2017 for the fourth series. The 41 years old comedian also appeared in the first series of Broadcast award-nominated Taskmaster and Russell Howard’s Stand Up Central.

Her other TV and radio credentials include Room 101, Travel Man, A League of Their Own, Duck Quacks Don’t Echo, Dilemma, and many others. Furthermore, she hosted her own one-hour comedy special show, Roisin Conaty’s What If?

Who is Roisin Conaty Married To?

The comedian prefers to be single and not dating anyone else. Throughout her journey, she has met numerous people and also worked with them. Professionally, she is a successful actress and comedian, but she doesn’t share much about her personal life.

Sometimes, she often makes funny jokes about her relationship status on the show.  Once there was a rumored, she was in a relationship with an actor Greg Davies. She told The Guardian that she and Greg once shared a whole jar of pesto, neat, during the Edinburgh Festival.

The GameFace writer’s parents were from Ireland, but they met in London. Her mother was a nurse, and her father worked for Aer Lingus. Conaty’s father was a funny man, just like her. Unfortunately, Roisin’s father passed away due to a heart attack. That incident changed everything. She has a younger sister. 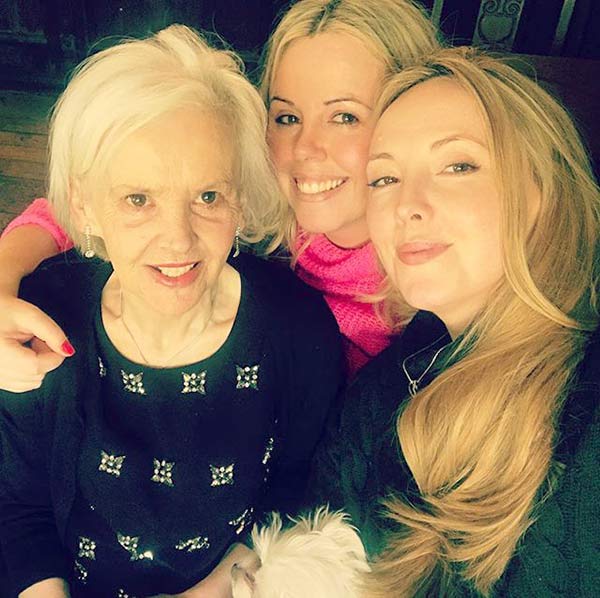 Caption: Roisin celebrated “Happy Mother’s Day” along with her family in 2019

She is an Animal Lover

The stand-up comedian loves animals so much. She has a white cat and a dog named Harpo. She often posts pictures of her pets on social media.

Ever get the feeling you are being watched 👀

Conaty enjoys thousands of salary that earns form her appearance on the television.  She makes money from multiple sources like her writing, acting, and shows. She is the writer of the GameFace and also starred in a few series.

However, the actual amount of her income is not revealed. Roisin is one of the well-known faces in the comedy world. She started writing the script of GameFace that aired in 2014. It is safe to say that Roisin has an estimated net worth of around $1 million.