Millions of fans’ hearts were broken when Fast & Furious actor Paul Walker passed away in a tragic car crash. Late Paul Walker came to prominence after playing in movies such as Varsity Blues. He became one of the prominent actors in the Hollywood industry after starring in ‘The Fast and Furious’ franchise.

At the time of his death, Paul Walker was dating a girlfriend named Jasmine Pilchard-Gosnell. Before Jasmine, the late actor was in a relationship with ex-girlfriend Rebecca McBrain with whom he had a child. But the question is, where was she at the time of Paul’s death? It also raised a question as to why the two broke up and how does his child look alike. Before moving to Rebecca’s wiki, have a look at the below facts.

Rebecca Soteros is well-known as the ex-girlfriend of the late actor Paul Walker. She was born in a small family to parents  Mark Soteros and Julie Ann Soteros in 1974 in California. She has a younger brother named Joshua. Sadly, Rebecca’s mother left her and her family in 2004. 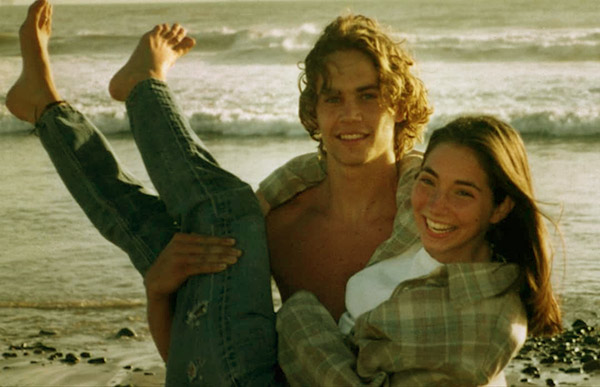 Caption: Rebecca Soteros was a one-time girlfriend of the late actor, Paul Walker

Rebecca studied at a private, Christian, K-12 school, Village Christian School, located in her hometown. She is a private person and didn’t like to appear in front of the media. After graduating from high school in 1992, she went to college and pursued a bachelor’s degree in secondary education.

Well, the answer to this question is, they’re never married. Rebecca met late actor Paul Walker in the mid-1990s. In fact, Walker was yet to make his name in the Hollywood industry when they met. Like most couples, the two began dating in early 1998.

They’re so much in love with each other and seemed like they can’t get rid of each other. Although Rebecca was in deep love with Paul, he took their relationship more casually. Soteros got pregnant with their first child and approached Walker for marriage, but he refused to get married.

During the time, Paul was more focused on his career and not willing to give any commitment. As a result, the two departed their ways, and then she moved to Hawaii with her daughter.

On November 30, 2013, Paul Walker died in a car accident at age 40. Paul was in Santa Clarita, California, to attend a charity event for Reach Out Worldwide, which raised funds for victims of Typhoon Haiyan in the Philippines.

Reportedly, he was in the passenger seat of a Porsche Carrera GT with his friend, Roger Rodas. The car hit into a lamp post and two trees and busted into flames. Paul had severe trauma and burns. Both bodies were pronounced dead in the scene of the accident.

At the time, the late Fast and Furious actor had finished Brick Mansions and working on the Fast & Furious 7 that released on April 3, 2015, to a huge box office. Many celebrities paid tribute to his death. His co-star, Vin Diesel, tweeted, “Brother, I will miss you so much. I am absolutely speechless.” Vin added, “heaven has gained a new Angel.” After the death of Walker, Diesel named his daughter, Pauline.

Rebbeca is a Great Mother

After splitting from Paul, she moved to Hawaii with their child, a daughter named Meadow Rain Walker. Meadow was born on November 4, 1998, and now, she is 21 years old. She looks just like her other and works for her father’s foundation, Paul Walker Foundation. 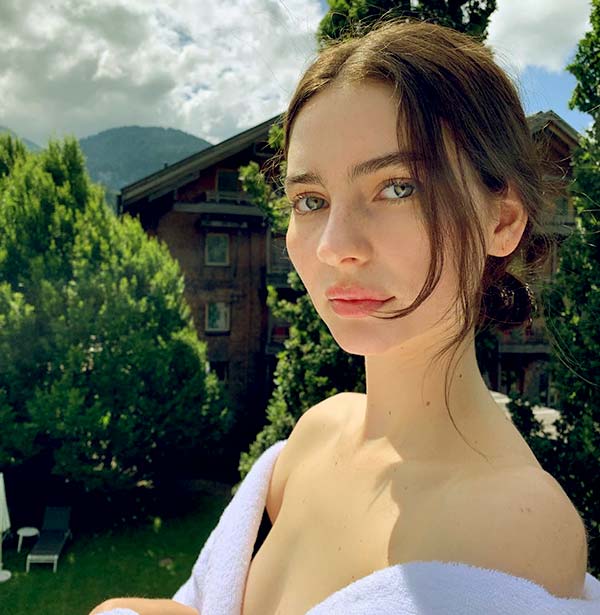 When Rebecca’s daughter was 12 years, she asked about her father and flew to California to live with her dad in 2011. Meadow lived without her dad for 13 years. She followed the steps of her late father and helped the non-profit organization by raising funds. The 21 years old Philanthropist shared numerous posts to Instagram about her plans to build a school with the charity Pencils of Promise.

A few years ago, I had the opportunity to volunteer in Ghana. It was an absolute pleasure and they were 2 of the best weeks of my life. I can’t put to words how welcomed I was by the entire community, school and the students. The kids are everything.💗💘💜 I am so so excited to be working with @pencilsofpromise to build a school in Ghana, Guatemala or Laos.💕💖💙💜 I am beyond blessed to be able to use the @paulwalkerfdn to Do Good and make a difference in the world. Please click the link in my bio to donate. Every $1 counts💜💜💙💖

In addition, Meadow shared a few memories that she spent with her father. Rebecca’s daughter posted a video of a sweet moment with her dad, Paul Walker, on his birthday. See the below post.

I never thought I’d share this. But it felt right. Be good. I love you. Stay safe. xx

Rebecca Soteros has sole custody of her daughter. She and daughter, Meadow, lived with Paul from 2011 to 2013 in a home in Santa Barbara. Paul’s mother, Cheryl Ann Walker, submitted a document in the court, asking for a legal guardian of Meadow. It is said that Rebecca is an alcoholic and incapable of taking care of her child. The truth is she doesn’t have a drinking problem. Back in 2003, she was arrested for DUI in Newport Beach, California.

Net Worth of Rebecca Soteros

Rebecca started her career as a teacher but left her job after Meadow’s birth. Following the death of Paul Walker, she and her daughter are focusing on veracious organizations and also working for Paul Walker Foundation.

However, the net worth of Rebecca is still under wrap. On the contrary, Paul Walker’s net worth was $25 million at the time of his death.