When lovable people die, they leave a big hole in our hearts, but with the time, that hole becomes full of their memories. Paul Walker was among a very few list of celebrities whose death a few years ago is still fresh in our mind, but we choose to cherish his achievements over the pain of his loss. In a way, people who die are defined by the people they left behind, and Paul Walker left a beautiful definition in the form of his daughter, Meadow Walker.

Meadow Walker is the daughter of Paul Walker, but in this article, we talk about her own identity, career, personal life, and bio. What is Meadow Walker’s Net Worth? Is she dating? Answers to these questions and more below, along with her father’s bio.

Meadow Walker’s full name is Meadow Rain Walker, and she was born on November 4, 1998, in North California, USA. She was born to Paul Walker and his high school girlfriend, Rebecca Soteros, who were still in their 20s (Paul Walker was 25 years old) when they gave birth to her. According to sources, Meadow’s mother was looking for some commitment from Paul, who was just starting his career and not ready for something serious like a marriage. 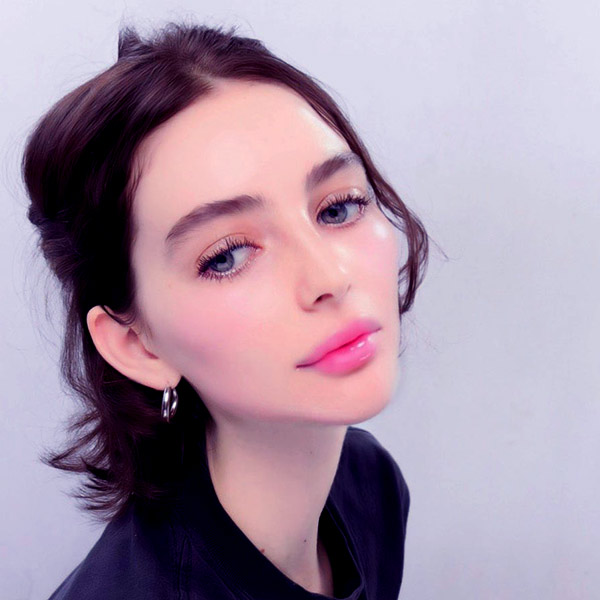 Rebecca Soteros is then said to have left Paul Walker with Meadow in disappointment. Meadow then moved to Hawaii with her mother, where she grew up without a father until she was 13 years old. The time was not kind to her mother, Rebecca, who began an addiction to alcohol a while ago.

Only after her daughter became 13 years old did she finally brought up the courage to go to rehab and in the meanwhile gave her away to her father, Paul Walker. It all was for the better as we know now that she only got to spend a few years with her father. It is, however, apparent that Meadow made the best out of whatever time she could scrape up with her late father.

She shared one of such moments to the world, posting the following video on her Instagram. The video features her surprising her father on his birthday after hiding him in his trailer’s closet and then scaring him half to death. He then gave her a tight hug bringing both of them down tumbling to the bed.

I never thought I’d share this. But it felt right. Be good. I love you. Stay safe. xx

Meadow Walker is truly keeping her father’s legacy. On the one hand, she is also starting her career in modeling like her father. The 26-year-old certainly has the looks and physique for it with her lean and thin body, which makes for an ideal supermodel. Since we’re talking about her body measurements, she stands at the height of 1.60m or 5 feet and 3 inches with a weight of around 48kg or 105 pounds. 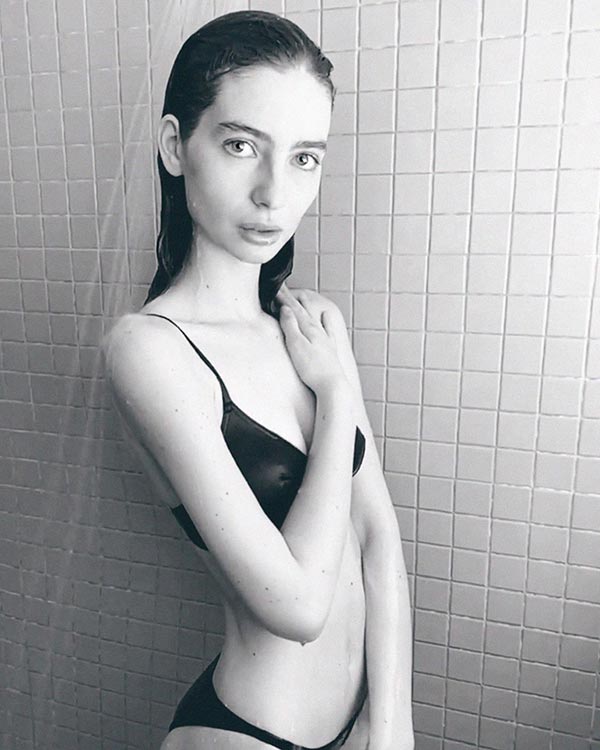 Her body measures at 30-24-33 inches, and at one time, she was under the employment of a modeling agency by the name of Women Management. She also holds credits in IMDb for appearing in 3 episodes of Entertainment Tonight in 2018.

Meadow Walker’s career, while impressive, may not look like it is worth a lot. However, let us not forget that she is the daughter of the late Paul Walker. Paul Walker’s net worth at the time of his tragic death on November 30, 2013, was estimated to be around $25 million, and he left the will of his entire estate to go to his daughter, Meadow Walker. 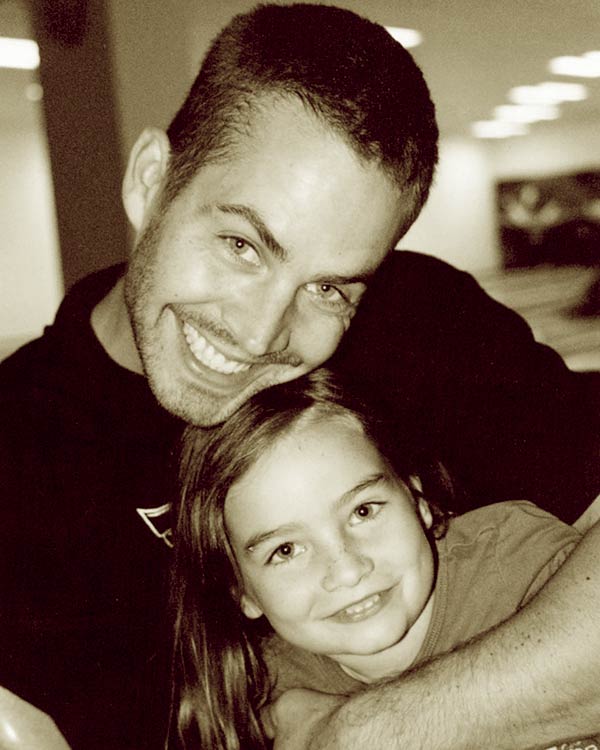 Caption: Paul Walker left his full net worth to his daughter

Unfortunately, this included Paul Walker’s extensive collection of cars, most of which he co-owned with his friend and financial adviser Roger Rodas, who also died in the same car crash that killed Walker. So, Meadow Walker and her grandfather, Paul Walker Sr. filed a lawsuit against Roger Rodas’ family for wrongful death to get “proportionate share” of their shared collection of automobiles.

Meadow Walker won a $7.2 million from the settlement of the 2014 case. Paul Walker’s exotic car collection, which saw the likes of Ferrari 400i, Ferrari F355, Maserati Quattroporte, two Ford Mustang GT 500s, 3 Porsche 911 GT3 RS, 5 BMW M3, and a Saleen S7 among other super lucrative cars. Twenty-one vehicles from his collection were later sol in an auction in January 2020 for $2.33 million.

Later, Meadow and Paul Sr. would also file multiple lawsuits against the Porsche Company for a wrongful death lawsuit. They were not entirely wrong as the Porsche Carrera GT that was involved in the accident and death of Paul Walker did have potentially dangerous faults. However, Porsche said that the late actor was well aware of the problems in the vehicle and its potential danger and still operated it.

Meadow Walker uses her Net Worth for carrying her Father’s Legacy.

She also won $10.1 million from the lawsuit against Rodas for his partly involved in the crash and death of her father. All of that certainly puts Meadow Walker’s Net Worth at a very high amount, but for the time being, it is under-review. However, Walker certainly puts his million-dollar worth net worth to good use with ‘The Paul Walker Foundation.’

The organization primarily works for environmental causes, but Meadow has done everything from carrying philanthropic works in Ghana to building schools in other rural areas. She leads her father’s foundation with other agencies like LA Food Bank, which has innumerable significance for its effect to feed needy children during the COVID-19 pandemic.

Who is Meadow Walker Dating? Find her Boyfriend

Meadow Walker is currently not dating anyone to our knowledge, but we do get confusing signals from her. There were some flirty exchanges between her and another fellow model and celeb kid, Kaia Gerber. Gerber is the daughter of Cindy Crawford and Rande Gerber. We thought Meadow and Kaia were just good friends, but Meadow sparked some dating rumors after their little romantic back and forth. 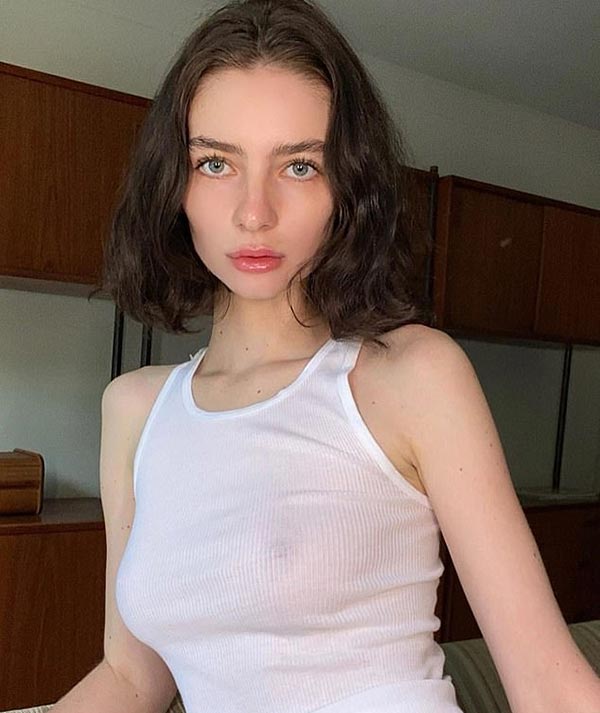 The post was probably long-deleted since, but in May 2020, Meadow Walker posted a photo on a sheer white top tagging Gerber. If the picture wasn’t steamy enough to have to raise eyebrows, her reply to Gerber’s “For me?” with a “love of my life” certainly did. However, we feel that it was nothing more than some flirty exchange between two affectionate girlfriends and nothing else. 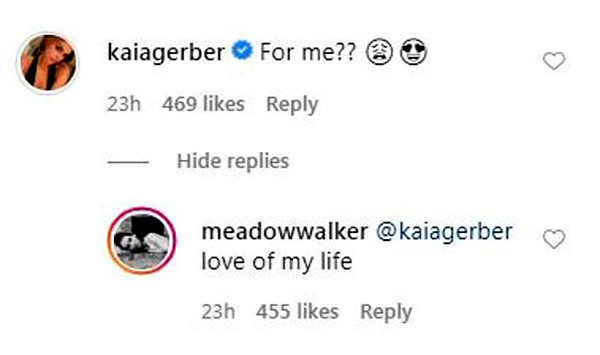 Meadow Walker is a big fan of Justin Bieber. JB even gave her an invitation to his concert back in 2014, shortly after the death of her father. Although we would love to see them as a couple, we all know that Bieber now is a husband to Hailey Baldwin Bieber.

Paul Walker was born Paul William Walker IV on September 12, 1973, in Glendale, California. He was born to his mother Cheryl, a model and his father, Paul Walker III, who was a sewer contractor and Golden Glove champion boxer. His grandfather had a fair share of notoriety in his boxing career as the ‘Irish Billy Walker.’ Technically, he was mostly English by ethnicity but also came from a long lineage of Irish, German, and Swiss descent.

Paul Walker began his career as early as the age of 2 as a child model for Pampers. He then started his transition to an actor with roles in TV shows like The Young and The Restless, Highway to Heaven, and Who’s the Boss? His breakthrough role in the movies came with 1999 coming-of-age film Varsity Blues.

Since then, he was the star of many hit movies like Clint Eastwood‘s Flag of our Fathers, Into the Blue, Running Scared, and survival movie Eighth Below. However, Paul Walker’s most recognizable for his role as ‘Brian O’Conner’ in the ‘Fast and Furious‘ franchise. With ten movies in the franchise, Fast and Furious is one of the biggest action blockbuster movies, and Paul has appearances in 7 of them.

Furious seven was one of the last projects Paul Walker was working on. Walker’s brother, Cody, and Caleb stood in as body doubles, and with the help of CGI, the movie was brought to an end. Paul Walker sadly passed away on November 30, 2013, after his car crash and burned down in Santa Clarita, California. Walker was heading to his charity Reach Out Worldwide‘s event, and he partly was so famous for his philanthropic efforts.

We don’t have a complete bio on Rebecca Seteros, as there is no available information on her out there. We brought up Rebecca’s struggle with alcoholism in brief in the beginning. Unfortunately, her dark past and present of alcoholism are all we know about her life. She first went too overboard with it in 2003 when she was arrested for a DUI and was sentenced to 3 years in probation. 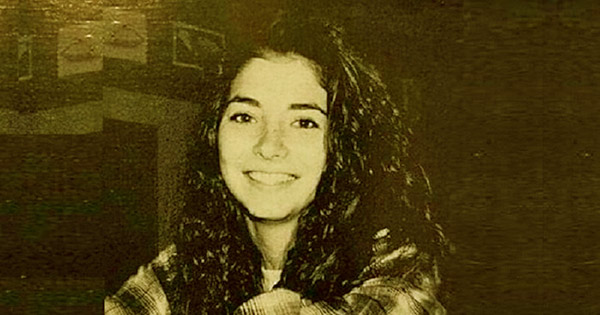 Her similar struggles in 2011 are what made her contact her baby daddy, Paul Walker, to take the responsibility of their daughter. She ran another DUI in August of 2013. However, after Paul’s death, she made sure to regain the custody of her daughter, but her possession to her father’s $25 million worth made it appear like she had secondary and selfish reasons. 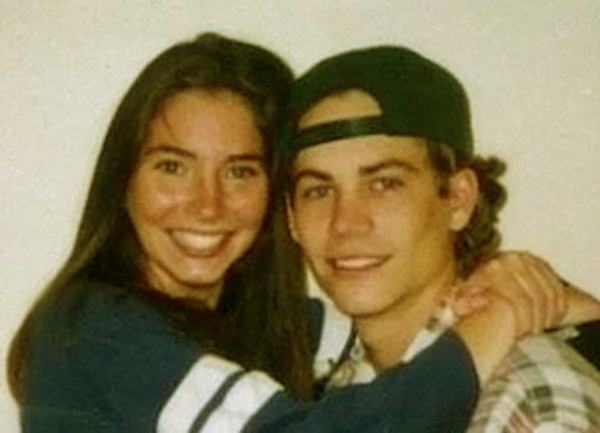 Meadow’s grandmother took the argument to great heights bring Rebecca’s entire alcoholism history. However, in the end, both Meadow and her mother wanted to live with each other. So, the court had to grant the guardianship to her but on the condition that she went back to rehab. So, this is all there is to know about Meadow Walker’s parents.