Being a leader means a lot more than we think. One has to take responsibility for every action of your team, and it’s sometimes a burden as well. Now, when we talk about cabins, we often have a familiar red beard on our minds. It’s non-other than Chase Morrill, who is arguably the main leader of Maine Cabin Masters. Some might even argue that he is the master of cabins.

Today, let’s have a look at Morrill’s marriage, children, and family life. Also, here are some fascinating facts about his sister, brother-in-law, net worth, and many more. First, let’s start with a brief introduction to the man.

Who is Chase Morrill? His wiki-bio and family

The master of the cabins, Chase Morrill, was born on December 25, 1977. The television star is 42 years old as of 2020. He grew up in Augusta, Maine, along-side his sister, Ashley Morrill. He was born to Eric Morrill (father) and Peggy Morrill (mother). Talking about his education, he graduated from Liberal arts College, University of Atlantic. 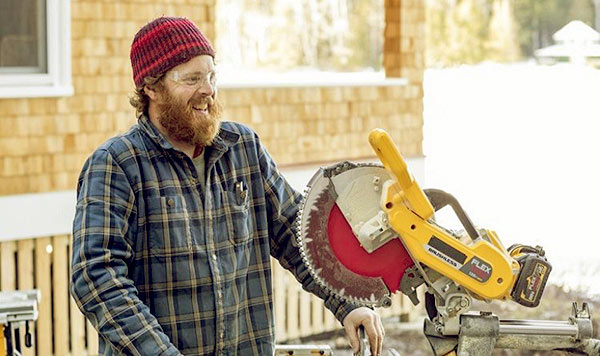 It was Eric who taught Chase all about the basics of working around the cabins. Unfortunately, Eric lost his battle with cancer and passed away in 2014.

Now, Chase is a cast of DIY Network’s Maine Cabin Masters along with his sister Ashley and also his brother-in-law as the members of the television show.

The five members of Maine Cabin Masters are a team of five experts who would gladly renovate your old cabins into something majestic. You’re in great luck if you are in Maine for you to have a chance to appear on the national television.

The Morrill family has been a household name since the release of the show in 2017. They are a specialized team who are working in the Pine Tree State at Maine’s waterways. They have worked at the site since season one.

The show had massive success with over 3.5 million viewers in the 3rd season, which aired in December of 2018. Maine Cabin Masters was ranked no.1 in the DIY network with its first season. From lakeside cabins on pristine shores to old cottages and camps in the woods, the members of this team have revived the homes as per the requests.

Chase is indeed the leader of the team, while his sister, Ashley, does most of the designing in the group. Things have not always been so smooth, while the hectic show entertained the viewers with different challenges and also fun.

If you are wondering how this television show began, it was Chase who came up with the idea. His love for building something new from a complete waste inspired his friends for this television show. We suggest that you watch the Maine Cabin Masters if you have not started it yet.

If you know Chase, then you certainly do know about his sister. The only female member of the masters, Ashley, is a designer for the team. Also, we can often see her doing the dirty work with the other members of the group. The team is her family, and she likes to take this as a family business.

Ashley (44 years old) is married to her co-star and colleague, Ryan Eldridge. However, she does not have any children to this day. There are rumors about her pregnancy, but it’s all fake.

So, Ryan is Chases’s brother-in-law and a fellow friend. The trio has worked as a family while looking after each other throughout the times.

We are having a wonderful time in Las Vegas! Hope everyone enjoyed last nights episode let me know what you guys thought. Have a wonderful night hope everyone is well #mainecabinmasters #lasvegas #newepisode #nelma #ibs2020

Chase Morrill is Married to a Nurse: Meet His Wife, Sarah Morrill

Chase Morrill tied the knots with his long-time girlfriend, Sarah Morrill. Besides being a master in the renovation, he is also a family person. There are no details regarding their wedding date, but we believe that they have known each other for a long time.

They probably went to college together while they both studied in the University of Atlantic. It’s no surprise that the couple has a lovely relationship. Now, let’s find out more about Sarah. 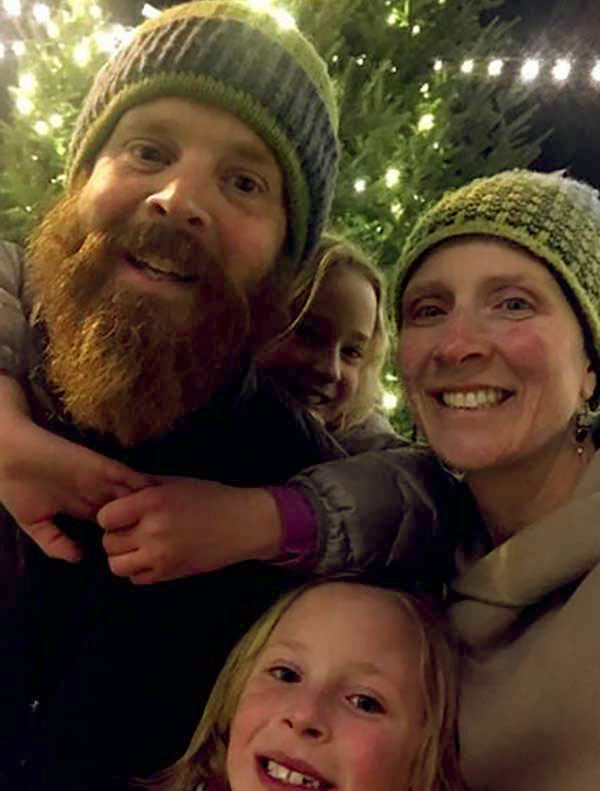 Caption: Chase, his wife, and their daughters

She graduated from Cony High School, after which she went to Philips Academy. Later, she completed her education from the College of Atlantic. While we have a brief insight into her life with Chase, they seem to have a buttery smooth relationship to this day.

Chase Morrill is the Father of Two Daughters

Chase and Sarah Morrill have two beautiful daughters named Maggie Morrill (older) and Nori Morrill (younger). Despite having a tight schedule with the family business, the master of the cabins is always there for his family.

The cabin master loves spending his free time with his two adorable daughters. Chase often goes on a family vacation or trips as he went to Pura Vida in 2018. Also, he took his family for a trip in the beautiful mountains in the summers of 2019. The family of four had a tour in a glacial cirque of Tuckerman Ravine.

How much is Chase Morrill Worth? His Net Worth in 2020

The monthly income of the stars from Maine Cabin Masters is not a joke. All of the members earn a hefty sum of money, and we are fascinated by the show’s progress in recent times. It has been a big hit while they are turning old cabins into mediocre houses.

We can relate the surprising success of this show to the growth of their own business in Washington Avenue, Manchester. Chase and his team managed to establish a new headquarters for Kennebec Cabin Company in Maine. 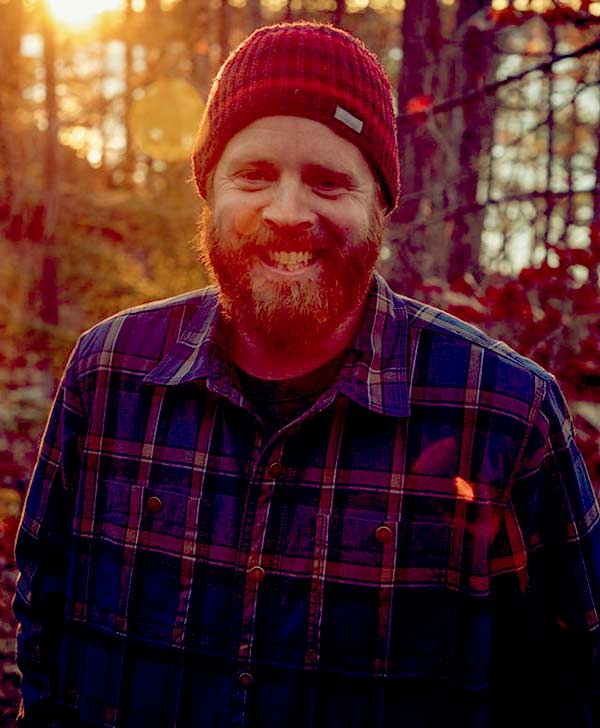 His estimated net worth is a massive amount of $600,000 as of 2020. Chases’ primary source of income includes his renovation business and also from appearing in Maine Cabin masters. We have seen how the team has a budget of around $30,000 for each project, so that’s the kind of fortune they are dealing with.

Chase Morrill is active in social media, including Instagram and Facebook. Be sure to check him out!

New episode is in right now! What are you guys thinking so far. Hope you guys are having a great week. #mainecabinmasters #season4 #newepisode