Elaine Welteroth made her name by herself in the fashion world. She became the youngest Editor-in-Chief in Conde Nast’s 107-year-old history. Also, she the second black person to ever hold an EIC title at the company.

She has written her memoir More Than Enough published in 2019. In her book, she wrote, “women aren’t taught to get comfortable with making people uncomfortable.”

Keep reading to find out the facts of Elaine Welteroth.

Elaine Marie Welteroth was born on December 10, 1986, in Newark, California, to white father and African-American mother. She is 33 years old and is of mixed ancestry. 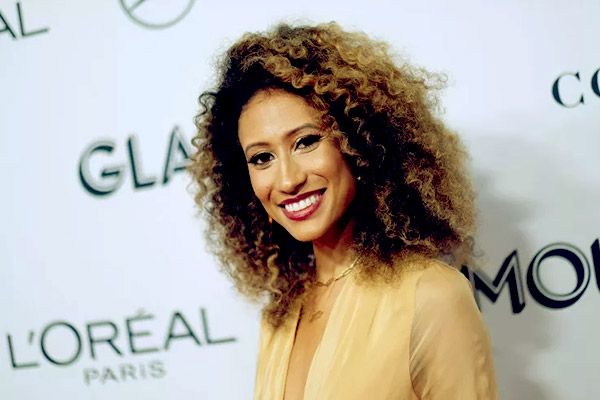 Later her parents moved to Fremont, California, where she grew up. In 2004, Elaine graduated from Newark Memorial High School. In 2007, she enrolled at California State University Sacramento, where she majored in Mass Communication and minored in Journalism.

Welteroth’s Worked as a Mascot in a Buffet

Life is not as way as you see it. To get your dream job, you have to work hard, but it doesn’t go as you plan. Despite earning a degree in journalism, her first job was being a mascot for a local Hometown Buffet, wearing a bird suit.

She described it as the best career advice that she has ever received. She said, bite off more than you can chew and then chew as fast as you can. If you take the challenge, then you may get what you have always dreamed of.

The unpaid internship was one of a great experience. Internships are supposed to be unpaid as they are like trial periods for freshers to learn new things that help in their future. It seems a bit unfair, but the on-the-job training comes in handy for later on in life.

She wrote a letter to magazine editor and columnist, Harriette Cole. Eventually, he gave her a chance to assist with a cover shoot for Serena Williams in Los Angeles. Later Cole called her for an internship at Ebony and became Cole’s assistant. After that, she works as the magazine’s Beauty & Style Editor for three years.

Wlterorth is a Judge in Project Runway 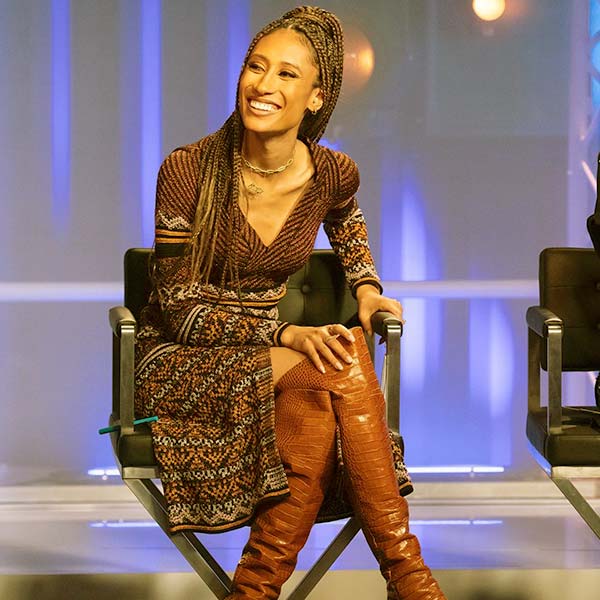 Elaine Got Engaged with Jonathan Singletary

Elaine is so lucky to have a life partner like Jonathan Singletary. She engaged to her childhood church’s youth choir, and since then, they are living happily together. Jonathan is not only her fiancé but her best friend as well. 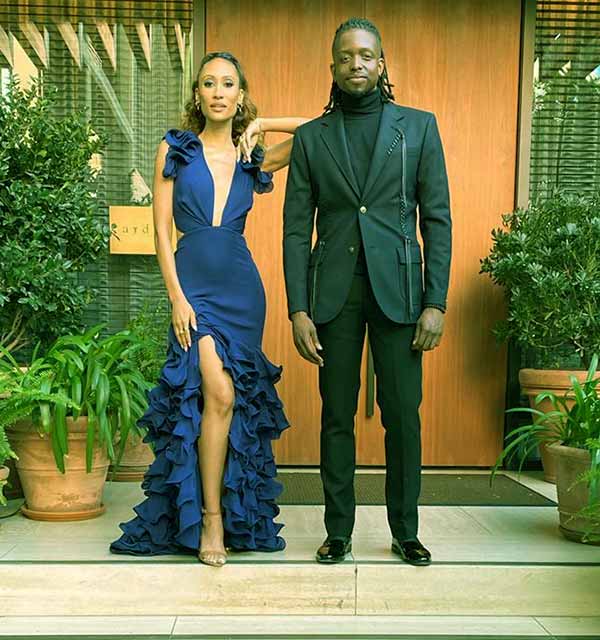 As they grew older, they went their separate ways. It seems like Elaine and Jonathan are made for each other. However, it’s kind of funny story about how the editor in chief and the musician met. Welteroth and Singletary engaged in December 2016. Yet, the duo hasn’t mentioned the day they engaged.

As per Man Repeller, the former Teen Vogue editor and the musician’s families knew everything about them since the beginning. Elaine’s fiancé, Jonathan, is a musician. Before moving into the music industry, he was in grad school in a Ph.D. program but was looking to get into the pharmaceutical industry.

Jonathan has never thought that he ended goal was marketing within the music industry. On the other hand, Elaine’s father and brother are a musician. To date, he released several songs and gained massive popularity.

Jonathan went down on one knee with a diamond ring and asked her to marry him in front of their family and relationship. When he said to her, Elaine got so emotional, but fortunately, she said yes. If you go through her Instagram, then you will see a sparkling diamond ring on her in-ring finger.

It’s quite funny, but it has a long love story between them. When they met for the first time, they were twelve or thirteen. Both of them are from the Bay area and grew up in the same church. Also, the pair’s moms were in the same choir.

Elaine is six months older than Jonathan, and also, they’re on a different level. The couple proves that childhood love exists. They didn’t meet outside the church until five-six years ago. She moved to New York City to make her career, although they were on social media and keep in touch.

One day, Jonathan called Elaine that he’s coming to New York for four days to interview. They met for a coffee. At the time, Jonathan had a girlfriend. Jonathan told Man Repeller, they were an on-again, off-again relationship for years. Due to long-distance, they had broken up for a year and again started talking after breaking up. Eventually, they started dating.

Elaine is a Vocal Activist

Elaine’s interest in politics and social issues hasn’t been reflected in her impact on Teen Vogue. She didn’t release until 2016 that she is an activist. She discussed diversity in fashion, beauty standards, and cultural appropriation with former model-turned-fashion activist Bethann Hardison at The Future of Fashion Talk Series.

Not only that, but she also has shown her support for causes that include the Time’s Up Now, March For Our Lives, and Never Again National School Walkout. Further, the former Teen Vogue editor shares support with her fellow activist friends, Malala Yousafzai, Jordan Peele, and Tracee Ellis Ross.

She appeared in TV series Black-ish

Besides the Project Runway, Elaine starred herself on an episode of Black-ish in 2016. She played one of the main characters, Zoe, who landed an internship at Teen Vogue. But that’s not all! Also, Welteroth reprised her role again on Black-ish spinoff series, Grown-ish in 2018.

Elaine is an Author

Aside from the TV shows, Welteroth is a writer and published a book titled called More Than Enough: Claiming Space for Who You Were in 2019. In her memoir, she talked about her life experiences and a big part of her success. Further, she is a biracial woman. 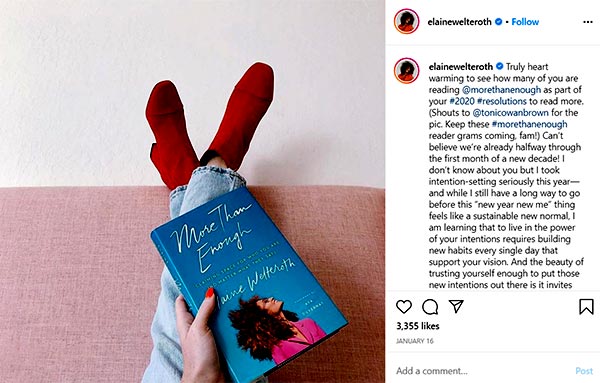 Caption: Writer, Elaine book titled called More Than Enough: Claiming Space for Who You Are

Being raised in a predominantly white neighborhood and also raised in a mixed race-family where she’s sort of the intersection of two different cultures, two different worlds. If you love reading, then you can order her book through Amazon.

In addition to her career, Elaine is an entrepreneur. She stills working on finding out her purpose. After releasing her memoir, she launched her brand with the same name, More Than Enough, especially for women. She launches gold necklaces and cashmere sweaters, and with the money, she supports girls in NYC that come from underprivileged backgrounds.

Fam, I have NEWS!! I have been keeping this a secret for so long (and I’m TERRIBLE at keeping secrets). SO excited to share two ways that I am bringing the spirit of my book to life through collaborations with women entrepreneurs I love: Today, I’m launching #MoreThanEnough gold necklaces with @ByChari and cashmere sweaters with @linguafrancanyc, in which $100 of proceeds from every purchase go to the most incredible organization that supports underserved girls in NYC @girlsclubny. . Before I even put pen to paper on my book, I thought of it as a tool for community building and as a conversation starter. Each of these pieces were created with the same intention. My hope is that they become physical reminders that we already have everything we need to do exactly what we were put here to do. . Thank you @wwd for helping us break the news. Both pieces are available now—info at the link in my bio. Use the code MORETHANENOUGH on ByChari.com for a discount from me to you. 💙💫

How is Elaine Welteroth’s Net Worth?

Elaine Welteroth makes pretty impressive money from her career as a journalist as well as a TV personality. She once said job titles are temporary, but the purpose is everlasting. However, she hasn’t disclosed the exact amount of worth that makes from her career.

We can speculate that she has a net worth over $1 million and earns thousands of dollars in salary as a journalist. Furthermore, she has been serving as a judge on Project Runway since season 17 and makes six digits of salary that added to her net worth.