In the television world, everyone is battling for attention more intensely than before. Similarly, Josh Widdicombe is one famous name in the television industry who earned not only name but fortune as well.

Josh is widely famous for his hysterical and adorkable comedy style. However, the comedian knows how to be a private man in terms of his personal life.

Find’s everything about this funnyman. What’s his current relationship status and net worth?

Who is Josh Widdicombe?

British born Josh Widdicombe is a comedian who received twice nomination for his work on the talk show, ‘The Last Leg.’ Born in Hammersmith, London, and raised in a tiny village in the middle of nowhere on Dartmoor. 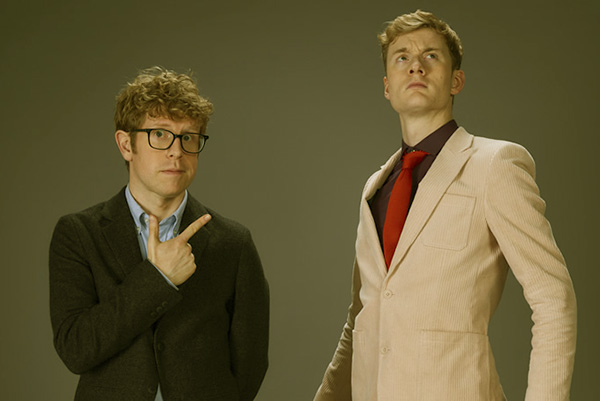 Tha native Devonian graduated from the South Dartmoor Community College. Then he enrolled at the University of Manchester, where he studied sociology and linguistics. It was the place where he watched some of the stand-up shows and later moved to London.

Josh Widdicombe Has a Different Career

He landed his first job at Dora The Explorer magazine, where he writes poems and puzzles. Later he worked as a sports journalist for The Guardian.

After making his debut gig in 2008, Josh makes his remarkable impact in the comedy circuit. This led him as one of the most considered demanded comedians in the United Kingdom.

In 2012, he worked as a contributor for Channel 4’s talk show, ‘The Last Leg‘ alongside Adam Hills and Alex Broker. Further, he became a captain team of BBC Two comedy panel show ‘Insert Name Here.’

What TV Show Has Josh Widdicombe Been on?

A regular on tv screens, Josh appeared in many shows including BBC One’s Have I Got News For You, BBC Two’s QI, Mock the Week and Channel’s 4 Out of 10 Cats and Alan Carr: Chatty Man

In addition to his career, he co-hosted BBC’s radio show ‘Fighting Talk‘ that ran from 2014 to 2016. Now, he is the host of cult 90s podcast Quickly Kevin, Will He Score? alongside Michael Marden and Chris Scull. 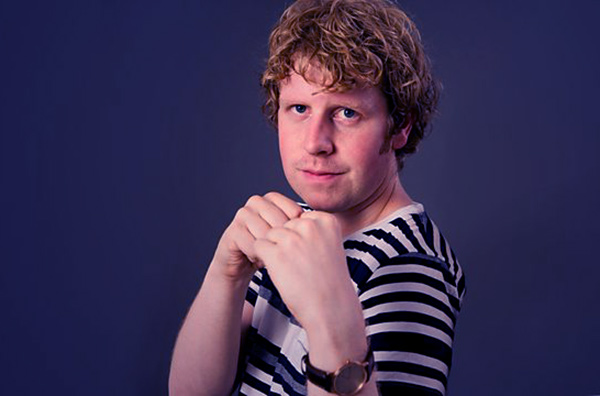 Additionally, Josh wrote and starred in three series of the BBC Three sitcom ‘Josh’ along with comedian actors Jack Dee, Jennifer Saunders, and the Chuckle Brothers. If you want to see his show, then you find on Netflix as well.

The comedian lost his laptop shortly after arriving in New York. He said that he left his MacBook in a cab after landing in the city.

He took to his social profile and shared the bad news alongside a photo of himself pointing up in front of Manhattan with his index finger. He wrote,

Hands up anyone who left their laptop in a taxi within an hour of landing in New York @ Newyork Apple Store https://t.co/gYq85uXcl5

Josh got a quite extraordinary tattoo

Widdicombe has inked a highly unusual piece of body art on his left leg below that ankle that reads, “GERG.” 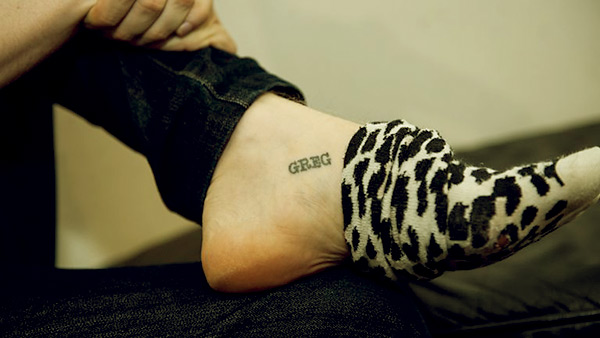 Caption: He got a tattoo of Greg’s name

He got a tattoo of British stand-up comedian Greg Davies‘s name. He told the British Comedy Guide that he has no regrets of it. He added it’s a painful but good point, though. He has another semi tattoo, his leg that reads, ‘1-0.’

Well, Josh Wibbecombe has been married to his girlfriend-turned-wife for years. However, none of them talk much about their relationship publicly. Further. The couple is seen together in many public places.

Josh and his wife Rose Hanson living a happily married life without any rumors of separation and divorce. Although Josh knows how to his private life out of the limelight, on the other hand, his wife, Rose, is an open book and regularly flaunting her love life on her social media. 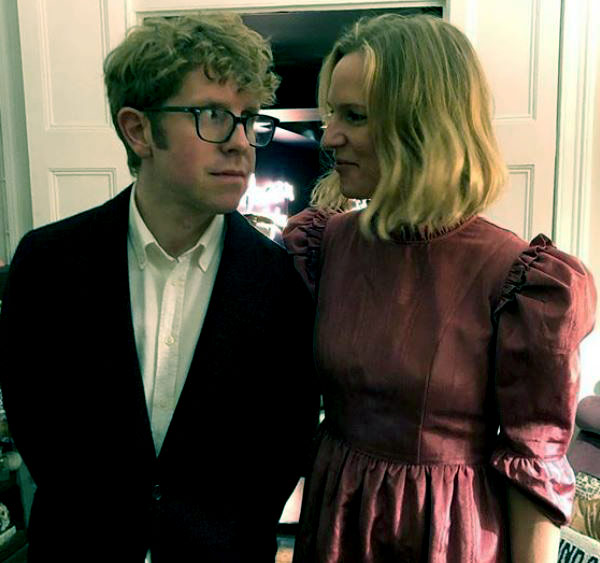 The two shares a weird relationship, but they look perfect together. Their lover further increased with the addition of the newest member in the family.

Josh and Rose’s first child was born in October 2017 without revealing the date of her delivery. Rose posts numerous pictures of their daughter on her social profile but didn’t show the face. All of those pictures, she shows off her back only.

Widdicombe and Hanson even go for a trip to different places whenever they got from their busy schedule. Going through Josh’s wife’s Instagram, you will see many posts of the two, enjoying each other company.

Last holiday sunset with this guy 😎

Josh Has Appendix Out

Back in July 2019, Josh Wibbecombe has an appendix. The Last Leg lynchpin posted a picture of himself on Instagram on which, he was smiling in his hospital bed with the caption. He stated,

“Can highly recommend having your appendix out, the absolute time of my life on morphine.”

Can highly recommend having your appendix out, absolute time of my life on morphine

On the other side, his wife took to Instagram with a photo of Josh and captioned it. See the below post.

Widdicombe minus his appendix, off his head on morphine. He just called the nurse ‘a legend’ when she gave him a cup of tea. #thankgodfortheNHS ❤️

Josh makes a significant fortune form his appearance in different shows and tours. He earns six digits of salary from the television shows that helps to increase his net worth. It is believed that Josh’s net worth is about USD 2 million.