We have heard a lot about German supermodel-turned-TV personality, Heidi Klum, who is best known for her appearance in the Bravo’s reality show, Project Runway. It seems like there’s nothing Heidi can’t do. Despite being a mother of four, she handles her professional very well. The supermodel has come a long way and appeared in numerous cover magazines.

In recent times, Heidi Klum and her fans have all been in a constant set of worries. The actress and model were taken by illness recently. With the threat of coronavirus, everybody was wondering if Heidi Klum came in contact with the dreadful COVID 19? Find out but first, a little on Heidi Klum’s net worth, married life with husband and children in her wiki-bio.

Let us deal with the more pressing matters before going in detail about the Project Runway Judge. Heidi Klum left the sets of the most recent America’s Got Talent after feeling sick. The news went into quite the circulation; after all, this was during the wake of the coronavirus rise in the USA in mid-March. There is no way Heidi did not get a whiff of the story herself.

She was quick and subtle to tell her fans about the truth. She was not down with the pandemic of COVID-19. It was actually some other kind of familiar, non-threatening disease. She also made it clear that she was doing much better now through the use of “#covid_19negative.”

Heidi Klum was born in Germany.

Heidi was born in a German town called Bergisch Gladbach, North Rhine-Westphalia that lies in West Germany on June 1, 1973, and is 46 years old. She is the daughter of Gunther Klum, a cosmetic company executive and an Erna, a hairdresser. 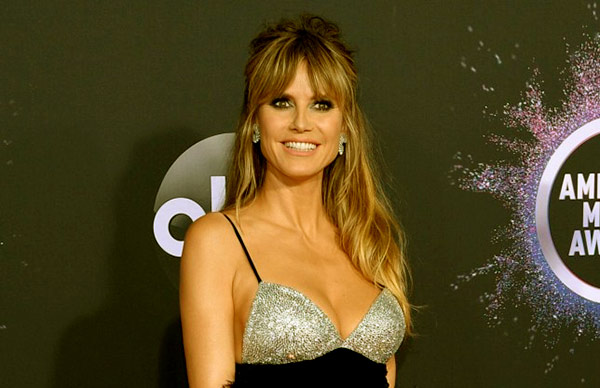 Klum holds the citizenship of Germany and the United States. As per her Instagram posts, it looks like her family still lives in Germany.

After winning a contest in native Germany, Klum stepped into the modeling industry. Before that, she had planned on becoming a designer. Her friend convinced her to participate in a modeling competition called Model 92. She looks unrecognizable in the photo. As a result, Heidi won the competition and offered a $300,00 modeling contract with Metropolitan Models New York.

After moving to New York, Klum worked with various modeling industries. In 2012, the model tweeted a throwback picture of herself with the caption; this was her first photoshoot. 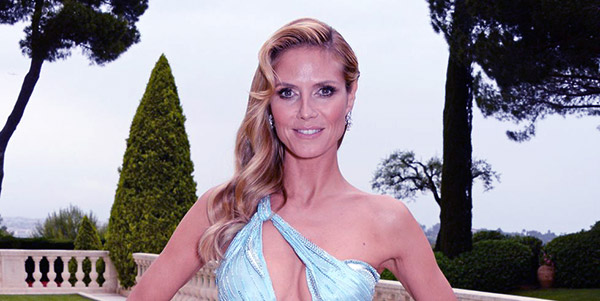 Eventually, Heidi landing working with lingerie company Victoria’s Secret. It helped to boost her career in the modeling industry. Soon after, she appeared on the cover of the 1998 Sports Illustrated Swimsuit Issue.

Furthermore, she hosted the Victoria’s Secret Fashion Shows in 2002, 2006, 2007, 2008, and 2009. Following the years, she became a fashion favorite and featured in the cover of top magazines such as Vogue, Elle, Harper Bazaar, and Marie Claire.

In addition to modeling, she tried her hand on both big and small screens. In the beginning, she made a guest appearance on the political sitcom Spin City along with Michael J. Fox. Her other TV shows include Yes, Sex and the City, Dear, and How I Met Your Mother.

Making the jump in the big screen, the model appeared as an ill-tempered hair model in the 2001 movie Blow Dry along with Alna Rickman, Natasha Richardson, Rachael Leigh Cook, and Josh Harnett. More roles followed in the films like Ella Enchanted, The Life and Death of Peter Sellers, Perfect Stranger, and The Devil Wears Prada.

Since the first season of Project Runway, she had played a significant role. She became the host in addition to serving as one of the executive producers of the show. Bravo’s reality competition show aired in December 2004, and soon it became a huge hit. The show received an Emmy Award nomination for Outstanding Reality-Competition program.

For her work, the supermodel received a Peabody Award in 2008 and an Emmy Award in 2013. In September 2018, the model announced that she didn’t come back for Project Runway season 17.

She and Tim Gunn left the show at the same time. They left the show to create a new Amazon fashion competition series, Making the Cut. The show is about the mini collection designed for particular episodes and finding the global nest brand.

Heidi’s the host of Germany’s Next Top Model.

Not long after the launch of Bravo’s Project Runway, the supermodel has been hosting the reality show Germany’s Next Top Model since 2006. Also, she serves as the lead judge and executive producer of the show. The shows it’s in the running in season 20.

She is a Judge of America’s Got Talent

As if she’s not busy enough, she served as a judge on the popular show America’s Got Talent, joining the former Spice Girl Melanie Brown and talk show host Howard Stern for 2013 season. She worked as a judge from 2013 to 2018.

Again Heidi returned as herself on the position of judge for 2020 season on Americas’ Got Talent, joining Sofia Vergara, Simon Cowell, and Howie Mandel.

It’s no surprise that many celebrities married more than once in their life. Heidi is one of them who married not only once but three times in her life.

Currently, the former model is living a blissful married life with her third husband, Tom Kaulitz. Tom is a guitarist of a German pop-rock band, Tokio Hotel that founded in 2001. 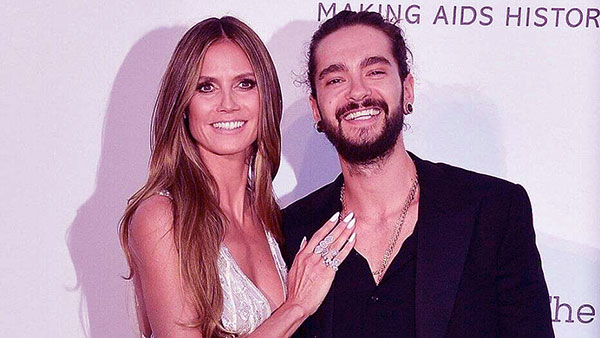 Caption: The supermodel got married for the third time with Tom Kaulitz in 2019

The couple exchanged “I Dos” in a lavish star-studded wedding in Capri, Italy. On her big day, the 46 years old Klum opted for an open-shouldered gown with voluminous sleeves, impressive embroidery, and sparkling details and a free-flowing hair.

As for the groom, Tom Kaulitz wore a cream-colored suit. Among the guest, Heidi’s four children and groom’s twins’ brother attended their wedding ceremony.

She even shared a picture of the two on Instagram with a caption that read, “We did it. Mr. & Mrs. Kaulitz” with love emoji.

You would be surprised when you heard the age of Klum’s current husband, Tom. Tom is 29 years old. It means Heidi Klum is 17 years old senior to him. In-Mid August, during their honeymoon, Heidi Klum revealed her wedding rings. She shared a photo of her simple and classic gold wedding ring on her Instagram.

However, she didn’t talk much about her relations with Tom. In May 2018, the former Victoria’s Secret model announced that she and Tokio Hotel guitarist Tom Kaulitz were a couple. Also, the two made their appearances at the Cannes Film Festival.

Prior to Tom, she was married twice, but both of her marriages lasted only for a few years. Heidi was first married to famed hairstylist Ric Pipino on September 6, 1997, when she was just 23 years. But the couple ended their marriage in divorce in 2002. However, they have no kids together. 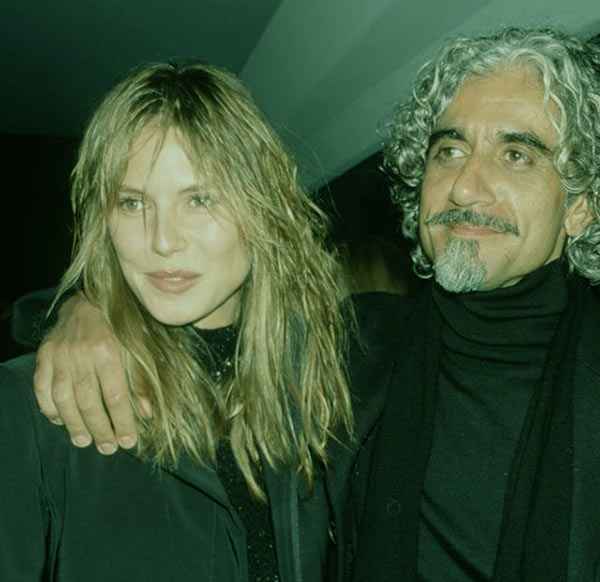 Following, she started hooking up with Italian businessman Flavio Briatore in March. After dating for about nine months, they split up. Shortly after they broke up, she announced that she was pregnant with her first child. 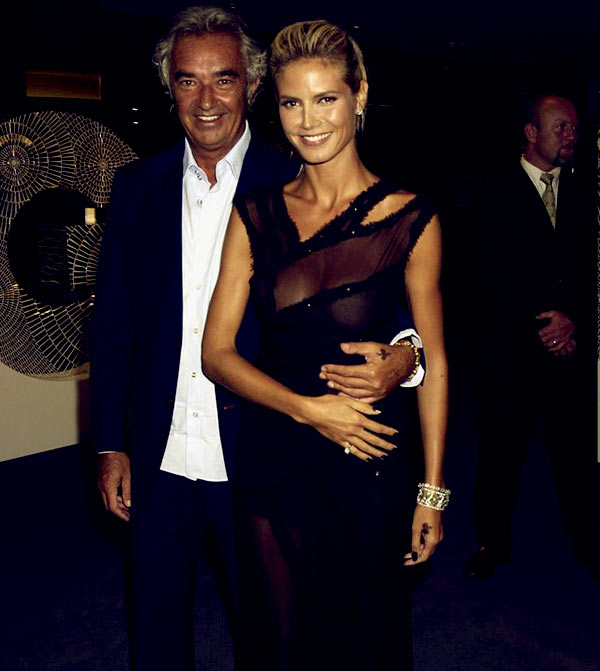 Caption: Klum had a baby with an ex-boyfriend, Flavio Briatore

Klum fell in love in love with the British singer Seal in 2004 and also announced he was the father of her daughter. After dating for months, Heidi and Seal got engaged in December 2004 in Whistler, British Columbia. 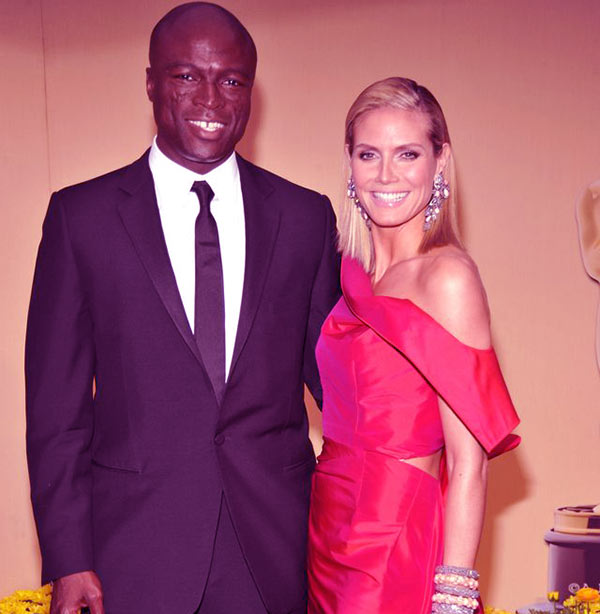 Caption: Heidi and Seal were married for seven years

On May 10, 2005, the couple walked down the aisle on a beach in Mexico. The model officially adopted the surname of Seal and became known as Mrs. Heidi Samuel.

They’re married for seven years. She filed for divorce on April 6, 2012, and their divorce became finalized on October 14, 2014. Then Klum dated her bodyguard Martin Kirsten for two years and art curator Vito Schnabel from 2014 to 2017.

Heidi is a Mother of Four Children

The Project Runway Judge got pregnant with Flavio Briatore’s child in December 2003. However, she separated from her ex-boyfriend before the birth of her daughter. She gave birth to a daughter Helene aka Leni, in May 2004 in New York City and announced that Seal is Leni’s father.

Heidi gave birth to her fourth child, a daughter, Lou, on October 9, 2009. Being a famous supermodel, she is very conscious of her children. She self-described as an overprotective mom and said she doesn’t let her kids post photos and videos where their faces are visible. Klum only posts family photos where the children’s faces are obscured. 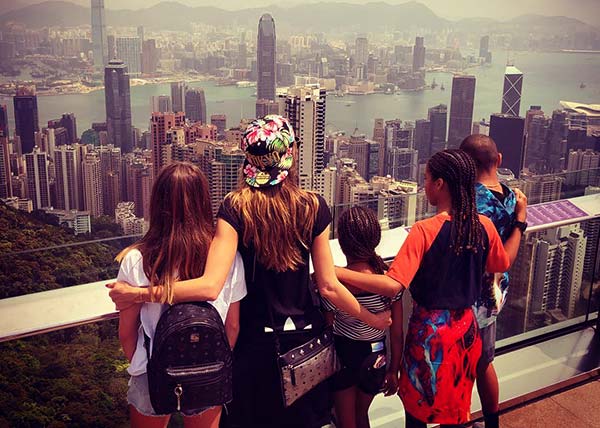 Klum is the first German model to become a Victoria’s Secret Angel. She even won a Primetime Emmy Award for Outstanding Host for a reality program. Klum makes her money from many sources. One way the model makes money form hosting and judging jobs.

In addition to modeling, she earns money as an actress and producer. She produced several shows that include Models of the Runway, After the Runway, Seriously Funny Kids, etc.

Additionally, Klum endorsed many products, including Dannon, Mattel, H&M, Hillside Candy, and more. Heidi accumulates an annual salary of $19 million and a net worth of over $90 million.

She has Her Own Fashion Lines.

Aside from her modeling career, she is a designer with her own jewelry line, a lingerie line, and a shoe line. Furthermore, Tom’s wife has a clothing line called Jordache Jeans and served as a spokesmodel for the company.