If you think that being good-looking is the only thing one needs to make it as a Travel and Lifestyle host, then think again. Being good-looking has its benefits, but it only goes so far, you ultimately need talents to get the job done. This serves true to beautiful and yet talented personalities like Abby Hornacek from Fox Nation and Fox News.

Learn more about Abby Hornacek’s life from her married life to her net worth along with all her bio in quick Wiki facts.

Abby Hornacek was born to a Basketball Legend.

Abby Hornacek is the daughter of none other than the basketball legend, Jeff Hornacek. Jeff Hornacek was a former NBA shooting guard and coach for teams like Phoenix Suns, Philadelphia 76ers and Utah Jazz. Abby Hornacek was born to Jeff and her mother on 25th April 1994 in Paradise Valley, Arizona. 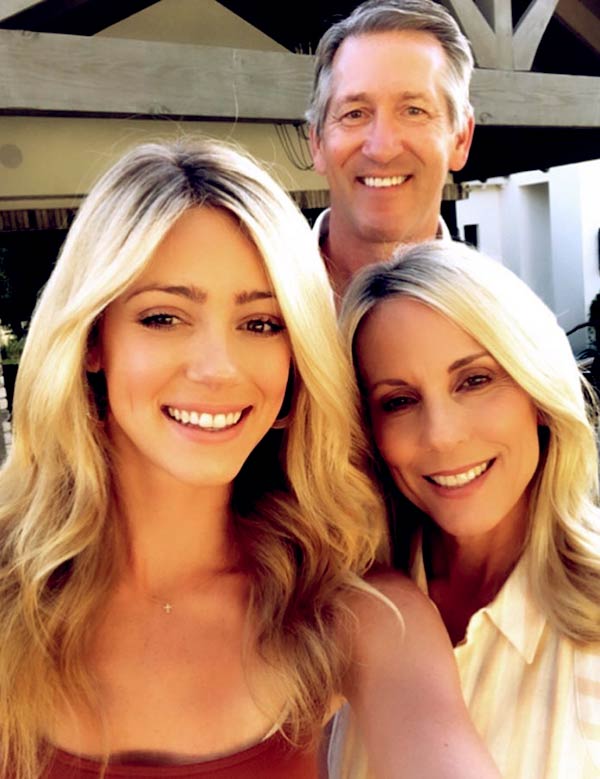 Caption: Abby Hornacek’s with her parents

Abby Hornacek was not born an only child. She is instead the youngest child with two older brothers. Growing up with two hunks for brothers isn’t easy for any girl, but it certainly makes them sturdy and competitive in the future. Her older brother, Ryan Hornacek, was born in 1989, and Tyler was born in 1990. 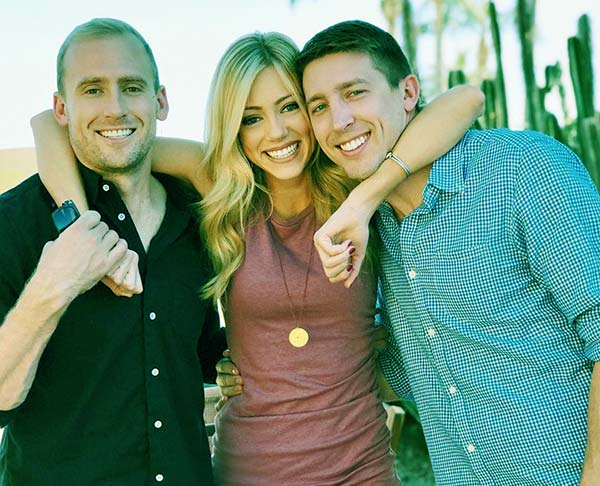 She has a great relationship with both her brothers until today. She does not just spend time with her brothers, as you can see in the picture but their families as well. Hornacek is inseparable with Ryan’s son and her nephew, 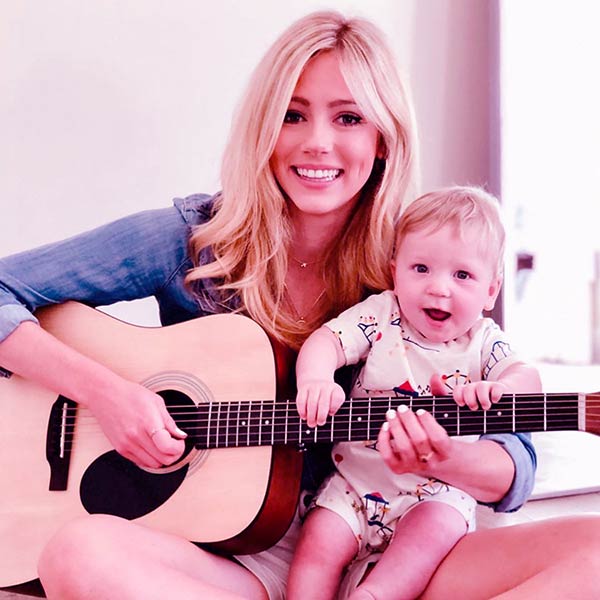 Caption: Abby Hornacek with her nephew

After graduating high school where she was a star volleyball player as well as the Miss Arizona 2014’s 3rd runner up, Abby went to the University of South California, where she graduated with a Bachelor’s Degree in Broadcast Journalism with a minor in Sports Media. She was part of the Kappa Kappa sorority in her university, along with numerous other clubs like Lambda Pi Eta National Honors Society Member, USC Phi Sigma Theta Honors Society.

Even in college, she would continue to play volleyball in college leagues. It also cost her the position of an anchor at the students-run college TV station Trojan Vision.

Abby Hornacek’s Dreamt of being an Athlete & Marine Biologist

Who among us doesn’t dream of being an athlete? However, for someone like Abby, who grew up to a Basketball legend, it must surely be a stressful dream to let go. Similarly, Abby Hornaceck also initially wanted to become a marine biologist. However, as we already know, she briefly was an anchor at her University’s TV station. So, she had the epiphany that she may not be able to play professionally, but she can certainly talk about it.

Still, Abby Hornacek gives most of the credit of her current successful career to her parents, She said, “My parents were influential in encouraging me to step out of my comfort zone and embrace the challenge of doing something I was passionate about, even if it made me uncomfortable.”

Abby Hornaceck may be more of a volleyball player, but basketball always has a special place in her heart. She is very handy in basketball as well and takes after her father in the field. She shares a lot of photos and videos on her Instagram page, mostly with her dad, as she displays impressive tricks, plays, and trick-shots using basketball.

On this episode of ‘Tales of Social Distancing’ on @foxnation, we have a ball handling competition in the driveway 🏀

As a bonus, we will reveal another favorite hobby of the Fox News host that you perhaps did not know. You may see her playing the guitar in her social media, but she is also a big fan of country music and loves playing the banjo as well.

Abby Hornacek’s Net Worth & Career is Quite Impressive

There is no need to go much in-depth Abby Hornaceck’s career, which already gives us an idea of her enormous net worth. ‘PARK’D,’ where she explores America’s various National Parks. The 26-year-old also hosts ‘Ride to Work‘ and ‘American Arenas.’ As a cherry on top of the cupcake, she was the red carpet host of Fox Nation’s Patriotism awards. 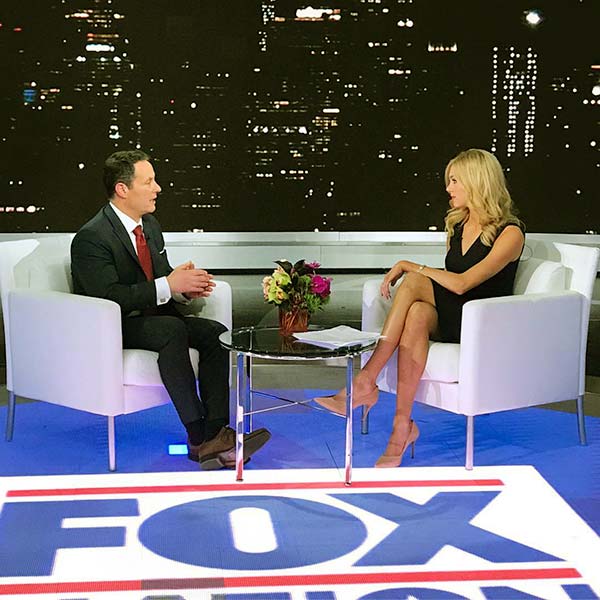 Caption: Abby Hornaceck’s Career in Fox and her net worth

On top of being hosting travel and lifestyle or interview shows, she was also the sideline sports journalist for Fox Nation and prior also a sports contributor at ESPN. Due to such career highlights, Abby Hornacek’s net worth can be estimated to be anywhere from $100,000 to $500,000. Her young age and early days in the career is what makes determining her net worth so tricky.

What Happened to Abby Hornacek’s Eye? Her Body Measurements

The Fox Nation host has some great fans because, apparently, they took notice of something that even we did not know. Fans were swarming with queries about something happening to Abby Hornacek’s eye. Many were not wrong to have worries about Abby Hornacek’s eye injury, as it turns out that she did have a minor accident.

By minor accident we mean like all of us, Abby too was clumsy when opening a door and just hit herself with the door right over her right eye. She then went to Twitter, laughing rather than crying with a clear visible but small cut on her eyebrow. We love her even more after seeing this clumsy side of her.

Hi, I’m Abby and I’m a bull in a china shop pic.twitter.com/zS4BNaqwEL

Moreover, we have reports that Abby Hornacek wears some green contact lens in her eye if you were interested in that. There are also reports that she had an eye injury after volleyball hit her in high school. The reports also suggest that it took her two painful surgeries to recover, and it ended her volleyball career. However, we know that she was playing volleyball until college, so we don’t know if these reports are credible.

Abby Hornacek is Single, but Does She Have a Mystery Boyfriend?

Finally, all you need to know about Abby Hornacek is out there, but her marriage and dating life. She is undoubtedly not married; otherwise, we would have been aware of her married life and husband. She is way too young for all that if you ask us. Abby Hornacek has not come forth with any signs that she is in the dating game also. We certainly have not caught her with any possible suitors who could claim the role of her boyfriend.

Do keep up with us for more information about Abby Hornacek. We will undoubtedly continue keeping tabs on the young lady and update her knowledge in the future. 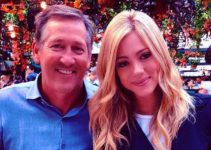