Being a journalist is tough. You have to cover the news of the different cities and countries and work 24/7 days a week through the various channels around the world. An American news anchor and Travel journalist Abby Hornacek is widely popular as the daughter of former NBA player turned coach Jeff Hornacek.

Abby is best known for the Fox Nation’s PARK’D. What is her current relationship status? Here what you need to know everything about Abby Hornacek.

Abby Hornacek is the Daughter of Jeff Hornacek

Abby was born to American parents, Jeff Hornancek and Stacy Hornacek on April 25, 1994, in Paradise Valley, Arizona, USA. Most of her childhood detail is missing. She has two brothers, Ryan and Tyler. 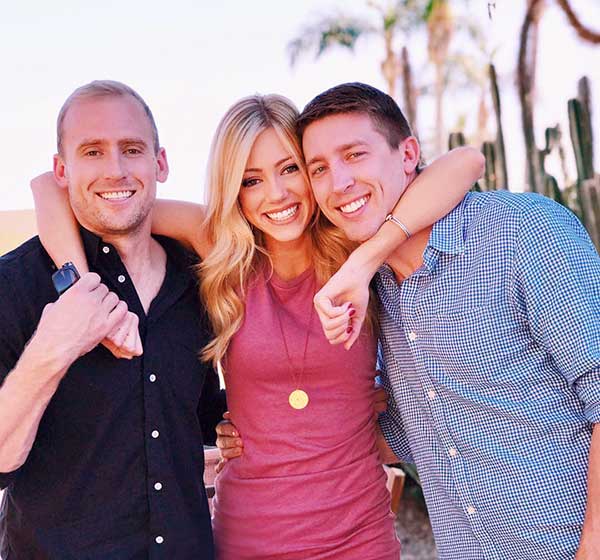 Caption: Abby with her two brothers

One thing she loves is playing volleyball. Abby was a star volleyball player during high school. Also, she is the third runner up for Miss Arizona.

Later she admitted to the University of Southern California, from where she graduated in journalism. Also, she is a member of Kappa Kappa Gamma Sorority. Abby majored in Broadcast Journalism and minored in Sports Media.

After graduation, she began her career, working as a journalist at Anneberg TV and also was anchored and Producer at Trojan Vision Television. After that, Abby appointed by the Fox Nation and serves as a host. 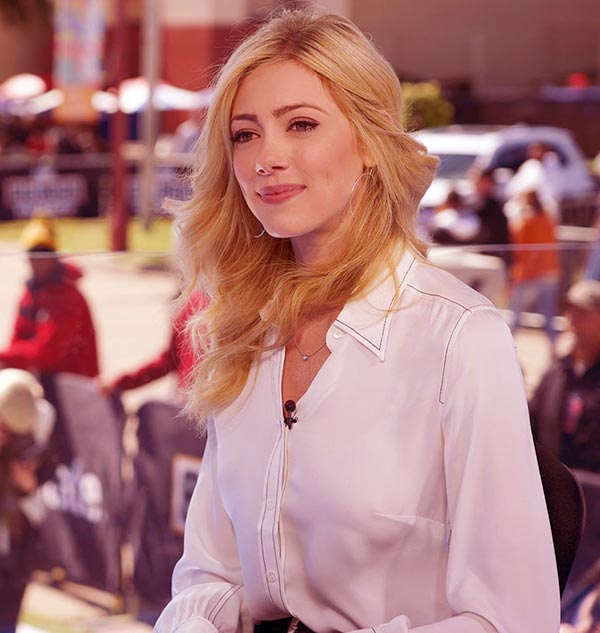 She hosts Fox Nation’s show, such as PARK’D, Ride to Work, and American Arenas. Also, she joined the subscription service in 2018.

Aside from that, Abby is a travel and lifestyle host. The anchor took fans behind the scenes of the United States national parks and showed the nation’s most captivating landmarks.

In addition, Hornacek hosted the red carpet at the Fox Nation Patriot Awards. Before joining the Fox Nation, Abby worked at Fox Sports San Diego from 2014 to 2016. Abby was an NBA Summer League Correspondent and Sports Reporter for NBA.

The media personality host numerous programs. She is an avid volleyball player ad played for the high achoo; While she was playing volleyball, the ball hit on her face and smashed. Reportedly, the incident took her eye a painful surgery. After the event, she stopped playing volleyball and chose a journalist as a career.

Nonetheless, the journalist has a pair of beautiful sparkling eyes. If you go through her pictures on her social profiles, her eyes are the first you will notice.

The Fix Nation hots makes a pretty good income, which helps to increase her net worth. She earns thousands of dollars form her profession in a year. So, how much is her salary? Well, the salary of Abby is still under review.

Abby Hornacek’s net worth as of present is approximately $500,000. Aside from that, there is no other source of income. On the other side, her father’s net worth is $8 million.

The world his having a hard time due to pandemic coronavirus. The anchor also involved in charitable works. She launched a new campaign called “Bring The Blood.” Through the campaign, she encourages people to address the blood shortage by donating their own.

Does Abby Have a Boyfriend?

Talking about her persona life, it seems like Abby has no plan of getting married anytime soon. She is single and not dating anyone right now. However, she doesn’t hesitate to talk about relationship status with her fans.

Currently, Hornacek is focusing on her career rather than falling in love with a guy. She has many male pals, but she is close to her friend named Anthony Neyer. The two even hang out together and often posts pictures on her Instagram.

Many people were confused if they’re a couple or just good friends. Well, let you know that Abby and Anthony are good friends. Besides that, there is nothing between two. If she is dating anyone, then we’ll let you know. For that, you have to keep visiting our site.

How Tall is Abby Hornacek?

Abby Hornacek has maintained her body figure very well. The blonde beauty has a height of 5 feet 8 inches and weighs around 60 kg. Additionally, her body statistics are not available.

Abby is an Animal Lover

Abby loves dogs so much. She even has a dog named Finnegan. When not working, the anchor enjoys time with her two brothers, and party with her friends and family.

The blonde beauty uses all social media platforms such as Twitter, Instagram, and Facebook. Through her social profile, she updates about her latest work and also shares pictures of herself. She is the host of National Parks, Sports, Lifestyle on Fox Nation. Also, she runs a podcast, “Getting Schooled.”