It takes years of experience to be a good lawyer but years of experience, intuition, and psychology to be a judge. Think of the additional pressure one has to face when they represent being a judge on National TV. With the beloved ‘Judge Judy’ show officially retiring, we thought it would be fun to talk about one of the similar and equally entertaining shows, ‘Divorce Court.’

We will not mainly be talking about Divorce Court’s Star Judge, Lynn Toler. Aren’t you more curious to see her married life? Well, we are, and we want to do that by meeting her husband, Eric Mumford. See what the married life of the one who ends that of others is like.

How Long Have Been Eric Mumford and Lynn Toler Together?

Eric Mumford is known as the husband of Lynn Toler. Eric and Lynn got married on April 6, 1989, in the presence of his family, relatives and close friends. The pair has been together for more than three decades. 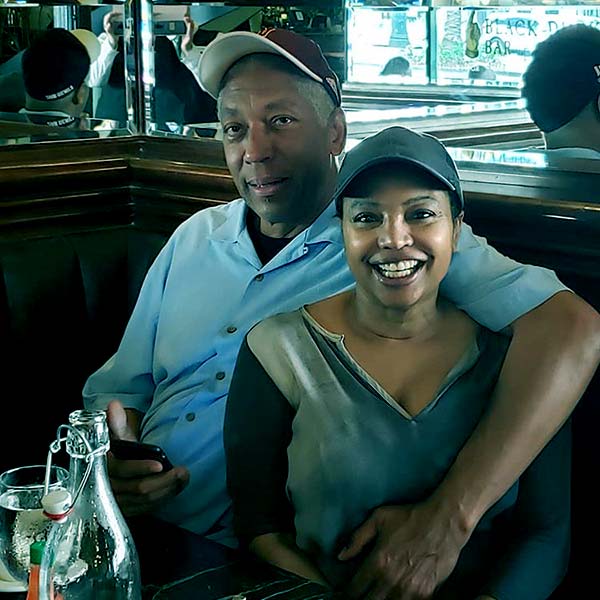 Back in April 2019, his wife Lynn shared a picture of the two on Instagram, stating, the day, they tied the knot. That photo was taken 14 years ago.

30 years ago TODAY BigE and I got married. This is a picture of us some 14 years ago or so. Why is this particular picture important? It was taken while we were deeply dissatisfied with one another … for about 3 years. Why would I share a picture from then? Because how you handle that is a huge part of being able to take the entire #marital ride. You have to keep your stuff in house. No sharing on social media. You have to be able to put down the issues from time to time so you can still enjoy one another even while the other is working your last nerve!😁 And at some point you have to step off your current level of irritation so you can figure out the underlying issue. I know. This sounds like an oddly practical post for such a monumental moment. But we're not celebratory people. Instagram -wise my life is pretty much a snooze. (According to my sister my entire personal life is a sleeper 😂 …) and she's not together wrong. Slow and uneventful… that's how I like it. I'm not even sure I know that chick who shows up to #DivorceCourt. 😂😂😂 But she's paying the bills so I let her do her thing. #relationshipgoals #relationships #love #life #family #marriage #husband #wife and the #couple you become when you've lived together more than half your life and got the nerve to still like each other. #couplesgoals

Eric’s wife calls him BigE. Mumford is eight years senior to her. During their relationship, they face many ups and downs. However, they fight together to be with each other. There was a time, they were not completed dissatisfied with each other for three years, but they managed their marriage.

The duo loves to spend time together when they are not working. Additionally, they go on a trip or vacation to exotic places. BigE’s wife posted a photo of them ob December 24, 2019, and captioned it,

Me and the ever elusive BigE… #family went out for dinner last night. I could not get authorization from the boys to post any pictures with them but BigE came through! #love #relationships #relationshipgoals. Everybody gives a little. I hope you and your family are having a great #holiday!🎄

Eric Mumford is a Father of Six Children

Eric Mumford shared two sons with now-wife Lynn Toler and four sons born from his previous relationship. However, nothing is revealed about his earlier related to the media. 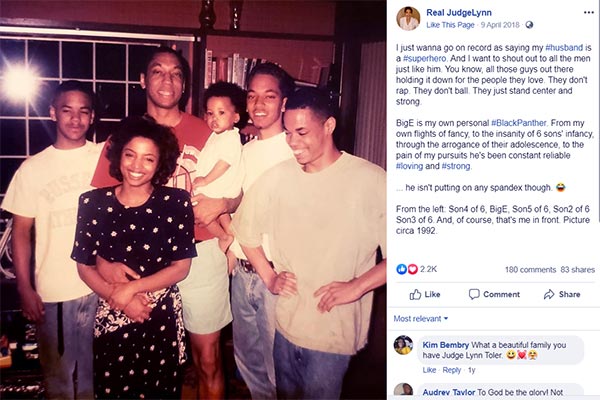 Caption: Eric Mumford with his wife Judge Lynn Toler and with their kids

Eric’s wife became pregnant with their first child at the age of 32, and he was 40 at the time. However, their oldest son, Xavier Mumford, 27, was born in 1993.

Me and BigE on the day I found out I was pregnant. I was 32. It was my first and I was excited. He was 40. It was his fifth. He was … well, on board. 😂 I was barely ready even at that age. #Motherhood calls for all kinds of #adulting I had yet to master. #Mommy sounds so soft but you have to have nerves of steel. Sometimes I see #Mothersday as a celebration of the fact that all my boys have been teenagers and I haven’t choked out nary a one of them! #Relationships #relationshipgoals: everybody survives!

The youngest, William, was born in 1996, who is now 24. Lynn Toler, who instead of naming her younger sons, simply mentions them as Son5 and Son6. In the below post, Lynn shared a photo on social media where she is holding her youngest son, and he looks so cute.

#waybackwednesday This is me and Son6 of 6 some 23 years ago. Don’t have many current snaps of him cause my #men hate social media. When I did my first show, Power of Attorney, I was living in Cleveland and left home 6 weeks here and there through out the year to tape in LA. Son6of6 did not find that to his liking. He was, as it happens, 6 years old at the time. I showed him the show’s website so he’d know what I was doing while I was gone hoping that would make him feel included. His response: “I think you look like a #clown and I hope you get fired! “. 😂😂😂 BigE and I howled! He didn’t care what I was doing while I was gone all he knew was #mom was not here and he didn’t like it. Additionally, like his father and all his brothers, he hates #makeup … hence the clown comment. #momlife Good thing babies are so cute cause they will work you as they grow. Happy Wednesday!

Eric’s Wife is a Lawyer & Judge

Mumford’s spouse, Lynn Toler, is a professional lawyer, judge as well as arbitrator in the television court series, ‘Divorce Court.’ Before appearing on the television shows, she worked as a judge in Cleveland. 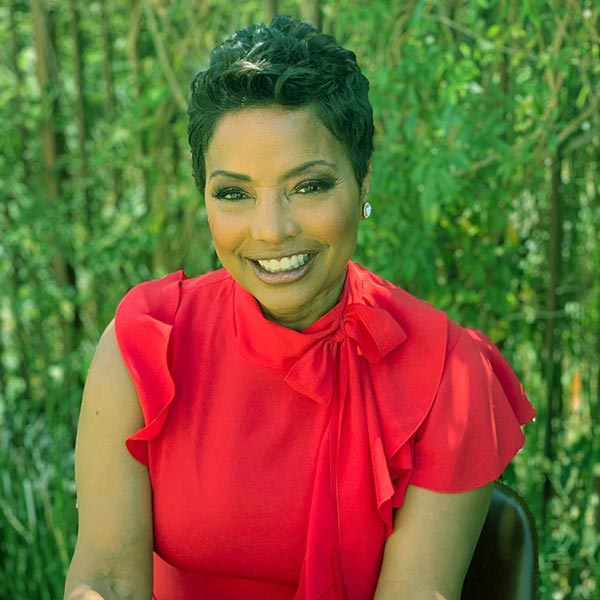 Judge Lynn was born in 1959, October 25 that makes her age about 60 now. She studied at Harvard University and The University of Pennsylvania Law School. Then Lynn began practicing law Cleveland in 1984.

Currently, Toler is the host of the nationally syndicated television show, Divorce Court. Also, she co-hosts We TV’s Marriage Bootcamp. In addition to her career, she is the author of three books; My Mother’s Rules, Making Marriage Work, and Put It in Writing.

Furthermore, she has appeared as a legal and relationship expert on a variety of shows such as The Bill O’Reilly Show, CBS Morning Show, The Wendy Williams Show, and so on.

What is the Net Worth of Eric Mumford?

Eric is living a marvelous life without being famous as his wife. However, we didn’t find about his career, but some sources claimed that he is an author. However, we are unable to find his published work related to his writing career. So. it’s hard to estimate his net worth.

Judge Lynn Toler, on the other hand, has an incredible net worth of $20 million. As a judge, Toler makes a whopping salary of $5 million per year. Also, she earns six-figure of salary from the reality show, Divorce Court.

How old is Eric?

Eric Mumford is eight years older than his wife, Lynn Toler. He was born in 1952, which makes his age about 68, but the birth month and date remain unrevealed. Additionally, BigE lives in Mesa, Arizona, that worth millions.

Eric is not Active Social Media

Mumford loves to live an ordinary person, whereas Lynn loves sharing her personal and professional life with her fans. As you know, Eric is very secretive, so if you are looking on social networking sites, then sorry to say he doesn’t have social accounts.

Old Post. Current #mood. Don't let anybody mess up your day especially when that anybody is you. #selflove: It's not just about loving who you are. It's about being so comfortable with yourself that you can be #honest about where you're weak, odd or otherwise off and it doesn't negatively effect your #selfesteem. I ride my issues so hard that when they show they don't stay long because I'm all about whooping that weak.