Celebrities try as may, are not able to confine their private lives from the media completely. It is especially hard when an A-lister celebrity is in a relationship with another A-lister celebrity. The odds become greater when the celebrity couple becomes one of the biggest power couples that fans adore. We are talking about the beautiful actress Mila Kunis and the handsome actor Ashton Kutcher.

The media on all platforms can’t stop gushing about how lifelong friends started dating, got married, and now have a son together. Speaking of their son, do you know Dimitri Portwood Kutcher? You must; he is one of the most adorable celebrity children we know after all. Check out everything about Kutcher and Kunis’s son, Dimitri, here.

Dimitri already became a celebrity when he was in his mother, Mila Kunis’s womb. He was born on November 30, 2016, to Ashton Kutcher and Mila Kunis in Cedars-Sinai Medical Center in Los Angeles. He turned three in 2019 and stole the heart of many people with his cuteness. 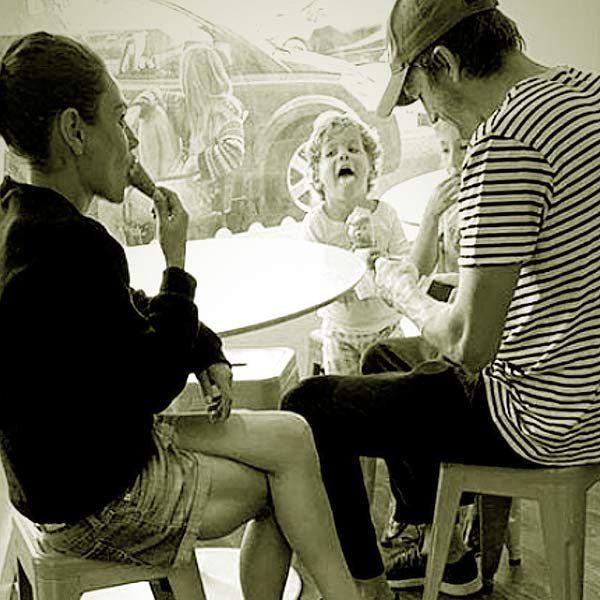 Dimitri’s parents met on the set of That 70s Show and started dating in half of 2012 and eventually took their relationship to the next level after being together for almost two years. Ashton put a ring on Mila’s finger and walked down the aisle in July 2015.

About three years, little Dimitri wore a t-shirt with a pic of his mom and dad from their iconic ‘The 70s Show’ printed on it that reads, “Hello Wisconsin.” His father shared a photo of his son wearing a white tee on his social media, using the hashtag #kelsoAndJackieForever.

Dimitri has an Older Sibling

Dimitri Portwood has an older sister named Wyatt Isabelle Kutcher, born in October 2014. His sister is two years older than him. 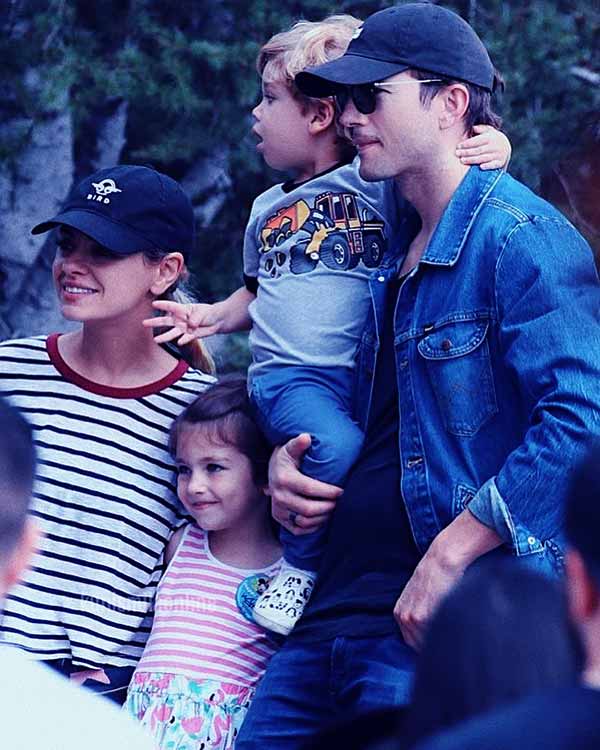 Caption: Dimitri having a great time with his parents and sister Wyatt

His parents both kept them away from the limelight, so they don’t have to face internet troll. Also, Kunis and Kutcher never allow taking the photo of their children during the events or any functions.

Cute Dimitri and his family got together on September 28, 2019, for a visit to Disneyland in California. The family of four spent time in Disneyland but didn’t post any image of their kids.

Dimitri has an absolute blast with his famous parents. His parents took a selfie standing in front of Disneyland. Fans love to see these two parents are making time for their kids from their hectic schedules. Take a look at the below post.

Magical weekend @disneyland An imagination tinderbox. That Walt guy had a vision.

Ashton Kutcher has come along way to stand where he is now. He began his acting career, playing the role of Michael Kelso in Fox’s sitcom That 70s Show in 1998. 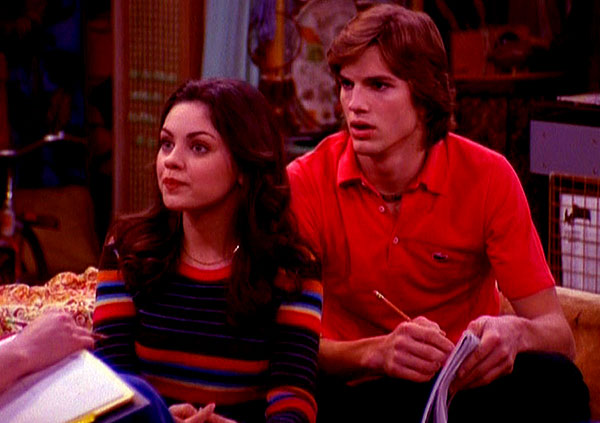 Caption: Dimitri was having a great time with his sister, Wyatt, and parents

Ashton played opposite Mila Kunis, who played the role of Jackie Burkart in the Series. The sitcom focused on the lives of six teenage friends living in fictional Point Place, Wisconsin. They both were in a relationship in the first half of the Series. But their relationship ends when Laurie reveals she and Kelso were a couple.

Later, he made his debut on the big screen where he portrayed the character of Louie in the 1999 film, Coming Soon.

Actress Kunis had chronic iritis. Golden Globe nominee Mila revealed in the February of Cosmopolitan magazine that she had undergone a couple of eye surgeries. Mila told the magazine she was blind in one eye for many years, and no one knew it. Now, she is not blind anymore. 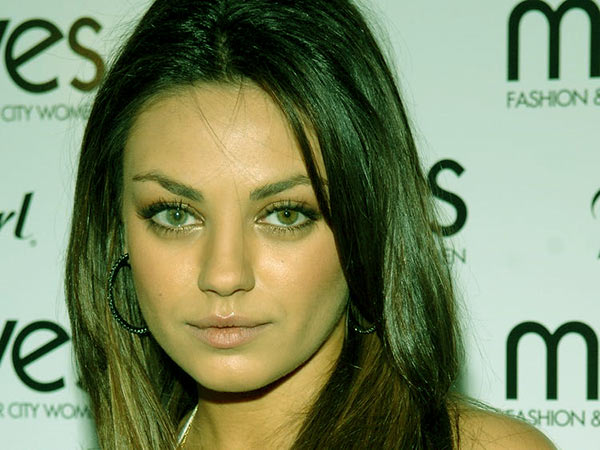 Another fact is, Mila Kunis has heterochromia iridium, a condition, one iris is different from others. You may have noticed the Friend With Benefits actress’s perfect eyebrows, but her differing eye colors are harder to spot. Mila’s left eye is brown while her right eye is green.

The little yellow blonde is the grandson of Diane Finnegan and Larry M. Hutcher, and Mark and Elvira Kunis. His mother’s parents immigrated from Ukraine to Los Angeles, the US when Mila was seven.

Moreover, Portwood’s grandfather, Mark, was is a mechanical engineer while his grandmother, Elvira, is a physics teacher. On the other side, Dimitri’s grandpa, Larry, worked as a factory worker whereas, his grandma, Diane, was an employee at The Procter & Gamble Company.

How Much is Dimitri Portwood Net Worth?

Dimitri is too young to do the job and makes a fortune for himself. However, the three years old junior Ashton enjoys a massive worth earned by his parents.

Kutcher’s father, Ashton, is one of the prominent actors in Hollywood who has made his name and earns incredible money from his appearance in the small and big screens.

It seems that Ashton Kutcher and Mila Kunis have already planned to leave their children plenty of wealth, so they invested it in the near future.

His Parents Bought a House Outside of Santa Barbara

That 70s Show co-star. Ashton and Mila spent $10 million of big buck for a beachfront vacation home in Carpinteria, California. The house is located outside Santa Barbara that lies in a 3,100 square-foot, surrounded by sand and water on all sides. 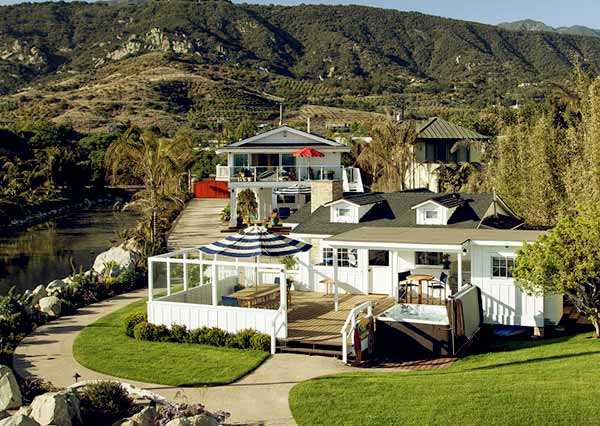 The home features six bedrooms and six bathrooms, which is enough for them. Also, it has a fireplace in the living room, a breakfast nook, and a hot tub. The beach home is just a short drive from Beverly Hills.

Does He Have Social Media?

Dimitri is not on social networking sites, as well as his mother. Their many social profiles in the name of Mila Kunis but her own official account. However, you can check out Dimitri’s father, Ashton Kutcher, on social media such as Twitter, Facebook, and Instagram by the name “@plusk,” where he has millions of followers.

My love and I gave @datenightvip a trial run. I think you are in for something special! We have a few openings tonight and tomorrow night in LA. Link in bio.

Although Ashton Kutcher shares a very minimal post of their children on his profiles, it seems he wants to keep his children out of the public eye. Dimitri is a child and steadily growing up. But one day, he will rule in Hollywood and become an actor like his father and millions of net worth, so he has never to worry about anything else.