With a net worth of $650 million, Howard Stern is not only famous but also rich. Howard is one of the biggest radio DJ’s of all time. He has been the inspiration for many people who have struggled so hard to make their name in the media.

Fame and fortune aren’t the only things people search for. They get married and have children and live happily together after. But marriage doesn’t guarantee that the couple will be together until their last breath.

Howard has three daughters from his first marriage and has been taking care since them.

Deborah Jennifer is the Daughter of Howard Stern and Alison Bern

Debra Jennifer Stern was born on May 9, 1986, in New York, United States. She is the second daughter of the former couple Howard Stern and Alison Berns. As of now, she is 33 years old. 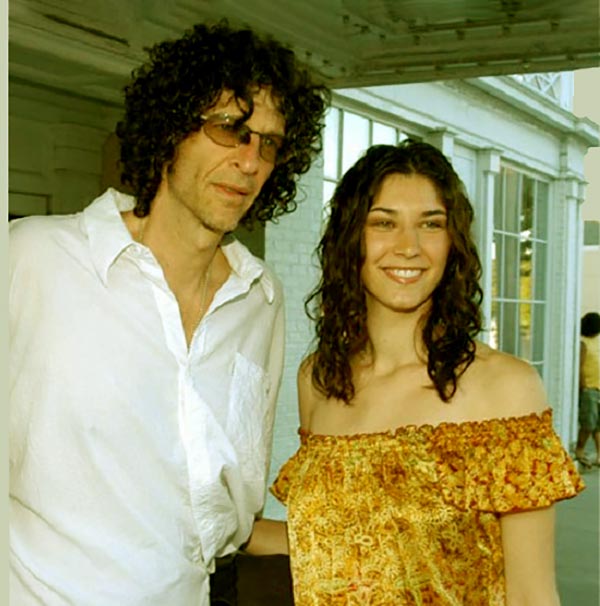 After high school graduation, she enrolled at the University of Chicago and got a degree in humanitarian services as well as in MAT. Getting a degree wasn’t enough for her, so, she decided to get a P.H.D. in Reading, Writing, and Literacy from the University of Pennsylvania.

Debra has ab older sister named Emily Beth and a younger sister, Ashley Jabe Stern. Her older sister follows her dad’s footsteps and takes on the entertainment career. Furthermore, Emily is an actress, singer, and artist. 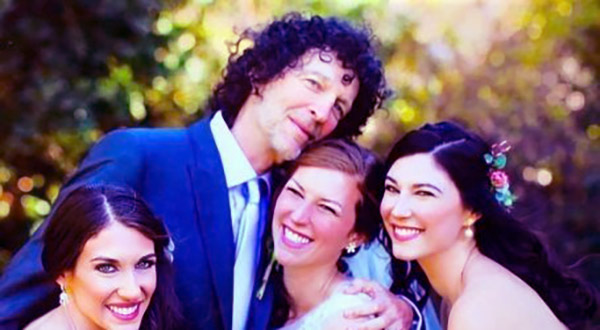 Caption: Debra with her two sisters and father

On the other hand, his younger sister Ashley Jade keeps a low-profile, nor is she online on any social media platform. Though Asley has a strong bond between her father and mother. Regardless, she is fortunate to have sisters. Also, Emily is a religious person. She embraced Orthodox Judaism in the mid-2000s.

The 33 years old tied the knot with her long boyfriend, Collin Christy. They have been dating for years before getting married. The wedding ceremony was held on October 8, 2016, in California.

Collin and Debra have been married for more almost four years, and their relationship is going stronger and stronger. She has kept her married life away from the media. Further, they didn’t spot on different vocational, locations, and press conferences.

Debra’s husband, Collin, is the founder of Hapa Inaba Designs and also owns a Geographical Expeditions.

Why did Debra’s Parent Divorce?

Deborah Jennifer’s mom and dad ended their married life after being together for more than two decades. Howard and Alison were college sweethearts. They met at Boston University through a mutual friend. After a week, the two began dating and got married at Temple Ohabei Shalom in Brookline, Massachusetts, on June 4, 1978.

Her parents separated when she was 13 years old. Stern moved from the home he shared with his wife, Berns, in Old Westbury, New York. In 2001, Howard Stern and Alison Berms ended their marriage with an amicable divorce and settlement.

Since 2008, Howard Stern has been in a relationship with Beth Ostrosky Stern, whereas Alison Bern married David Scott Simon. 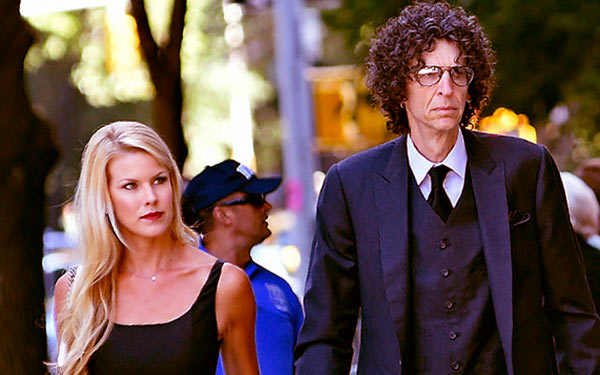 How Much is Debra Stern’s Net Worth?

Jennifer makes pretty good money from her career. Well, she has not mentioned her actual net worth publicly. However, some sites claimed that Debra’s estimated net worth is said to be approximately $5 million.

Further, she is the owner of Deborah Jennifer Partners. Through her business ventures, she makes between $600,000 to $900,000 per year. Also, she is eligible enough to have a luxurious life.

Like her older sister, she is s part of the entertainment industry. Debra made her appearance on a few televisions shows. She appeared in an episode of Parker Lewis Can’t Lose. Not only on TV, but she also played some minor roles in the movies, including The Boys, Nudist Colony of the Dead, and Wide Awake, through which she earned thousands of dollars.

Sterns are very business-minded. Like her father, she is a businesswoman. Debra followed the footsteps of her father and decided to established her own business. She founded the Debroah Jennifer Partners, a brand consultancy firm. Now, she’s focusing on expanding her business.

Jennifer is not an active user of social networking sites such as Twitter, Facebook, and Instagram. If you search for pictures of her, then you will find that the options are limited. There are only a few pictures are available because she keeps her personal life private. Similarly, her sister Ashley Jade not appears on any social networking sites.