Ric Flair is the professional wrestling manager and former pro-wrestler of all time. In his 40 years of career, he held the title of heavyweight champion for 16th times. Ric has four children and at least one grandchild.

Here’s you need to know everything about Ric Flair’s daughter, Megan Fliehr.

Ric Flair is the father of four children born from his first and second wives. Megan was born to parents Ric and Leslie Goodman in the 1970s, but her birthdate and year have not revealed to the public yet. So, we aren’t sure about her age. Looking at her pictures, she must be in her 40s.

However, on 6 January 2015, her father wished a warm birthday to Megan via his Facebook. Flair captioned the photo with a sweet birthday text that reads,

“Happy Birthday Megan! My beautiful daughter. You have fulfilled every father’s dream. Beautiful inside and out, a great mother and wife !! Successful in every phase of life you venture into. I’m so proud and love you so much …. Dad” 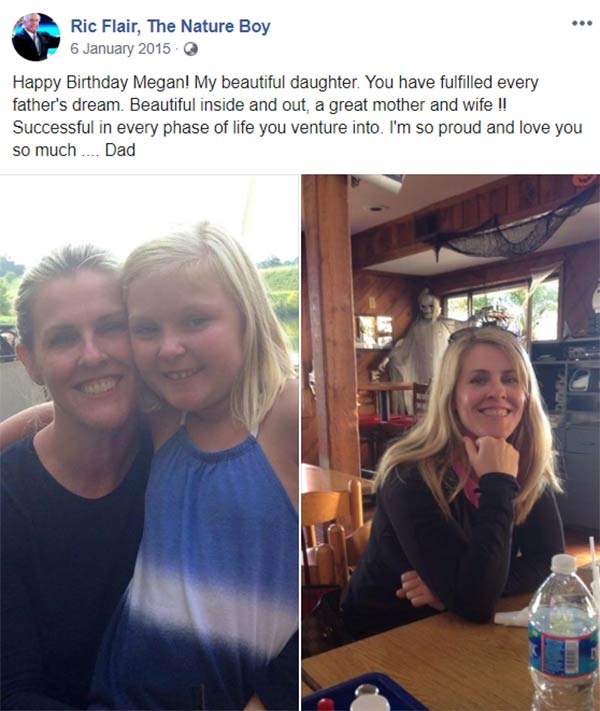 Although Megan’s father and her three siblings tent to go their last name as “Flair” while she has held onto “Fliehr.” It seems she isn’t involved in pro wrestling. Thus, she doesn’t concern herself with a stage name, “Flair,” after her name.

Megan Fliehr has a biological brother named David Richard Fliehr, better known by his ring name, David Flair. He is a retired professional wrestler and now works in law enforcement.

Megan’s half-sister, Charlotte, is a professional wrestler. Although her birth name is Ashley Elizabeth Fliehr, she is a succesful wrestler and has won eight times WWE Women’s Champion. 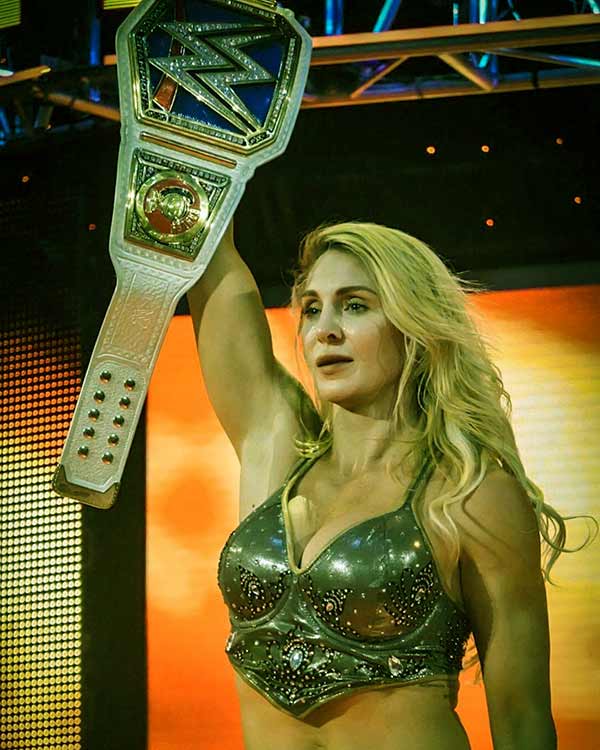 In addition to Charlotte’s career, she is an author as well as an actress. Charlotte married twice in her life. She first married Riki Johnson in 2010 and got divorced in 2013. Later, Ashley married fellow wrestler Bram in 2013, but unfortunately, it lasted until 2015. According to her Instagram, Charlotte appears to be dating a wrestler, Andrade.

Megan has another half brother, Reid, who died in 2013.

Like her other siblings, Reid Flair earned his name by himself in the wrestling world. Reid was a professional wrestler at the time of his death in the year 2013.

According to The Charlotte Observer, Reid died of a drug overdose in 2013. Two weeks before his death, Reid joined All Japan Pro Wrestling and made his debut in 2013. 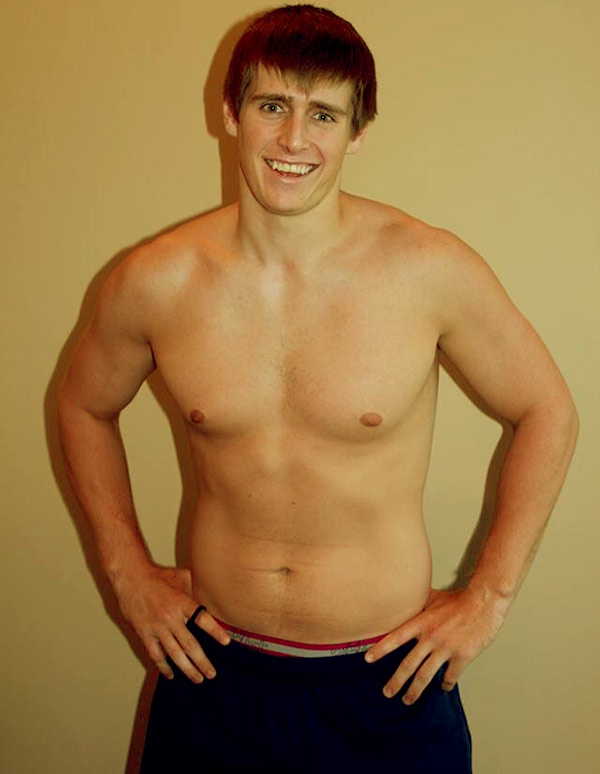 Caption: Megan half-younger brother Reid who died at the age of 25

Ric Flair told WBTV, “Today is a very tough day for my family and me.” he added, he loved his son so much.

Ric’s daughter Megan finally finds her love after divorce from her ex-husband. She walked down the aisle with Cornard Thompson, a wrestler commentator in October 2018.

The wrestling legend announced daughter Megan got married to his pal, Cornard Thompson, through social media and also congratulated them back in 2018. See the below tweet:

Congratulations to @HeyHeyItsConrad & Megan Fliehr on getting married. Conrad is one of the best people in the podcast space and I’m overjoyed for his personal and professional happiness. Also, how crazy is it for a diehard wrestling to grow up and become Ric Flair’s son-in-law?

Cornard us a mortgage broker as well as a professional wrestling podcast host. He co-hosts the podcast Something to Wrestle with Bruce Prichard, 83 Weeks, Grilling JR, and WHW Monday.

On 16 January 2018, Ric took to Instagram and announced that his daughter engaged to his good friend, Cornard.

I Want to Announce The Engagement of My Beautiful Daughter Megan to My Good Friend Conrad Thompson! My Heart is Full of Love and Happiness for Both of You! So Proud and Honored to Walk My Little Girl Down The Aisle ❤

Ric’s oldest daughter is living a happily married life with her husband, Cornard. Cornard is a fun-loving and romantic person. On 14 February, he posted a photo of their wedding on which Megan wore a white gorgeous wedding gown whereas, Thompson wore a black suit.

He wrote on the caption simply,

But on the 14th Feb of this year (2020) he didn’t post any picture. Anyways let’s Hope the couple celebrates this valentine like they have never before and exchange the love and promises to each other.

Well, it seems like Megan and Cornard Thompson are planning to expand their family, but not very soon. She has a daughter named Morgan lee Ketzner, born in 2004, from her previous marriage to Robert Ketzner.

Morgan is the first grandchild of Ric Flair. Additionally, Cornard is a stepfather of Megan’s daughter. Ric’s granddaughter is now 16 years old. She even featured on her grandfather’s and stepfather’s social media.

Cornard calls Morgan as “Lil Baby.” Currently, the family of three lives in Hunstlive, Alabama. He shared a picture of his stepdaughter, carrying a dog on his Instagram.

Lil Baby on the beat.

A post shared by Conrad Thompson (@heyheyitsconradthompson) on Nov 3, 2019 at 4:36pm PST

Many of you would be surprised after you heard, WWE legend Ric Flair has been married five times in his life. Ric, 70, first marriage was Leslie Goodman. They were married in 1971 and ended it in divorce in 1983.

Later, he wedded second wife Elizabeth Harrell with whom he shared two children, Ashley and Reid. Ric and Elizabeth were married from 1983 to 2006, which his longest marriage. They were together for nearly 23 years.

Net, Flair tied the knot to third wife Tiffany VanDenark, a fitness competitor in 2006. Like his previous marriage, this didn’t last long and divorced after two years.

Following the year, the retired wrestler walked down the aisle with fourth wife, Jacqueline Beems, aka Jackie in Charlotte, North Carolina. They separated in 2012, and the divorce became finalized in 2014.

For the fifth time, Flair exchanged the vows with Wendy Barlow, who is also known as “Fifi the Maid” on 12 September 2018 in Florida. 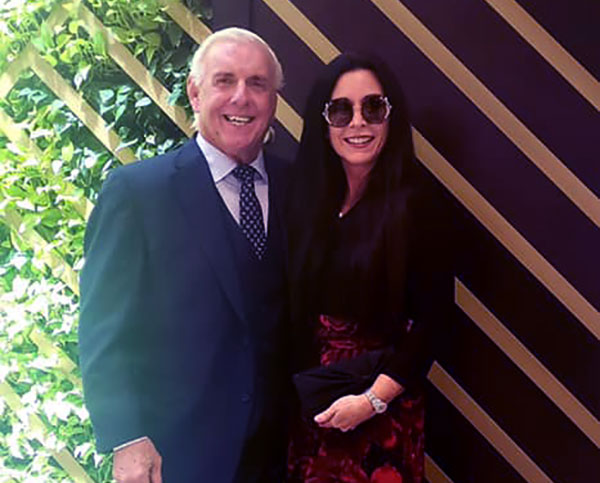 How Much is Megan’s Net Worth?

Megan is enjoying millions of net worth that earned by her husband, Cornard. However, the info of her career background is not known, so it’s hard to predict her actual salary and net worth. We can say that she is a housewife and spending her time as much as with her family and kids.

Apart, Thompson makes a significant salary from the podcast he hosts. In addition, he is a mortgage broker and operates his mortgage company, ‘SAVE WITH CONARD.com.’ Also, he loves spending his money buying luxurious cars and properties. He has a fleet of Rolls Royce.

Fliehr is not Active in Social Media

Megan has not any social accounts, but you can follow her husband on social networking sites that go under the name “@HeyHeyItsConrad” on Twitter and “@heyheyitsconradthompson” on Instagram.

On his social accounts bio, he states, “I help folks become hometown and get out of debt @savewithconrad.” Also, he added some of his current projects.