The heart wants what it wants. If two people love each other honestly, then nothing can stop them from being together, not even age. Many couples fall in love and get married despite the considerable age difference.

It sounds weird, but some couples in Hollywood wedded to their older and younger partner and living happily together. Among those, Clytie Lane and Nick Nolte are one of the couples who have about thirty years of the age gap between them. Today, we are going to talk about Nick Nolte’s current wife, Clytie Lane.

Clytie Lane is the Fourth Wife of Nick Nolte

After dating for more than a decade, Clytie Lane and Nick Nolte tied the knot on September 8, 2016, in front of their family and friends. At the time, the couple’s daughter also attended their marriage.

No one knows how, when, and where you fall in love, and she or he becomes one of the most essential of your life. Similarly, Clytie met in the 1990s. Eventually, the two started dating and ended up in marriage. 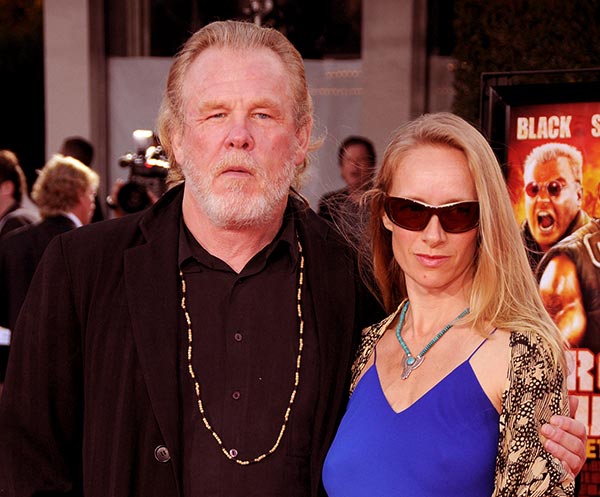 Neither Clytie nor Nick talked about their relationship to the public. While Nick is very open to his profession, but when it comes to his private life, he just zipped his mouth. To date, Clytie and Nick both are living together, and there are no rumors of their divorce.

Before marrying Clytie, Nick dated two American celebrities; Debra Winger and Vicki Lewis. Nick was in a relationship with actress, Winger for some time. The two starred in the 1990s thriller movie Everybody Wins.

After that, he started hooking up with his co-star Vicki Lewis whom he met on the set of I’ll Do Anything in the early 1990s. In the movie, Nick played the lead role while Millie supporting role. They were together for years, and unfortunately, the couple split up due to some personal issues. However, none of them talked about their separation to date.

The veteran actor, 79, was married thrice before tying the knot to Clytie. Nick was first married to Sheila Page. Sheila and Nick were married in 1966 and got divorced in 1970. After seven years, the 48 hours star wedded his second wife, Sharyn Haddad, in 1978. 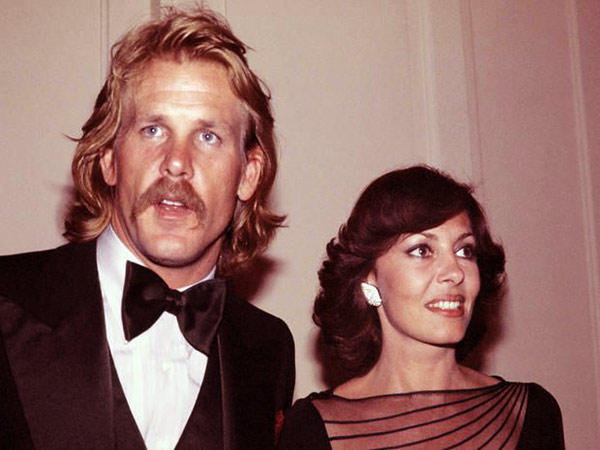 Like his previous marriage, it didn’t last long and ended in 1984. However, the couple has not any kid together despite being married for six years.

Further, Nick walked down the aisle for the third time with ex-wife, Rebecca Linger, in 1984. Nick and his third wife’s marriage lasted for ten years, and subsequently, they departed their ways in 1994. During their divorce, Nick was live-in-relationship with Clytie. 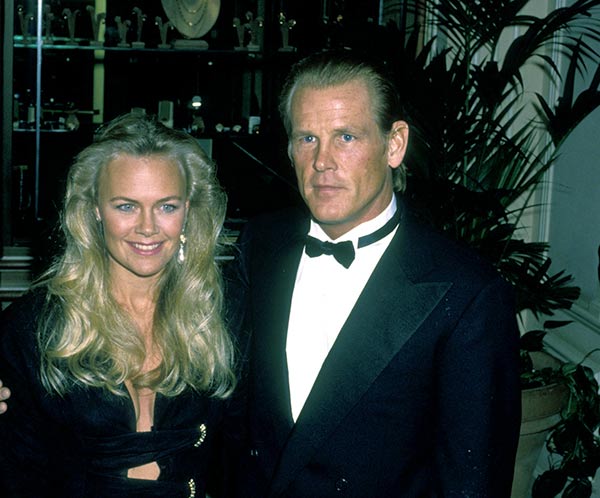 Clytie Lane and Nick Nolte Have a Daughter

Clytie Lane gave birth to their first child, a daughter, Sophie Lane Nolte, on October 3, 2007, in Los Angeles. Now, Sophie is 13 years old. Sophie is the first child for Lane during the second for Nolte. 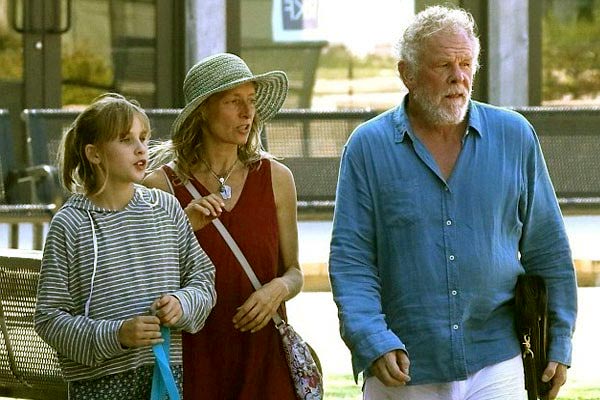 Also, she is a stepmother of Nolte’s 33 years old son, Brawley King Nolte, born from his third wife, Rebecca Linger. Her stepson is also an actor and known for his roles in the movies that include Ransom, Affliction, and Hotel Rwanda. 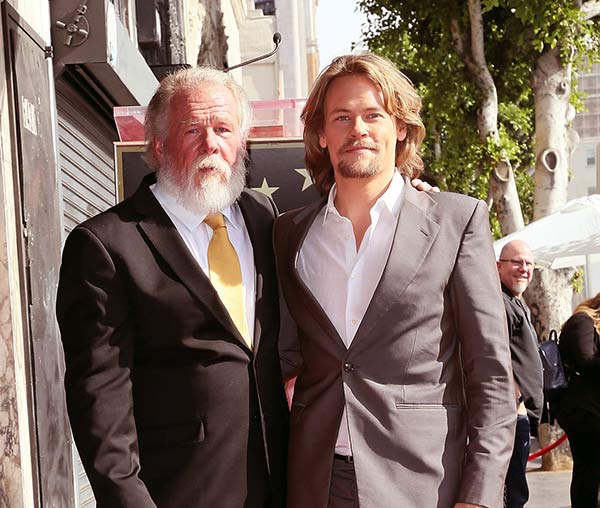 Brawley was home-schooled until 15 and then went on to the Pierce College in Los Angeles. Aside, she has a step-granddaughter.

Nolte’s daughter is walking in the footsteps and has left the mark in the entertainment industry. Lane’s daughter, Sophie, called Nick to grandpa in Til Schweiger’s head Full of Honey. 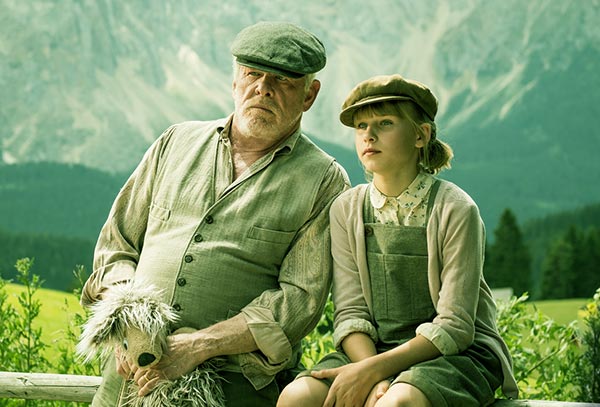 Sophie Lane Nolte played the role of Matilda, granddaughter of Nolte, the widow Amadeus. The real-life father and daughter is the best part of the movie. Nick even told that if he gets the opportunity to play with his daughter in another project, he would definately love to do.

Watch the trailer of Head Full of Honey below.

Clytie Lane was born and grew up in the United Kingdom. While growing up, she developed her interest in acting and even performed in the school’s plays. However, she hasn’t appeared did many movies like her husband. Clytie appeared with a small role as Cheryl in 2006’s movie Coffee Date along with Carol Ann Susi and Lisa Ann Walter.

The movie won the Audience Award as Best Feature Film at Sedona International Film Festival in 2007.

What is the Net Worth of Clytie Lane?

Clytie earned quite a considerable worth from her acting career. Her net worth boost after she married to Nick Nolte. Now, she is living a marvelous lifestyle and loves spending money on luxurious items like jewelry, cars, and more.

On the other hand, the three times Oscar winner actor has an incredible net worth of $75 million. Nick has been actively working in Hollywood for more than five decades and played over 40 movies and series.

Also, the Hulk actor makes more money from other ventures such as commercials, endorsements, and more. The Brtish actress and Nick also support the most potent group meditation, “Field of Love,” which aim is to create the World changing energy flow of harmony and love.

The Mandalorian actor and his wife, Clytie Lane, listed n the 6,000 square foot Malibu home for sale for $6 million. The home featured four bedrooms, skylights, and a library. Also, the two-acre property has a guest house, a tennis court, and a lagoon pool. Previously, the home listed on the market in 2013 for $8. 25 million. 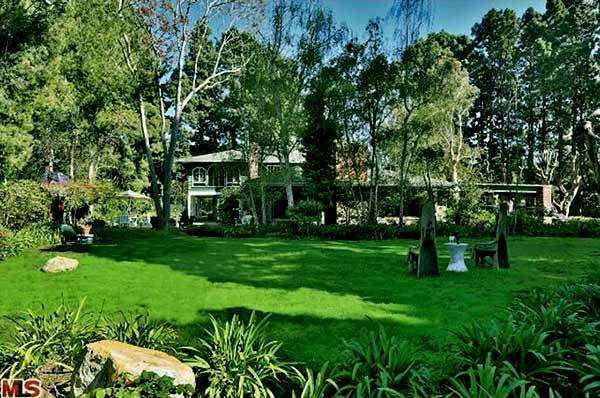 Caption: Nick Nolte listed his Malibu house on the market for $6 million