Some celebrities came from a well-background while others earned their name by themselves in Hollywood. Some celebs in Hollywood have nothing when they start their career in Hollywood. Taking a risk to follow their dreams has now paid off, and now they are in our list.

American actor Bumper Robinson is one famous name who follows his passion and now, known as one of the successful actors in the entertainment industry. Here’s you need to know everything about Bumper Robinson.

Bumper Robinson is From Cleveland

American actor Larry C. Robinson II, aka Bumper Robinson, was born to LC Robinson and Natalie Robinson on June 19, 1974, which makes his age 45 now. He was born and grew up in Cleveland, Ohio. His birth sign is Gemini. Bumper holds the citizenship of the United States and is of black ethnicity. 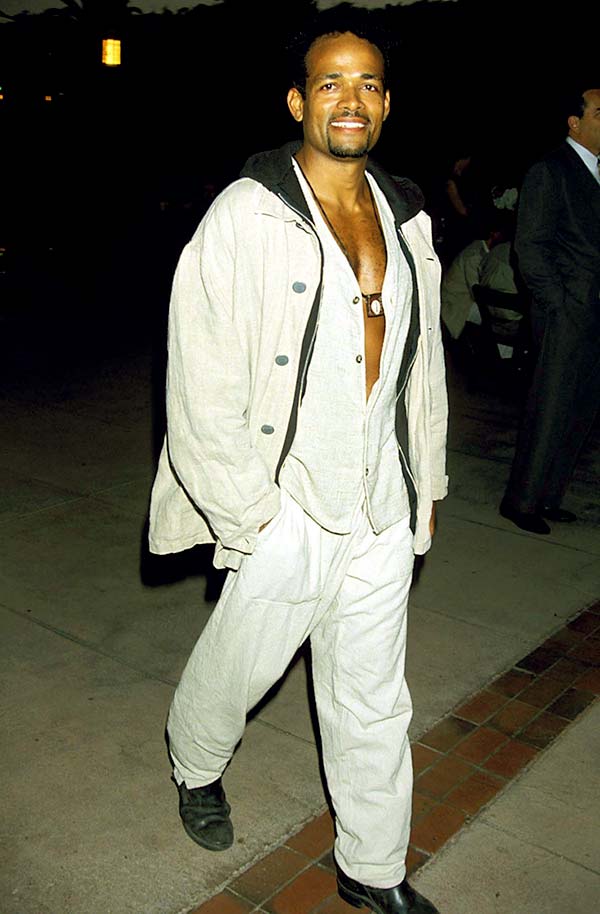 Bumper did his schooling from his hometown, but the subject, he majored in is still unknown to us. However, he was interested in acting from an early age. Also, he participated in school and college plays.

He is the younger brother of Marc Robinson

Bumper Robinson has two brothers, Marcel and Marc Robinson, and a sister named Lauren Robinson. His older brother is an actor as well as a production designer. Marc Jason Robinson was born on January 20, 1969, in Los Angeles, California. Robinson starred in movies that include Spawn, Mr. Luckle, and Webster.

On the other hand, Bumper’s brother, Marcel Robinson, keeps a low-profile. Similarly, his sister, Lauren, is also a camera-shy persona.

Robinson was grown up in front of the camera. He has been in many commercials since he was a child. When he was nine, he got a breakthrough role as the son of O.J. Simpson in the 1983 CBS television movie, Cocaine, and Blue Eyes. 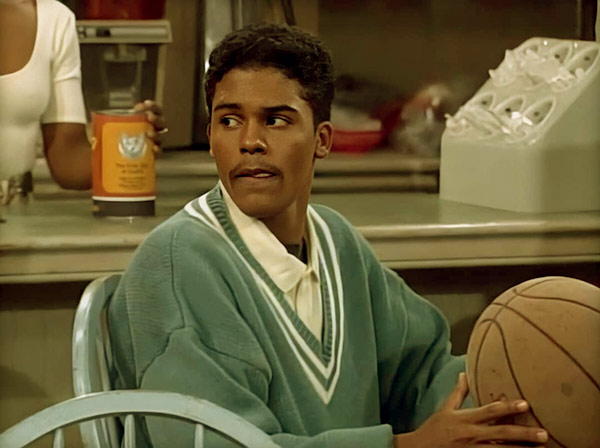 Later, in 1995, he was cast as the young O. J. Simpson in The O.J. Simpson Story. In 1985, German-American science fiction film, Bumper starred as Zammis. The movie is based on Barry B. Longyears’s novel of the same name.

In the 1980s, he made his appearances in several sitcoms such as The Jeffersons Gimme a Break!, The Facts of Life, and Family Matters. Apart, he appeared in movies.

Robinson is a Voice Actor

In addition to his career, Bumper is a prominent voice actor and lends his voice in many animated series and films. He voiced the character of Cool Cat, Dog Killa, Silm, Cat Spys Analyst in the 2010 animated film Cats & Dog: The Revenge of Kitty Gaiore. Despite getting negative reviews from film critics, the movie earned $112.5 million against the budget of $85 million.

His other voice roles in animated films and television shows like Brother Bear, Justice League: Doom, Pinky and the Brain, Teenage Mutant Ninja Turtles, and Scooby-Doo!WrestleMania Mystery. He also provided the voices of Porter C. Powell, Bumblebee, and Blitzwing.

The actor also made his guest appearance in the many series. He has a recurring role as Jonah Carvee in daytime soap opera Days of Our Live on NBC. Later, played three different roles as Bellboy, Mike, and Jesse in three episodes in the televisions Sister Sister, starring identical twins Tia and Tamera Mowry.

His other roles include The Royal Family, Star Trek: Deep Space Nine, On Our Town, The Client, Eve, Roommates, and more. He also appeared with a minor role in Kenya Barris’s series Black-ish.

How Much Money Does Bumper Robinson Accumulate from his Career?

Bumper makes quite an impressive money from his acting. He has been working in the entertainment industry for more four decades. Bumper Robinson has a net worth of $5 million. He hasn’t mentioned how money does he salary he gets from the series and movie.

However, we assure you that he earns a good amount of salary that helps to increase his net worth every year. According to glassdoor.com, the average salary of an actor or performer is about $50k yearly.

Robinson’s first role was in the movie Enemy Wine, released in 1985, which became a hit at the time. The movie grossed over $40 million against a budget of 17 million though the film has a big success in the former Soviet Union.

Bumper’s current relationship status is a married man. He tied the knot to his girlfriend-turned-wife Katherine Penton in 2009. It’s been more than a decade, they have married. Their wedding ceremony was occasionally private.

The Enemy Mine actor has kept the info about his marital life and wife to himself. Despite the name of his wife, he didn’t discover anything like marriage date, venue, and even its unknown when they got engaged. 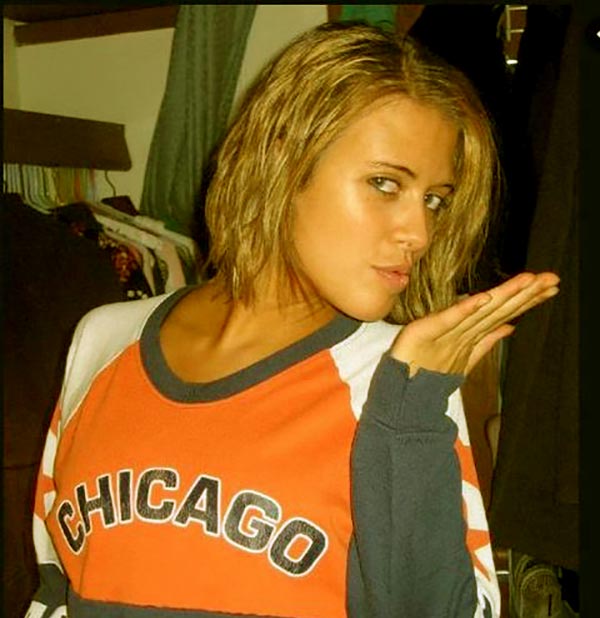 However, he does attend many functions, awards, and events with his wife, but he never photographed together with Katherine publicly. It seems like Bumper doesn’t want to drag his family into the media. He keeps them away from the media and public eye, so she doesn’t have to face any type of controversies or internet troll which create a problem between them.

Are They Still Together?

Yes, Bumper and Katherine are still together. If you are reading this, then let you know that there is no sign of their divorce or separation to date. But there were rumors that the actor is having an affair with a lady who is professionally a model.

A few years back, Robinson was rumored to be dating a girlfriend despite being married to his wife. He has an affair with a Mexican model. The news was discovered by his wife Katherine and stated, her husband sent almost a hundred messages. 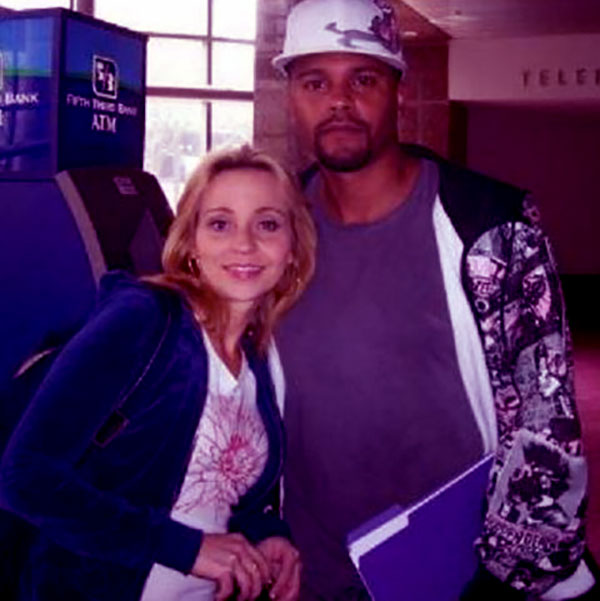 Caption: Robinson with his rumored girlfriend

Further, it is said that he didn’t attend the school event of their daughter. It indicates that Robinson has someone in his life. But the actor hasn’t confirmed that he is dating someone to date.

Robinson is the father of a daughter

Robinson and his wife, Katherine, have a daughter, Samatha Nichelle, born on May 31, 2011. She is currently nine years old and by profession, she is a student. However, his daughter rarely made her appearance in the media. 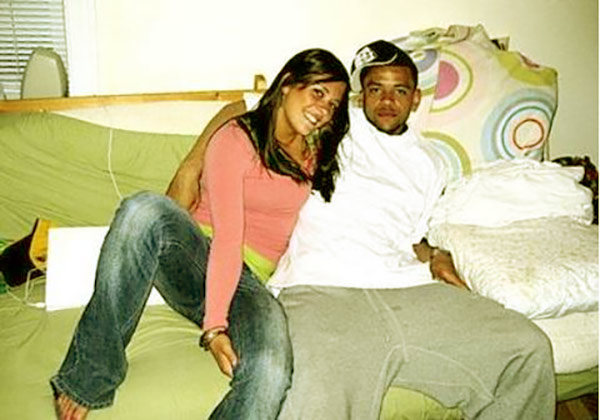 His Father Gave Him a Nickname Bumper

The Roommates actor’s real name is Larry C. Robinson II. As a kid, Larry’s father gave the nickname Bumper because he repeatedly bumped into things.

Res, Bumper Robinson does have social profiles. He is active on Twitter and Instagram that goes by the name “@bumperrobinson.” But he doesn’t have Facebook accounts.