Home
TV Personality
Brian Quinn: Is He Married or Still Single? Know His Net Worth

Impractical Jokers star Brian Quinn is a member of a comedy troupe called Tenderloins that formed in the late 1990s. He and his co-stars have been working on the TruTV since 2011. Since the first show, he succeeds in earning the massive fan followings as well as established himself as a comedian in the entertainment industry.

After multiple seasons of success, Brian Quinn now reached a height and also earned a good amount of money. While he is in the spotlight, his fans are curious to know about his personal life. Here are the facts that you need to know about Brian Quinn that you may or may not know.

Brian Quinn is an Actor

Brian Quinn rose to fame after he became a part of the television series, Impractical Jokers. Quinn started his career in 2006. After the original member Mike Boccio left the group, he became the troupe’s fourth member. Why would Q refuse a chance to work with his lifelong best friends and current co-stars, Sal, Joe, and Murray after all? 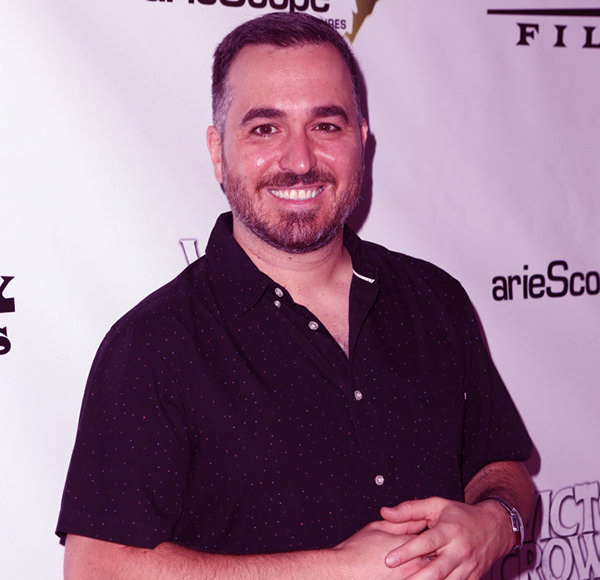 Caption: Brian Quinn joined the comedy troupe, The Tenderloins in 2006

Aside from that, Quinn appeared a few movies. He had a role as Dale in the series 12 Monkeys and also played Victor Crowley in 2017. Furthermore, Brian acted in the film called Impractical Jokers: The Movie.

Q makes decent money from various sources. Q’s net worth sits at a cool $5 million. Reportedly, the Impractical Jokers each of the guys make $50,000 per episode in terms of salary. Additionally, the Jokers tour regularly and host cruises. 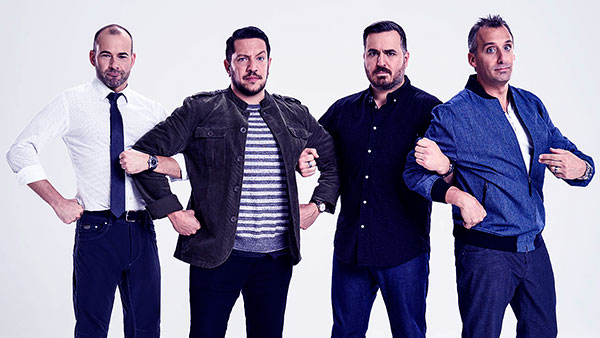 In addition to his career, Q host a podcast called The Tenderloins Podcast.

Besides, Q donated $50,000 to the New York City Fire Department since his time in Impractical Jokers.

Brain Quinn was born Staten Island, New York, on March 14, 1976. Quinn is of Irish and Italian ancestry. He studied at Monsignor Farrell High School and then went on to Brooklyn College.

Before stepping into the entertainment industry, he worked at New York City Fire Department as a firefighter. He served there for eight years. Also, Q occasionally meets his former co-workers. There no doubt that he has a great sense of humor and has a quality of making people laugh.

Is Brian Quinn Married or Dating?

Looper reported that Q once confessed on the series that his girlfriend is related to an A-list celebrity. His girlfriend served time in prison on serious drug charges in 2005. According to National Enquirer, the mystery woman is the King of Queens TV star Leah Remini’s half-sister, Elizabeth Remini.

Elizabeth was sent in New Hanover County Jail in North Carolina in March after being charged with five felony counts of cocaine possession and trafficking in the drug. Remini was released after three days on $50,000 bail.

People even speculated that he is gay and dating a boyfriend. He shared on social media that he would tie the know when gay marriage is legalized in New York City. He tweeted in May 2017 that read;

“I will not marry until gay marriage is legal in New York City. Hard Stance on that.”

The tweet didn’t make much sense, but it made people think if he is gay. However, he hasn’t admitted that he is gay to date. It seemed that he was supporting gay marriage.

Who is Brian Quinn’s Daughter?

Brian Quinn has a daughter named Katie Quinn. Katie was one year old when his ex-girlfriend, Daniella Cook, brought her to him. Now, she is a grown-up kid and has full custody of his daughter. According to Wattpad, he fell in love with Katie when he saw her for the first time.

A few years later, his ex-girlfriend, Daniella filed for child custody. He decided not to let Daniella get custody of his daughter. He loves Katie so much and didn’t let her in the wrong hands. Although he has kept his daughter out of the media and paparazzi, she could live a normal life.

Q has inked several tattoos in a different part of his body. He has tattooed in his right arm, legs, and other parts as well. Quinn is an animal lover and especially, he loves cats so much. He has a black cat named Benjamin which he adopted nine years ago.

Seven years ago today, I was asked if I would adopt a cat because his owner was moving and couldn’t bring him. If I couldn’t take him, he was being placed in a shelter. This cat, I was told, is 8 years old and black which means if he went into a shelter it was essentially a death sentence. People generally don’t adopt older cats and the superstition about black cats being bad luck actually makes them harder to place. So I begrudgingly said yes. Immediately I learned that he needed about $1000 worth of shots and dental work, which wasn’t easy on a fireman’s salary. He also was so terrified by the sudden displacement that he wouldn’t even come down from his hiding spot for months. It was a rocky start for both of us. I changed his name to Benjamin Cat and for the last 7 years he has been my best friend on the planet. I can’t even begin to name the ways that he has made my life better. I’ve made a lot of bad decisions in my life, but taking him in wasn’t one of them. Pet owners will understand what I mean when I say he quite literally saved my life. Anyway, he’s famous now and he gets catered to like the celebrity he is. All this to say, it’s a good day. And if you’re thinking about adopting a pet, don’t go right for the kittens and puppies. I can’t imagine life without my pal and you might be robbing yourself of a truly amazing, meaningful friendship if you don’t stop to consider an older animal.