If you have watched a single episode of Bravo’s reality show Project Runway, which focuses on fashion design, in the show, the contestant completes each other to create the best clothes according to the show’s rules. After the runway shows, the judges choose the winner.

If you don’t know much about Brandon, then don’t worry, we are here for you. Keep reading to meet one of the Project Runway’s judges.

Brandon Maxwell was born on September 18, 1984, in Longview, Texas. While growing up, he developed his interest in photography. He used to put together outfits and photographs of his friends wearing them. 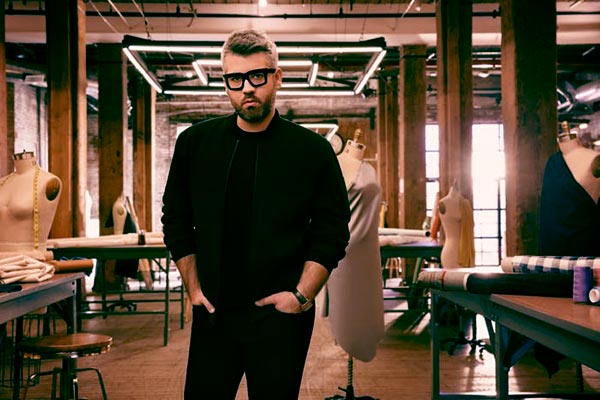 To pursue his career, he moved to New York City and joined Marymount Manhattan College to study painting. He changed his mind and switched to photography. He transferred to St. Edward’s University in Austin, Texas

Maxwell is a Fashion Designer

Watching the women in his hometown, he transformed themselves into East Texas glamour-pusses. He reflects the Texan theme in his designs. After he relocated to New York City, he bought clothes at Goodwill, refashioned them, took hair and makeup into young hands.

He worked for Deborah Afshani as an assistant in 2009. Furthermore, he styled for various magazines such as Harper’s Bazaar, V, Teen Vogue, Porter, and Elle. Also, he has done ad campaigns for Unique and Barneys in New York.

Brandon came to fame after he started designing clothes for the award-winning singer Lady Gaga. He was introduced to Lady Gaga by stylist Nicola Formichetti in 2010. But he has an extraordinary bond with Lady Gaga and also, he is her fashion director.

Maxwell dressed Lady Gaga for the 2019 Met Gala-Camp: Notes in Fashion. Together he and Gaga revealed four dramatic outfits on the red carpet. Lady Gaga first appeared in a fuchsia gown with a billowing 25-foot train and oversized bow. 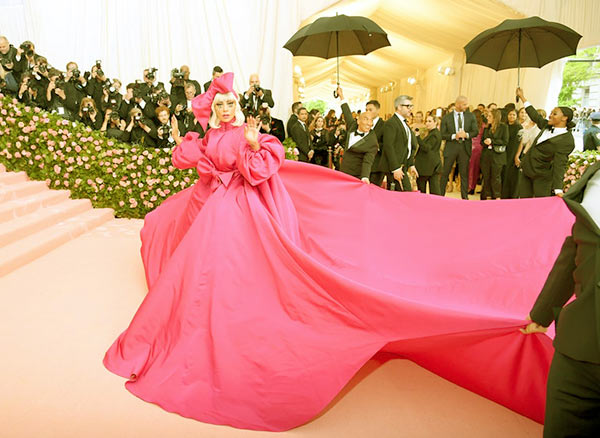 Then Brandon unzipped the gown to reveal the second dramatic look, a black gown with a matching umbrella. 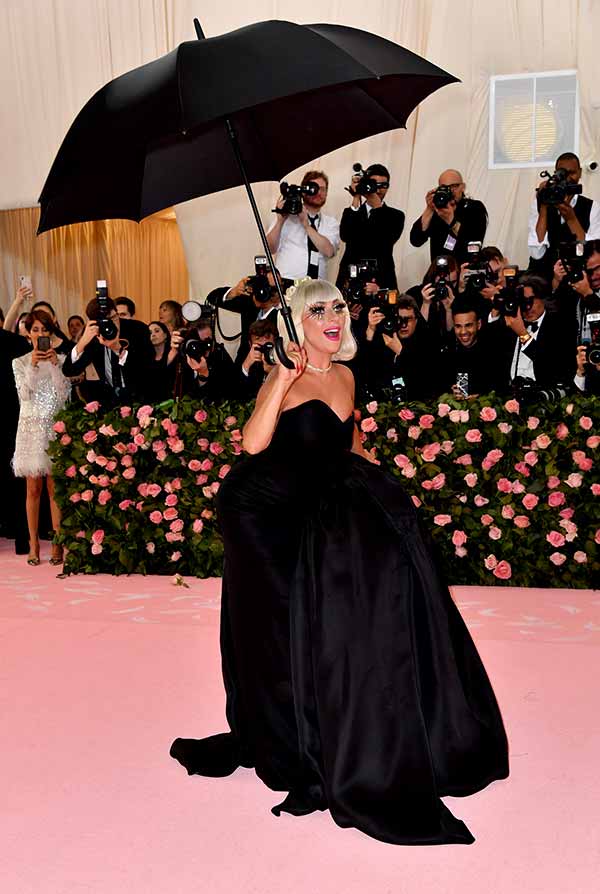 Caption: Gaga in a black gown with a matching umbrella

After that, Maxwell revealed her third outfit, a bright pink column gown. She completed her look with oversized sunglasses and an old mobile phone. 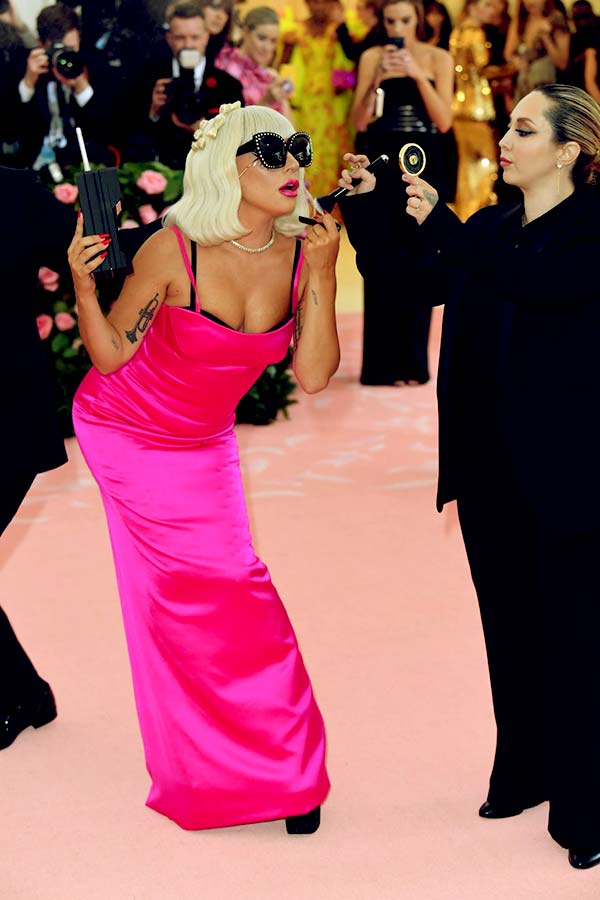 The last one, Lady Gaga, showed off her final look. She wore a striped black bra and underwear with fishnet tights and a pair of high platform boots. She pulled a pink wagon with gold wheels. 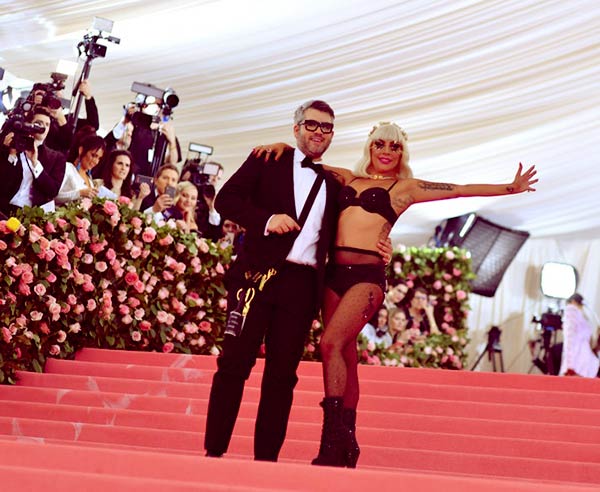 Maxwell won Many Awards for His Designs

Brandon has already won several awards for his work. In 2016 he was named a finalist for the LVMH prize; won the Fashion Group International Rising Star Award and the Swarovski Prize at the CFDA Awards. One of his designs was worn none other than Michelle Obama, first for an appearance at the Democratic National Convention and another one on the cover of InStyle magazine’s October issue.

Furthermore, he was a semi-finale winner of the Woolmark Prize, which celebrates outstanding fashion talents from around the globe.

Thrilled and grateful to have been chosen as a winner of the #woolmarkprize semi-final in New York City today, and honored for the opportunity to participate in the Global final in London in 2019. Although I’m holding it, this award actually goes to each young woman in my office who put their hard work, energy, talents, and love in to getting me here. I owe you a great debt and love you dearly, I hope I made you proud. Thank you to the amazing team at @thewoolmarkcompany and all of the kind judges for your time today. ❤️

Brandon Maxwell Launched His Own Label in 2015

The Texan native launched his ready-to-wear label in New York at Mr. Chow. The brand was out of the desire to make women feel beautiful, sophisticated, and powerful. The entire collection was designed in New York.

Maxwell crafted his garments by draping, rather than sketching. He was inspired by the strong women, Brandon surrounded himself with his hallmark style of sharp tailoring and sculptural details.

Maxwell is no strange name to us. He appeared as a judge on the Bravo’s reality series Project Runway alongside Elaine Welteroth and Nina Garcia. Since then, he has been on the show since 2019. 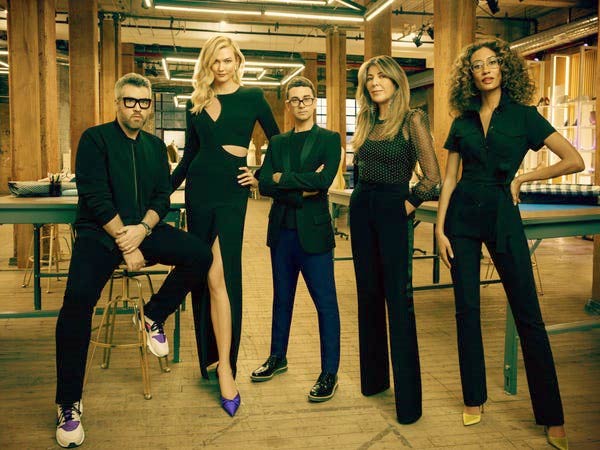 Maxwell has been working in the fashion industry for more than ten years. In the show, the contestant competed for each other to create the best design in front of the judges. Insider spoke to Maxwell about his time during a preview of the American Museum of Natural history’s “The Nature of Color” exhibition in New York City.

The designer told Insider that the viewers of the show would be surprised to know that the judges don’t see the drama that happened between contestants in the workroom. In fact, they saw it when the episodes air.

Designer Brandon is making Masks and Gowns to Fight Coronavirus

The fashion designer joined the fashion industry’s fight against the Coronavirus. He and his team have begun making masks, gloves, and gowns for hospitals and healthcare workers. In this global crisis, Maxwell and his team are focusing on manufacturing PPE (Personal Protective Equipment). He took to Instagram to announced that they were making protective gear to help doctors and nurses.

Every season we try to teach ourselves something new. This is not what we had hoped to learn this season, but like many others, we will meet the occasion with full hearts, optimism, and gratitude for the opportunity to serve. ❤️

In addition to working on masks, gowns, and other essential garments, the designer is also focusing on helping brides in need during this time. He shared via Instagram that he gifted three wedding dresses to those who need one. He also asked his followers to submit their story and wedding details in submission to is the team. Check down the below post.

New YouTube Up Now! Link in bio ❤️ Making my best friend’s wedding dress. As a company who has been fortunate to play a small part in so many women’s special days, we realize the current crisis and the economic repercussions from it may have already deeply affected you. In times of darkness we must look to the light, and we believe an optimistic moment to look forward to is important. As a result, we’re gifting 3 wedding dresses to brides in need. Our friends @gigiburris & @evafehren have also kindly joined us to donate veils and wedding bands. To apply, simply send the following to [email protected]: 1)Your story! You can write it, you can send us a video, pictures, poems– absolutely any way you want to express yourself, we will listen! 2) Your wedding details! When is it? What's the plan? Submissions will be accepted until Monday, March 30, 2020. We will review your stories and be in touch with 3 recipients on Wednesday, April 1, 2020. Please share with any brides you may know. Here’s to a brighter day, your day. ❤️ Song: @joshgarrels

Though Maxwell no longer lives in Texas now, he obviously loves his hometown. Further, he has inked in different parts of his body. Maxwell has a tattoo of the state’s outline on his wrist. He used that tattoo as the inspiration for his Spring/Summer 2019 Runway Collection.

Additionally, he created a nine-piece makeup collaboration with MAC Cosmetics to correspond with his SS 2019 collaboration, which featured a replica of his tattoo.

What is the Net Worth of Brandon Maxwell?

Brandon makes a handsome salary from different sources that include TV shows, ads, and designing. As earlier mentioned, Maxwell became the highest-earning designers in the median value for the Met Gala. He earned $3,5 million.

Aside from his designing career, he generates extra wealth from Bravo’s show as a judge as well as his brand. However, he has disclosed how much worth does he have to date. We can be assured that Brandon Maxwell has a whopping net worth of $3 million.

If you want to know more about the fashion designer Maxwell then follows him under the name “@brandonmaxwell” on various social media platforms such as Twitter, Instagram, and Facebook. On his social profiles’ bio, he wrote a short intro of himself, “Designer, Stylist, and Stella’s Dad.”

Besides, he has a self-titled YouTube Channel called “Brandon Maxwell.” He has a dog named Stella.