It’s normal for famous personalities to marry other celebrities like Kim and Kanye, Blake and Ryan, and Brad and Angelina. There is some well-known politician who married an average person. But the few politicians who tied the knot to ordinary people like us.

Likewise, American-born politician Dan Crenshaw tied the knot a gorgeous lady, Tara Blake. So who is Tara Blake? How she met her husband? Take a look at the below facts before heading to her wiki-bio.

Like most couples, Tara Blake and Dan Crenshaw’s love story began with a friendship. She met him at her childhood friend’s home. They both were introduced by her friend and eventually became good friends. 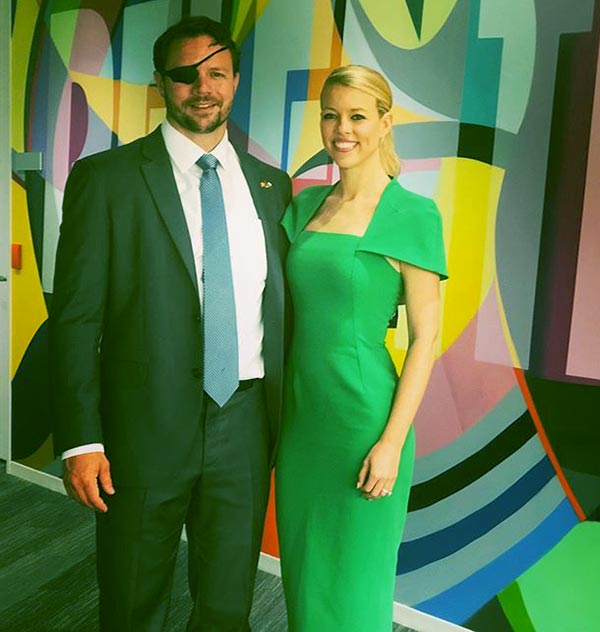 They were friends for quite a while. One day, she invited Dan as well as her other friends at the barbeque party at her home in California. She introduced Dan with her dad, and eventually, he became good friends with her father.

After a week, Dan asked her out for a first date and had dinner. Additionally, the qualities she loves about him that Dan is a smart and thoughtful guy.

Tara Blake and Dan Crenshaw Tied The Nuptials in 2013

After dating for quite a long time, Dan and Tara took their relationship to the next level. Finally, the two walked down the aisle in August 2013. They said “I do” in the presence of their family and friends. The wedding ceremony took place in Colorado, California. 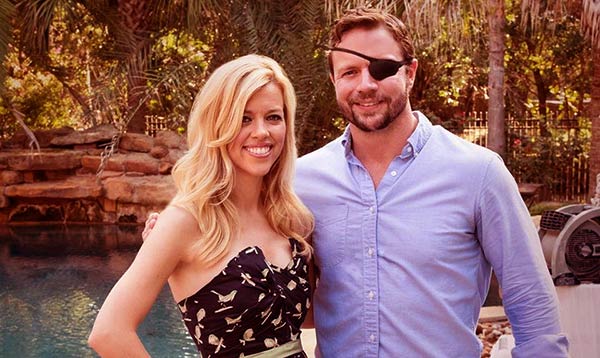 Caption: Tara Blake and Dan Crenshaw have been together for a decade

It’s been seven years that Tara and Dan have been married. As a result, the two are living a blissful married life without any rumor of extramarital affair and separation. Despite being the wife of a famous politician, she handles her personal life very well. It seems like they are meant to be with each other.

The couple doesn’t shy about expressing their feelings for each other. They have attended many events and parties together. Back in 2018, her husband took to Twitter to wish a happy anniversary to her. He tweeted a photo of the two and captioned it, “Happy anniversary to my beautiful wife, Tara!” He added that he couldn’t imagine life without her.

Happy wedding anniversary to my beautiful wife Tara! 5 years ago today we said our vows and I can’t imagine life without her. pic.twitter.com/uhqazJCODQ

In 2012, Dan’s life changed forever during his third deployment. While on a mission in Helmand province, Dan was hit with an IED blast. Then he was evacuated and put into a medically induced coma. When he awoke, he knew that his right eye was completely damaged. But luckily, his left eye was still intact, severely damaged.

However, he remained in the Navy for four years after the injury. Also, Dan went to his fourth and fifth tours of duty in Bahrain and South Korea.

Tara and Dan Have No Children

There’s no info about the couple’s children on the internet, not even mentioned in Dan’s Wikipedia. Mr. and Mrs. Crenshaw have been married for seven years and seemed like the pair has no plan of expanding their family yet. When they’re asked about their extending their family, the two remain quite.

Blake is a social activist and has been working for more than ten years. After marrying Dan, she and her husband involved in charitable works as well as raised funds to helping families of fallen service members.  In addition to that, she runs a campaign for the Travis Manion Foundation.

Dan Crenshaw is a retired Navy SEAL and has been serving Texas’s 2nd congressional district since 2019. In addition to his career, Dan is also an author and released his book titled Fortitude: American Resilience in the Era of Outrage in 2020. Like his wife, Dan Crenshaw’s net worth is also not revealed yet. We can assure you that he earns a six-figure of salary.

Tara Blake was born to father John Terence Blake and Nan Connelly in 1983, which makes her age 37. Blake has two younger siblings, Erin and John Terence Jr. Her father and brother both served in the Navy. Furthermore, she graduated from the University of Maryland.

Tara does have an account on Instagram that goes by the name “@taracrenshawtx,” where she has over 13k followers. She pots photos of herself and her husband. Also, she has two dogs named Joey and Luna.