Famous sports personalities like Tom Brady, Peyton Manning, O.J. Simpson are big names in football fields, but for their children, they are only parents. Despite their popularity, these parents love to shield their children from the spotlight forever. Among them, one famous name is Michael Strahan, a retired professional football.

Michael Strahan is a father of four kids but rarely made his appearance with kids in the events and parties. While these three children love to be the spotlight, but his oldest daughter Tanita Strahan rarely made her appearance in the media.

Tanita Strahan is the First Child of Michael Strahan

Tanita was born to Michael Strahan and Wanda Hutchin in 1992, which makes her age about 28. However, the actual date of birth is not mentioned. But looking at Michael Strahan’s social profiles, he wished a warm birthday to his princess on November 10 every year. 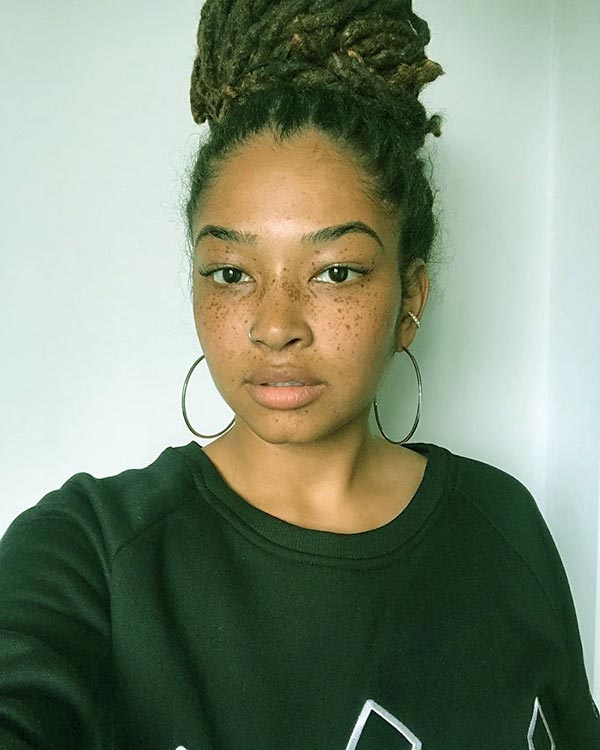 Back on November 10, he took to Instagram and posted a photo of him and Tanita, stating, “Happy Birthday to my first baby”  with a heart emoji.

Happy birthday to my first baby, @tanitaa.st! So proud of you and keep lighting up every room you walk into. Love you!❤️❤️❤️

Tanita’s grandparents are still alive and living healthily. Her grandfather, Gene Willie Strahan, was a retired Army Ajor and a boxer. As a boxer, he played against future heavyweight Ken Norton with a record 1-1. On the other hand, her grandmother, Louise Strahan, was a basketball coach. 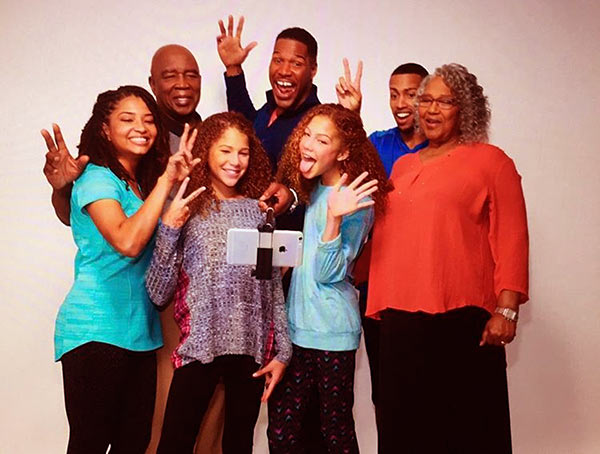 In every occasion, her family manages time for gathering and celebrate together. Also, they go on a vacation or picnic so they could give time for each other from their busy schedule.

Tanita is the eldest among four children. She has a brother, Michael Anthony Strahan Jr, born in 1995. Also, she has twin stepsisters; Isabella Strahan and Sophia Strahan. The twin daughters of Michael were born in 2004, and they are sixteen now.

Every year, on February 14, Tanita’s Father, Michael, celebrates his Valentine’s Day with his four kids. On February 14, 2020, he shared a picture of his four children and caption it that reads,

“My Valentines today and every day” with hashtags #lovemykids.

My #valentines today and every day! #lovemykids

Michael Jr is the only son of a former football player. He and his Father had made their appearance on Good Morning America.

Further, Tanita has twin half-siblings born from her Father’s second marriage. In 2019, Isabella and Sophia both finished high school, and now, they are ready to experience their bachelor’s life. The twin sisters have common hobbies such as riding a horse, exploring new places, swimming, and more. 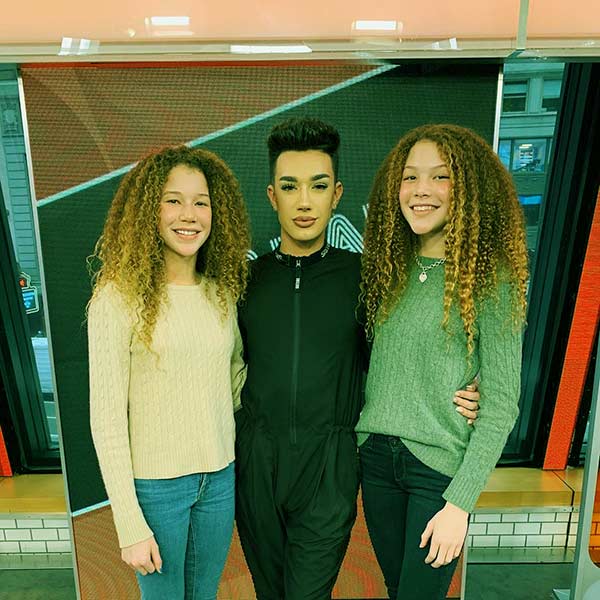 Tanita’s dad married two times but failed to manage both. Michael Strahan tied the knot with his first wife, Wanda Hutchins, from the late 1980s until 1996. Wanda was an interior designer. However, none of the two have disclosed the reason for their divorce for the longest time.

Though they have fostered a successful co-parenting, later he was married to second wife Jean Muggil in 1999, whom he met at a spa. They were in a marital relationship until 2006 and eventually divorced. Michael’s ex-wife, Muggli, cited physical assault as a cause of their divorce. 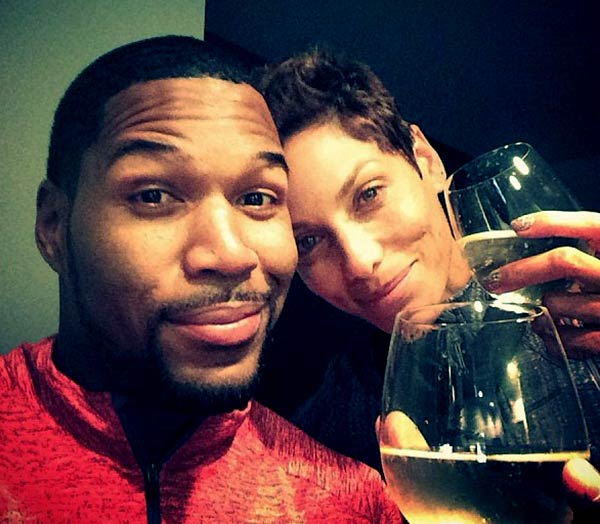 Caption: Michael Strahan and ex-fiance, Nicole Murphy were some quality time together before they broke off their engagement

After a divorce from second wife Jean, he dated many ladies. Tanita’s dad Michael Strahan began dating Eddie Murphy’s ex-wife, Nicole Murphy. Eventually, the duo decided to take their relationship in another level. As a result, they got engaged in August 2009 but called off their engagement in 2014.

Currently, the charming Father of four is in a relationship with a much younger woman, Kayla Quick. Reportedly, the two have been together for several years and often caught up during a romantic date night.

Former NFL defensive end and co-host of Good Morning America, Michael Strahan is one of the most famous figures on television. Although he isn’t interested in involving his family in the media. However, he provided some glimpse of his family on his Instagram.

Michael’s twin daughters love being in the spotlight from an early age while his oldest prefers to stay away from the public light. Michael shared rare selfish with his kids that showed his oldest daughter, Tanita Strahan.

The photo was taken back in 2016 and captioned it.

Strahan Instagrammed another selfie with Tanita that included his nephew, C.J. Strahan. He took the snap when they were on vacation to London.

#tbt to an incredible vacation in #London. Great time kickin’ it with my oldest child, @tanitaa.st and nephew, @cjstrahan. #vacation #wheretonext

Does She Have a Boyfriend?

What do you think about Tanita’s relationship status? Is she single or dating a guy? Well, most of you have already guess about it. The answer to this question is, Tanita is in a relationship with a guy, but his name remains undisclosed. 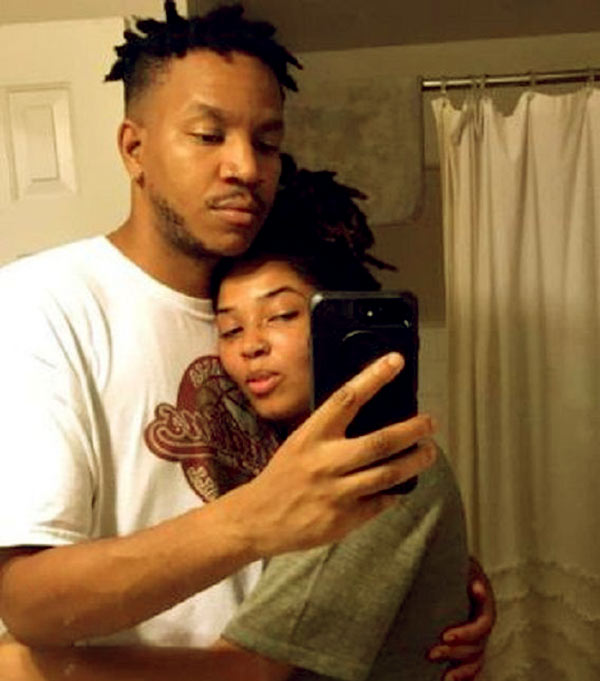 Caption: Tanita with her boyfriend

Although, she posts a few photos with her boyfriend on her Instagram. Back to the date, 2017, she shared a picture of the two and wished a happy birthday to her boyfriend. In the caption, she stated happy 26th birthday to my half other and glad you are in my life.

My other half, such an old soul and you're only turning 26!! You're amazing and I'm glad you're in my life! To many more 🥂 I love youuuu 😘 #happybirthday

Michael’s oldest daughter has earned a degree from the Institute of Design and Merchandising from Los Angeles. Meanwhile, she is also an artist. If you take a look at her social profiles, where you can see her works. She posts the sketch of human as well as Mehendi arts.

Michael’s Daughter has a tattoo on her left Chest

Tanita has inked a few tattoos on her body. She has tattooed on her left Chest that reads,

“For beauty is found within.” 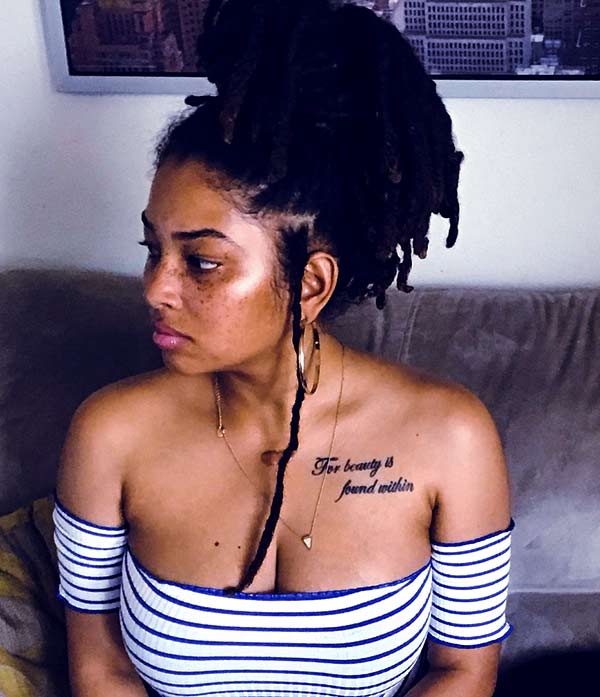 Caption: Tanita Strahan has a tattoo below the left shoulder

Being a daughter of a famous football defensive end, she already became quite popular. Many people search for her name in different social media platforms such as Twitter, Facebook, or Facebook, to know more about her.

Furthermore, Tanita Strahan has a YouTube Channel, “The Infinite Fitnesse Podcast.” She runs the podcast with her friend CC, where they talked about art, music, restaurants, fitness tips, and tarot card reading.

How Much Money Does Tanita Strahan Earn?

Tanita is an artist and flaunts her works through her social media. She is known as the daughter of one of the most prominent footballers, Michael Strahan, who makes millions worth from his career. We assure you that she is living a luxurious life with her family.

Although Tanita keeps the net worth and salary secret, she earns from selling her arts. We can assume she makes a good buck from her career. She not makes money from her artistic work but also from her social media.

On the other hand, her Father, Michael Strahan’s net worth is $75 million. The sources of his net worth fortune collected from his career as a football defensive end and as a TV personality.

If we missed any information regarding Michael Strahan’s daughter then let us know in the comment section below.