How often do you see a woman picking a different career despite her fascinating looks and elegant character? Well, we have the answer to your question. Patricia Southall is one of the most famous names in the hearts of thousands of fans. The former Miss Virginia is truly one of a kind. She had the stunning looks and glamor to be a star in the film industry, but she instead chose something else.

Patricia is an American activist and the founder of a non-profit organization named Treasure You. More than that, we know her as the ex-wife of comedian, Martin Lawrence, and her current husband, Emmitt Smith. In this article, let’s have a brief insight into her married life, children, and personal life. Also, find out some fascinating facts about her career, net worth, biography, and much more.

Who is Patricia Southall?

The spokesperson is a former beauty queen from Virginia. You might agree with the fact that she has a glamourous body, even today. In 1993, she won the Miss Virginia USA crown while representing her state in the Miss USA pageant a year later. Well, that’s all about her modeling career.

Moreover, Patricia is best known for her philanthropic work. She and her second husband have named themselves as significant donors to various non-profit organizations. As you know, she is the founder of Treasure you that provides awareness and education to women about beauty and experience.

Besides that, she is a writer and television personality. She published a book named Second Chance, which was all about her marriage with ex-husband, Martin Lawrence. Talking about her television roles, she has appeared in several shows, including Halfway Point, Beverly Hills, The Wayans Bros, and many more.

Patricia Annette Smith, aka Pat, was born on December 17, 1970. That makes her 49 years old as of 2020. She grew up in Chesapeake, Virginia. As of her biography, Patricia’s zodiac sign is Sagittarius. She holds an American nationality and belongs to an African-American descendant.

Talking about her family, she was born to Henry Southall (father) and Mildred Southall (mother). Also, Pat has a twin sister named Pam Southall, who is quite popular as well. 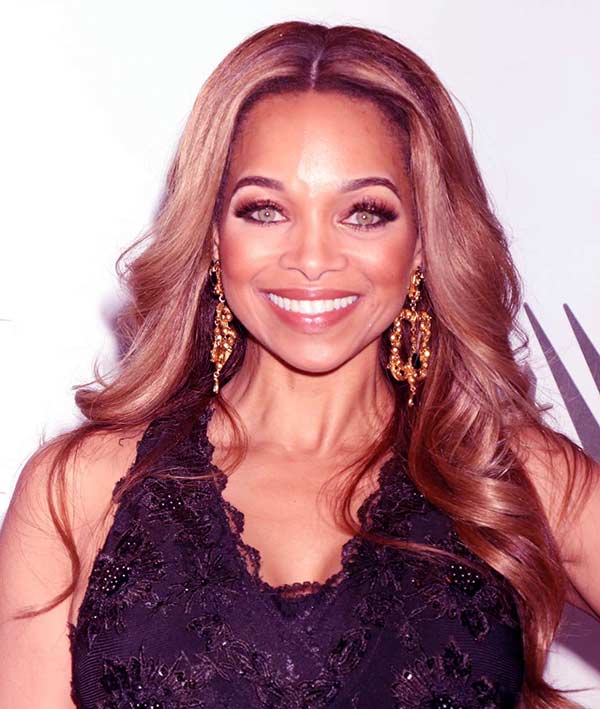 Martin Lawrence is an American actor, filmmaker, comedian, and musician. You might have certainly heard of him before, right? Patricia and Martin met each other in the summer of 1992. At that time, Pat worked for the Governor of Virginia, L. Douglas Wilder. All the while, Lawrence featured in a comedy concert held at Richmond, Virginia.

They had an immediate attraction and started dating a couple of years before tying the knots. Pat walked down the aisle in 1995 and thus began their married life. Unfortunately, their relationship came to an end only two years later in 1997. The couple had their first and only child on January 15, 1996. They had a daughter named Jasmine Page Lawrence. 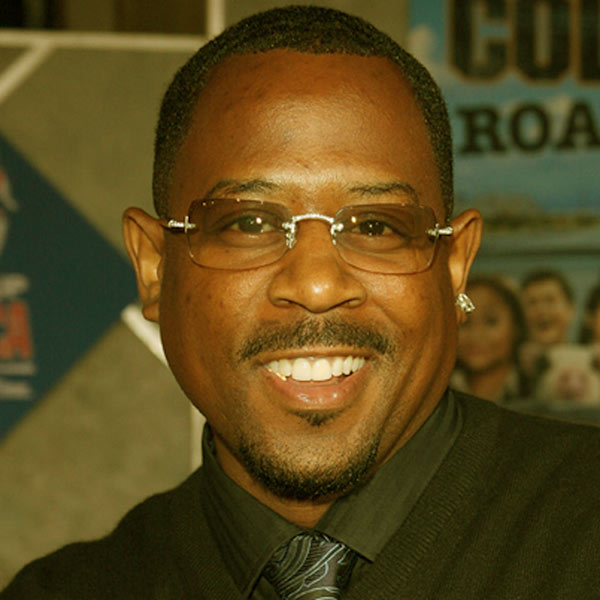 However, the reason behind their divorce is still under wraps. Many people are still wondering why the two ended their marriage after five long years of relationship? Despite the separation, they still have a friendly relationship with each other to this day. We often see them together in public events while accompanying their daughter as well.

After their divorce in September of 1997, they both moved forward with new partners. Martin married his new wife, Shamicka Gibbs, while Pat did the same.

If you are a fan of American football, then you might know Emmitt Smith, but do you know about his wife? He is a former National Football League player and a big name in this industry. The American footballer is a professional running back who has had a successful career over the years. In the late ’90s, he was the NFL’s all-time leading rusher. He has played for several teams, including Dallas Cowboys, Arizona Cardinals, and many more.

After her divorce from ex-husband, Patricia met Emmitt back in 1998. They first met each other at a music festival in Aruba. Believe it or not, they found deep chemistry and started dating each other in an instance. First, they had a long-distance relationship, which then turned to a permanent one. After dating for over two years, Pat walked down the aisle for the second time as the couple tied the knot on April 22, 2000.

It’s our 20h Wedding Anniversary!!!♥️ First of all, I give all the glory to God for today!!! I’ll be honest, I’ve had so many thoughts and emotions today…I decided to just let it flow!!! Thank You Baby for your willingness to do the joint work needed in marriage!! 20 years doesn’t come without a lot work, prayer and a fight to stay together!!! I could tell you about all of the most amazing and glorious moments we’ve shared and there have been so many!!!! I just felt led to take this opportunity to share the other side that’s not always captured on social media or in public!! That’s only fair!! I was often set up by the images portrayed and looked to those as a representation of what my marriage should look like!!! Marriage is a very personal experience and for each couple it’s different!!! I have learned to keep my focus on our marriage and celebrate the beauty, uniqueness and challenges of ours!! While continuing to grow together and as individuals, I can see that we are definitely not the two people we married 20 years ago!! I can truly say we are better people than we were then!!! Marriage has a beautiful way of molding you and building you into the people that God truly wants you to be!!! And for that I CELEBRATE TODAY!!!! Thank You to everyone who has stood with us and had a huge influence on keeping us together over the last 20 years!!! You know who you are and WE ARE SO GRATEFUL!!!♥️ And to our beautiful fruit…WE LOVE EACH OF YOU SO MUCH… @jasmin_lawrence @rheagensmith @therealejsmith @itskylarsmith and Elijah ♥️ HUBBY, I LOVE YOU SO DEARLY AND I’M EXTREMELY GRATEFUL FOR ALL THAT WE HAVE BUILT TOGETHER AND FOR THE LOVE THAT WE SHARE TOGETHER!!!!♥️♥️ HAPPY 20th ANNIVERSARY!!!!! @emmittsmith22 • • • • #marriage #anniversary #20years #couples #real #vunerable #honest #love #grateful

As you know, Patricia shared a beautiful daughter with her ex-husband during her previous marriage. Now, after 20 long years of being married to Emmitt, the lovely couple shares three children together.

Patricia and Emmitt had their first baby on May 15, 2000. It was only a month after their marriage, so she already had a bun in the oven before they tied the knots. The once little boy is now 20 years old as of 2020. He is enjoying his youth and college life, as well. Also, he is actively playing football for Stanford and following his father’s footsteps.

Later, they had their first daughter named Skylar Smith on October 15, 2003. Skylar is 16 years old as of 2020. Just like her brother, she is enjoying her college life as of this day.

Last but not least, Pat and Emmitt had their third child as a son named Elijah Alexander James Smith. The little boy was born on September 22, 2010. He turns ten years old in September of 2020.

Finally, the pair also has children from both of their previous relationship. So, that makes a total of five for the couple. Smith has a daughter named Rheagen Smith with his ex-girlfriend, Hope Wilson. So, Pat is the stepmother to Rehagen, who was born on November 2, 1998. Now, we can often see them all together as a big family. 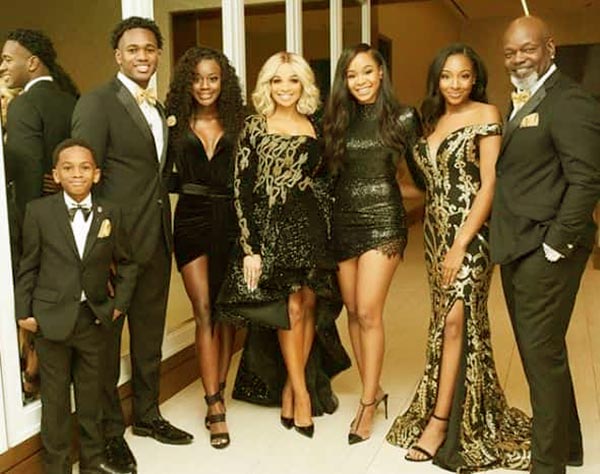 Caption: Patricia Southall, Emmitt Smith, and their all children

Patricia has been married to Emmitt for a long time now. She is focused more on her husband and kids. We can often see her writing books and running a business, but more than that, she tends to give more to others less fortunate. She has gathered a considerable amount of fortune over the years.

She has had several sources of income, so her net worth is a massive amount of $500,000 as of 2020. On the other hand, her husband is a millionaire. Even if Emmitt is a retired professional football player, the NFL legend has a massive net worth of $18 million.

However, her ex-husband is really a moneymaker. Lawrence is a successful actor and stands up comedian. He has served as a comedian for several decades. Also, we have seen him in several movies and series. Now, Lawrence is living a lavishing life with his current wife having a fascinating net worth of $110 million as of 2020. Wow, that’s really huge.

We had a blast with @gatorsfb this weekend!!! Thanks to everyone who made sure EJ had an amazing official visit!!! 🐊 @therealejsmith @emmittsmith22 #recruitmentvisit