As creatures with astounding emotional systems, we humans can not be subject to a lot of heartbreaks and disappointments. However, some people have fought hard through it while still being in the public eye.

Such is the case with Mercedes Javid is a famous diva that we all have come to admire. She is a popular television personality who features in Bravo TV’s Shahs of Sunset. She had some eventful times on and off the show over the years.

From the tragic demise of her father to her shocking miscarriage, here are some fascinating things about Mercedes’s husband, son, and married life. Also, find out everything about her career, net worth, criminal history, and many more.

So, let’s being with a brief introduction of the star.

Mercedes Christine Javid was born on August 16, 1972. Her birthplace is Tehran, Iran, but she grew up in the states. MJ is 47 years old as of 2020. She was born to Iranian immigrants, Sham (father) and Vida (mother). She belongs to Perian-American ethnicity and holds an American nationality.

Talking about her education, she graduated from Beverly High School in 1990. Soon after, she studied in California State University to graduate in English Literature. After a while in 2002, she graduated with a Bachelor of Arts. Her early years were quite complicated.

Mercedes had to consume some diet pills at the age of 14. It was all because of her concerning weight gain, so she had to lose extra pounds from the very beginning. Also, she had a rough childhood with her parents, especially her mother. 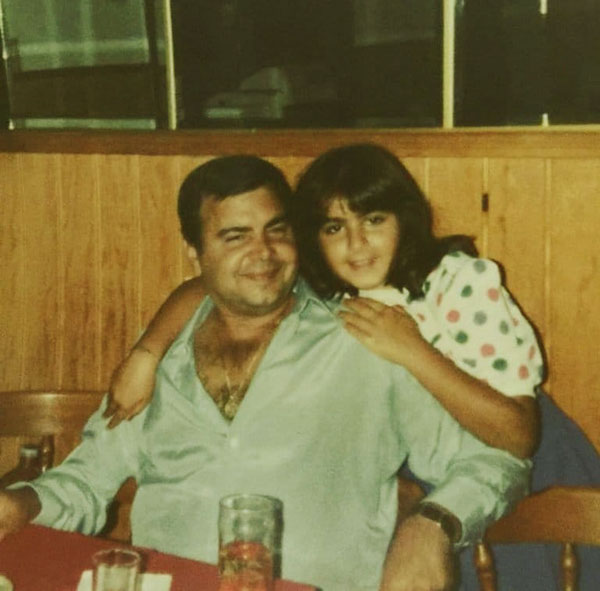 It was a nightmare for MJ, who had to see her parents being divorced. One can only imagine the pain and suffering of this tragic disaster. However, Sham and Vida lived in the same vicinity after their divorce only for the sake of their little daughter.

We can often see MJ’s mom on the canvas of Shahs of Sunset, and you might have probably realized that the two have many internal conflicts. They usually have explosive arguments on the show.

It’s a fact that Vida wants her daughter to follow the Persian way of life, but Mercedes, on the other hand, has no intention of doing so. Also, Vida had a face-off with MJ’s longtime boyfriend and now husband, Tommy Feight. She didn’t approve of their relationship, which is why Tommy unleashed his fury on Vida.

At a point, we were afraid that the two would never walk down the aisle, but things turned out to be good. Despite all the conflicts with her mother, MJ had a close bond with her father.

However, Sham passed away back in May of 2018. Things have taken a drastic turn since then, as MJ and Vida have come to an understanding after the Sham’s shocking demise.

2 years ago today 💔 you had to go away. You fought as hard as you could to stay with me and Mom. Although I am sad that you never got to hold your grandson in this lifetime, I know your beautiful mom, my grandma, was waiting for you in heaven with open arms to embrace you, once again. Everyday with you was the BEST DAYS of my life and I’m so grateful that we had so many. You gave me EVERYTHING, you gave us baby Shams. Now I get to spend the rest of my days teaching him everything that you taught me. You are KINDNESS, you are LOVE. I love talking to you everyday, dad. I will keep striving to make you proud. Inshallah, in one hundred years, we will all meet again, where we will soar through the universe with your beautiful grandson, Shams Francis, at your side. Many people ask me how to cope with a lost one, and I always say that that we do it by accepting God’s plan, allow ourselves to gain strength and prospective on our new reality. Keep your legacy and memory alive by regaling stories everyday about all the beautiful ways you made our time together so precious. Love, your favorite daughter, M ❤️♥️❤️

Mercedes Javid’s Rise to Fame from Shahs of Sunset

Mercedes Javid, aka MJ, made her debut in Bravo TV’s Shahs of Sunset in 2012. Since then, she featured over 70 episodes and is a primary cast in the eighth season of this series. But before that, she had appeared in some smaller shows like The Jeff Probst Show.

However, she had her big break when she featured in the Shahs of Sunset. Her contribution to this industry made her famous in no time. As we know, this TV series is all about a group of Iranian American people who manage their life in both personal and professional aspects.

So, we have seen MJ be a part of this emotional hauls, attitudes, and conflicts of the particular individual. Besides this, she made some guest appearances in shows including Dish Nation, Shahs Come Clean, and many more.

Mercedes and Tommy met on Tinder some time ago, and they have been together ever since. Despite all the ups and downs in their relationship, they tied the knots on April 21, 2018.

Their wedding took place in a hotel rooftop in Los Angeles while Feight had already proposed her with a gorgeous ring, a long time before in 2016. 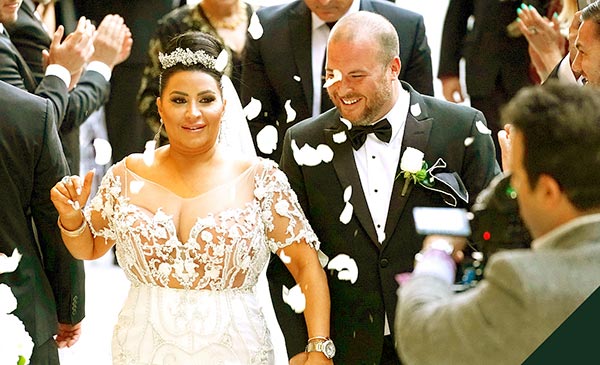 Mercedes Javid and her fellow co-star Reza Farahan were childhood friends. As we know, the actress was once a real estate agent. She worked with her friend Reza in the building business while they both worked together in Keller Williams Realty. 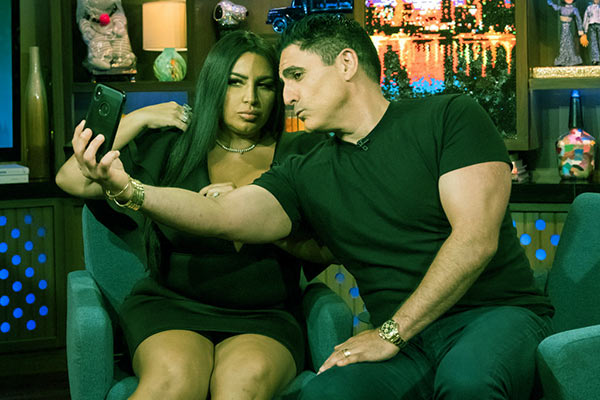 For those of you who don’t know this, it is an international franchise of real estate business and things related to this field. It was back in the days before their debut in Shahs of Sunset.

However, things took a turn for the worst when their friendship ended because of Javid’s now-husband, Feight. According to the police reports, Tommy was accused of trespassing in Farahan’s property.

Also, Javid’s now-husband threatened to kill Reza and Adam. They also had a video that showed Tommy jumping over the fence and trespassing the property. Feight served a total of 10 days in prison and three years probation.

Mercedes Javid has a Son, Her Miscarriage & Near-death Experience

MJ gave birth to her first baby boy with her husband, Tommy, in April of 2019. She named their son Shams Francis in the memory of their deceased parents. But before this, Javid had a miscarriage and had to go through a surgery.

Even after giving birth to their son, she had to go through some severe surgery, which took about a total of 5 hours. Because of the post difficulties, she cannot have any more children. It was a near-death experience for Javid, which has now changed her life.

Maybe I’m biased, but this kids got a lil swag already in this shot! 🙏🧿 Caption this 👇 And don’t forget to watch a new episode of #Shahs tomorrow night at 9pm on @bravotv #shahsofsunset #BabyShamsFrancis

How much is Mercedes Javid Worth? 2020 Updates

MJ has gathered a massive fortune over the years. She lives a lavishing life with her family in a stunning home in Los Angeles. Her primary source of income includes her social media influence and from appearing in Shahs of Sunset. 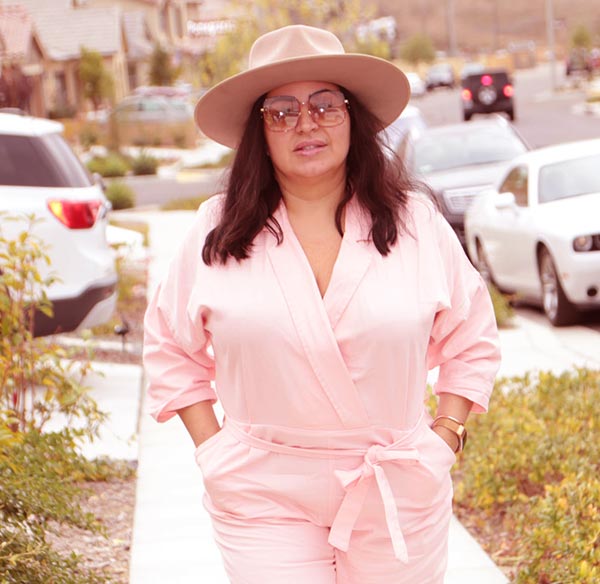 Even more, she has earned a hefty sum of money as a real state agent. So, her net worth is an outstanding figure of $5 million as of 2020.

Before making a career as a television personality, MJ worked at a bank in Beverly Hills. She was a teller in the age of 189 at the Home Savings Bank. While she was there, she committed bank fraud.

In 1994, Javid pleaded guilty, and she did not have any monetary benefits after the initial investigation. She served jail time for almost a month and had to be in house arrest for the rest of her punishment time.

Javid went through the real struggle, but she finally paved her way. She served probations, community work, and other such events for the crime she did.

MJ is active on social media, including Twitter and Instagram. We can also point her out as an Instagram babe. She regularly posts exotic pictures while she has over 416k followers. She does not hesitate to flaunt her fabulous body while her fans can’t resist her sensual photoshoot.

The new season of #Shahs is all about being a new mom; raw, vulnerable and grateful as I could ever be. Thank you, #NYC for an amazing trip @themorningtoast @cheddar @okmagazine @people @thepeoplesreality @dailymail @alicialquarles @betches ****Glam by @darianmarie_mua This gorgeous do by @ddstyles__ ***** Styled by @brandonliberati tape ins hair extensions by @vickicasciola @hairtalkusa