Home
Show Cast
What Happened to Gator Boys? Meet the Cast – Where Are They Now?

With the human population growing at unprecedented rates, we find ourselves pushing more and more towards wildlife territory. While it may be a new issue for some people, the strange land of Florida is where wild animals cross paths with humans. Yes, we are talking about the alligators and the pythons, but luckily, Florida has its heroes who make sure neither parties sustain harm during an encounter.

Yes, we are talking about people like the cast of ‘Gator Boys.’ They handle alligators by safely removing them from public places and either returning them to the wild or sanctuaries and conservation parks. The Gator Boys became one of the most famous people in the profession through their show and their ability to wrangle alligators with just their bare hands.

However, it has been years since the show was canceled, so where are they now. Find out what happened to the Gator Boys cast along with their net worth, and casts including Jimmy Riffel, Paul Bedard, and Ashley Lawrence. Also, why was the show canceled? Will Gator Boys return?

Why was Gator Boys Cancelled? Are they returning?

Gator Boys was a show which told an extra-ordinary real-life story of a small cast member famous for hand wrangling and wrestling alligators found in public or unpractical places. They would then either take it back to the wild or in their amazing Everglades Holiday Park, which is a prime tourism spot for whoever wants to experience the gator-infested Florida.

The show brought in viewers from around the world with a new take against hundreds of other alligator shows was the cast member’s ability to work with dangerous reptiles without the use of any tools like hooks, ropes, and cages that would reduce the harm done to the animals. It made the entire show more thrilling and humanistic, at the same time promoting its enormous success.

However, after its inception in 2012, after six successful seasons, the series was canceled as of 2014. 2020 will mark the 6th year after the shows cancellation and still no word as to why. Even all our results could not find a surefire reason, but we have a pretty good theory. We know that reality shows are always subject to skepticism, and ‘Gator Boys’ was no different.

Among the many, some of the controversies that really was a hit on the show were;

Alligators may be a continuous problem for Florida natives, but there is still a pretty strict law on hunting and possession of the species. You need to have specific paperwork to handle such dangerous and yet beautiful reptiles. 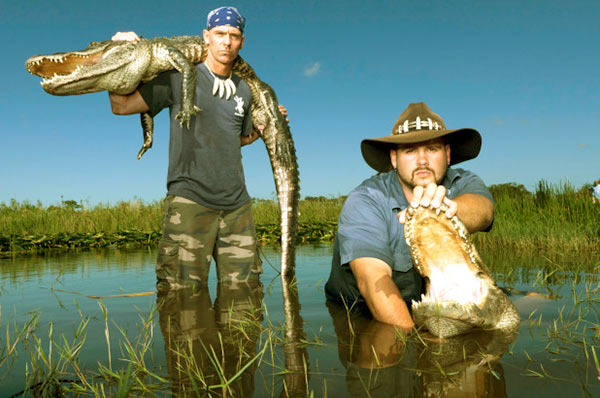 Caption: Paul Bedard and Jimmy Riffel were in an illegal court case

However, ‘Gator Boys’ cast member, Paul Bedard was out on a parking lot shooting some great clips for the show, he was attended by two police officers asking for the permit to handle the alligator classified as a Class II Wildlife. Bedard did manage to produce a license, but it was addressed to his co-star, Jimmy Riffle, who was not on the location at that point of the time.

If charged guilty, Bedard could either face six months in jail or $500 bail. Honestly, it does not seem like that big a deal as this was way back in 2012, and Paul Bedard himself thought so, as he went to court for a settlement without a lawyer. But we are considering all possibilities as to why the show was canceled, and legal affairs are always scandalous.

Fair enough if you think that Paul’s court case was too early to be the reason for the show’s end. How about his actions just a few episodes before the last season? 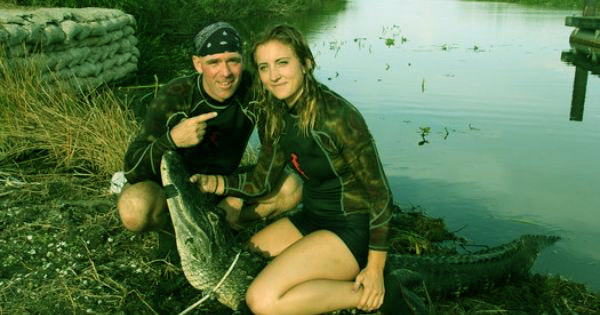 We all got to meet Paul Bedard’s girlfriend, Caroline Bravo, in the last two episodes of season 6. The show made every implication possible to emphasize that Paul Bedard knew and were dating each other only very recently. However, upon research, we found out that his girlfriend, Carol, was working at the Everglades Holiday Park since, at least, a year before her appearance.

Don’t we know if this was also that big a deal? But as we said, people are always looking for unauthentic content to downgrade reality shows. Since this was the latest incident before the end of the series in 2014, we think it could be a strong reason as to why the show was canceled.

Now that we have put that to rest, let us meet the cast of the show with their net worth and bio. ‘Gator Boys’ cast mainly includes three personalities; Paul Bedard, Jimmy Riffle, and Ashley Lawrence.

You already know about Paul Bedard’s controversy, so now maybe also learn about his bio. Paul Bedard originates from New England, the USA, being born in 1969. He grew up in Massachusetts, attending a Catholic School. He was an athletic kid, and when he was retrieving a ball that went into a pond, he would wrangle his first snake. 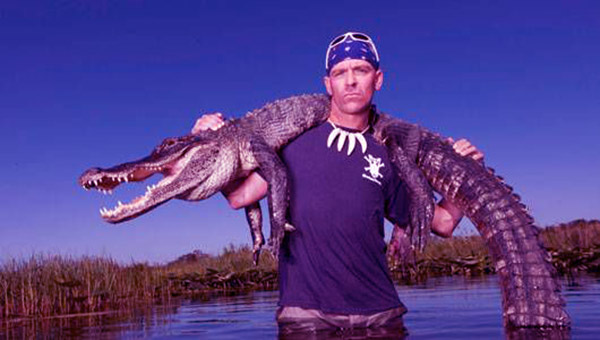 For much of his early life, Bedard would mostly be into athletics, particularly running. He was into double-ironman running and also an ultra-distance triathlon. However, it would change when he met his co-star Jimmy Riffle. Their common love for alligators is what drove them to establish their ‘Gator Boys Alligator Rescue, ‘ which would later become the subject of the reality show by the same name.

Jimmy Riffel is another main character of the show that is just as responsible for the success, if not more that Paul Bedard. Unlike Paul, Jimmy Riffel was born in Plantation, Florida in August 10, 1968. A graduate of the South Plantation High School, Riffel was a volunteer for the rescue, and exotic animals rescue in the Forests of Florida by age 11. 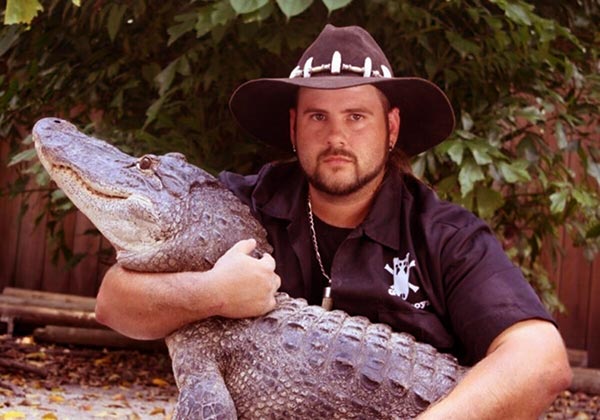 Caption: Jimmy Riffel from Gator Boys net worth is $600k

All his friends and brothers also came from the same background as him in dealing with animals. He was the manager of the national village by 18 years old. As Paul Bedard’s partner in crime, he would have a similar net worth to that of him. Similarly, like Paul, Jimmy Riffel’s net worth as of 2013 was $500,000. If we estimate it to his current situation, it is likely to have grown to an astounding amount of around $600,000.

Jimmy Riffel also had a girlfriend we knew of even in his Gator Boys days. The name of his girlfriend was Sara Barber. After dating for around seven years, he proposed and got engaged to Sara Barber, making her his fiancée. We are still waiting for their marriage. 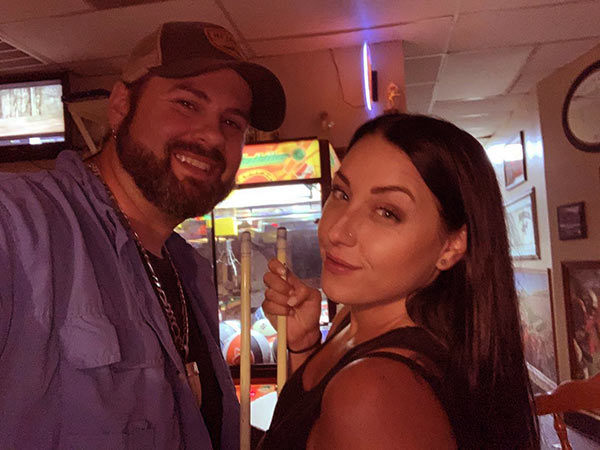 Why Jimmy Riffel Left? Is He Dead?

There were many queries we found about Jimmy Riffel leaving the show as well as death among the Gator Boys cast. Many people even went so far to connect the dots that they thought Jimmy Riffel was the one who dies. However, as clearly denoted above, Jimmy riffle is alive and well. We also remember Jimmy Riffel being the leading cast member of ‘Gator Boys’ from its inception to finish so, we don’t think all the death rumors or the one where he quit the show are real.

Ashley Lawrence is the only female cast of the show and for the right reasons. Wrestling gators is a pretty hard task and requires some serious muscle as well as courage and mental fortitude. Not everybody can put an alligator’s mouth under the clasps of their chin while they tie it up with their hands like Ashley, can they? Ashley Lawrence’s net worth as of 2020 is around $150,000. 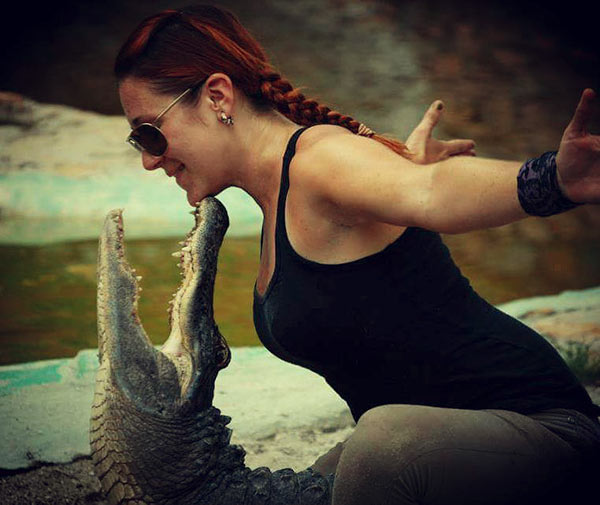 Ashley Lawrence, as many may remember, was dating her boyfriend, Chris Gillette, a supporting cast member and colleague of the show. You will be happy to learn that as of 2017, Ashley Lawrence and Chris Gilette are husband and wife. They got married and, as of 2020, will already be completing their three years anniversary as a married couple. We wish them only good luck in their future life. 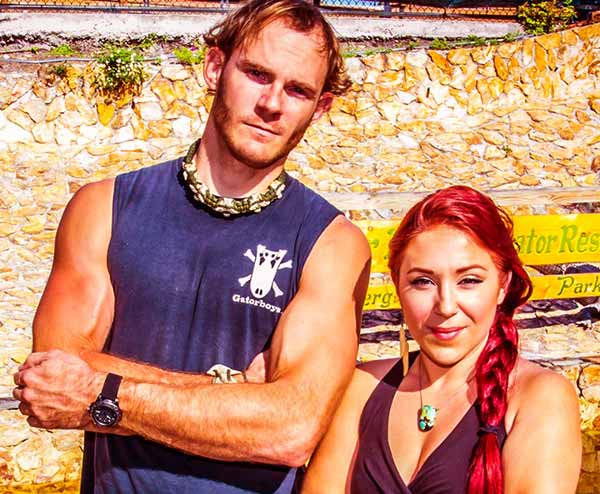