When you are happy, you listen to beats of the music to enjoy, but when you are hurt, you try to understand its meaning. Well, you might have heard the name of the 60s famous band The Four Seasons’s lead singer, Frankie Valli.

Frankie Valli is a singer who shattered the Billboard charts multiple times through the late 20th Century. The Four Seasons vocalist has been married thrice and has six children; among them, two are no more with us. The death of his youngest daughter, Francine Valli, left a scar in his life. How did Frankie’s youngest daughter die? 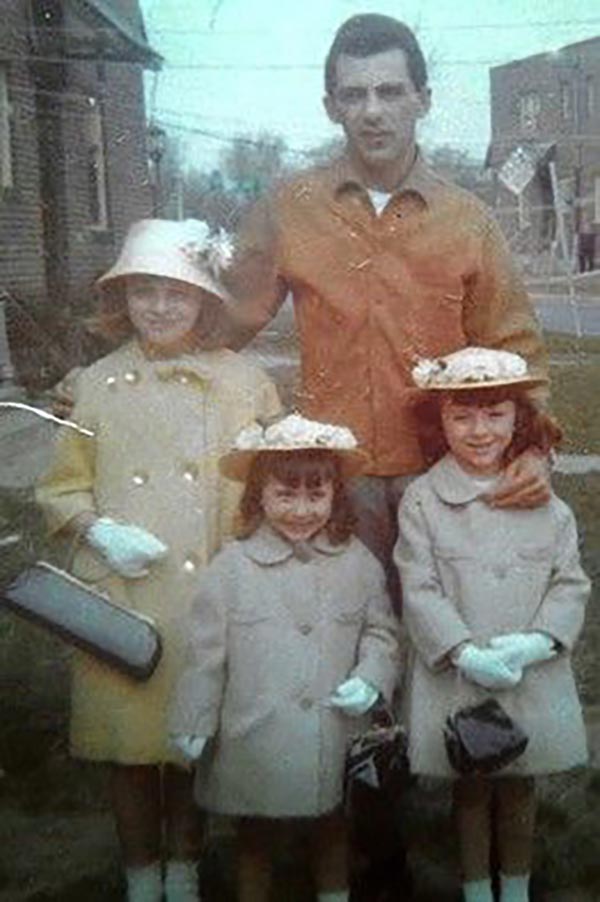 Caption:- Picture of Francine Valli with her father and siblings

Here, we bring the facts that you need to know about Frankie’s daughter, Francine Valli.

Francine Valli was the youngest daughter of the former couple Frankie Valli and Mary Mandel. Her parents Frankie and Mary, got married in 1954. 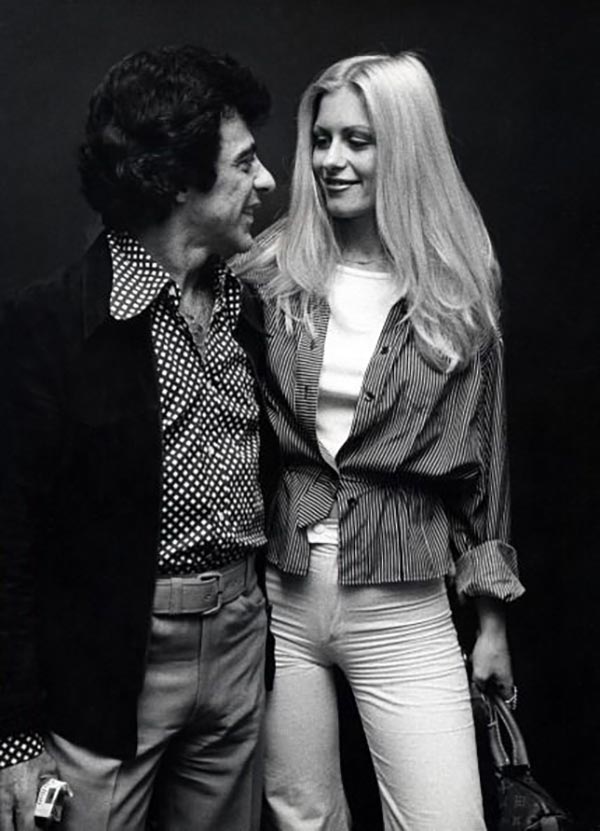 Her parents were living a blissful married life. But as time pass, things were not the same as before and started the conflict between the two. As a result, her parents ended their marriage into a divorce and parted their ways. Frankie and Mary got divorced after 17 years of marriage.

Francine Valli Died at a Young Age of 20

Francine was born to an American singer and actor, Frankie Valli, and first wife Marry Mandel in 1960, although her date of birth is still not known. Her birth name was Francine Castelluccio. Born to musician father, she already became a celebrity. 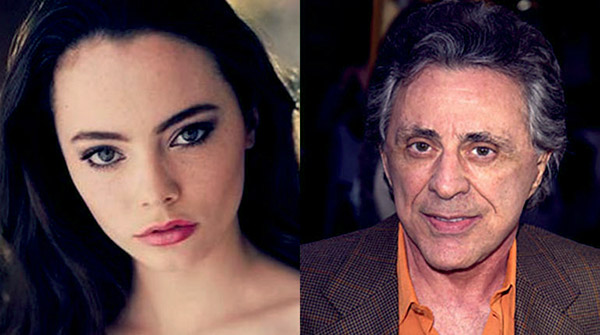 Before her death, she was attending college, but the name of the university and faculty have not revealed. Unfortunately, Francine Valli left the world at the age of 20. If she was alive, Francine’s age would be 60 years today. It is always a shame to learn about the passing of such an innocent young soul.

Cause of Francine’s Death

However, we came to know that Francine Valli’s actual cause of death was a drug overdose. His daughter died from complications after taking the mixture of Quaaludes (a sedative and hypnotic medication) and alcohol.

Unfortunately, we are unable to find her official obituary. Further, it is reported that her parents were aware of her drug addiction and attempted to keep her away from it. They even sent her to the rehab center. Who knows the legendary singer would lose his daughter like that, not even in a dream.

Six months earlier, Francie lost her oldest sister, Celia Sabin Selleck, who was born to her mother’s previous marriage. When her parents got married, Celia was only two and a half years old.

Celia died after she fell off a fire escape. She looked out of her NY apartment and tried to get out through the fire escape and fell. The same year, Francine Valli paternal grandfather suffered a stroke.

Francine Had a Great Voice

Francine had a beautiful voice and was about to start her career in the music field with her dad. Tragically, her singing career ended before it started. However, you can find online audio recordings of her. She had sung a few songs like ‘I Try,’ ‘Street Life,’ and ‘Midnight At The Oasis.’

Francine Valli In the Jersey Boys Musical and Film.

Back in 2005, the musical Jersey Boys opened on Broadway. Besides the performances of Frankie and The Four Season’s hit recordings, it featured a biographical narrative by the band members (Tommy DeVito, Nick Massi, Bob Gaudio, and Frankie Valli) along with Valli that portrayed by John Lloyd Young. 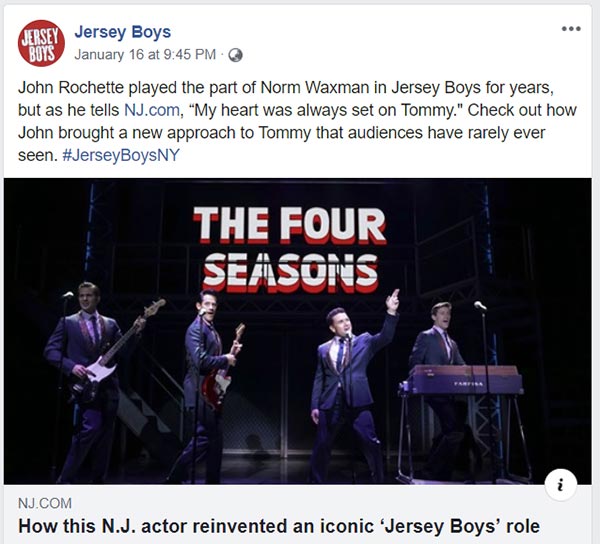 The musical show is based on some real-life incidents from Frankie’s life, including his late daughter Francine who died at the age of 20. The show has been widely acclaimed and won six Tony Awards. The musical play was adapted into a film of the same name in 2014.

In the movie, the character of Frankie’s daughter, Francine Valli, was played by actress Freya Tingley. But Valli’s stepdaughter, Celia death is mentioned neither in the film nor in the musical. Also, his second and third marriage and his sons’ story is not included.

What was Francine’s Net Worth Before her Death?

Francine was just 20 when she died. During the time, she was yet to start her career in music and wanted to become a singer like her father. However, she recorded a few songs but never released them. So, we can say she hadn’t earned a fortune for herself.

On the other hand, the Four Season lead vocalist has an amassed net worth of $80 million. Frankie makes most of his income from his albums and songs. Not only from the singing but also he makes a decent amount of money from his acting.

Frankie Valli is the lead vocalist of The Four Seasons who had hits like Sherry, Who Loves You and Working My Back to You. After gaining massive success, he later began as a solo artist and released a single ‘Can’t Take My Eyes Off of You‘ with the brassy in 1976 that peaked at No. 2. Some of his top charted songs include ‘My Eyes Adored You’ and ‘Grease.’ Click the video below.

Outside of Music, he tried his hand in the film industry. In 1998, Frankie played the role of Frank LoCascio in the TV movie “Witness to the Mob.” Further, he made appearances in many television series such as Miami Vice, Full House, Hawaii Five-0, and Big Girls Don’t Cry.

The late singer had one sister and three half-brothers who were born from her father’s third marriage. Her older sister, Antonia Valli, resides together with her family until 1997 and then moved to her grandparent’s house in New Jersey.

At the time, her sister was dating an unidentified guy and later went to marry Four Season’s band members Gerry Polci. Antonia and Gerry have two children before their divorce. She has three half-brothers; Francesco, Brando, and Emilio. Brando walk to his father’s path, and now, he is a well-known actor and singer.

Thankfully, despite all these tragedies, Francine Valli’s father is still alive and healthy. He is currently 85 years old and will turn 86 on 3rd May. Frankie is not just healthy but fairly active in his career. He still performs with Four seasons all around the country and worldwide.

Looking forward to being on @ktlaENT and @samontv this Thursday, February 21st to discuss my upcoming concerts at @SabanTheatre Feb 28 & March 1. pic.twitter.com/UUM2mNZClz

In January, they performed for the first time in Colorado in their career, along with a bunch of other states. His fans who came to see his performances agree that he still has the ability and charisma as he did when he was a breakthrough star in his younger days.

The ticket to one of his shows can range from 38$ to 153$ plus other expenses. If you are really interested, you can always check out his official website, frankievallifourseasons.com, for the tour dates and location for where and when he will be performing.